A parrot says ‘I love you’. A dolphin tries to speak. A woman spends a lifetime trying to understand. 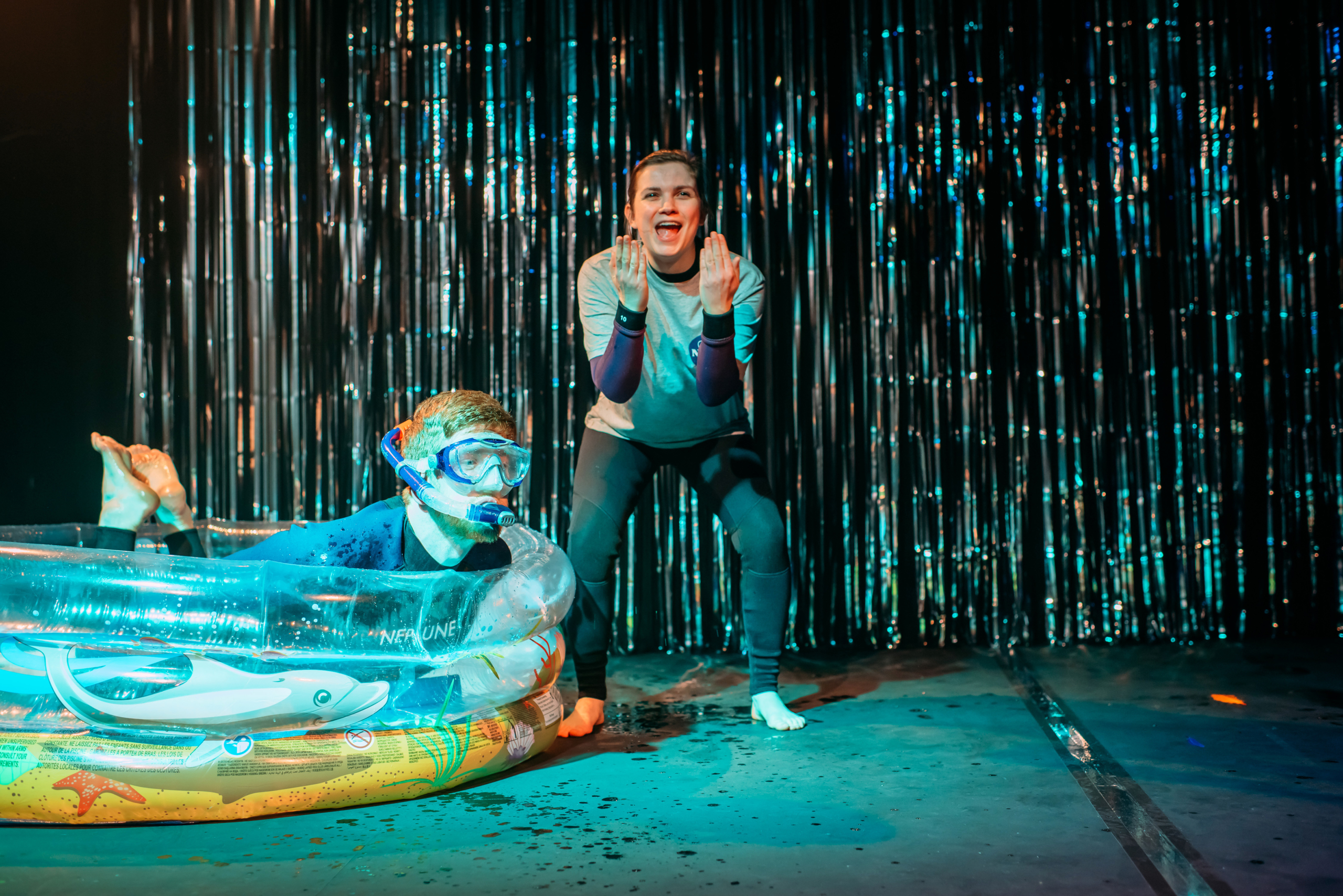 Newly announced National Theatre of Scotland Company in Residence SUPERFAN set off on tour from 4 April – 1 May 2020 with Like Animals: a funny and poignant look at love and communication in human (and not so human) relationships.

Directed by Herald Angel Award winner Ellie Dubois (No Show) and inspired by true accounts of research scientists working to communicate with animals, Like Animals weaves stories of human-animal communication around an exploration into the real-life relationship of performers Kim Donohoe and Pete Lannon.

Every night, Alex the parrot and Irene the scientist bid one another farewell with ‘be good, see you tomorrow, I love you.’ As time marches on and their relationship deepens, Alex begins to use the language he has learned from Irene to manipulate her. Peter the dolphin lives in a flooded house with Margaret, who is teaching him English. Working together in a bizarre NASA-funded experiment, their relationship garners unwelcome attention in the press with headlines such as ‘The Woman who lived in sin with a dolphin’ (The Telegraph, June 2014). Delving into the research, Kim and Pete tell these stories with only a paddling pool and a couple of wetsuits.

MJ McCarthy’s delicate score and Rachel O’Neill’s surreal, contemporary design draws audiences into the joy and heartbreak of trying, and sometimes failing, to understand another being.

Like Animals has been developed in association with Tron CREATIVE through their Scratch and Tron Lab opportunities, and with support from Creative Scotland’s Open Project Fund.

“A quirky, thought-provoking two-hander” ★★★★ – The Telegraph

“Communication between animals may be important on a scientific level, but good communication with the ones you love is essential” ★★★★ – The Wee Review

“At a moment when we urgently need to reassess our relationship with the natural world, an exploration of human-animal connections feels timely” – Recommended Show 2019,  The Guardian

Art contest pupils in the frame for high praise