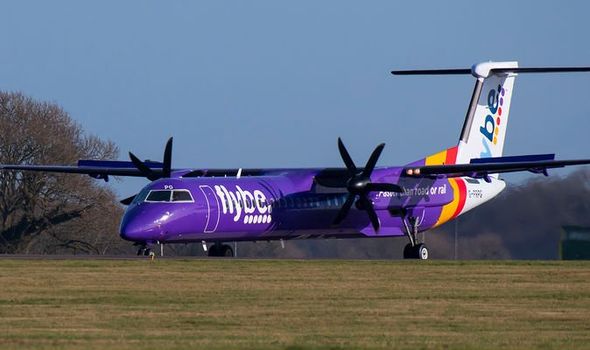 A spokesperson for AGS Airports which owns and manages Aberdeen, Glasgow and Southampton airports, said: “The loss of Flybe is a devasting blow for the airline’s employees and the tens of thousands of passengers who relied on its routes. It unfortunately brings into stark focus the fragility of the UK’s domestic connectivity. Earlier this year the UK Government committed to levelling up all regions of the UK by conducting a review of regional connectivity. It’s vital this work is progressed as a matter of urgency and reforming Air Passenger Duty (APD) is part of that review. We are already speaking to other airlines about backfilling the routes operated by Flybe for which there is clear demand. In the meantime, the advice to passengers who were scheduled to travel with Flybe is not to travel to the airport and to visit the Civil Aviation Authority’s website for further advice at www.caa.co.uk/news.

Government response to the collapse of Flybe

“Following a commercial decision by the company, Flybe has ceased trading.

“We recognise the impact this will have on Flybe’s passengers and staff. Government staff will be on hand at all affected UK airports to help passengers.

“The vast majority of Flybe routes are served by different transport options, and we have asked bus and train operators to accept Flybe tickets and other airlines to offer reduced rescue fares to ensure passengers can make their journeys as smoothly as possible.

“We know this will be a worrying time for Flybe staff and our Jobcentre Plus Rapid Response Service stands ready to help them find a new job as soon as possible.

“We are working closely with industry to minimise any disruption to routes operated by Flybe, including by looking urgently at how routes not already covered by other airlines can be re-established by the industry.

“Through the reviews of regional connectivity and Airport Passenger Duty we have announced, we will bring forward recommendations to help ensure that the whole of the UK has the connections in place that people rely on.

“Flybe’s financial difficulties were longstanding and well documented and pre-date the outbreak of COVID-19. We are well prepared a potential outbreak and this week we have set out an action plan with details of our response.”

Pupils dance the day away in schools contest
Scroll to top