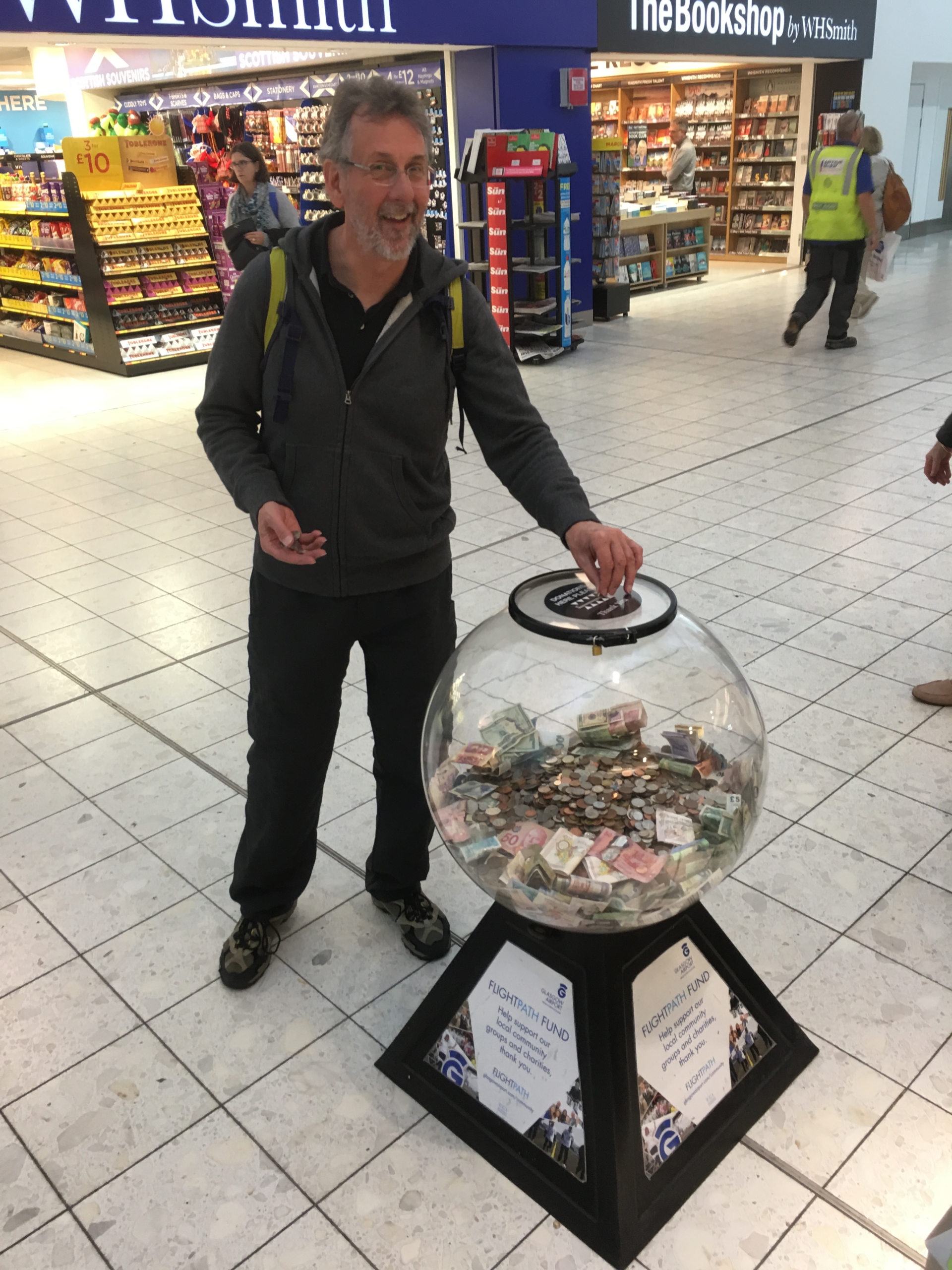 Glasgow passengers raised a staggering £20,000 for the airport’s FlightPath Fund in 2019.

The record amount was collected through the six FlightPath Fund collection globes positioned across the airport in which passengers can donate any left-over currency.

All monies raised through the globes are added to the £140,000 annual total donated by Glasgow Airport to the FlightPath Fund, which supports a diverse range of local groups, charities and organisations across the Glasgow, Renfrewshire, East and West Dunbartonshire local authority areas.

The top five currencies collected were:

Out with the weird and wonderful currencies of the world, several old coins were collected including pre-1947 Shillings, which have a 50% silver content, and a Half Sovereign 22-carat coin valued at £101. One very generous passenger also deposited a £50 note into one of the globes.

Glasgow Airport’s Managing Director Mark Johnston said: “Our FlightPath Fund collection globes normally raise anything between £12,000 and £15,000 a year, so to collect over £20,000 is fantastic news.

“A big thank you must go to our very generous passengers. Their generosity this year and in previous years is absolutely vital in ensuring the FlightPath Fund continues to support the hundreds of community groups, clubs and charities that neighbour the airport.” 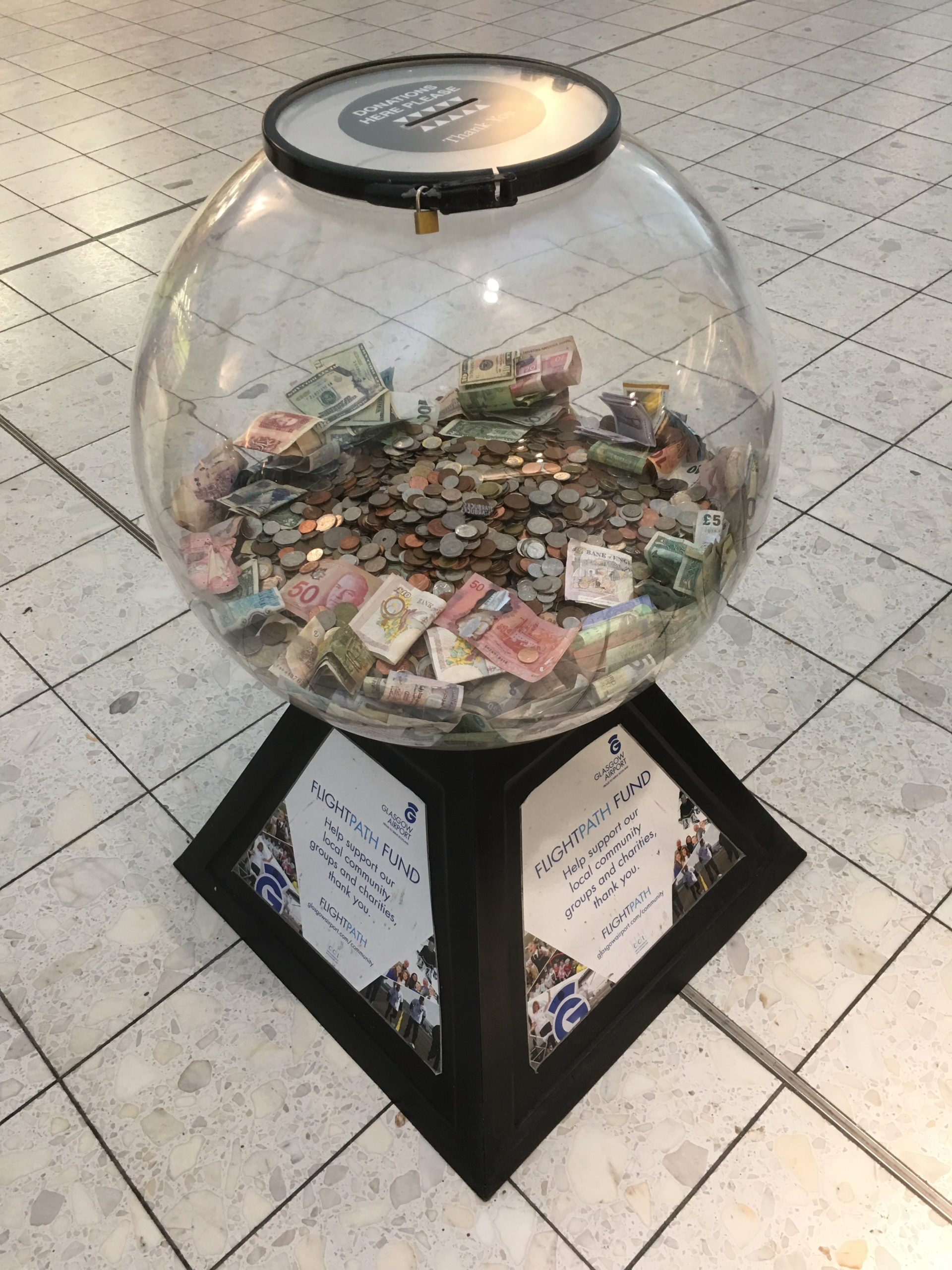 Set up in 2010, the FlightPath Fund has awarded more than £1.6 million in support to over 600 local charities, clubs and organisations. In 2019 alone, over 70 community-based organisations received over £110,000 in financial support.

This included a £14,000 award to the Ocean Youth Trust to support four voyages for youth groups in each of the local authority areas served. The Fund also provided £8000 to support the Flying Fish eco-learning primary school project run by the Clyde River Foundation.

To find out more about the FlightPath Fund, or to apply for funding support, visited: glasgowairport.com/flightpath-fund/