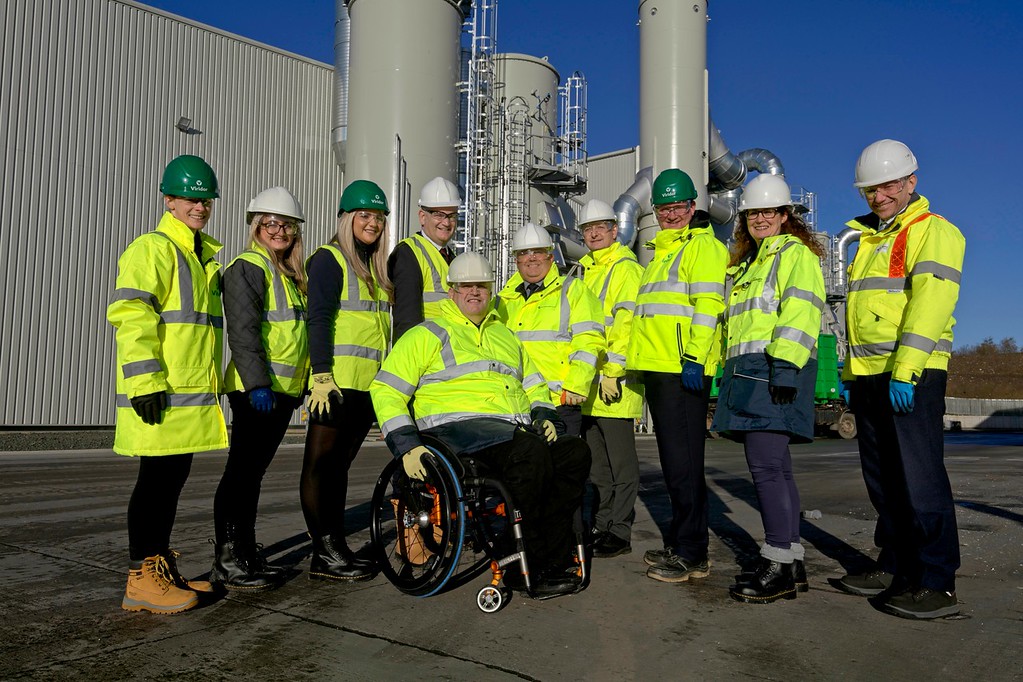 A unique new contract will see a minimum of 90% of Renfrewshire’s waste transformed into energy as the area meets the Scottish Government’s landfill ban.

It will see up to 190,000 tonnes of general waste diverted from landfill and converted to low-carbon energy and is expected provide a net saving of almost 50,000 tonnes of CO2e every year.

It will also deliver a guaranteed minimum increase in recycling for Renfrewshire, further enhancing the area’s growing environmental prospects having seen its recycling rate improve every quarter since December 2018.

Councillor Cathy McEwan, Convener of Renfrewshire Council’s Infrastructure, Land and Environment Policy Board, said: “A key priority of the council is tackling climate change and this project will make a significant difference to the level of C02 we produce by improving the way we deal with our waste.

“Anything that cannot be recycled will now no longer go to landfill and will be transformed into energy instead, making a real difference to our environment and taking our commitment to recycling to a new level.

“Our teams have been working hard over the last decade to make this a reality and we’re looking forward to working with our partnership authorities to ensure that the project achieves the environmental aims it sets out.”

This is the first partnership of its kind in Scotland and will see household waste taken from Renfrewshire and the other local authorities to a Materials Recovery Facility, where it will be further separated to remove recyclable materials before it is treated to produce a refuse derived fuel.

Then, at the brand-new Energy Recover Facility at Dunbar, it is burned at high temperatures, under carefully controlled conditions to produce 258GWh of low-carbon electricity for the national grid – enough to power more than 70,000 homes.

“The Clyde Valley Partnership is an excellent example of how local authorities can work together to deliver effective waste management and contribute to a circular economy in Scotland.

The contract will also see Viridor deliver a number of community benefits, including annual apprenticeships, educational school visits and training workshops for businesses.

For more information on Renfrewshire’s approach to waste and recycling, visit www.renfrewshire.gov.uk/mybins.

Glasgow News? Daily Updates part of our network
How Can CBD Oil Really Help You? Its Top Uses and Benefits Explain

Which HP Printers Use the Least Ink?
Scroll to top
Go to mobile version