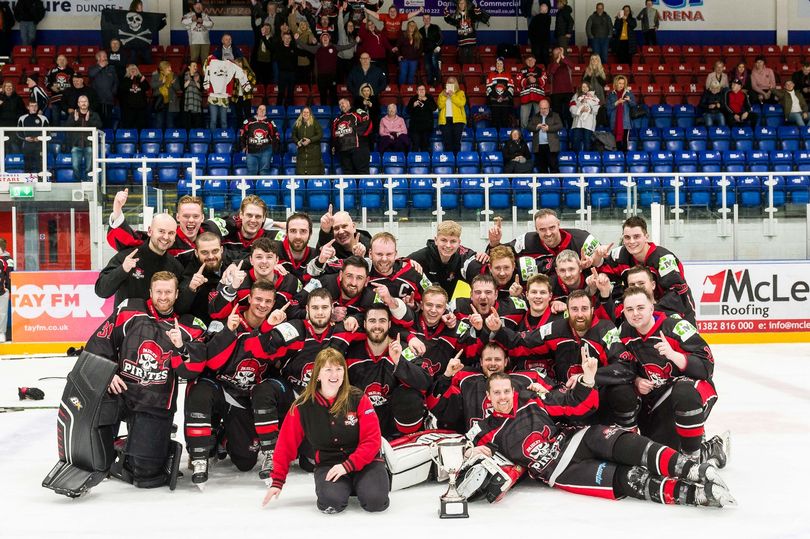 Pirates coasted to a comfortable win against their near neighbours in their final match of 2019, but only after they got over a sluggish start.

They were ahead after only three minutes as Thorp fired past Anderson in the visitors’ goal, but had to wait until the 17th minute to get their second through Conor Duncan after a period of misplaced passes and inspired goal tending by the Thunder stopper.

In the middle session, Pirates finally began to show some rhythm and scored five times in 9 minutes as Spiers in particular was finding plenty of room down the left flank and assisted on no fewer of three of the goals, Duncan completing his het trick while Thorp and Kenneth also got in the act, taking the score to 7-0 by the second break, and putting a more realistic look onto the board.

David Paul took over from Anderson between the pipes for the visitors at the start of the third session, but with Donaghy a virtual spectator in the other goal, the traffic continued to flow towards the Killie end. Spiers scored the eighth with a thunderbolt from the blue line after 45 minutes, and further goals from Andreucci, Duncan with his fourth of the night, and finally skipper Chris Turley took the final tally to eleven. A shots on goal total of 73-8 tells the story of the night.

After the game, player/coach Adam Walker said, “We started a bit slowly but I thought that overall the performance was better and we could maybe have scored a few more.”

Pirates next home game is on Saturday 4 January when they are first footed by Dundee Comets (face off 6.30pm)

How You Can Choose the Best Company Formation Service?
Scroll to top