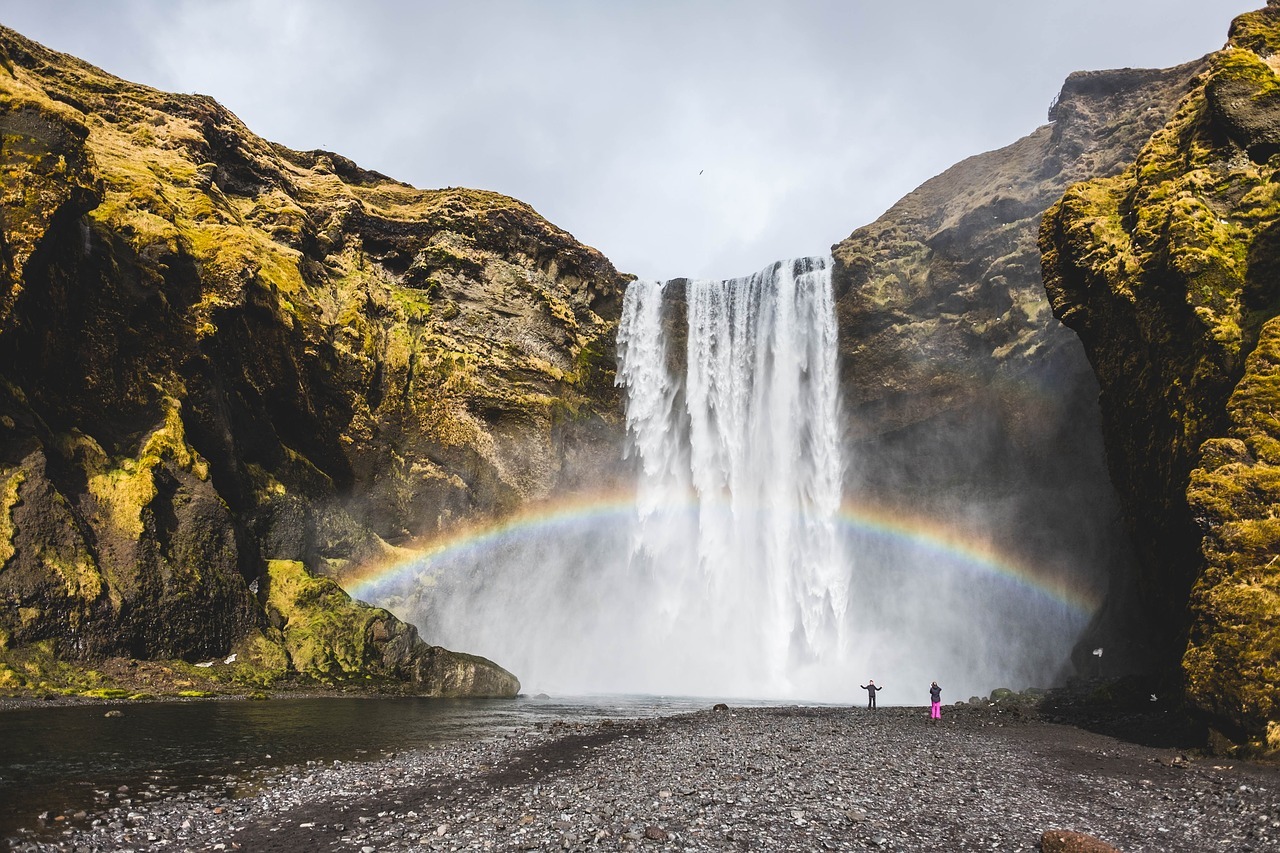 Iceland is known for many things. It has glacial rivers, lava fields, volcanoes, rugged yet beautiful landscapes, and the Northern Lights and Midnight Sun. It is also home to some of the most beautiful waterfalls in the world. Many of the most popular waterfalls are with a days’ travel by car from Reykjavik.

When it comes to travelling in Iceland, car rental is the easiest and best way to do this. You can hire a vehicle for any length of time. Making day tours from Reykjavik possible.  Also read: The best things to do near Iceland’s Ring Road, by Hekla.

Hire car vendors such as Reykjavik Cars supply a good range of vehicles, including F-Road capable four by fours. Once you have your hire car you’re free to explore Iceland and visit some of the most amazing waterfalls in the world.

Head north on the 864 road, and you will come to the largest waterfall by volume in Europe. Every second 500 cubic metres of water plunges 45m below. The 100m wide waterfall engages your senses on every level. The mist created by the ‘Beast’ can be seen from several miles away. The sheer power is what attracts people to Dettifoss.

Dettifoss is fed by the glacial river Jökulsá á Fjöllum which in turn is formed by the most significant ice cap in Europe,  the Vatnajökull glacier. Here meltwater from the glacier travels down the river until it reaches the waterfall. Eventually, this water will flow out to the Greenland Sea.

The waterfall has a fantastic viewing platform, and you are advised to wear waterproof clothing due to the amount of mist created.

Dettifoss forms part of the Diamond Circle and is located on a gravel road. If conditions are right, you should be able to reach it with a standard vehicle although you may want to opt for a four by four to be safe.

Skógafoss Waterfall is for many the best waterfall in Iceland. It features a drop of 62m and is 25m wide. If you are brave, you can walk up to the waterfall where it hits the ground. To do so, good waterproof clothing is needed. On sunny days rainbows form, and people have stated that rainbows form around them.

You don’t have to get too close to the Skógafoss Waterfall to savour the spectacular beauty. Instead, you can simply stand at a distance, and the whole majesty of it will fill your senses. Local legends believe if you walked through the waterfall, you would find gold.

You can also watch the waterfall from above. It is a bit of a climb, around 500 steps, but this new perspective is worth the effort, and you’ll get an amazing view out over Iceland’s coastline.

The Skógafoss Waterfall is only a two-hour drive from Reykavik as it is part of South Iceland. Follow the Ring Road eastwards, and you will see the waterfall from the road. You can leave your vehicle in the parking lot and enjoy the delights.

Svartifoss Waterfall is part of the Skaftafell National Park and located in South Iceland. Here meltwater from Svinafellsjokull glacier forms the famous waterfall and falls 20 metres over a cliff edge. One of the striking features of this waterfall is the basalt columns that flank it.

Another aspect is that the water hits jagged and sharp rocks at the bottom and the whole scene could easily fit into a fantasy epic such as Lord of the Rings.

You can’t help to notice the hexagonal columns. These are formed by slow cooling lava flows.

It is these unusual rock formations that put the Skógafoss Waterfall in the top five.

The waterfall is reachable from the capital, and you can camp overnight.

Head to North Iceland and between Akureyri and Lake Myvatn is the stunning Godafoss Waterfall, the ‘Waterfall of the Gods’. This makes for a wonderful day trip as you can visit the picturesque town Akureyri, the waterfall, and the lake. In fact, you are very close to the Dettifoss Waterfall as well. A few days in North Iceland as a minimum is recommended.

Although the ‘Waterfall of the Gods’ does not feature endless cascading water, it is a 12m drop and 30m wide, few can argue that it is not a beautiful sight.

The natural arc of the land gives the impression the waterfall is forming a lake below. In the lake, you will see swirling patterns form and vanish, and the scene has a magical quality.

The waterfall is very much part of Iceland’s history. It is believed that here Iceland’s pagan religion was abandoned as the country shifted to Christianity in a 1000 AD. Under pressure from Norway who was threatening to invade, lawmaker Þorgeir Ljósvetningagoði threw the old pagan idols into the waterfall abandoning the old religions once and for all.

The Gullfoss Waterfall is a highly popular feature of the Golden Circle tour. It is quite remarkable as it is in two stages and as it is viewed from above, few can help but be awed at the spectacular sight. It is formed by the Hvítá river that is fed by the Langjökull glacier.

Water drops 11m and then 21m into the Gullfossgjúfur canyon. This is remarkable and inspiring sight, and like all the waterfalls on this list, a must-see.

It is a good idea to familiarise yourself with Iceland’s road laws as driving safely in Iceland is a little different to anywhere else in the world.

Glasgow News? Daily Updates part of our network
Free for Three Pilot Scheme to Get Underway