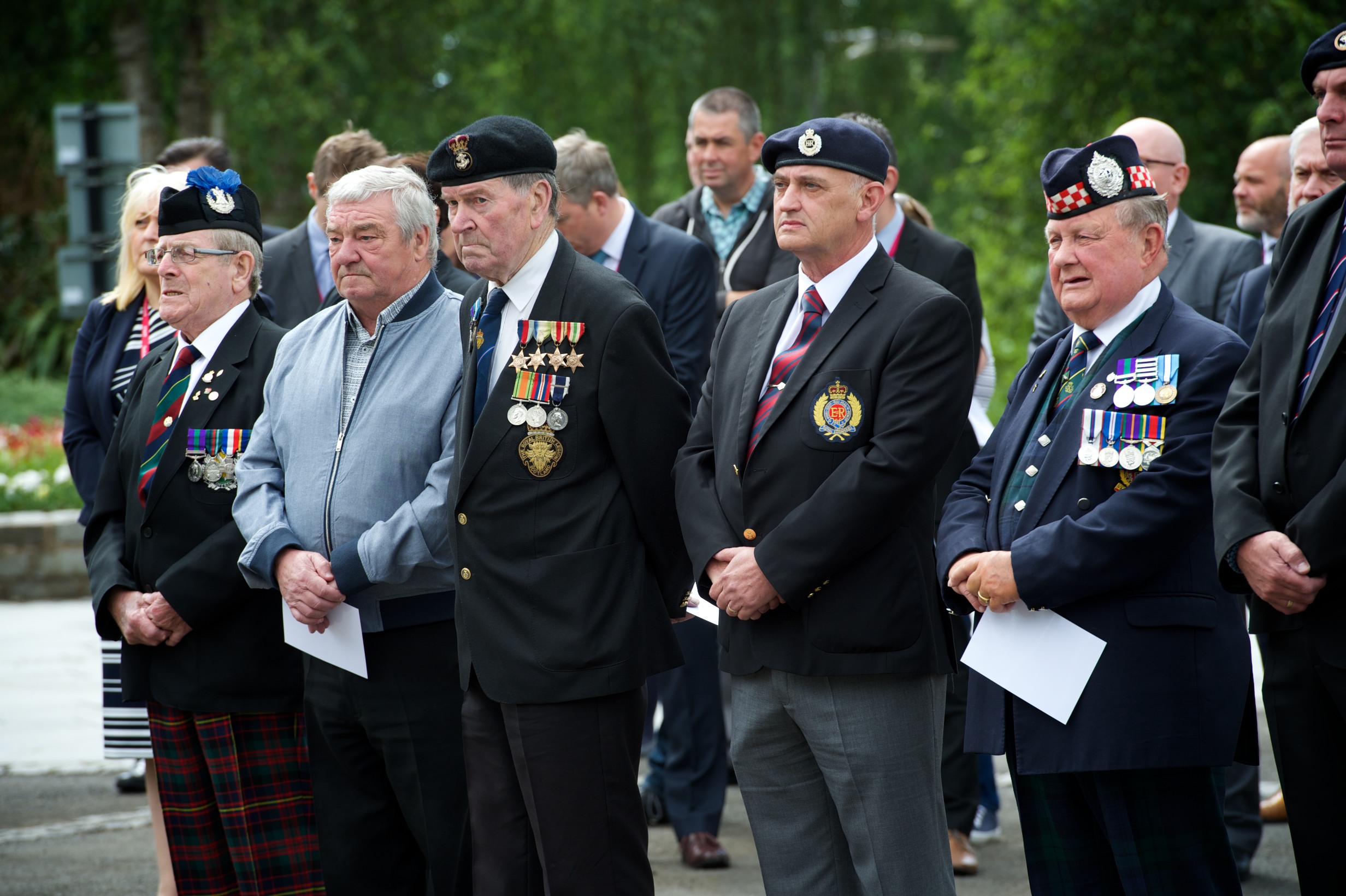 Renfrewshire and Inverclyde residents are being encouraged to attend a ceremony to celebrate our serving military men and women.

Serving troops, veterans and their families will join the Provosts of Renfrewshire and Inverclyde, as well as the Lord-Lieutenant of Renfrewshire, Colonel Peter McCarthy, to mark Armed Forces Day with a service in Paisley Abbey on Saturday 22 June. 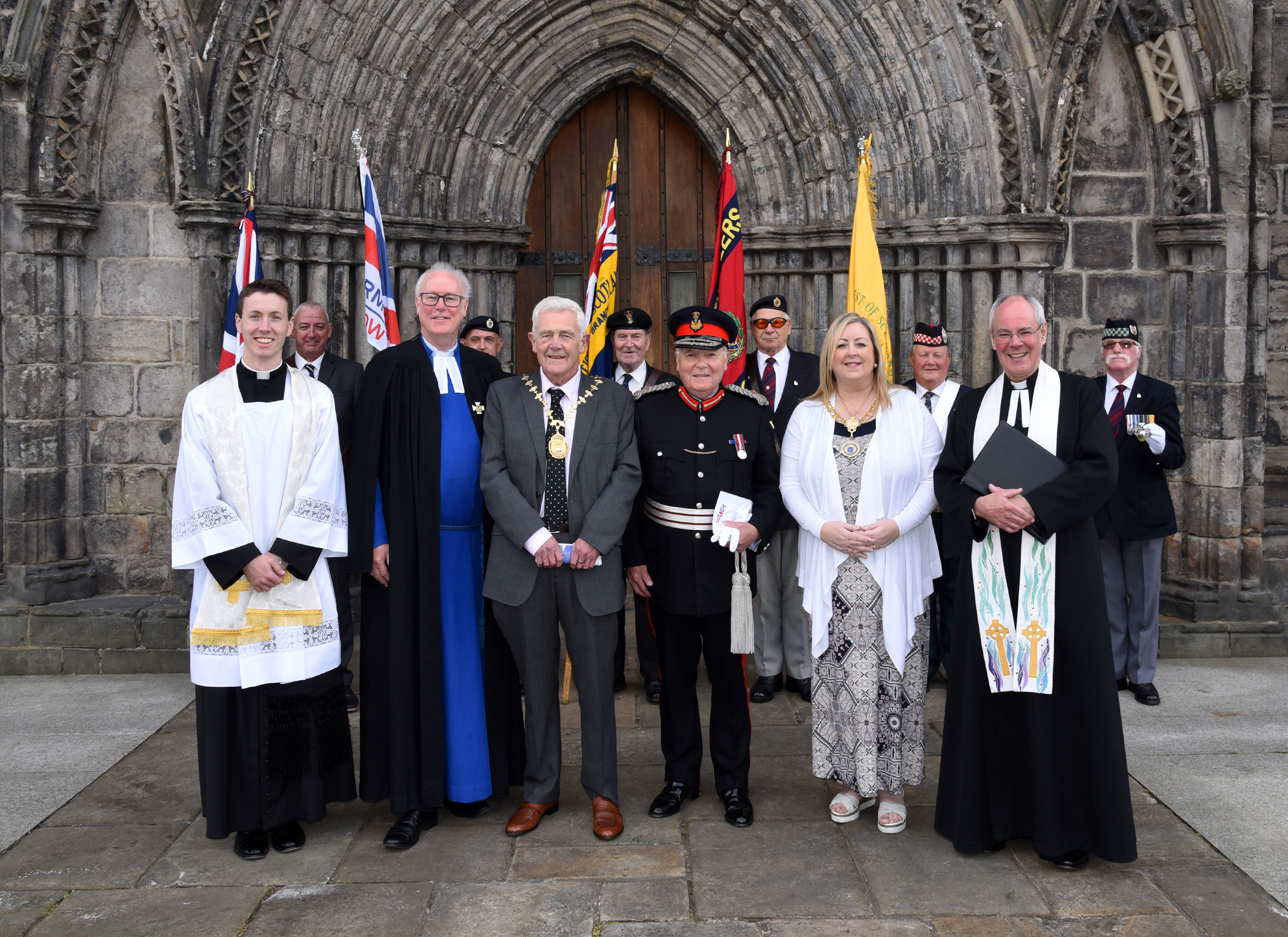 Reverend Alan Birss, Minister of Paisley Abbey, and Canon Oliver Freney from St Mirin’s Cathedral will lead a short service at 10am in Paisley Abbey to celebrate the men and women who have served in the Armed Forces, both past and present.

A collection will be held at the service with donations going to Bravehound, a charity providing companion dogs and support in training them to former servicemen, women and their families.

Renfrewshire Provost Lorraine Cameron said: “I am proud that we continue to recognise the sacrifices made by our Armed Forces each year in Renfrewshire. I have been honoured to speak with many ex-servicemen and women over the past two years who have shared their stories and memories.

“Armed Forces Day allows the communities of Inverclyde and Renfrewshire to come together to celebrate those who have served, and to recognise the contribution being made by members of our Armed Forces today.

“It’s important to show our support and I would encourage as many people as possible to attend.” 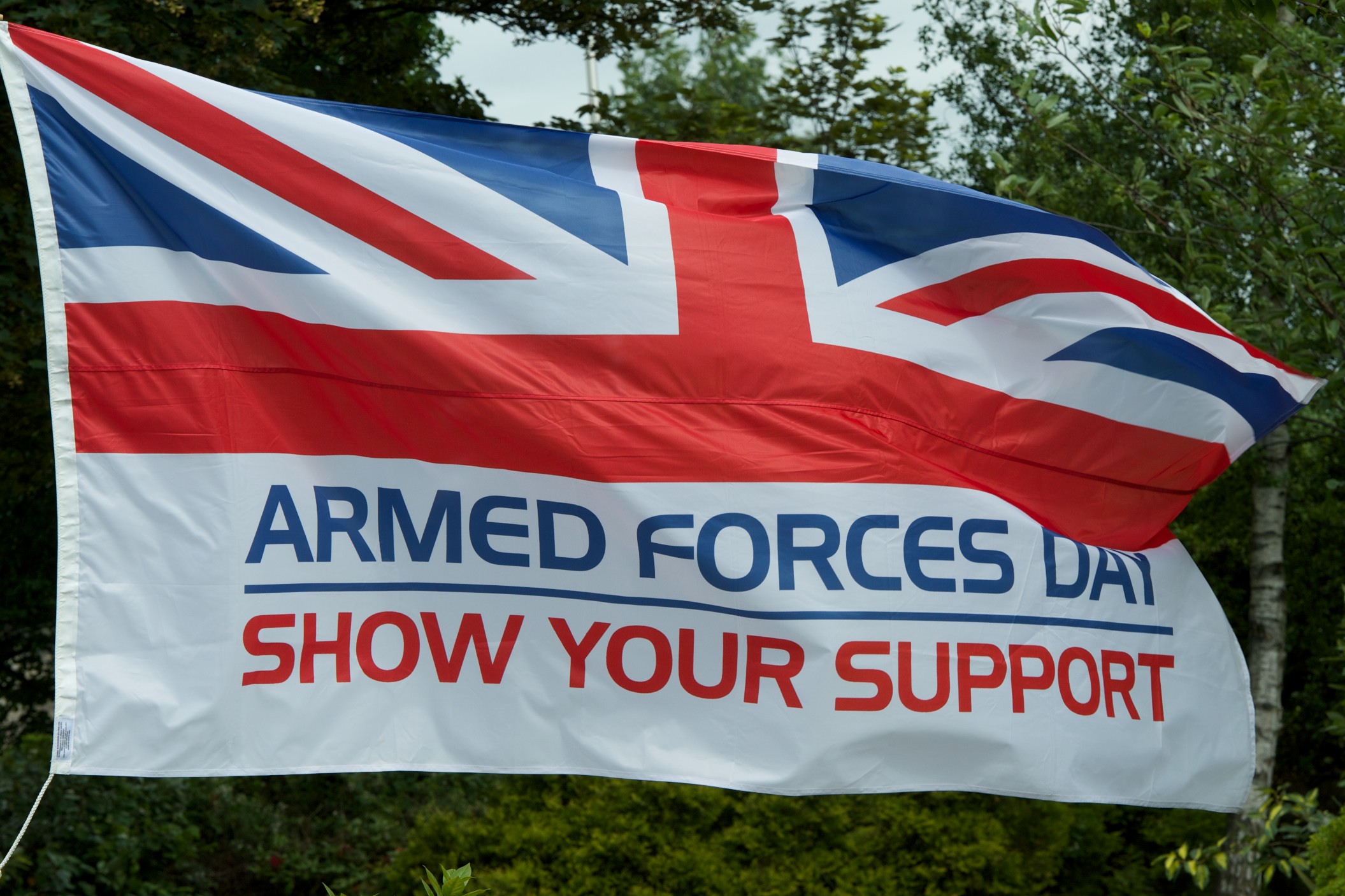 Inverclyde Provost Martin Brennan said: “Seventy five years ago Allied forces invaded Nazi-occupied France. Many of those brave men and women laid down their lives to save Europe and the world from the dark menace of Fascism. We should never forget that their bravery was instrumental in restoring peace and democracy to millions of people across the globe.

“Today our servicemen and women stand constantly ready to protect us from danger just as their grandfathers and great grandfathers did 75 years ago. We should never take for granted their willingness to safeguard us, possibly at the cost of their lives. That is why we recognise and honour them all today.”

As well as the joint service with Inverclyde, Renfrewshire will host a flag raising ceremony on Friday 21 June, at 11am, outside Renfrewshire House.

Veteran Ronnie Scobie, member of Scottish War Blinded, will raise the flag which will fly for seven days. Scottish War Blinded supports blind and partially sighted ex-service men and women and their families. They have recently opened an activity hub at Hawkhead in Paisley, providing specialist support and activities for veterans who have lost their sight.

Inverclyde will host a flag raising service on Monday 24 June, 10:30am, at Clyde Square, Greenock.

How to Revamp Your Entrance? Three Easy Steps
Scroll to top