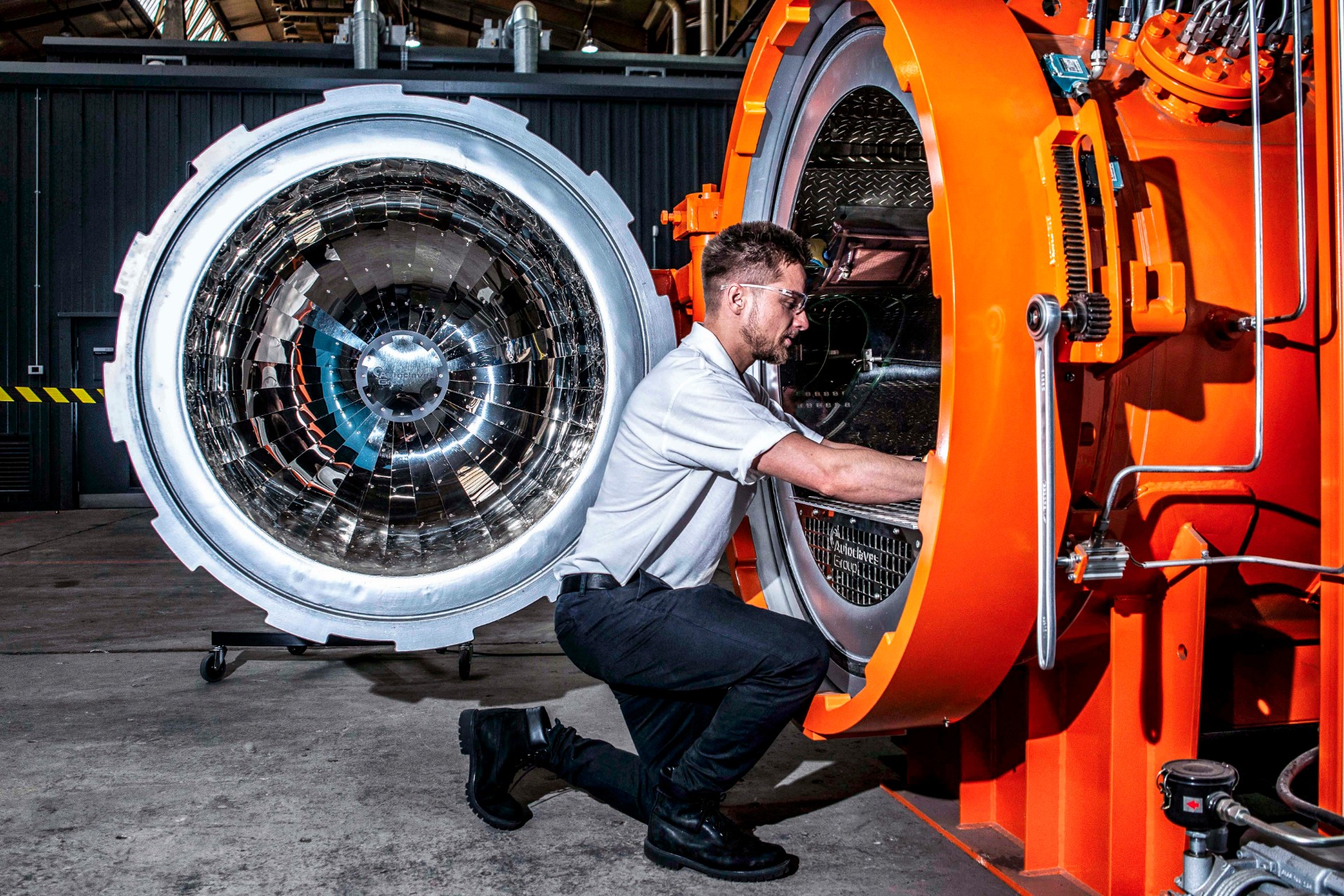 The Lightweight Manufacturing Centre opening in Renfrewshire represents “a significant step in our ambitions to be the beating heart of modern Scottish manufacturing”.

Based in the Doosan Babcock facilities at Westway Park and run by the University of Strathclyde, the centre helps manufacturing companies to benefit from lightweighting technology.

that provide a range of benefits including improved speed, increased strength, reduced costs and greater sustainability.

“I’m delighted to see the Lightweight Manufacturing Centre officially open and I’m excited by the benefits it can offer to manufacturers big and small,” said Councillor Nicolson.

“Every business is looking for that competitive edge while also recognising the importance of reducing their impact on the environment and I look forward to seeing local businesses benefiting from its expertise over the coming years.”

In partnership with the Scottish Government and Scottish Enterprise, Renfrewshire Council is leading development of the Advanced Manufacturing Innovation District Scotland.

Work starts this summer on the enabling infrastructure to transform a 52-hectare site next to Glasgow Airport into a hub for manufacturing innovation, home to NMIS and a £56million Medicines Manufacturing Innovation Centre.

Councillor Nicolson added: “There are already 9000 manufacturing jobs in Renfrewshire and it accounts for more than 20% of our economic output. There’s great potential to grow this even further and the Lightweight Centre opening is a significant step in our ambitions to be the beating heart of modern Scottish manufacturing. 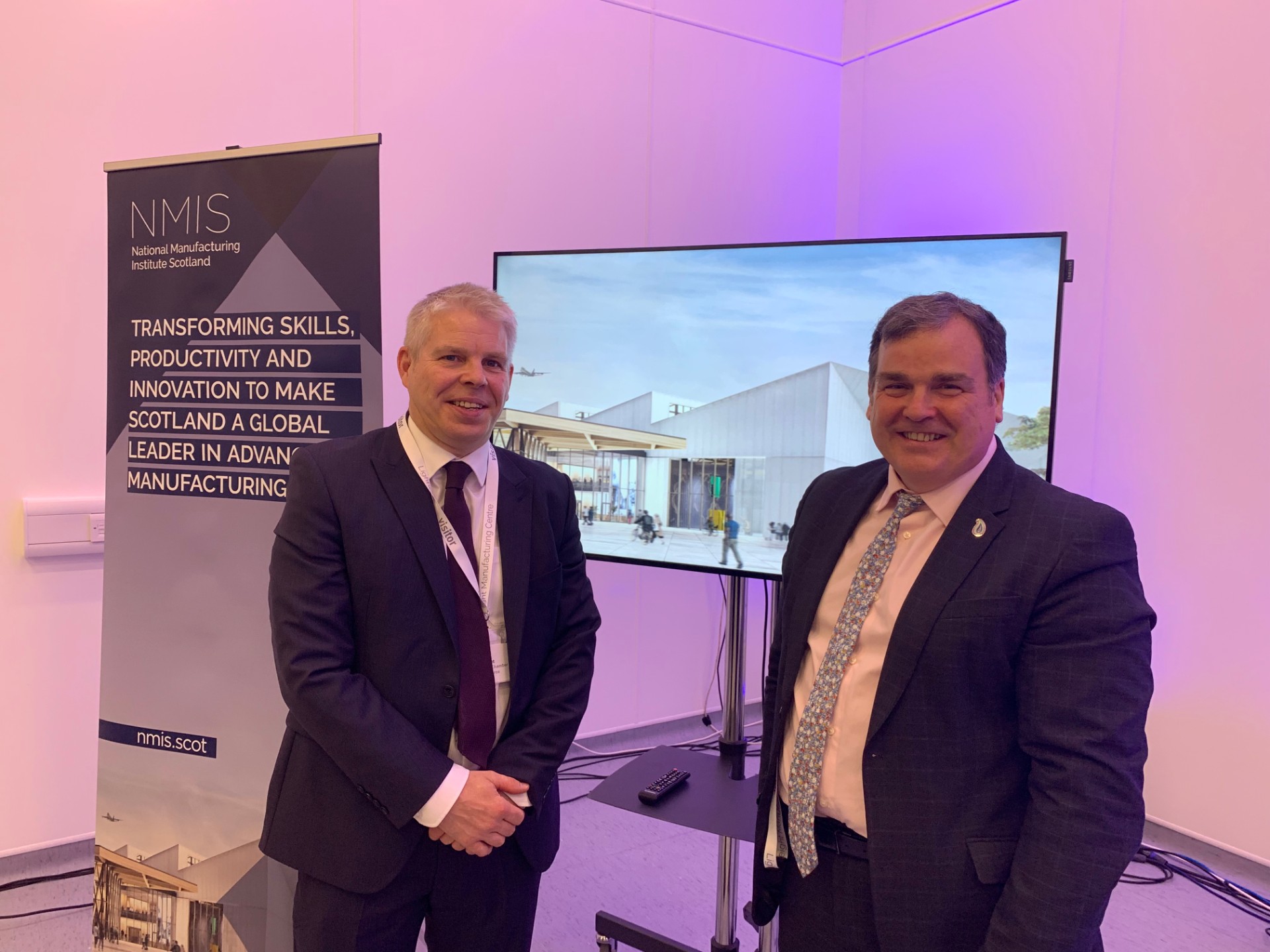 “We have always been a place rich in creativity and innovation and look forward to supporting the development of these major investments, ensuring they bring jobs and opportunities to everyone in Renfrewshire.”

Find out more about the Advanced Manufacturing Innovation District Scotland.

[Case study] Lightweighting has heavyweight potential for all manufacturers

Michelle Ferguson is Director of Scotland’s Bravest Manufacturing Company, which is a division of Royal British Legion Industries and a Social Enterprise which supports armed forces veterans and others with disabilities. Here she outlines how they have benefited from working with the team at the Lightweight Manufacturing Centre.

“We took over the premises in Erskine Hospital Estate last year and have grown to a team of 17, with our main aim of helping people who face barriers to employment to learn new manufacturing skills, gain confidence and independence.

“We manufacture road and rail signs, specialist engineering cutting and prototypes. We became aware quite early in our manufacturing days that a number of these products had a real impact on the environment, causing thousands of tons to end up in landfill each year, so we wanted to consider a way to prevent this where possible and potentially re-manufacture them.

“As we didn’t have the technological know-how, we approached the University of Strathclyde’s Advanced Forming Research Centre who put us in touch with the team at the Lightweight Manufacturing Centre.

“I was surprised and delighted that they would give consideration to a Social Enterprise project like ours and they were so welcoming, involving our Operations Manager Andy Russell along with two of our veteran factory operatives Gary Jamieson and William Murray, throughout the full process.

“Everything about them was positive and their expertise has helped us to find a solution which we’re now exploring further. We see it as a game-changer which could have a hugely positive impact on the environment.

“We’re very proud to be based in Renfrewshire, where manufacturing is a real growth industry and embracing new technology and innovation. Many people may come to us initially because we’re a social enterprise, but they stay with us because of the quality products we manufacture.”