Thanks to our partners at Mill Magazine we are going to bring you some great stories from people to places over the coming weeks, please visit Mill Magazine and give them all your support for an amazing publication.

Steven Thompson enjoyed a successful 20-year career playing for teams such as Dundee United, Rangers and St Mirren, before moving into football punditry for BBC Scotland. Mill tackles him in this exclusive interview.

Football and music don’t tend to mix. Anyone who’s ever heard a Scotland World Cup squad novelty single will attest to that. However, retired footballer Steven Thompson has been tethered to music since his early teens. 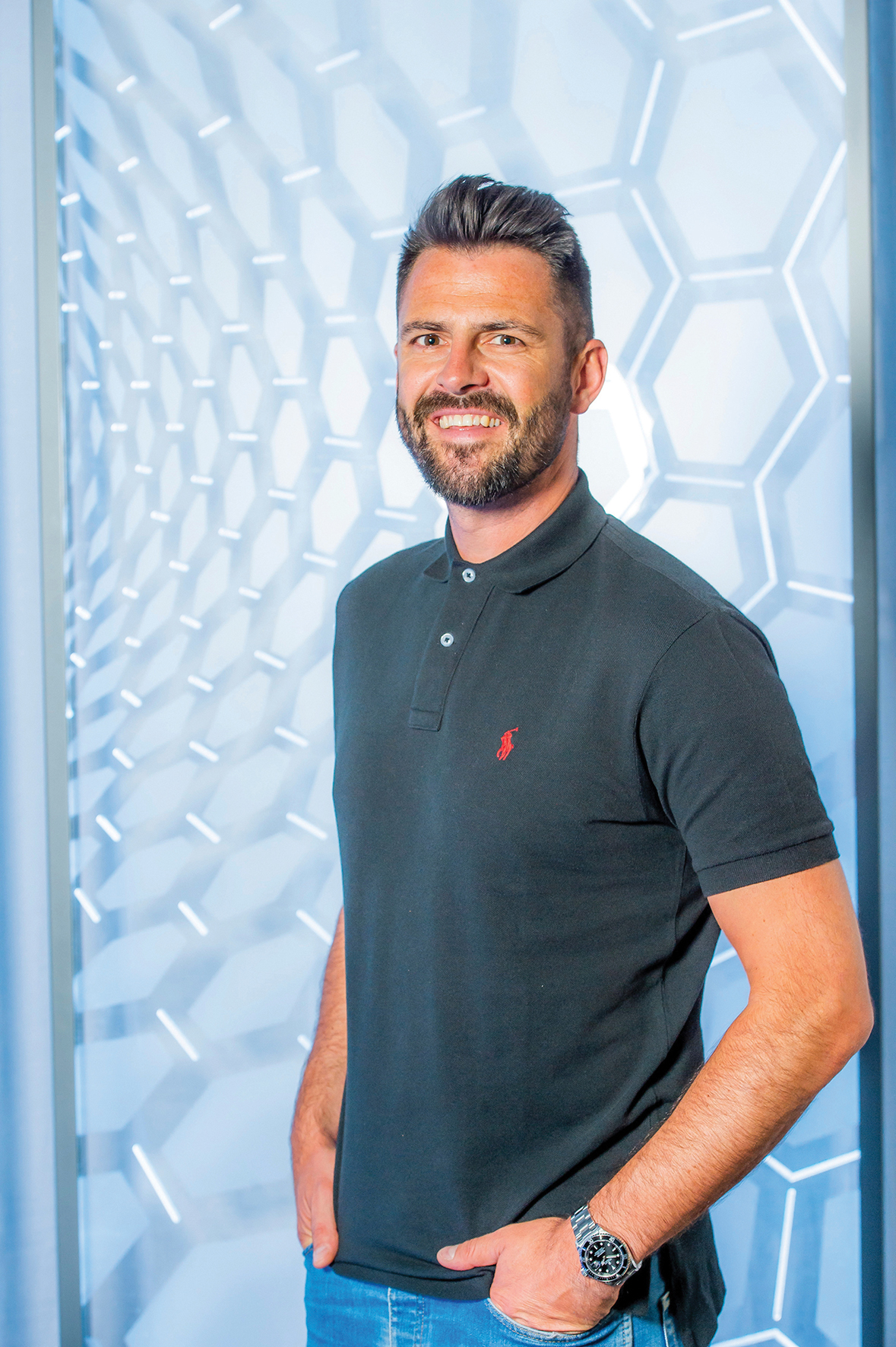 Born in Paisley yet raised in nearby Houston, he’d often travel by bus to visit Paisley’s fondly remembered record shop, Stereo One.

“I actually used to DJ a lot when I was a youngster,” he reveals. “I had the decks and the mixer, so I used to buy tonnes of records from that shop. I spent all my pocket money on records, I must have had about a thousand. I’d turn the music up to a hundred decibels and DJ away in my bedroom. That was my secret passion, not a lot of people knew I did it.”

A few years later, Thompson shifted his allegiance from hard-core dance to the happening sounds of Oasis and Blur. After receiving a guitar for his eighteenth birthday – the same year he signed with Dundee United – he spent most of his free time learning how to play.

“I’d pick it up most afternoons and became self-taught,” he recalls. “I reached a certain standard and then just plateaued, I never really took it any further. I’m probably still playing the same songs now that I was playing when I was eighteen. I actually had a book called ‘The Three Chord Beatles’ or something like that, so I learned to play basic versions of all these Beatles songs. You think that you’re some sort of rock star, but you’re not. I also really liked Jimi Hendrix, but I couldn’t play his music!”

Despite his passion for music, Thompson never seriously considered it as a career. “I would probably have liked to been a P.E. teacher had I not become a footballer,” he says. “I think that was in the back of my mind at school. I don’t think I could be somebody who’d be able to do an office job or somebody that had to sit still for any period of time.”

So how did he make the seismic shift from bedroom DJ and Beatles busker to professional footballer? “Dundee United had a really good scouting network in Glasgow when I was growing up,” he recalls. “I used to play with local boys’ clubs, I played with Gleniffer Thistle, and they would come along and watch games. So they scouted me, and I left Gleniffer to go to Dundee United. Then at 17 they asked me to go up full-time. I pretty much made my debut that year. It all kind of snowballed very quickly.”

Thompson scored 116 goals during his career, eight of them for the Scotland international squad. However, it’s probably no surprise to learn that this lifelong St Mirren fan, who played for the team between 2011 and his retirement in 2016, treasures two goals in particular.

“I was very fortunate to score in the semi-final and final of the League Cup win in 2013.” he says, “It’s a real cliché, but that was a dream come true. I went to the 1987 cup final to watch St Mirren play, and I remember Ian Ferguson scoring the winning goal. I probably held that vision in my head my whole life, and then, strangely, it was me doing the very same thing for St Mirren some 20-odd years later.”

Although playing for St Mirren was always his dream, Thompson harbours some mild regrets about his time there. “The first three years I was there, I was top goal-scorer and we won the cup, but I should’ve chucked it at the end of the third year,” he laughs. “I was just kind of hanging in a bit after that, I had a bad injury to my groin. It probably didn’t end the way I would’ve liked, but the experience of playing for my boyhood team was still incredible.”

Out of all his teammates over the years, Thompson reckons Dutch midfielder Ronald de Boer was probably the best. “His ability was just incredible. When I first joined Rangers, it took me quite a long time to get used to the training because of the quality of the players. I’ve also played with players who were at the end of their careers, people like Robbie Fowler, and that was pretty special. I would love to have played with him in his prime, but you could see he still had these incredible predatory instincts.”

And his toughest opponent? “That would be John Terry, he was just so incredibly physical. He wanted to win everything. I was quite a physical striker myself, but every time I’d jump for a header he was smashing me!”

In the last couple of years, Thompson has made a smooth transition from player to pundit. After doing bits and pieces for BBC Scotland while he was still playing, they eventually asked him to join full-time.

“It actually couldn’t have gone any better in terms of a transition from one career into another,” he enthuses. “I absolutely love it, you get to watch football and travel to Scotland games, seeing different countries and cultures. It’s difficult to find a job that replicates the thrill and pressure of football, but live TV actually gives you that buzz as well. I wouldn’t have liked to have gone into a job where I might’ve been bored, but punditry always keeps you on your toes.”

“I would probably have to say Ronaldo, because he has dedicated himself to the sport, to making himself an athlete. Messi has probably got more natural ability, but Ronaldo has crafted himself into the ultimate athlete and that takes an awful lot of discipline.”

Glasgow News? Daily Updates part of our network
Derek walks from Bathgate to Howwood for the Lauren Currie Twilight Foundat...

Three Fantastic Days Out in Paisley
Scroll to top