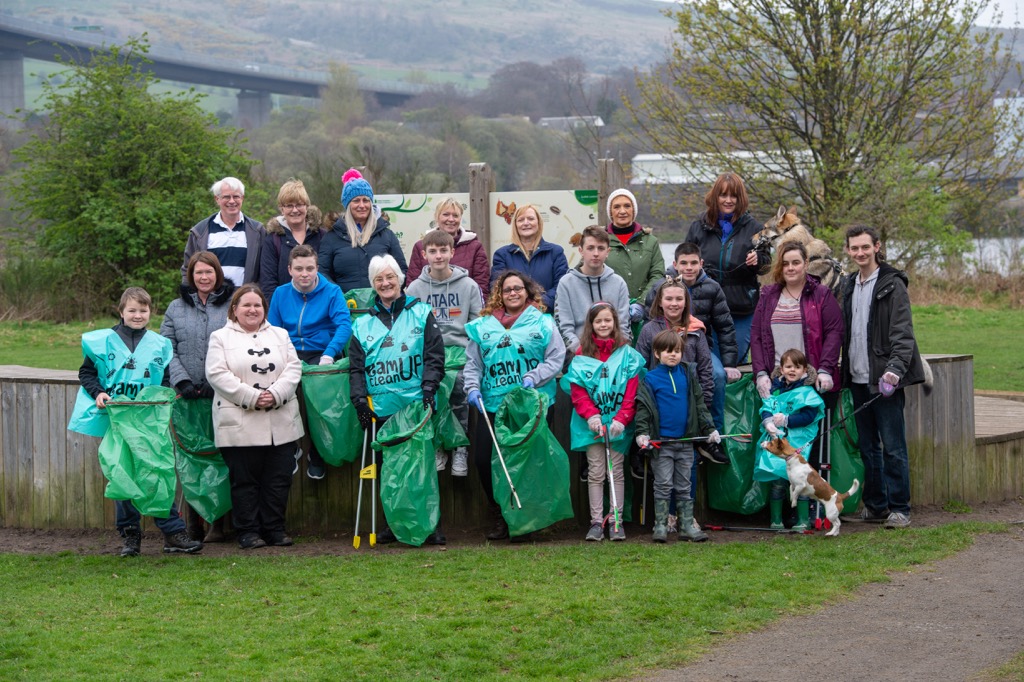 In the shadow of the Erskine Bridge, more than thirty volunteers joined forces to clear the sand and surrounding areas of litter as they showed their support for Renfrewshire’s Big Spring Clean events.

“The Big Spring Clean is a great way of getting involved in helping make a difference not just to the local community, but the wider community of Renfrewshire as even though we are working as teams in different towns, we’re part of a bigger picture working to make Renfrewshire cleaner and more attractive to live and work.”

More than 50 community clean ups have been arranged throughout April as part of the Big Spring Clean by community groups, schools, businesses and even lone volunteers.

Part of the wider Team Up to Clean Up campaign, it aims to encourage local people to take pride in their area and change the behaviour of those who think it is acceptable to drop litter. 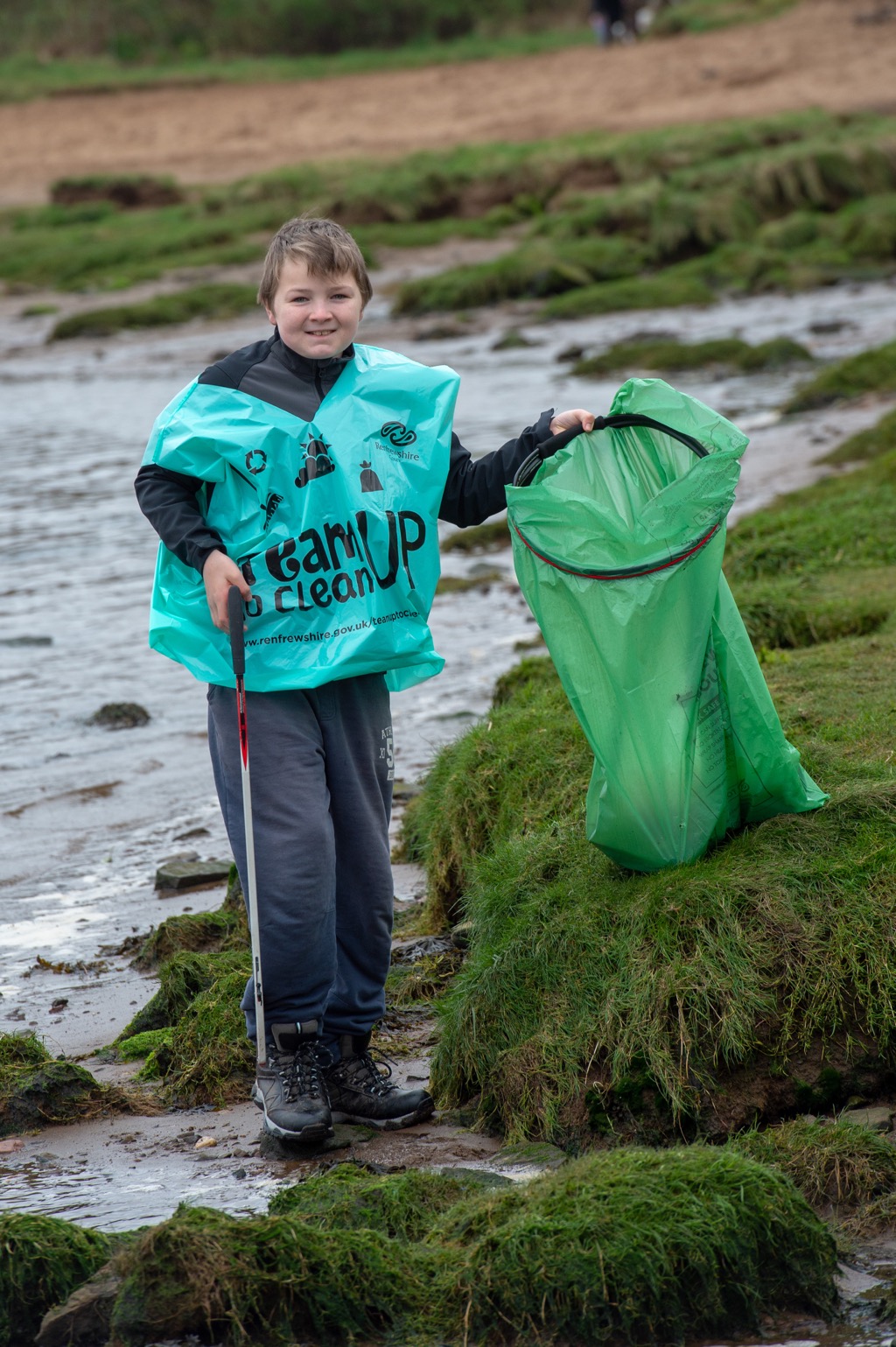 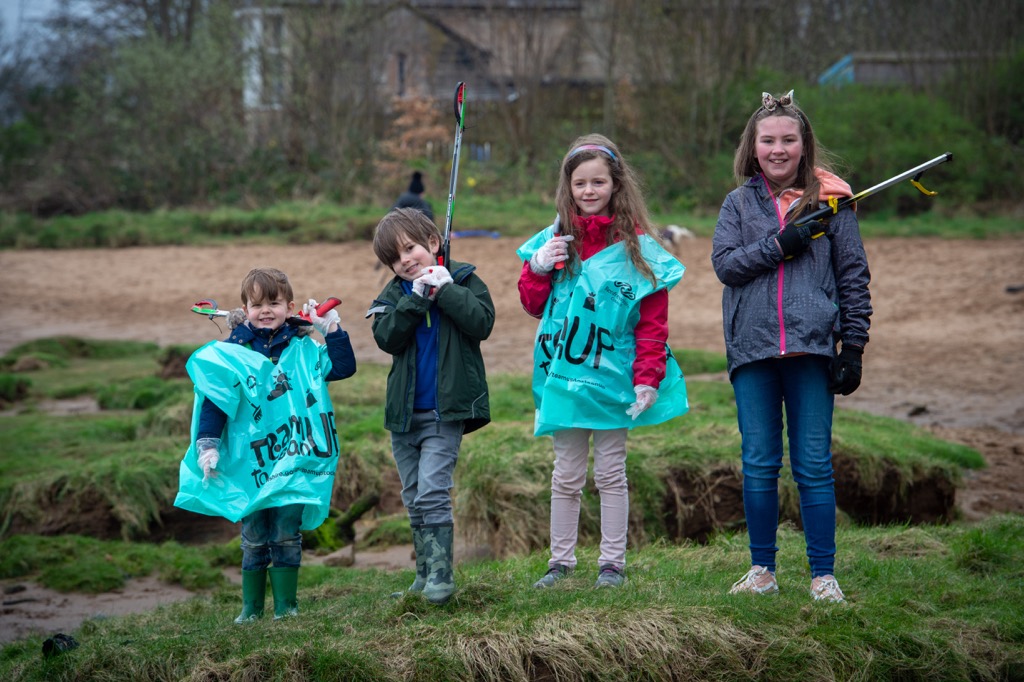 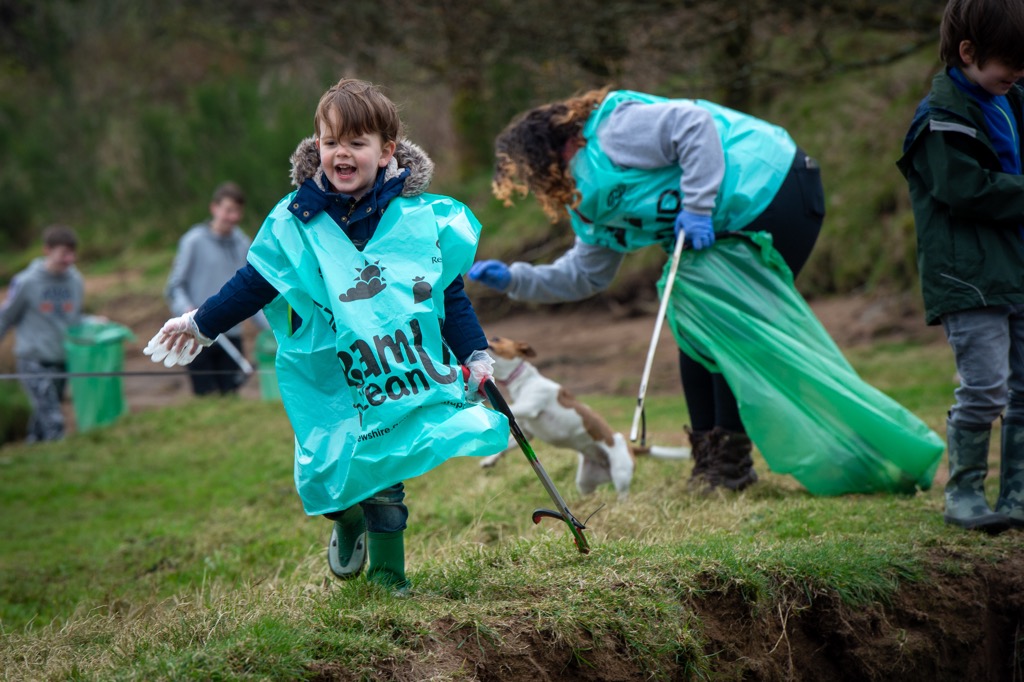 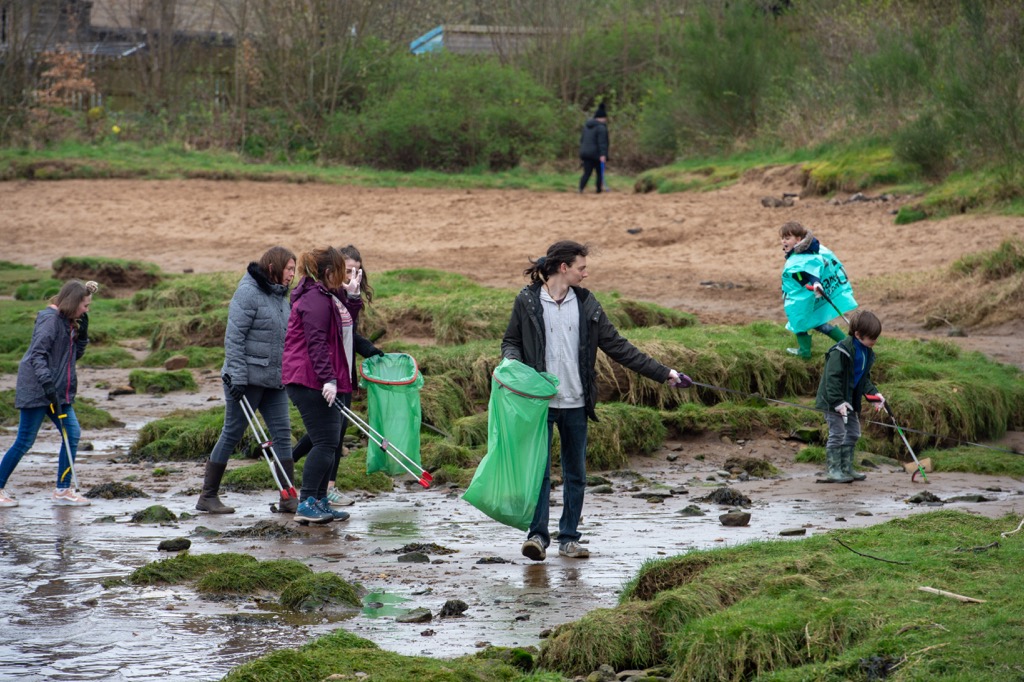 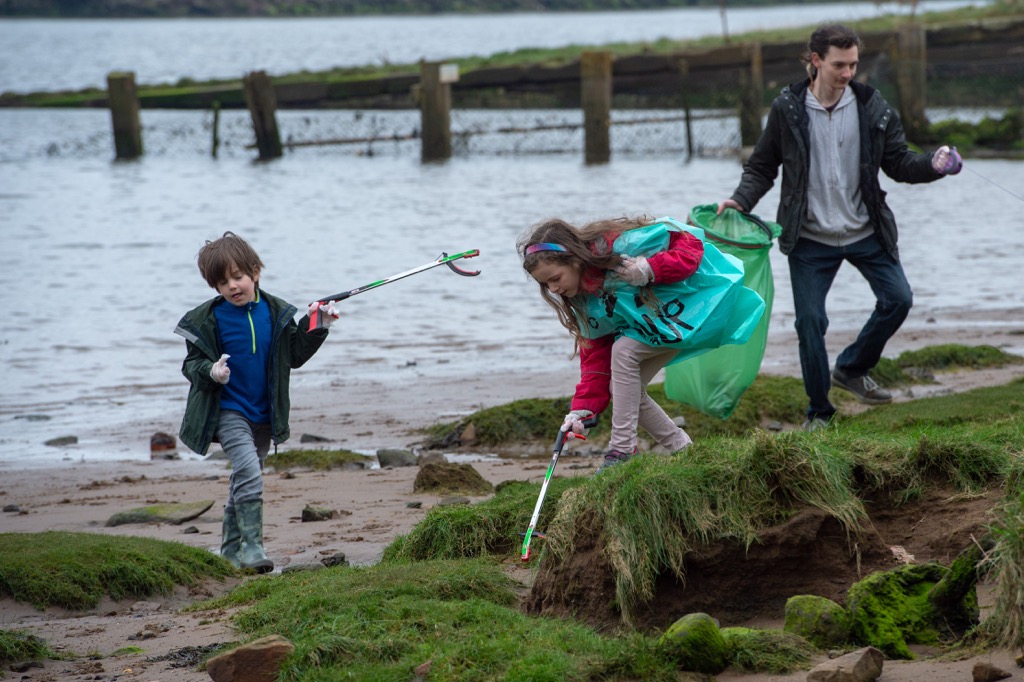 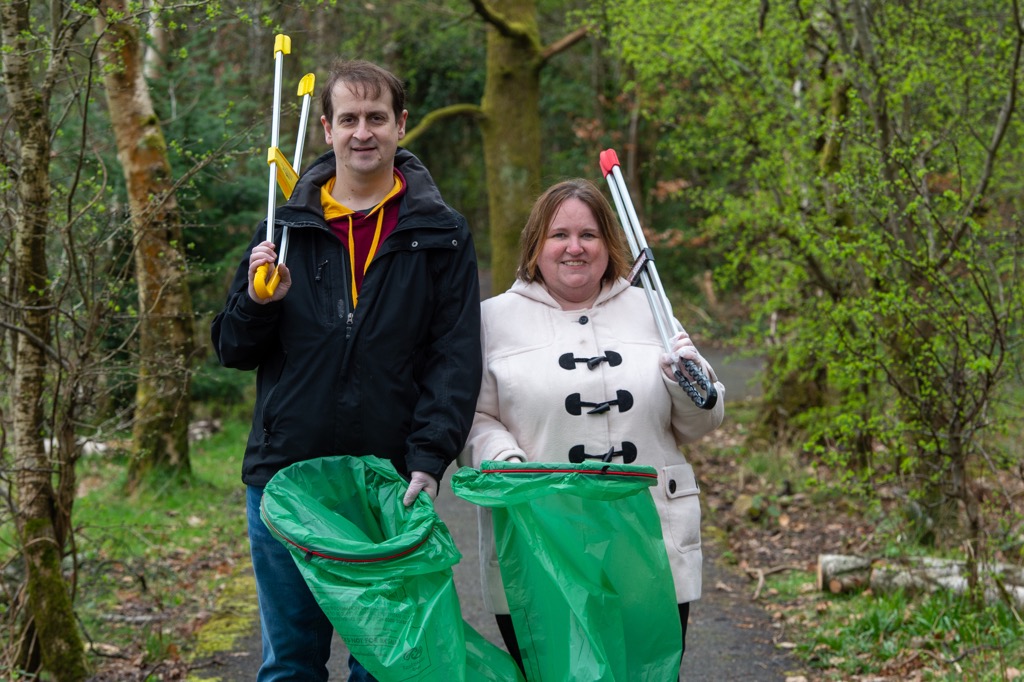 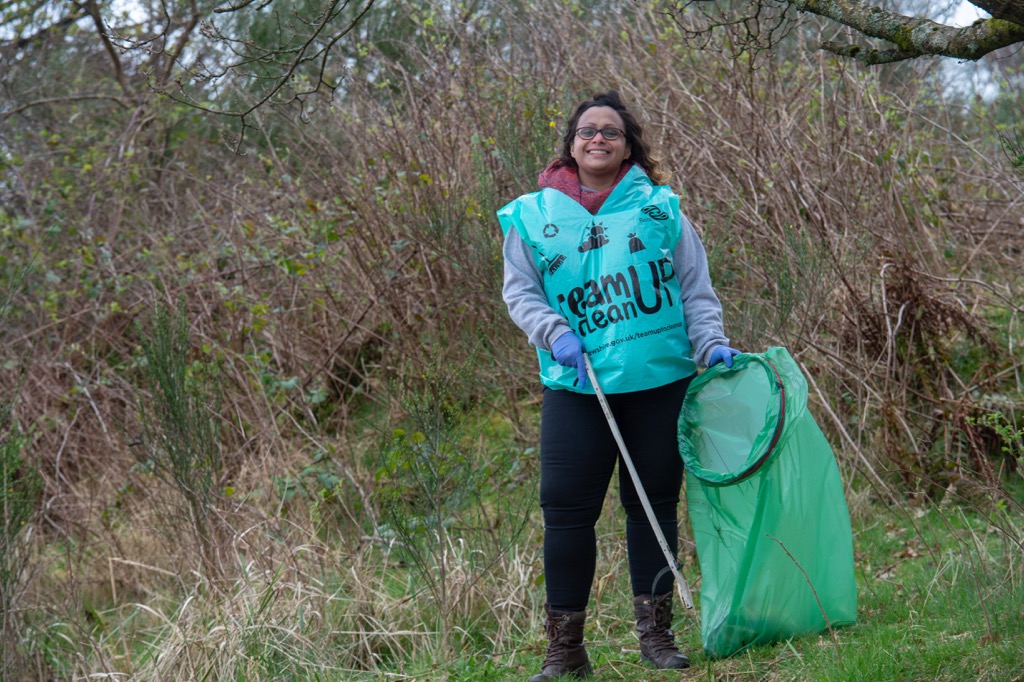 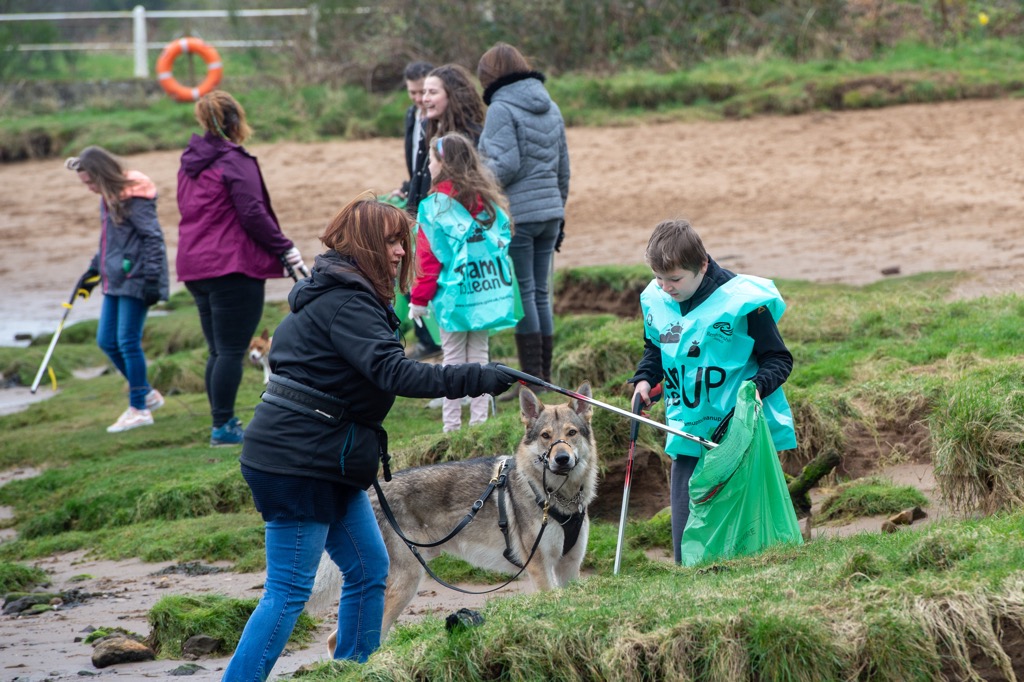 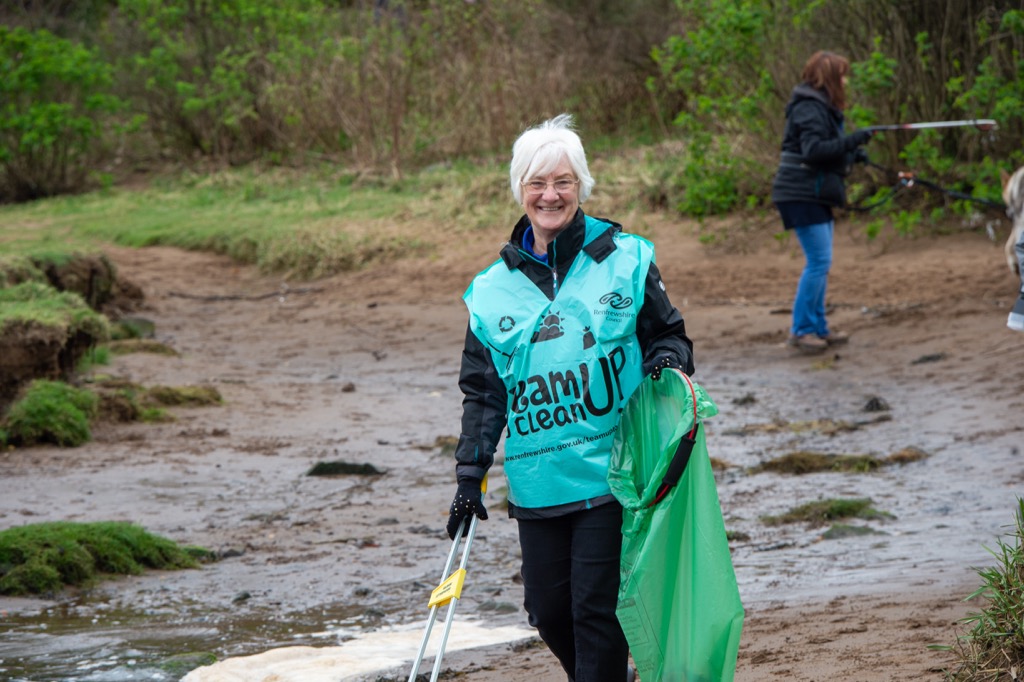 Councillor Cathy McEwan, Convener of Renfrewshire Council’s Infrastructure, Land and Environment Policy Board, said: “We’re working hard as a council to match the fantastic work that our communities are undertaking with our increased programme of road sweeping, gully cleaning and litter picking.

“We want to improve the cleanliness of Renfrewshire which is why we’ve made such a significant investment in this campaign over the next five years and it outlines our commitment to making a difference.

“The work carried out by the team in Erskine is brilliant and there are groups and volunteers across Renfrewshire who are doing inspiring things to make their communities better.

“We’ll continue to strive to make Renfrewshire a brighter, more attractive place to live, work and visit and we’re delighted to have the support of our communities to achieve this.”

The Team Up to Clean Up campaign has benefitted from a £2.5million investment in Renfrewshire’s local environment which has seen an increased programme of road sweeping, drain clearing, litter picking and an enhanced Rapid Response Team.

All interested volunteers are invited to any of the arranged litter picks and are free to turn up on the day to take part, as well as being able to arrange their own by contacting the council directly.

Glasgow News? Daily Updates part of our network
Best gifts to get your child

Yoga – where to begin?
Scroll to top