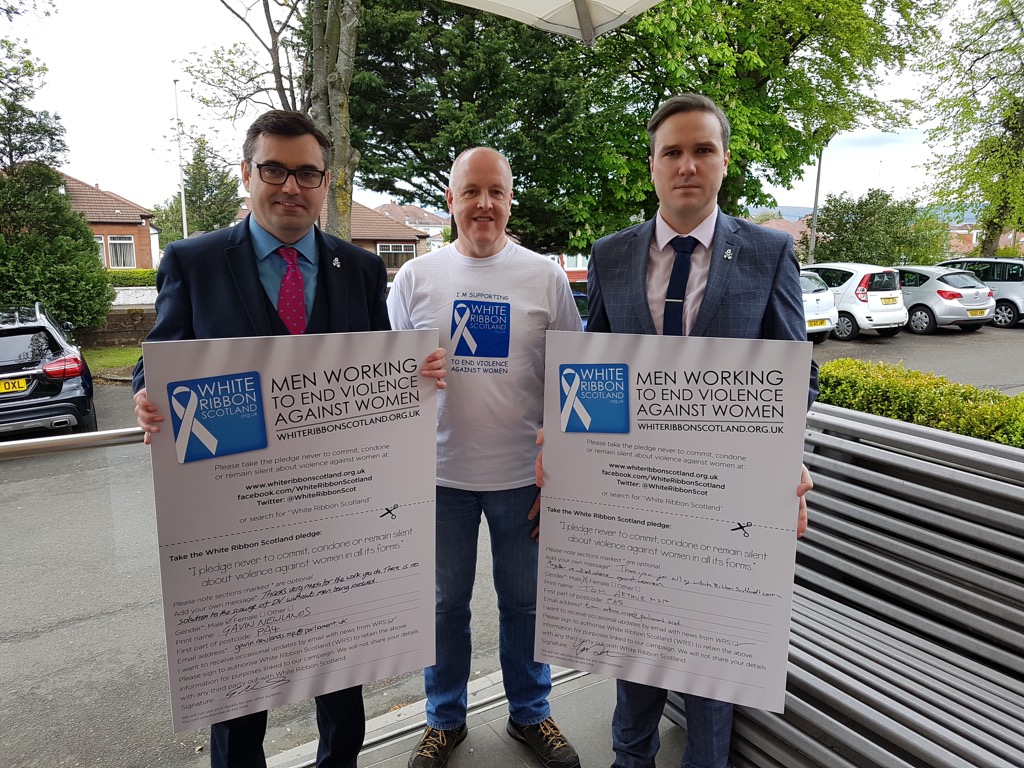 A campaign to tackle violence against women is being launched in betting shops in Renfrewshire with the support of local politicians Tom Arthur MSP and Gavin Newlands MP.

Betting shop staff from bookmakers William Hill, Ladbrokes, Coral and Paddy Power will take part in the week long campaign in support of White Ribbon Scotland, a charity which campaigns with men to end gender based violence. 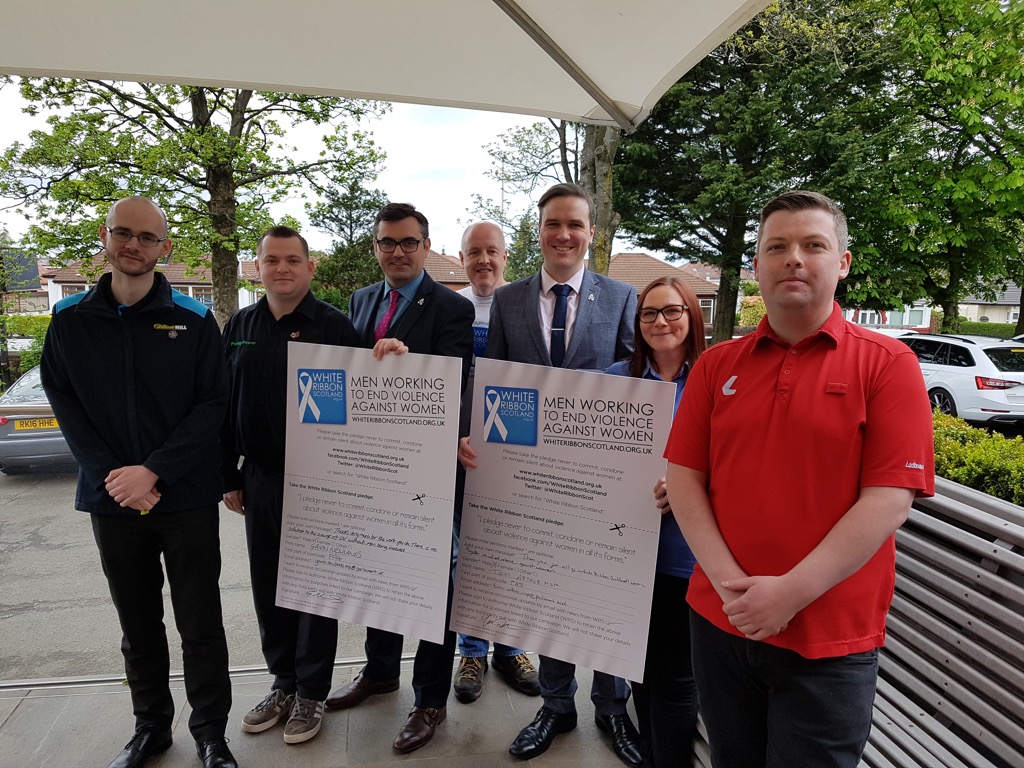 The campaign is the result of an ongoing partnership between White Ribbon Scotland and ABB Scotland, the trade association for high street bookmakers.

During the campaign, betting shop staff will ask men who enter their shops to sign the White Ribbon Scotland pledge ‘never to commit, condone or remain silent about violence against women in all its forms.’

Previous campaigns in Glasgow, Edinburgh, Hamilton and Inverness have secured around 2,200 pledges of support for the charity. The latest campaign will involve betting shops in Paisley, Renfrew, Johnstone and Linwood and will run from 29 April to 6 May.

Tom Arthur MSP said: “Unfortunately, male violence against women and girls remains prevalent in our society. However, the White Ribbon Campaign has created a vital platform to engage men to help make the changes required to end violence against women in Scotland. It is not about stigmatising men, but rather encouraging them to take a vocal stand against domestic abuse. In doing so, we can reinforce the notion that this violence will not be tolerated, and nor will the sexism and inequality that accompanies it.”

Gavin Newlands MP said: “Violence against women affects many people in our society. It is essential that whilst providing services to support survivors of coercive control and violence that we also look to prevent crimes happening in the first place. White Ribbon Scotland provides training to educate men about what they can do to help eliminate this scourge. With this campaign through local bookmakers they are taking the messages of their campaign to our communities in Renfrewshire and I would urge everyone to sign the White Ribbon pledge not to ‘commit, condone or remain silent about violence against women’.”

Davy Thompson, campaign director of White Ribbon Scotland, added: “If we are to end violence against women in Scotland it is essential that we engage men to help make the changes required. The first of these is to speak up and create an atmosphere in which it is clear it will not be tolerated and neither will the sexism and inequality which condones it. Engagement through local bookies has been shown to reach large numbers of men who step up to take the pledge and make it clear that they will not ignore this issue.”

ABB Scotland spokesman Donald Morrison said: “This campaign is not about stigmatising men, the vast majority of whom would never contemplate violence against women. It is about encouraging men to take a stand against domestic abuse. The success of our previous betting shop campaigns shows that more and more men are prepared to take such a stand. In each campaign, customers sent a very clear message that it is entirely unacceptable to commit, condone or ignore violence against women. We look forward to working with betting shop staff in Renfrewshire to spread this important message.”

The partnership between ABB Scotland and White Ribbon Scotland has been shortlisted in this year’s Business Charity Awards which take place in May.

One for all the family at The Bungalow
Scroll to top