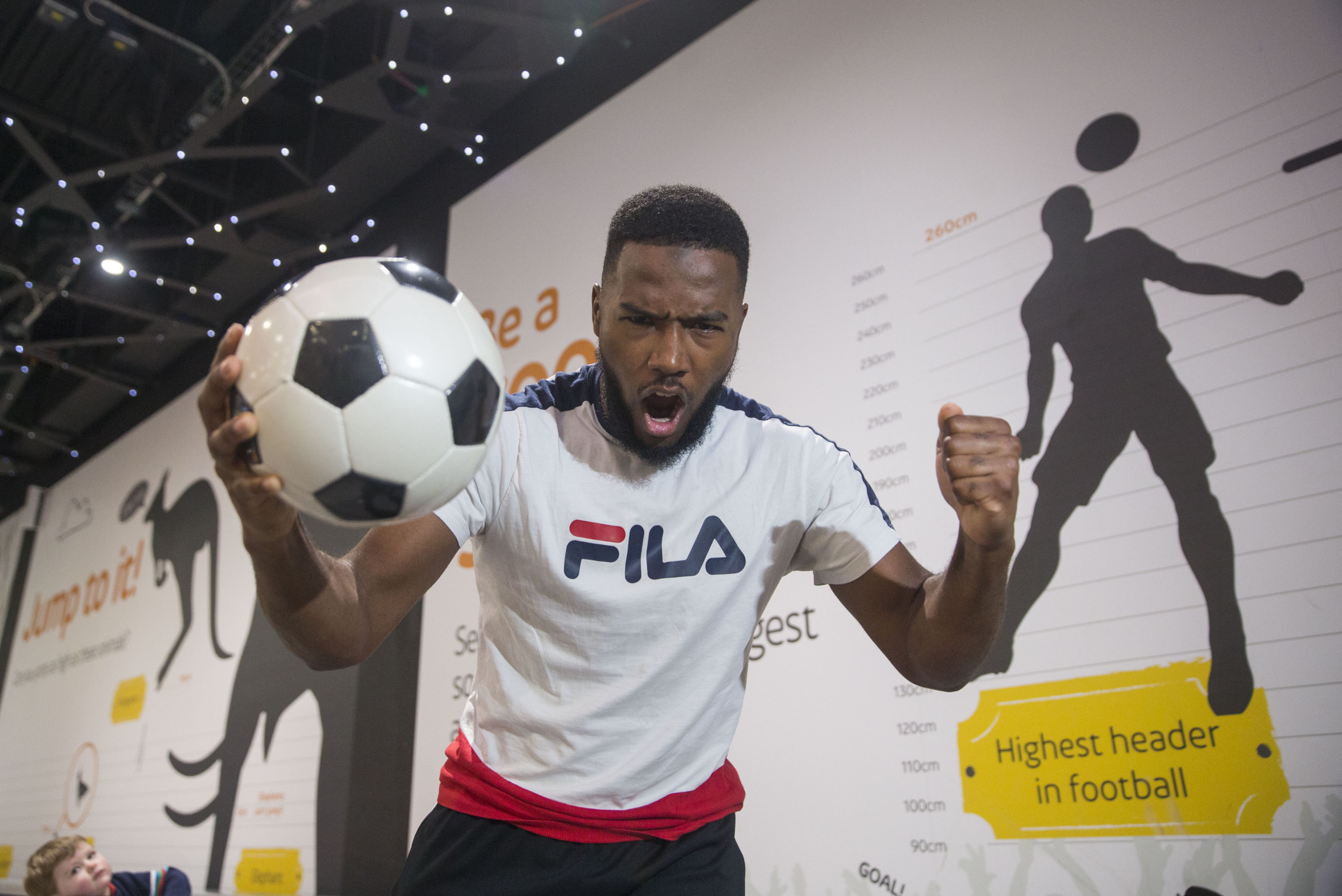 The Haitian international, currently on loan with The Buddies from Belgian club St-Truiden, paid a visit to the Soar at intu Braehead leisure destination to see a massive wall graphic showing Ronaldo’s giant 2.6-metre leap in the air to head a ball that created a world record. 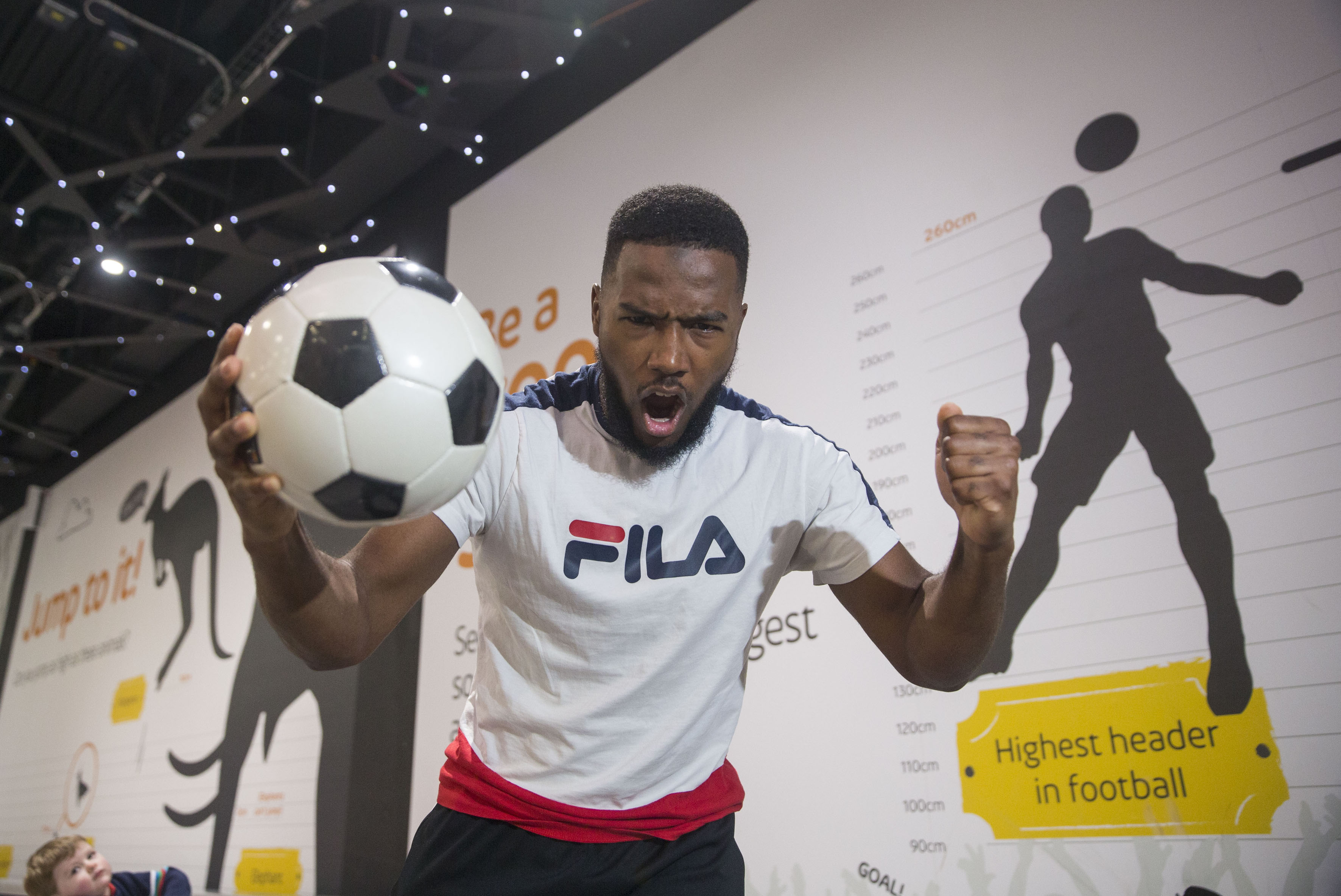 And although Duckens didn’t quite hit the heights of the Juventus superstar, he had a real good go jumping high to head the ball.

The Ronaldo leap is just one of the amazing feats shown on a series of wall graphics at Soar showing record-breaking jumps, the height of various animals, wingspans of birds and flying insects, the size of the largest human hand along with animals’ paws and feet. 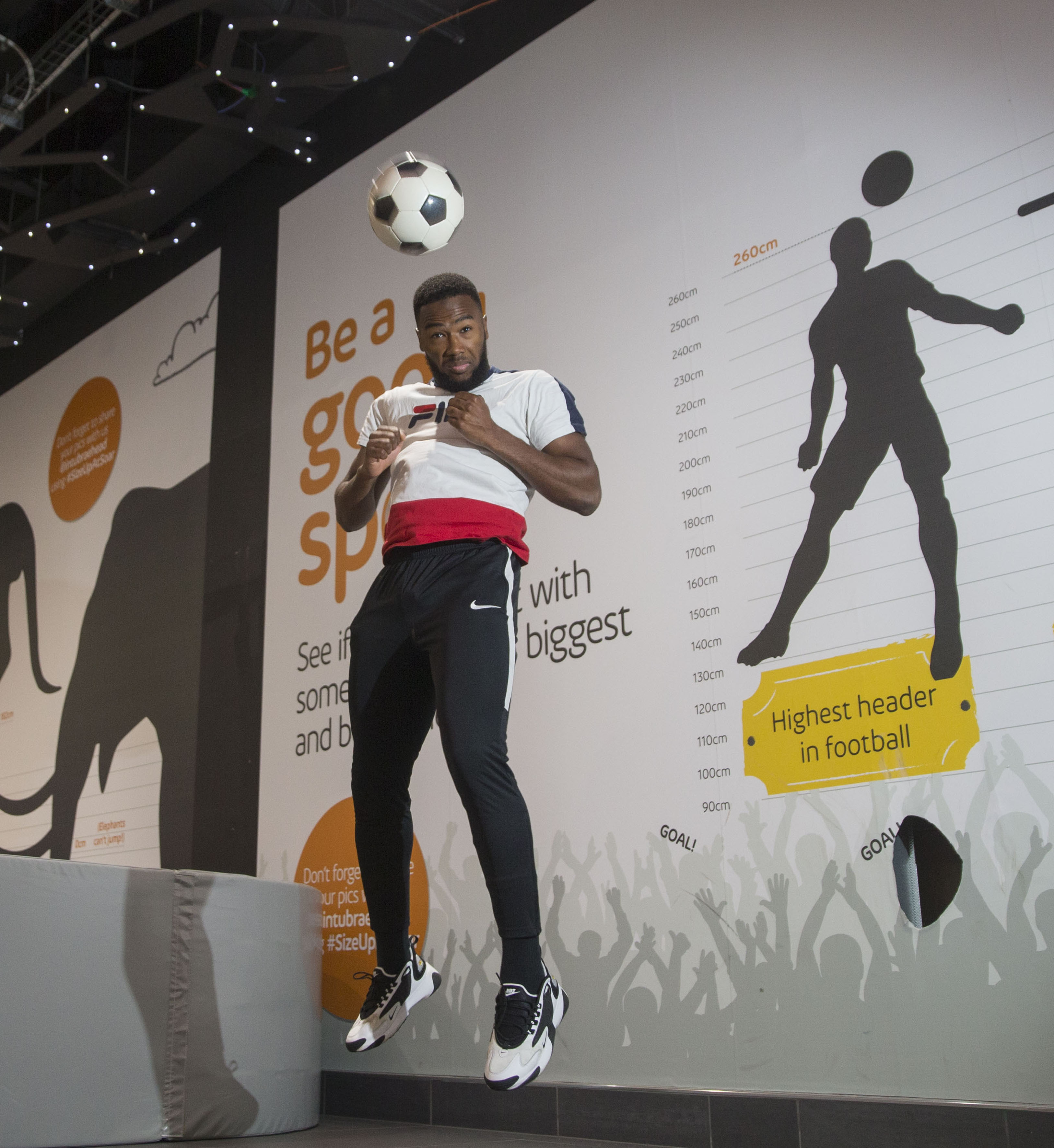 The graphic has become popular with youngsters and adults alike as they make their way through Soar and they’ve been measuring themselves against the different sizes of people and animals.

As Duckens looked up at the mark showing how high Ronaldo had jumped to head the ball he said: “That’s amazing. It really was some leap into the air.

“Ronaldo a fantastic player both with the ball at his feet and jumping up to header it. And he’s got this great knack of timing his jump perfectly and hanging in the air waiting to head the ball.

“Obviously, as a striker I do a lot of heading practice from cross balls in training. Although I’ve got two goals for St Mirren since I came to the club, I haven’t yet scored with a header. But after all this jumping and heading the ball trying to beat Ronaldo’s record, maybe I’ll score a header very soon!”

David Lyon, marketing manager for intu Braehead said: “Duckens might not have leapt as high as Ronaldo, but he wasn’t far off the mark when he visited Soar.

“Our wall graphics have really caught the imagination of the visitors to Soar and you’ll usually see a youngster comparing the size of their hand up against the largest human hand with a span of 32.3cm, or seeing if they can jump as high as a kangaroo at 1.82 metres.”

Glasgow News? Daily Updates part of our network
Mhairi Black Shows Her Support in the Fight to End Child Abuse

Making It Big: Counting on Your Writing Skills
Scroll to top
Go to mobile version