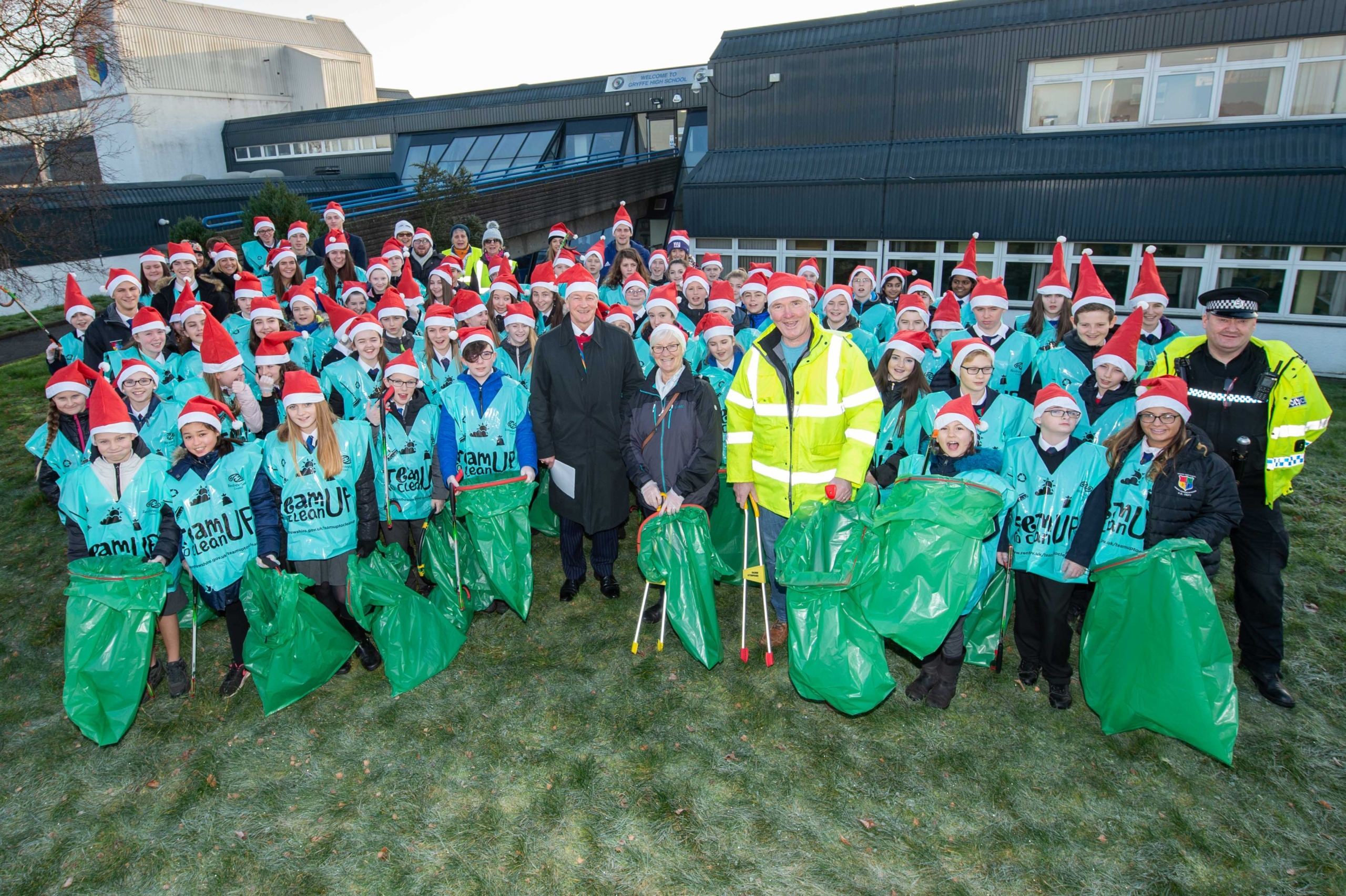 More than a hundred excited young people donned their Santa hats and picked up their litter picker as they made their community a little brighter ahead of the festive period. 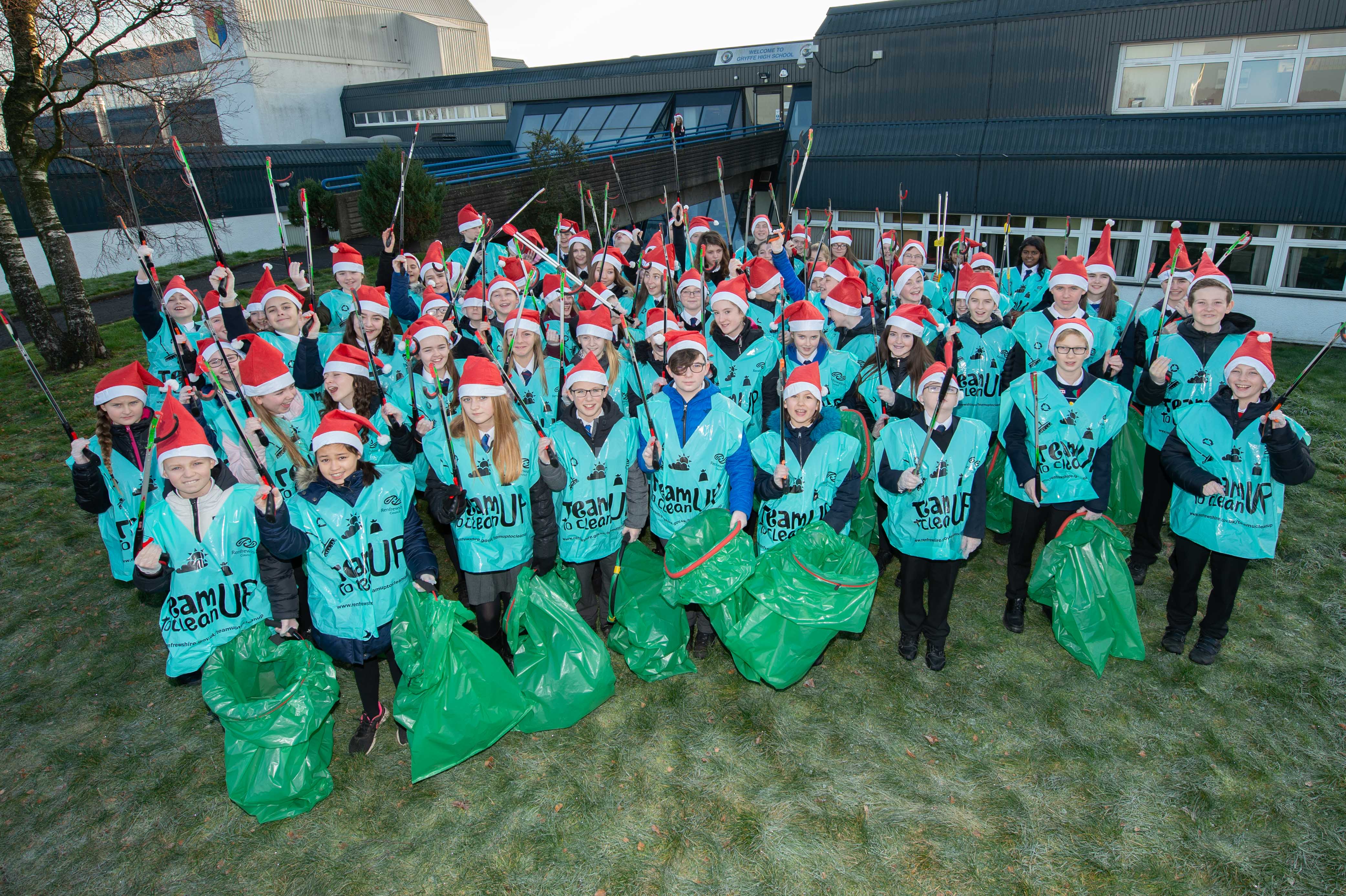 Pupils from Gryffe High, St Fillan’s Primary and Houston Primary took their minds off the upcoming festivities for just a minute as they joined forces to clean up the area around their schools.

There wasn’t any tinsel, baubles or wrapping paper to be found but the pupils made sure to collect every piece of litter possible to give the council’s StreetScene team an early Christmas present. 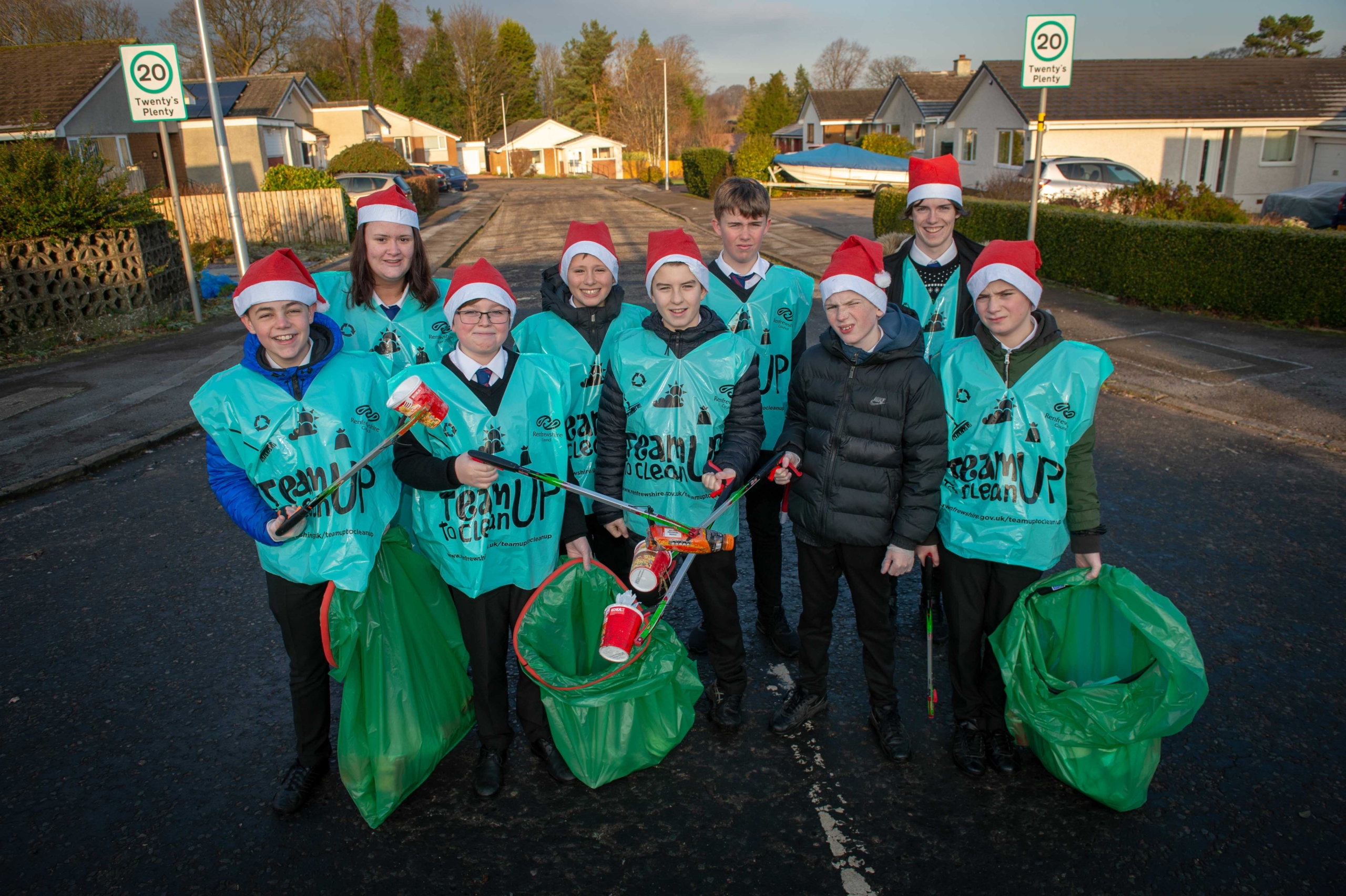 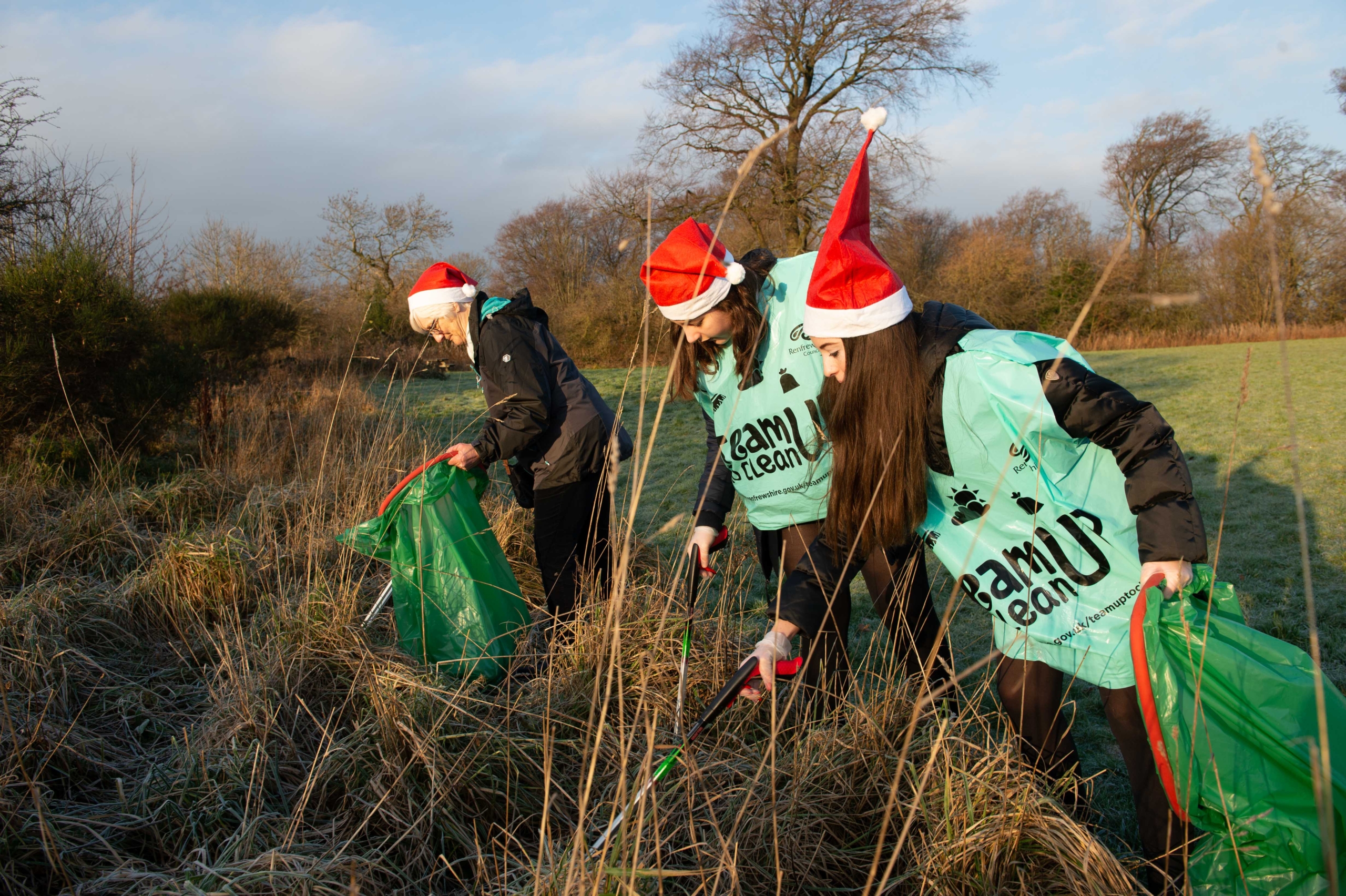 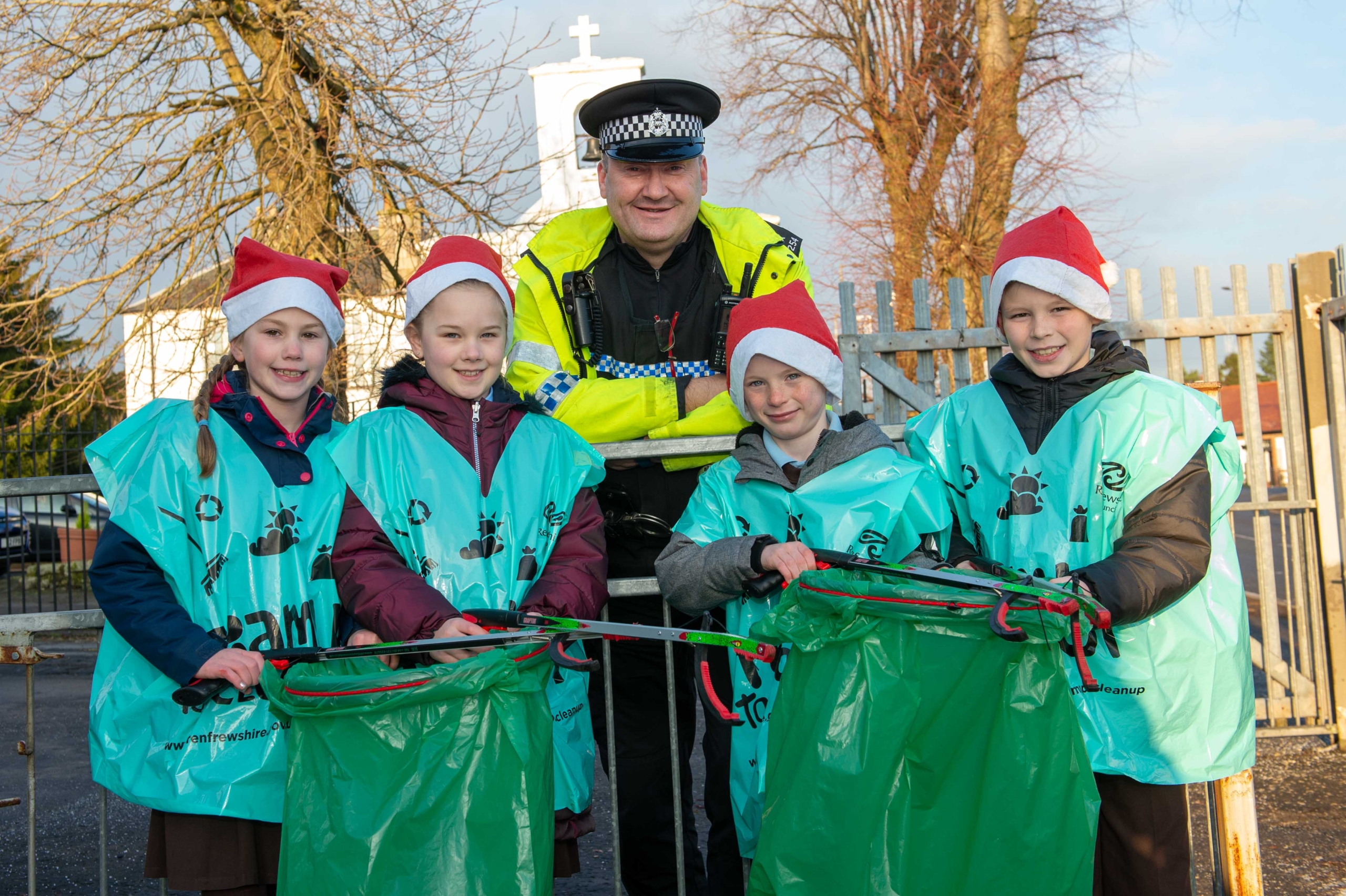 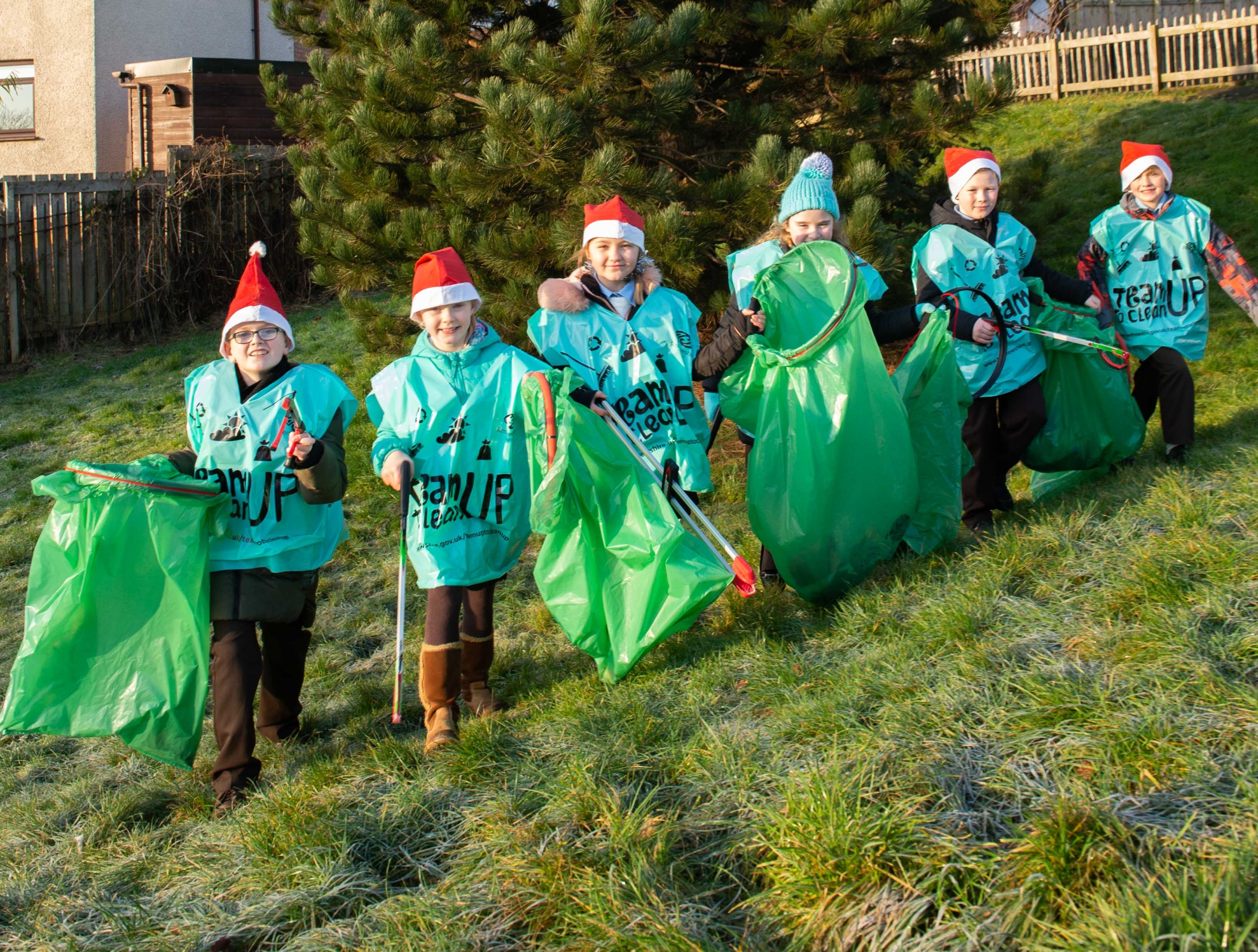 “Tall and small took on the joint responsibility of supporting our local community, all with a smile on their face and a determination to make a difference.”

Councillor Cathy McEwan, Convener of Renfrewshire Council’s Infrastructure, Land and Environment Policy Board, joined in the fun and was delighted with the enthusiasm of the young volunteers.

Councillor McEwan said: “What a sight it was to see Santa hats bobbing up and down as the pupils set out to do their bit for their community.

“One of the main aims of the Team Up to Clean Up campaign is to educate our young people to know that dropping litter isn’t acceptable and taking care of the community is everyone’s responsibility.

“It’s refreshing to see how responsive the young people are to this message and how eager they are to get involved in the clean ups.

“We’ll continue to support them and allow them to lead from the front as we make Renfrewshire a cleaner, more attractive place to live and work.”

The litter picks are part of Renfrewshire’s successful Team Up to Clean Up campaign, which encourages local people to take pride in where they live and is backed by a £2.5million investment in road sweeping, gully clearing and litter picking.

More than 3500 volunteers have taken part since the campaign was launched in October 2017 and there has been a rise of over 400% in community litter picks as local people continue to show their support.