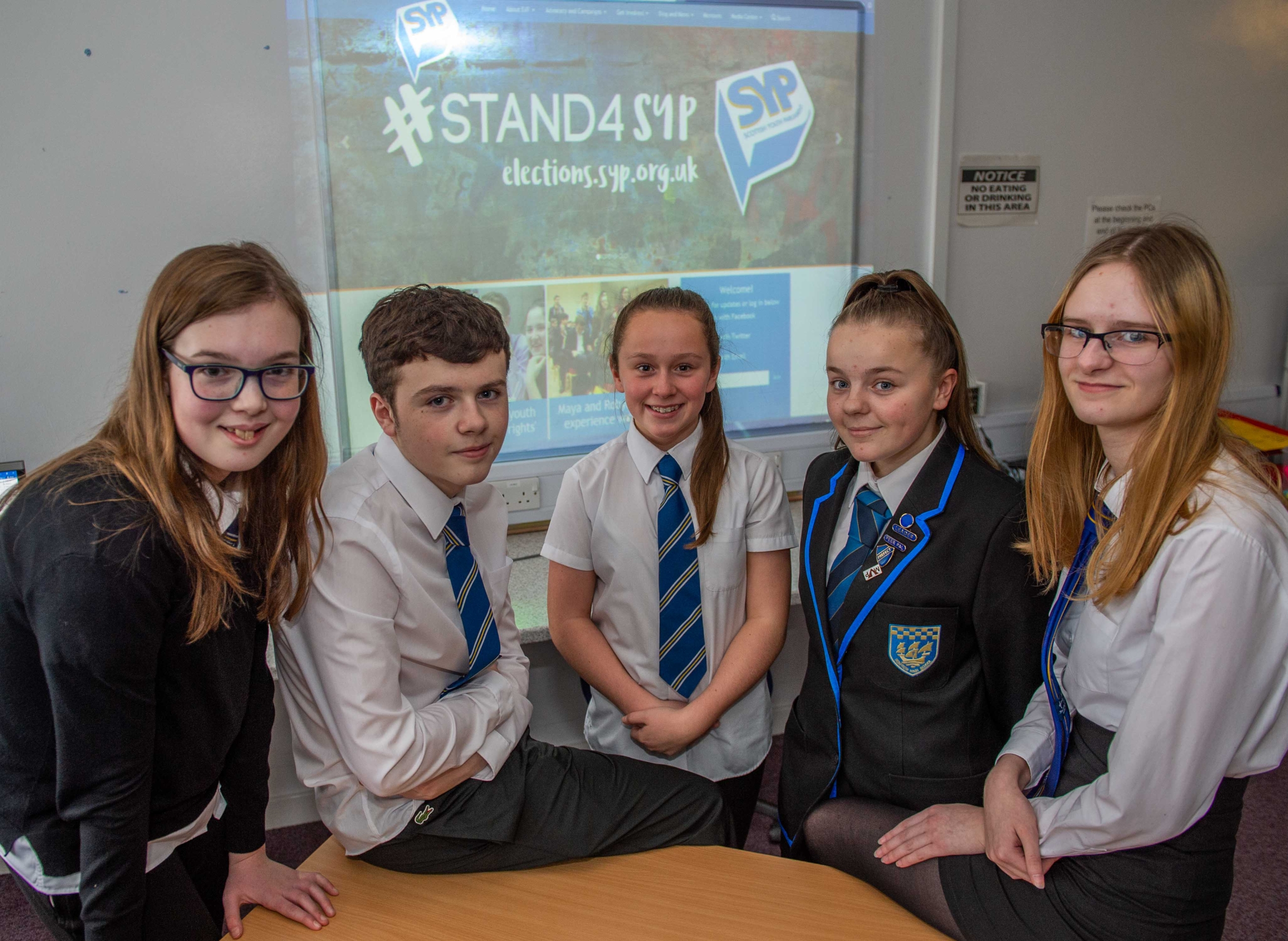 Young people are being urged to put themselves forward for next year’s Scottish Youth Parliament (SYP) elections.

Pupils at Renfrew High School helped launch the call to action aimed at all young people aged between 14 and 25 years-old. 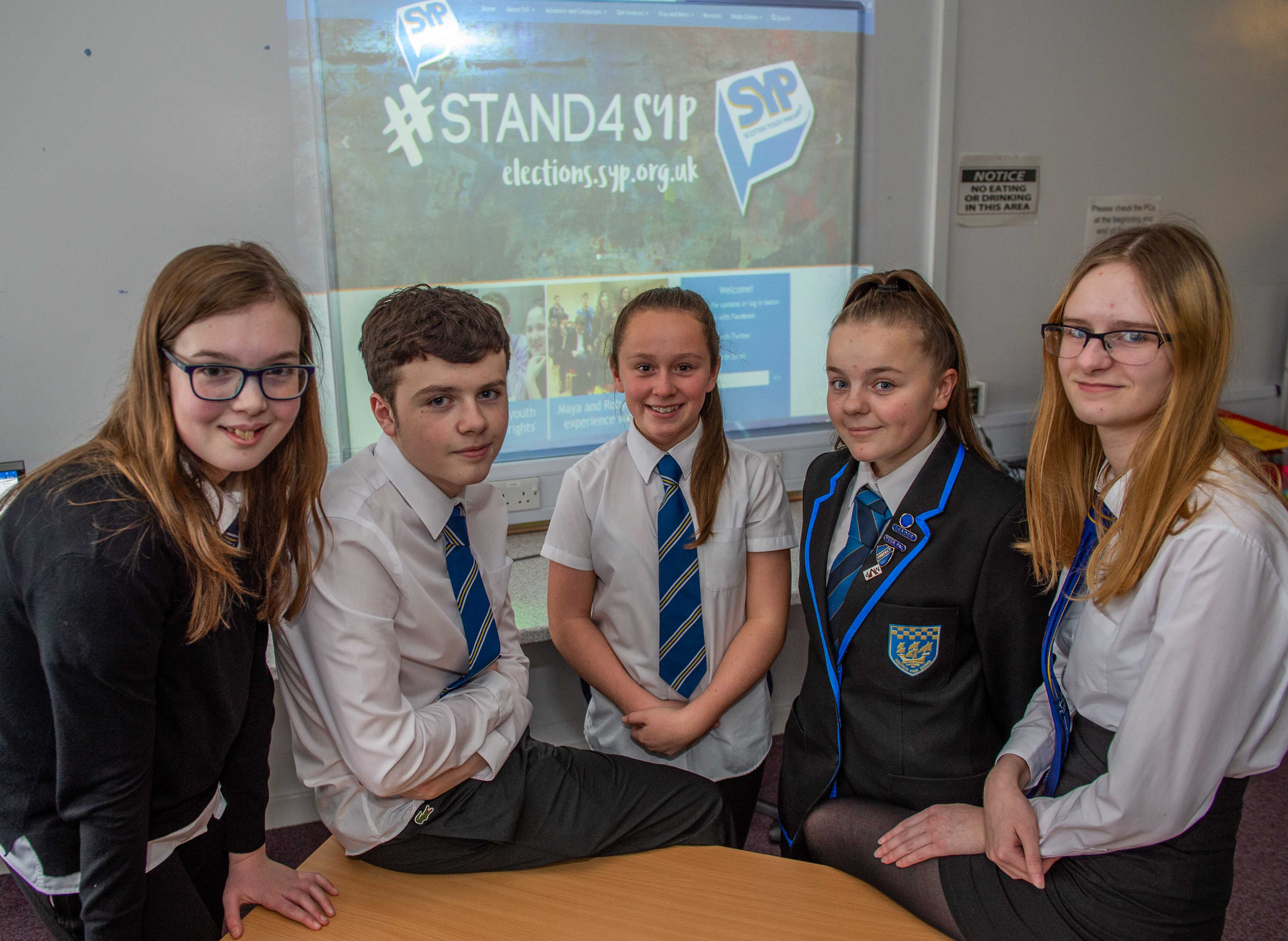 Members of the Scottish Youth Parliament (MSYPs) serve a two-year term and attend three sittings each year to give young people a voice on a national level.

Renfrew High pupil Skye Docherty said: “Standing to be elected in the Scottish Youth Parliament gives young people an opportunity to make our voices heard and be a voice for other young people.”

Young people have until Friday 16 November to register their interest in becoming a candidate for the SYP election.

Renfrewshire Council Chief Executive, Sandra Black, is the Returning Officer for the SYP elections in Renfrewshire.

Sandra said: “Being a Member of the Scottish Youth Parliament is a fantastic opportunity to work with elected representatives and public, private and voluntary organisations both locally and nationally to make positive changes for young people living, working or studying in Renfrewshire.”

Year of Young People Champion, Councillor Michelle Campbell, added: “It’s important that young people have their voices heard and their views are considered as part of local and national decision making. I’d encourage young people to register their interest in becoming a candidate as soon as they can.”

Young people who register their interest are invited to attend a candidate briefing on Wednesday 28 November 2018 in the Council Chambers within Renfrewshire House.

MSYPs range in age from 14 to 25 and represent constituencies in all 32 local authorities throughout the country, and several national voluntary organisations.

SYP was established on 30 June 1999, making the organisation one day older than the Scottish Parliament.

Flying off for Christmas? Jingle all the way with these 5 tips
Scroll to top