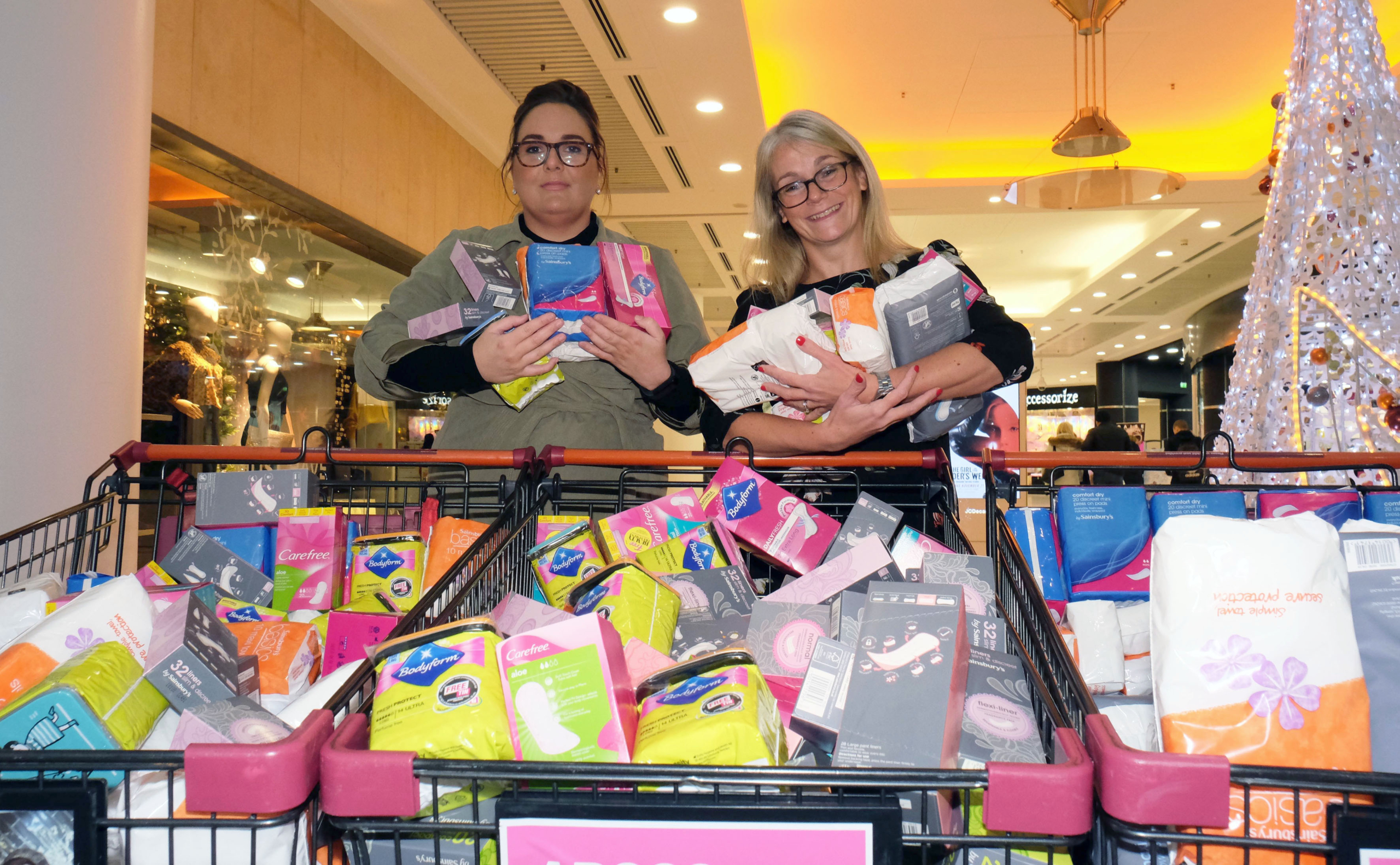 GENEROUS bosses at intu Braehead are helping a campaign to beat period poverty among women and teenage girls.

The shopping and leisure destination has donated £500 to Tracy Skelton, who is buying sanitary products to give out to those who can’t afford to buy them. 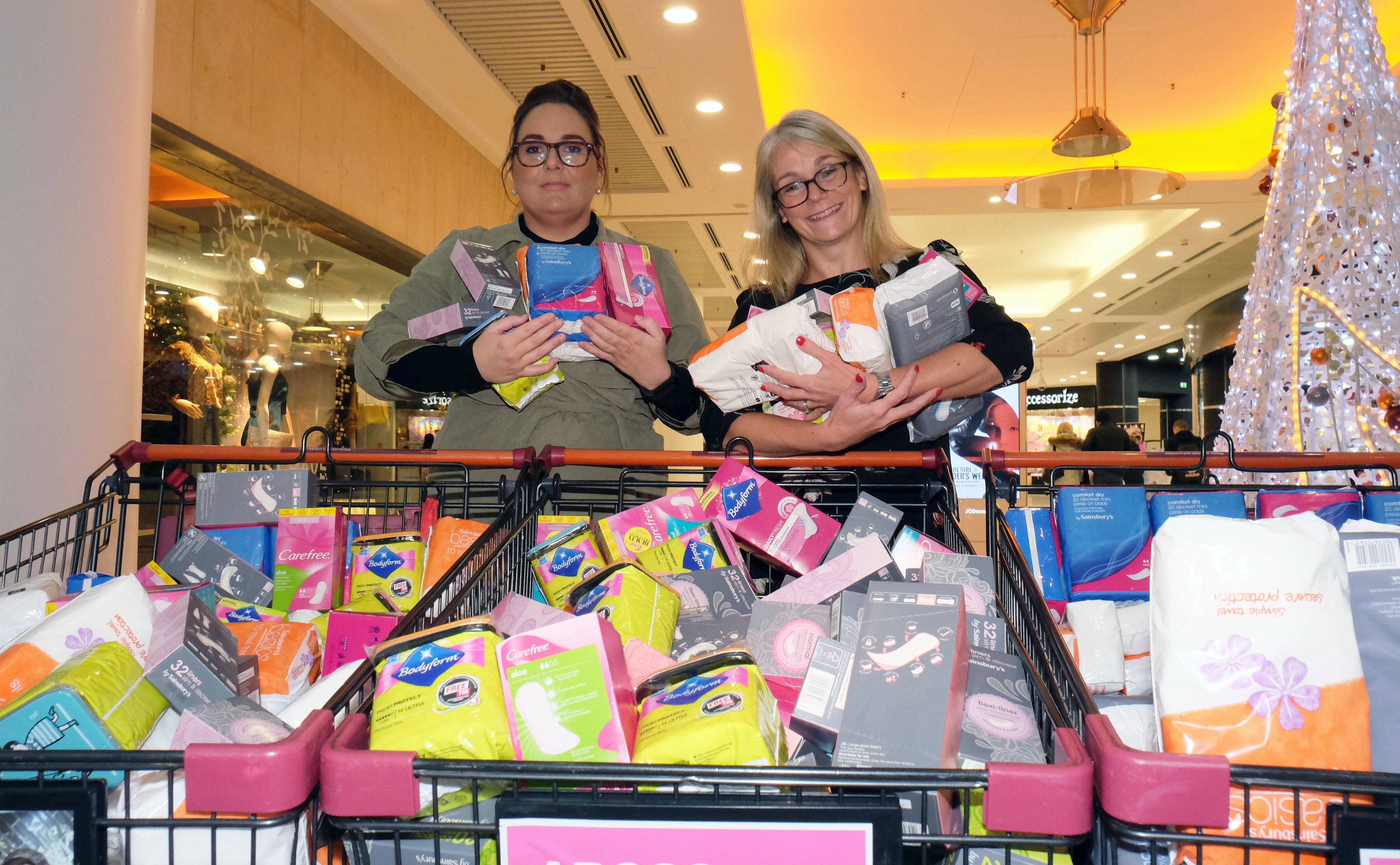 Along with girls from the dance group, Tracy launched the Sass Squad Sanitary Search Appeal.

She approached the shopping centre for a donation and the £500 intu Gift Card they gave her bought more than 600 sanitary products.

Working with so many teenage girls and young women, Tracy realised that period poverty was a real issue locally and initially left a box of sanitary products in the toilet at her dance school.

She explains: “It wasn’t until I explained to the pupils why the box was there that I realised just how bad our generation deals with talk of periods.

“Not one of the pupils, who are all over the age of 12, knew what Toxic Shock Syndrome was and most didn’t know of any supplies of sanitary products that were free apart from the ones I provided.

“I live in what may be described as a deprived area and I’ve seen first hand that families need as much help as possible.”

Tracy adds: “It’s said that one in five women are going without sanitary products purely down to money issues and having to provide for their families.

“The main goal of the Sass Squad Sanitary Search is to help our community, but we also want to stop the concept of periods as being hush-hush.

“We can’t thank intu Braehead enough for their donation, as it’s going to help many women and teenage girls.”

Lydia Brown, intu Braehead’s community development manager said: “The issue of period poverty has only quite recently began to be spoken about more openly, even though a women’s periods are something that directly affects half the population.

“We hope we have done something to help women and teenage girls not only get free products, but that people will talk more about the issue and how it affects families.”

Johnstone set to get festive this weekend
Scroll to top