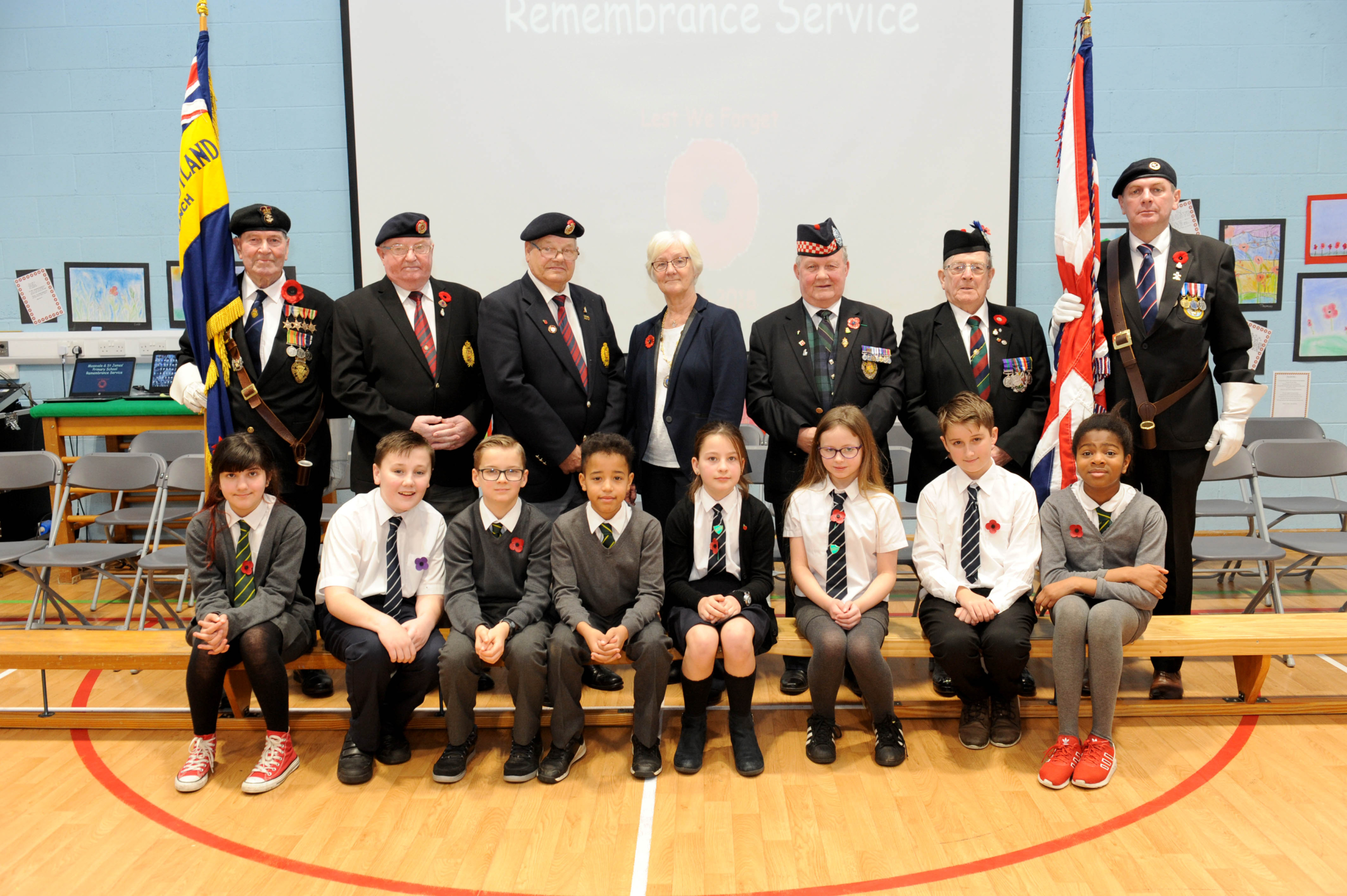 Pupils from Mossvale and St James Primary School in Paisley put on a moving performance as they led Renfrewshire’s annual Children’s Remembrance Service. 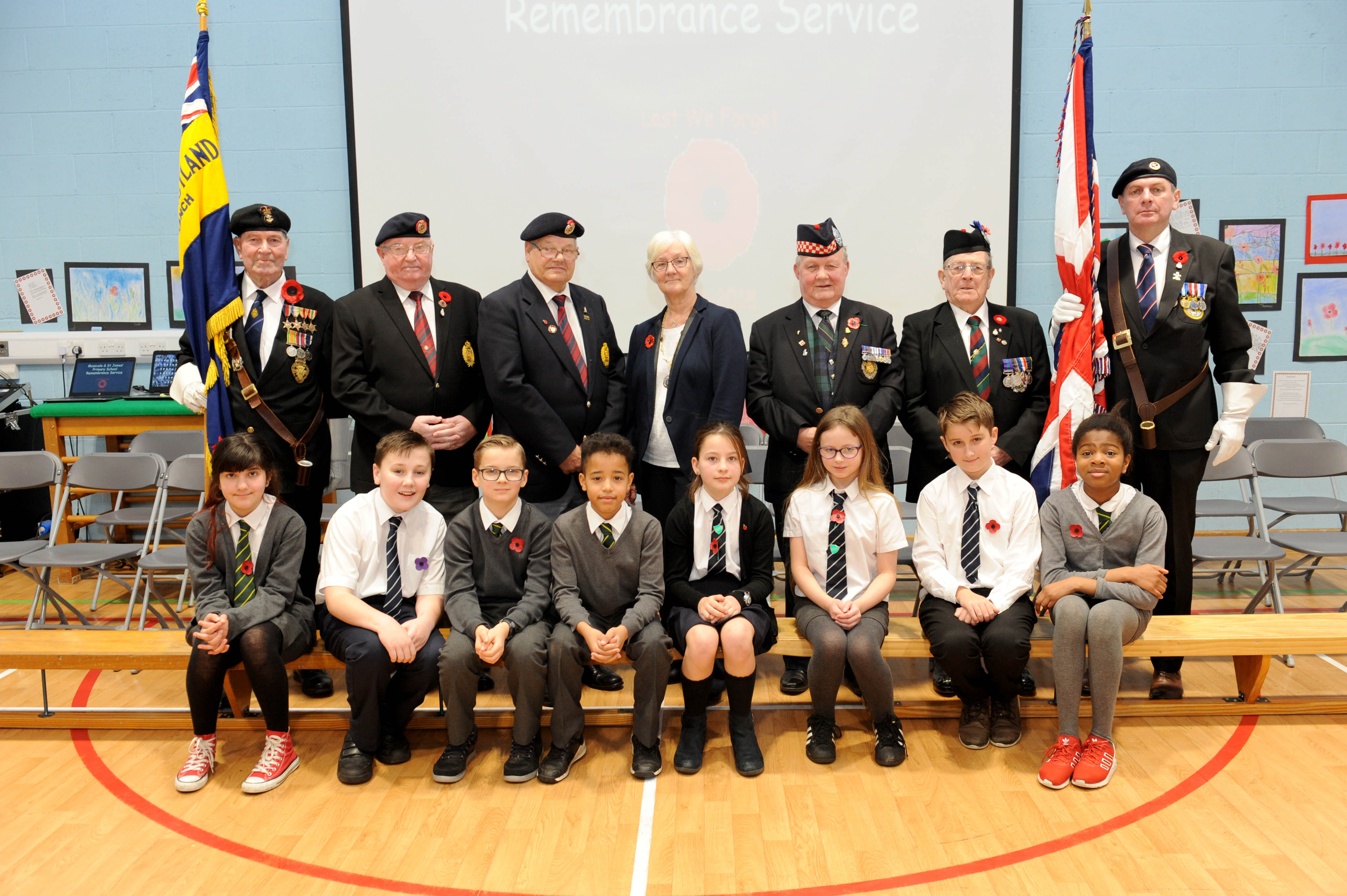 Pupils of all ages from across both schools delivered poetry and stories of remembrance as they showcased their learning about Armistice Day to their schoolmates, parents and members of the community.

They young people also sang a poignant rendition of Hero in tribute to our service personnel. 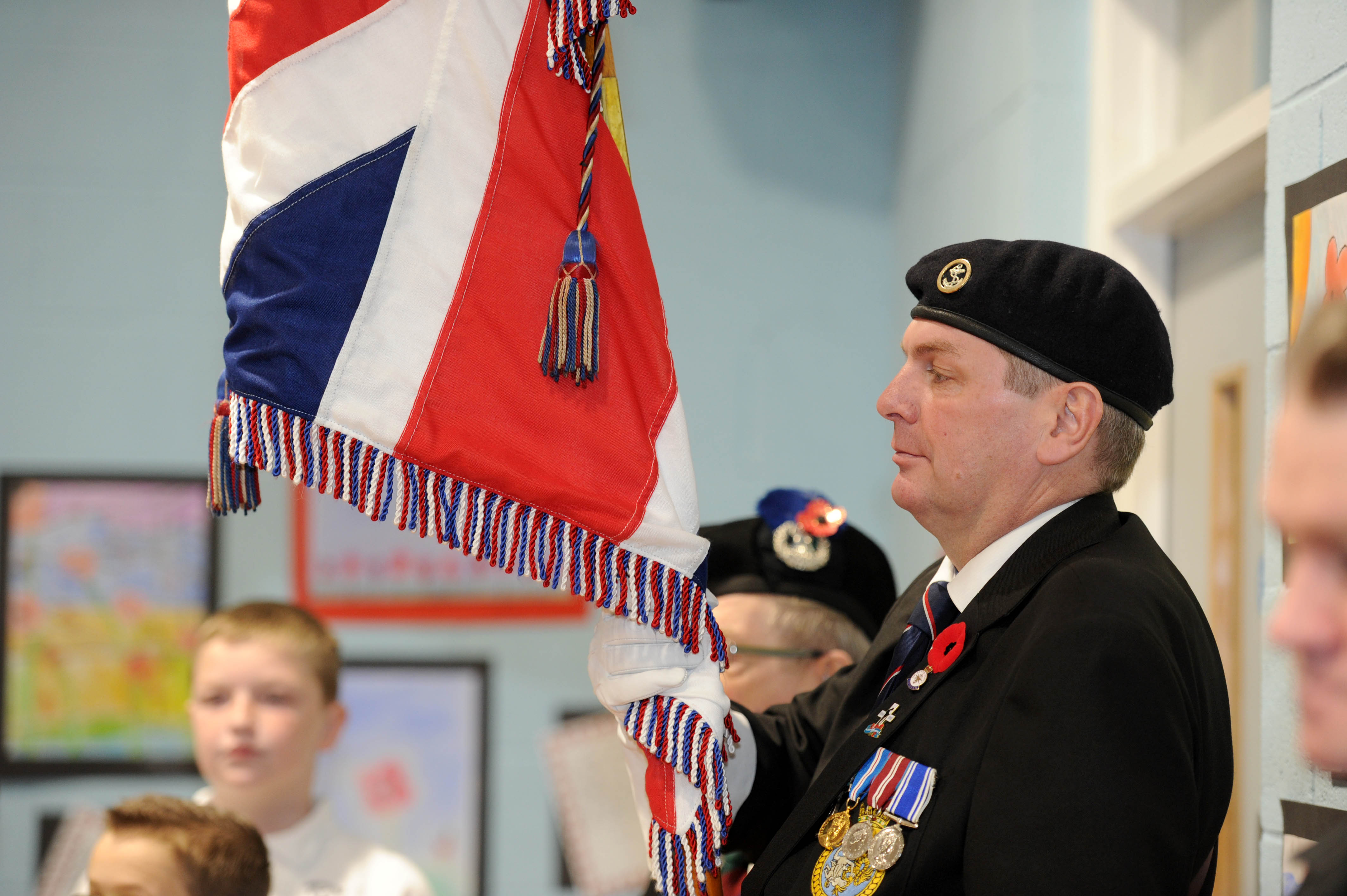 Veterans from the Royal British Legion Scotland– Paisley Comrades Division were in attendance and afforded the pupils the opportunity to ask questions about their experiences and the work of the Legion, before a minute’s silence was observed at 10am.

Chairman of the Royal British Legion (Paisley Comrades Division), Kenny Lipton, said: “Remembrance Day takes place to remember all those who have fallen who have served their country and as a mark of respect. 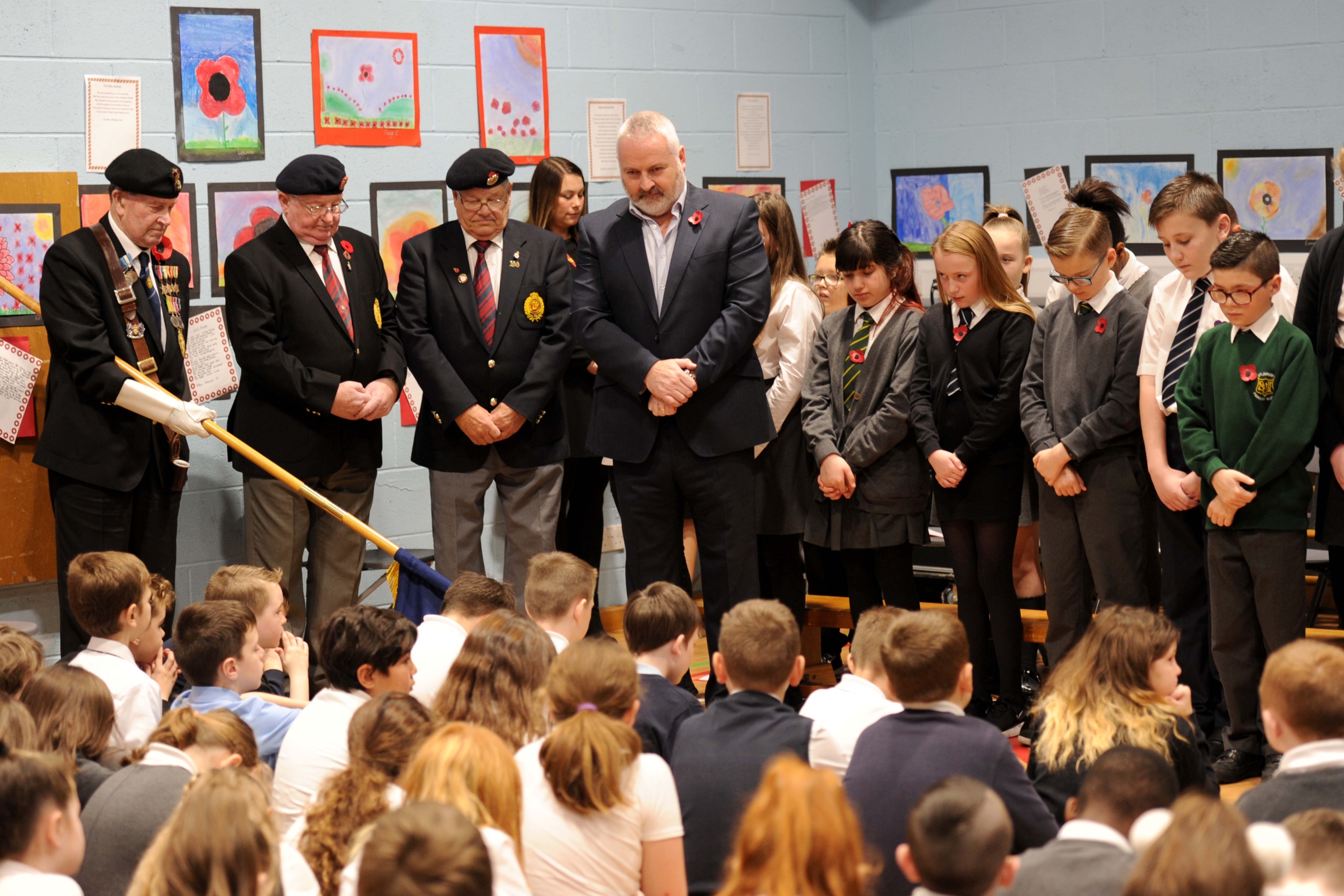 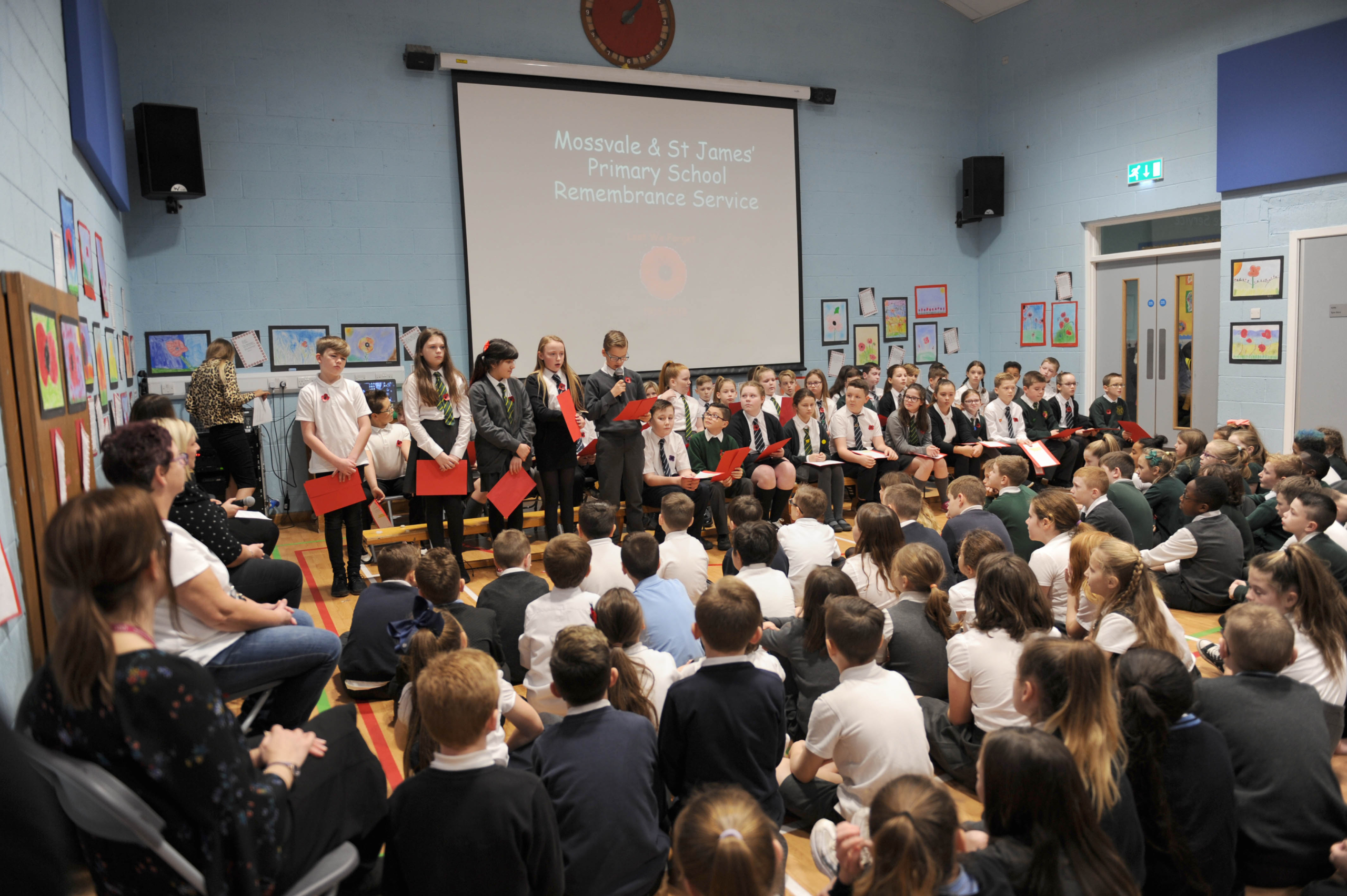 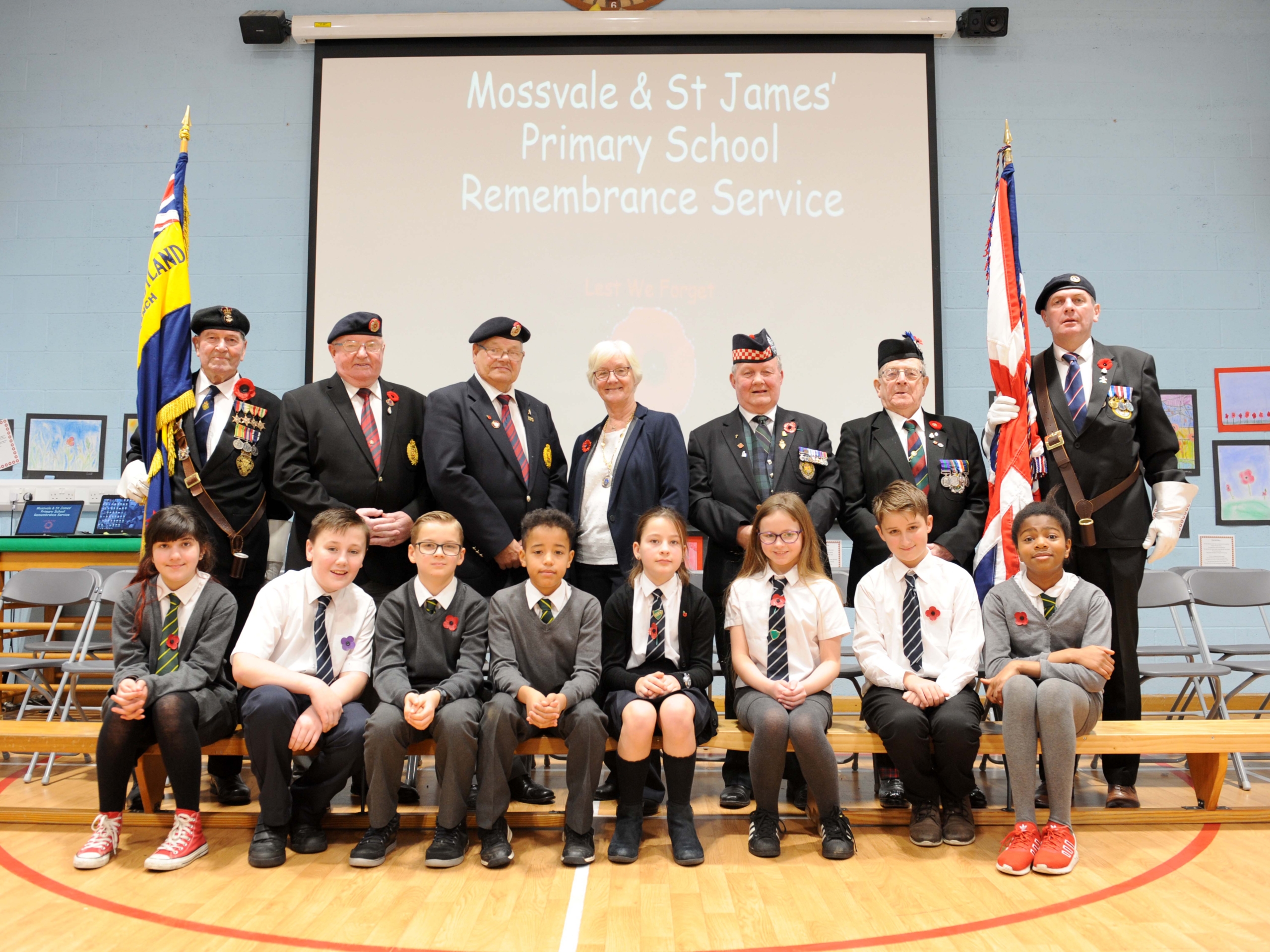 “The Children’s Service is extremely important as we don’t want another Great War, so we want the children to know what went before so they grow up not wishing that on anybody.”

The weekend of remembrance will continue on Sunday as nine services are held in communities across Renfrewshire to mark Armistice Day and allow local people to pay their respects to lose who have been lost.

Renfrewshire’s Depute Provost Cathy McEwan, who attended the service, said: “It is important that the younger generation recognise the sacrifices that have been made to give them the lives they have today.

“Services such as this give the opportunity to educate our young people about why we remember the fallen on Remembrance Day, as well as pay tribute to those who have been lost in service.

“The pupil’s performance was fantastic and I congratulate everyone involved for their efforts.”

A special evening service will be held in Paisley Abbey to mark the 100-year anniversary of the end of the First World War.

The service will be followed by a concert of music, song and poetry performed by the Starlight Youth Music Theatre, Chamber Choir and the Johnstone Brass Band, beginning at 6:30pm and tickets are available directly from Paisley Abbey.

For more information, and a full list of services, visit www.renfrewshire.gov.uk/RemembranceServices2018.