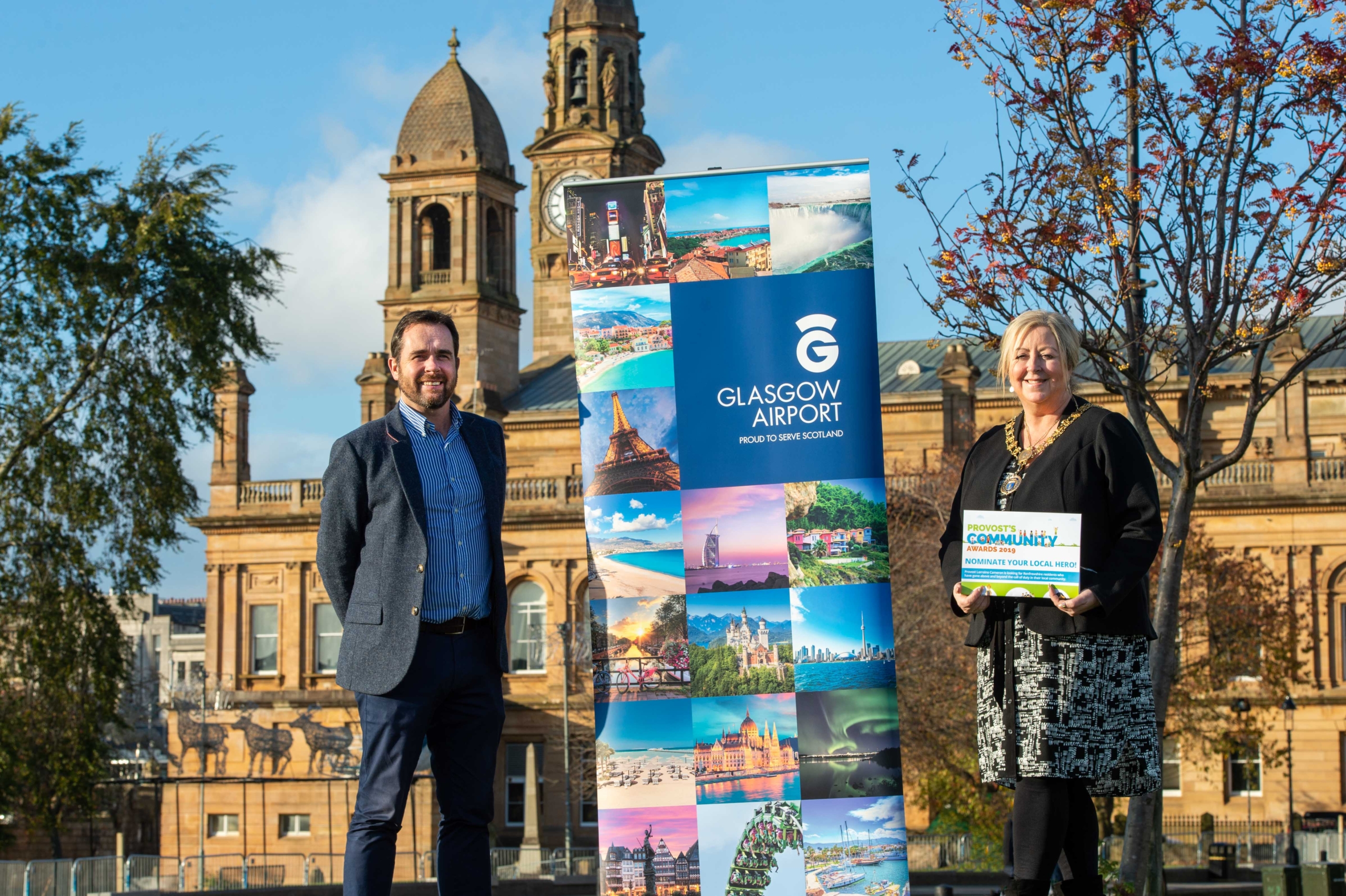 Inspiring volunteers are set to be rewarded as the Provost’s Community Awards returns for 2019.

The Community Volunteer award is once again sponsored by Glasgow Airport and sets out to recognise those who give their time and effort for nothing more than the knowledge that they are making a difference to their community. 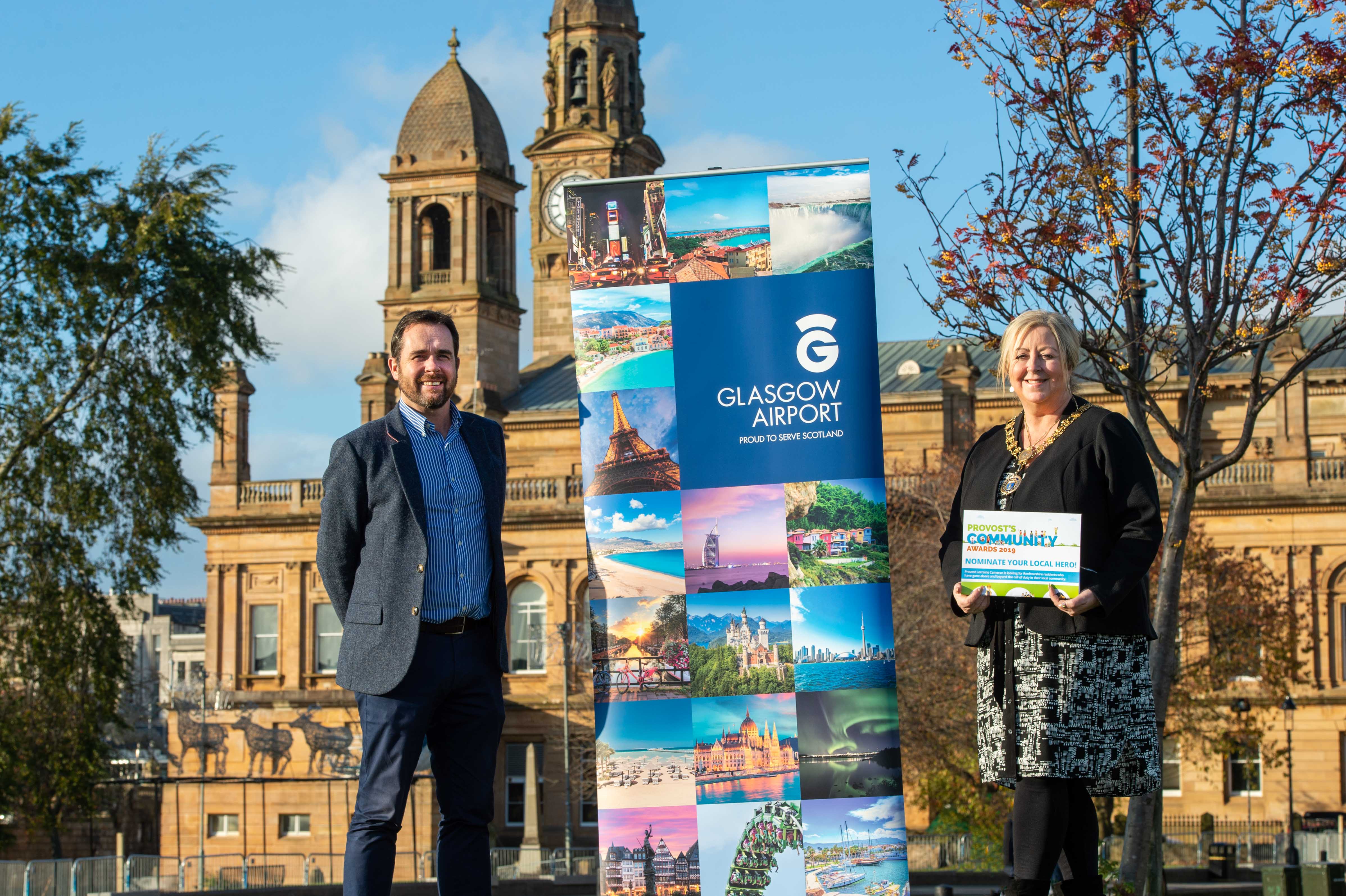 Craig Martin, Head of HR at Glasgow Airport, said: “We’re proud to serve Renfrewshire and as a major employer is the area it is important we support the Community Awards.

“It is particular appropriate for the airport to support the Community Volunteer award as we have strong links to the local area, and the vast majority of our staff live in the Renfrewshire area.

“We are keen to recognise the contribution of the significant number of everyday heroes who are making a real difference in their communities.”

Nominations are now open and all entries must beat the deadline of Wednesday 12 December.

Craig added: “This is your opportunity to recognise the real unsung heroes in your community who are making a real difference to both their neighbourhoods and other people’s lives so get your nominations in now!”

There are five other categories which anyone who lives or works in Renfrewshire can nominate in, which are Community Group, Sporting Achievement, Arts and Culture, Employee of the Year and the Carers Award.

Renfrewshire’s Provost Lorraine Cameron said: “It’s great to have the support of Glasgow Airport again as part of the awards and I’m looking forward to seeing the brilliant nominations for Community Volunteer.

“It’s important we recognise those inspiring people who go above and beyond the call of duty to make Renfrewshire a better place so don’t miss your chance to give them the recognition they deserve.”

The winners and their nominators will be invited to a special ceremony on Friday 15 March at the Lynnhurst Hotel to celebrate their achievements.

Glasgow News? Daily Updates part of our network
Paisley Abbey hosts special service to mark 100 years since the end of the First...