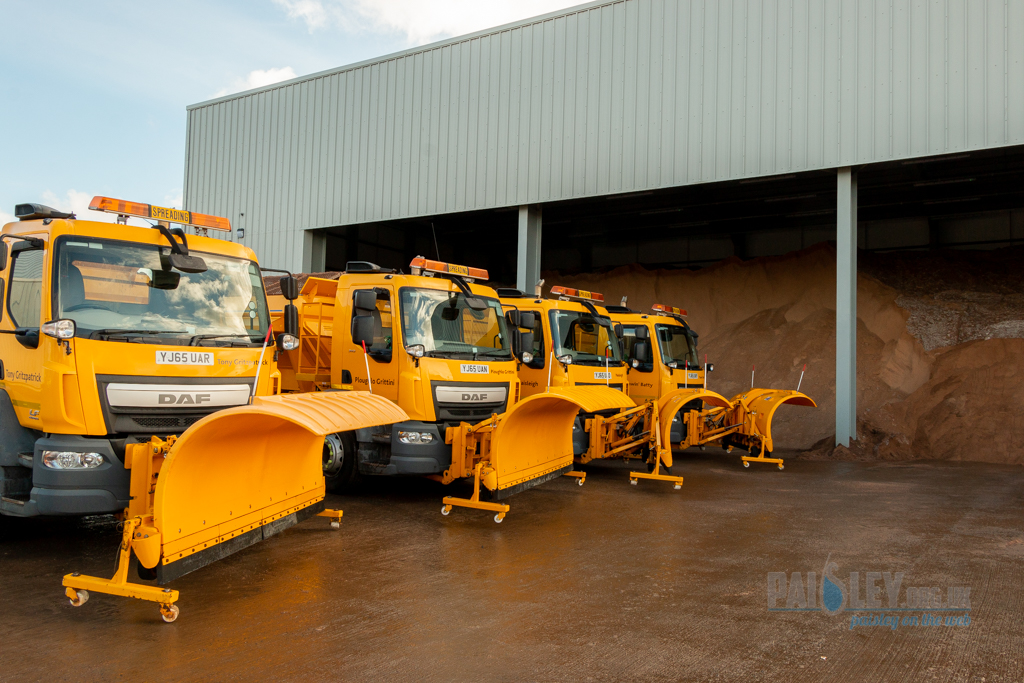 Renfrewshire Council’s Winter Maintenance Plan has now been agreed at the recent Infrastructure, Land and Environment Board. The plan gives details on how the council are working to prepare Renfrewshire for the winter ahead and includes information on gritting routes and information on a new initiative which will see community grit bins installed in key locations across Renfrewshire.

Cllr Cathy McEwan, Convener of the Infrastructure, Land and Environment Board welcomed the plan stating,

“It is of utmost importance that people are safe and able to travel during spells of particularly bad weather. The SNP have made that a priority and since we came into power, Renfrewshire council have installed roughly 200 new grit bins across Renfrewshire to ensure people have easy access to grit.

“The plan also sets out our community grit bin initiative, which will see larger grit bins placed in key locations across our communities. While Renfrewshire’s gritters will be out all winter, last year, many people approached me to say the would be happy to do gritting in their local areas, areas that are perhaps not on the priority gritting routes. These grit bins will allow people to prepare in advance by taking some grit away to store for bad weather. I think this is definitely the best approach to take considering the terrible weather we have seen in recent times.”