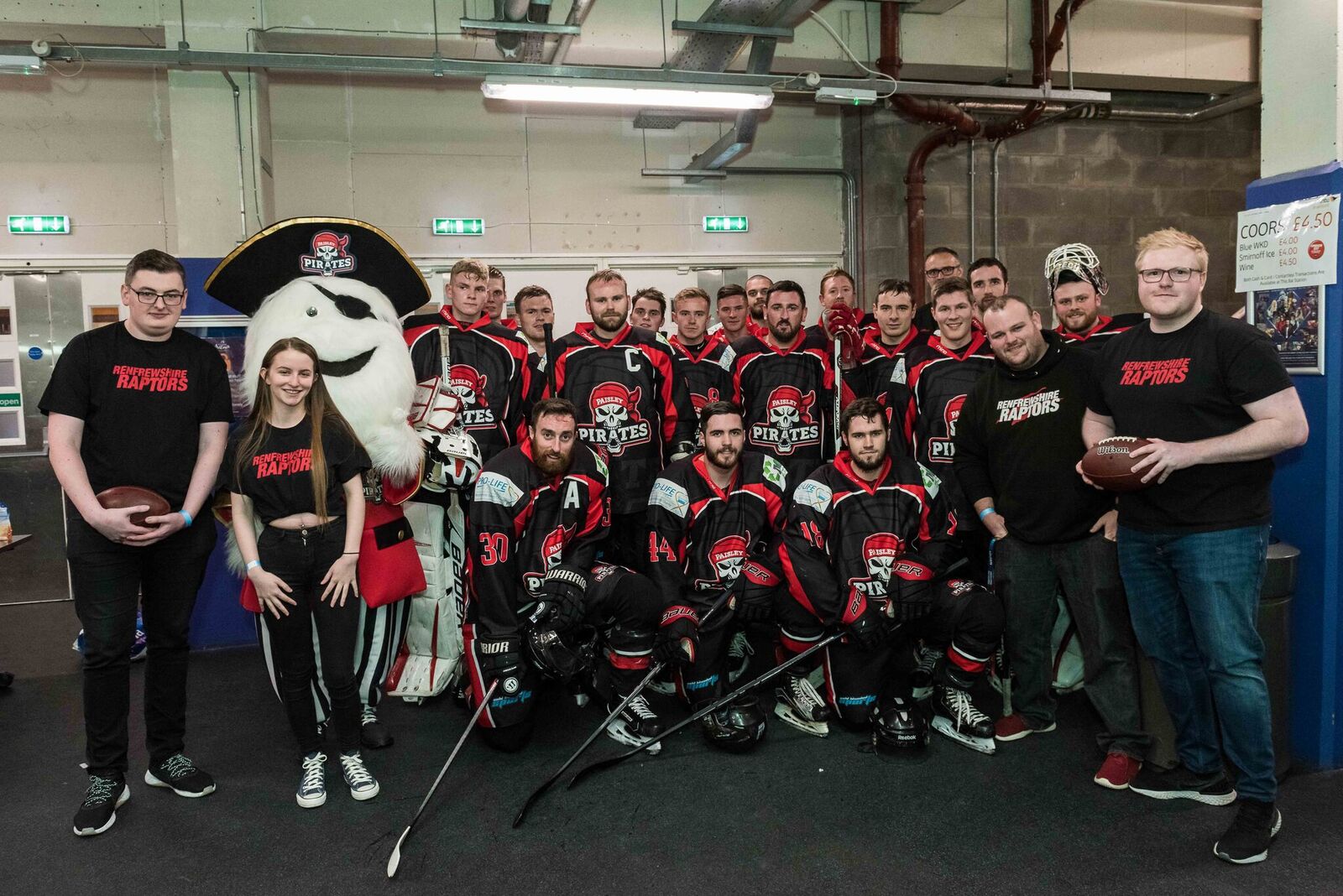 Paisley Pirates are well known for their exploits as one of the top ice hockey teams in  Scotland, but last weekend they ventured into the world of American Football to help out a local team hoping to boost their squad numbers.

Off Ice Operations Manager Jackie Turley explained, “We’d heard that the Raptors were on a recruitment drive in a bid to add to their numbers, and we were only too happy to offer them the chance to hand out leaflets at our game against the Solway Stingrays last Sunday.

I know the boys managed to shift a lot of leaflets, and we hope we managed to assist them in what can be a difficult task. We know how hard it can be to bring in new blood sometimes, and we hope the Raptors are successful in enlarging the club and bringing another American influenced sport into the consciousness of the local community.”

“We’re always happy to help out other clubs in the area, we’re always trying to raise awareness about the Pirates locally, but it’s amazing sometimes that so many people know so little about the number of local clubs playing and promoting their sport in the local community.”

“Anyone wanting to get any more information about the Raptors can do so by contacting
them at contact@renfrewshireraptors.co.uk.”

The attached picture shows members of the Raptors with the Paisley Pirates shortly before
the latter beat Solway on the ice.