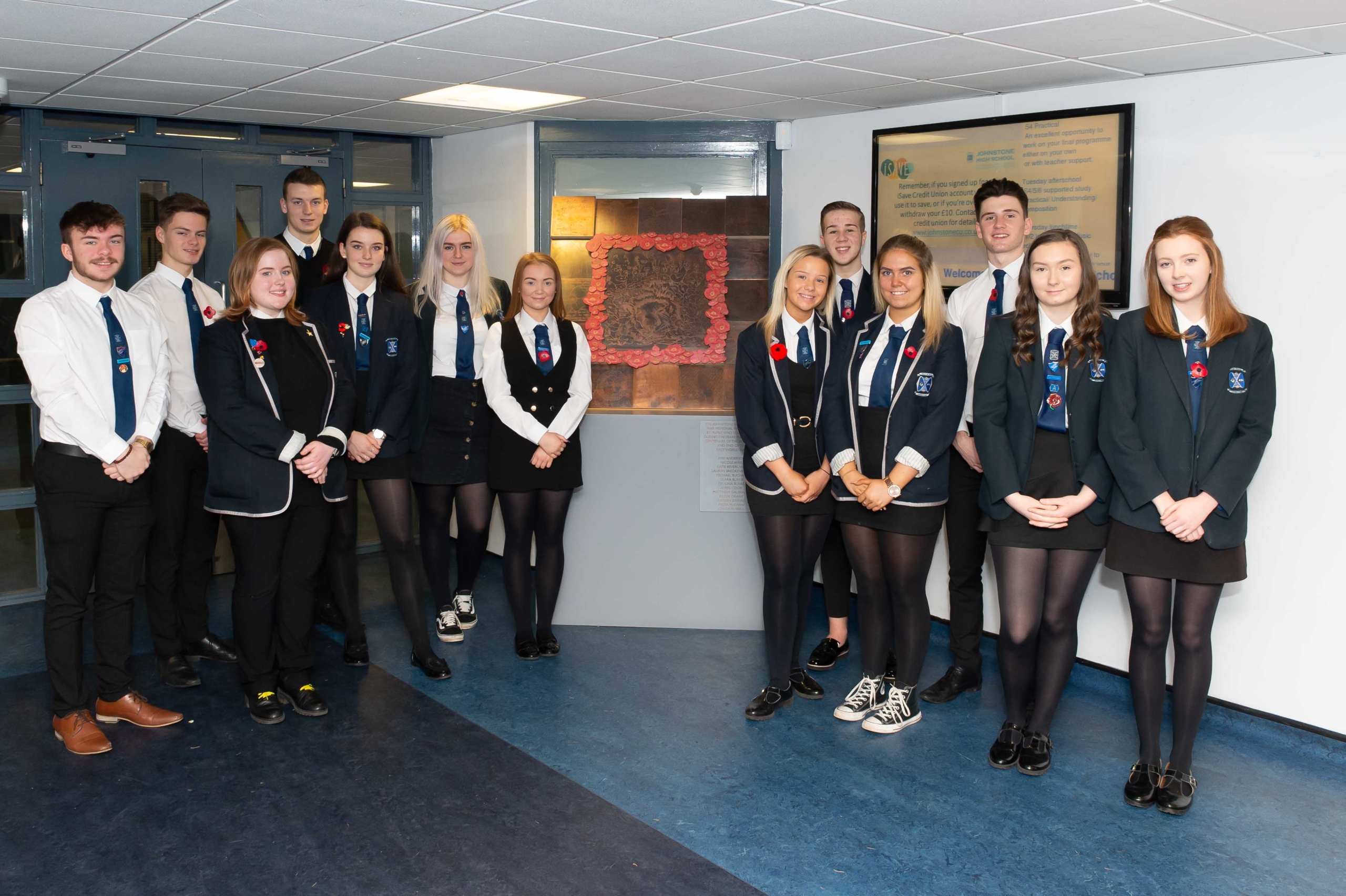 The 45 names etched in copper provide a snapshot of the harrowing impact of the Great War on just one Renfrewshire school. 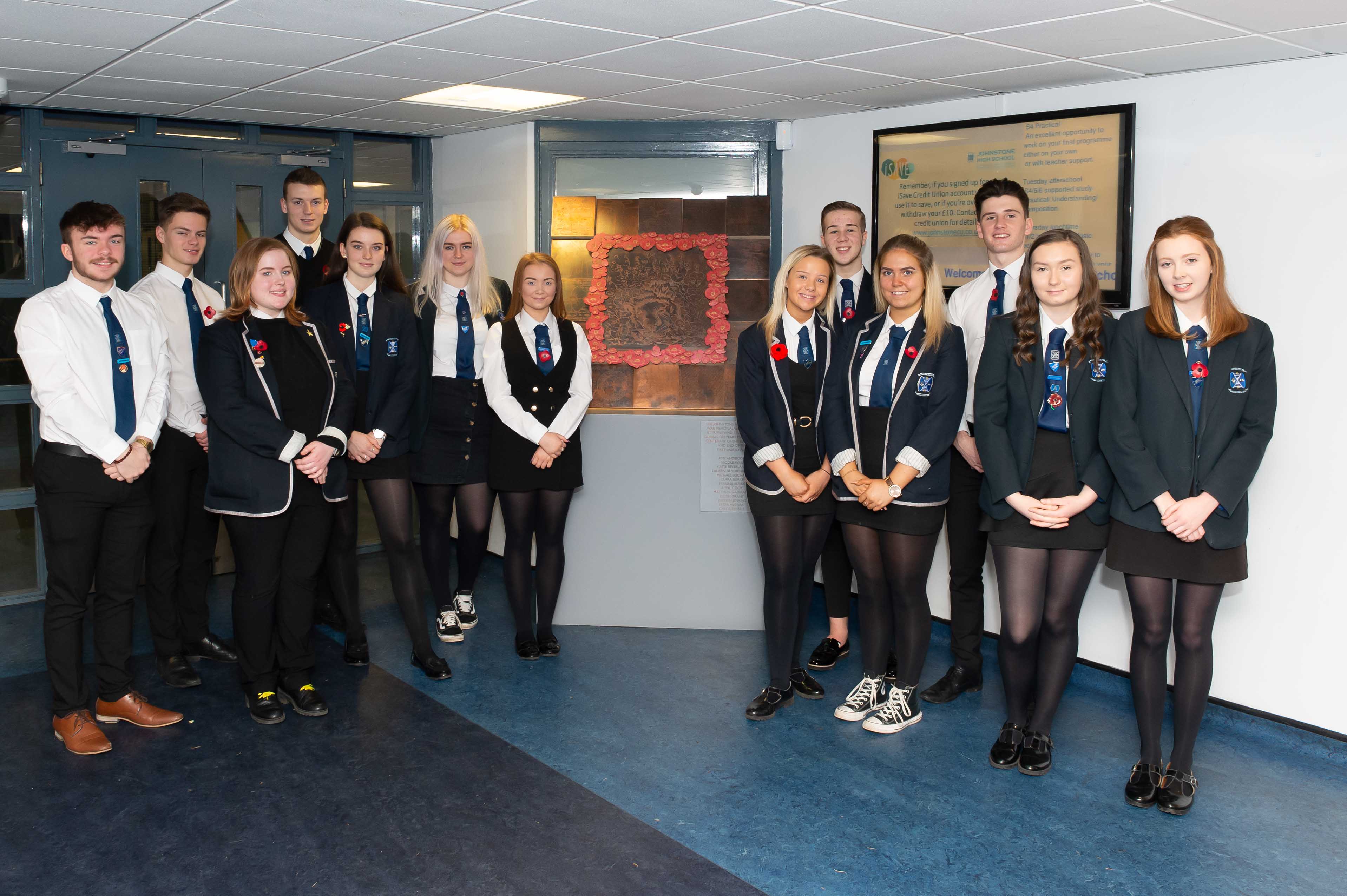 An entire generation was decimated by the conflict, in which millions of soldiers and civilians were killed.

In the centenary years marking the beginning and end of the First World War, pupils and staff at Johnstone High have created a commemorative plaque to mark former students of the school who perished.

The school held a service to commemorate the fallen on November 9, where senior pupils read the names of the former pupils who died in the conflict. 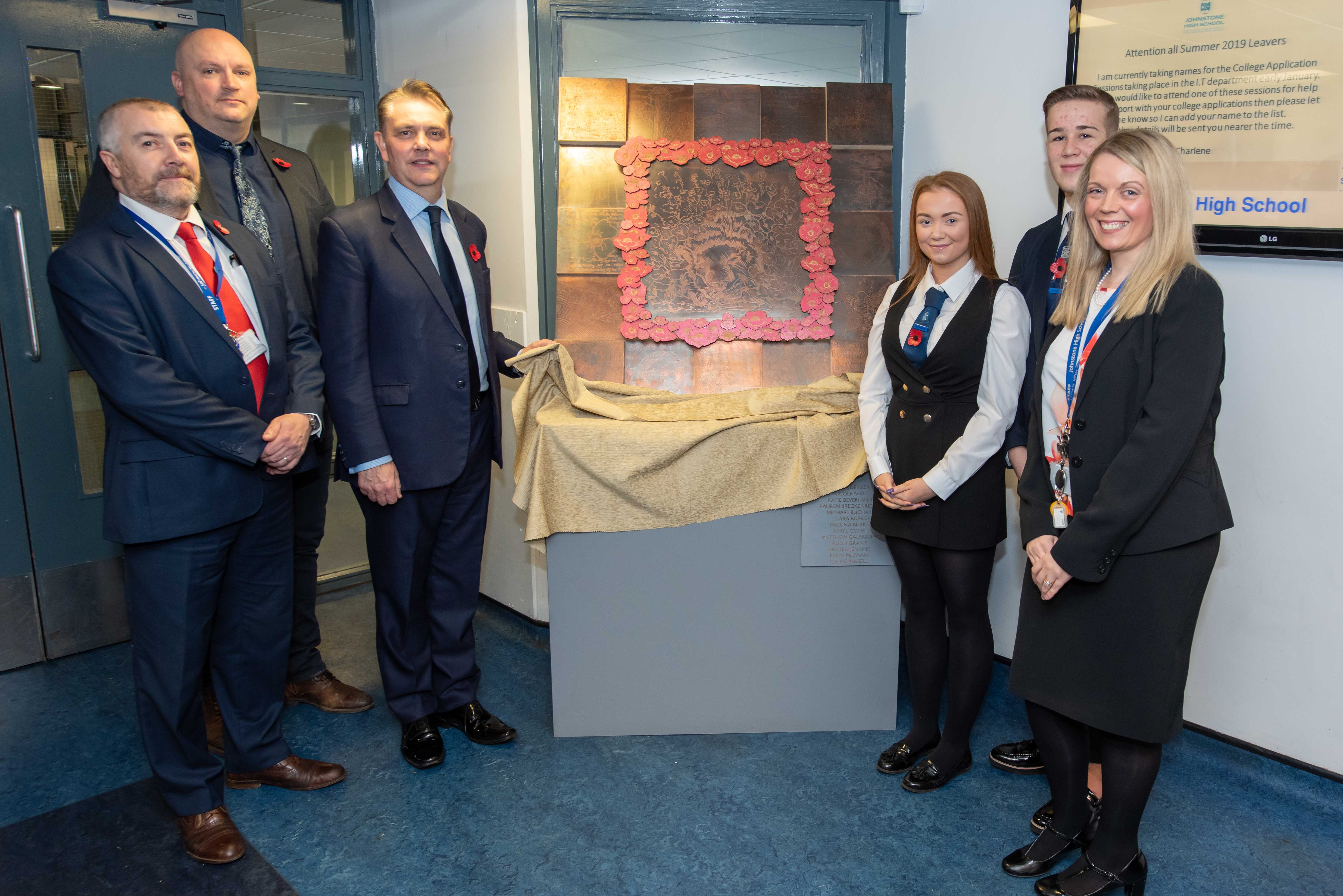 It was followed by a formal service to unveil the plaque, which was created in-house with input from pupils during the years marking the centenary of the beginning and end of the conflict.

After an original plaque was destroyed by fire at the original school building in Ludovic Square, Depute Head Graham Munro carried out extensive research to identify the school’s fallen. 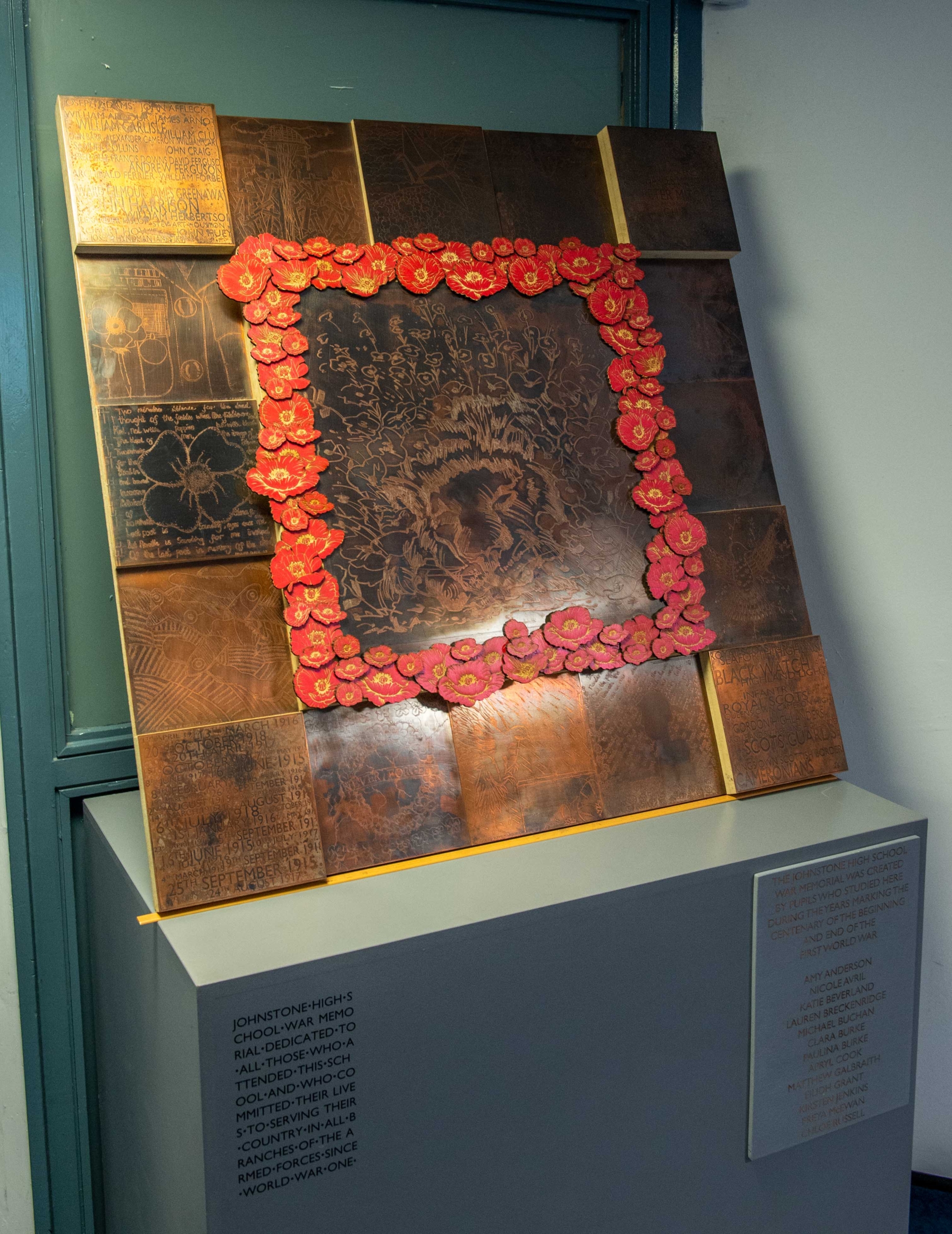 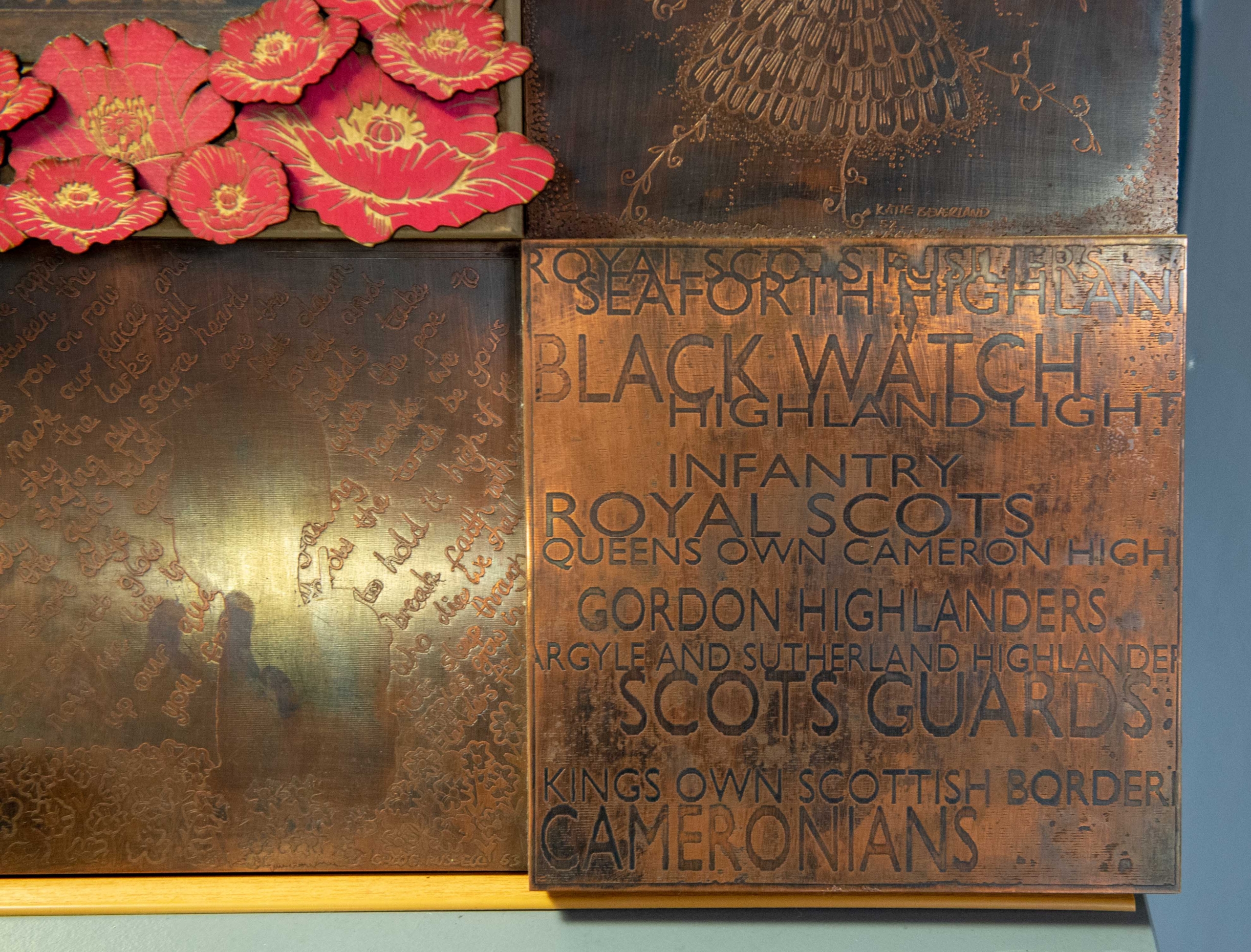 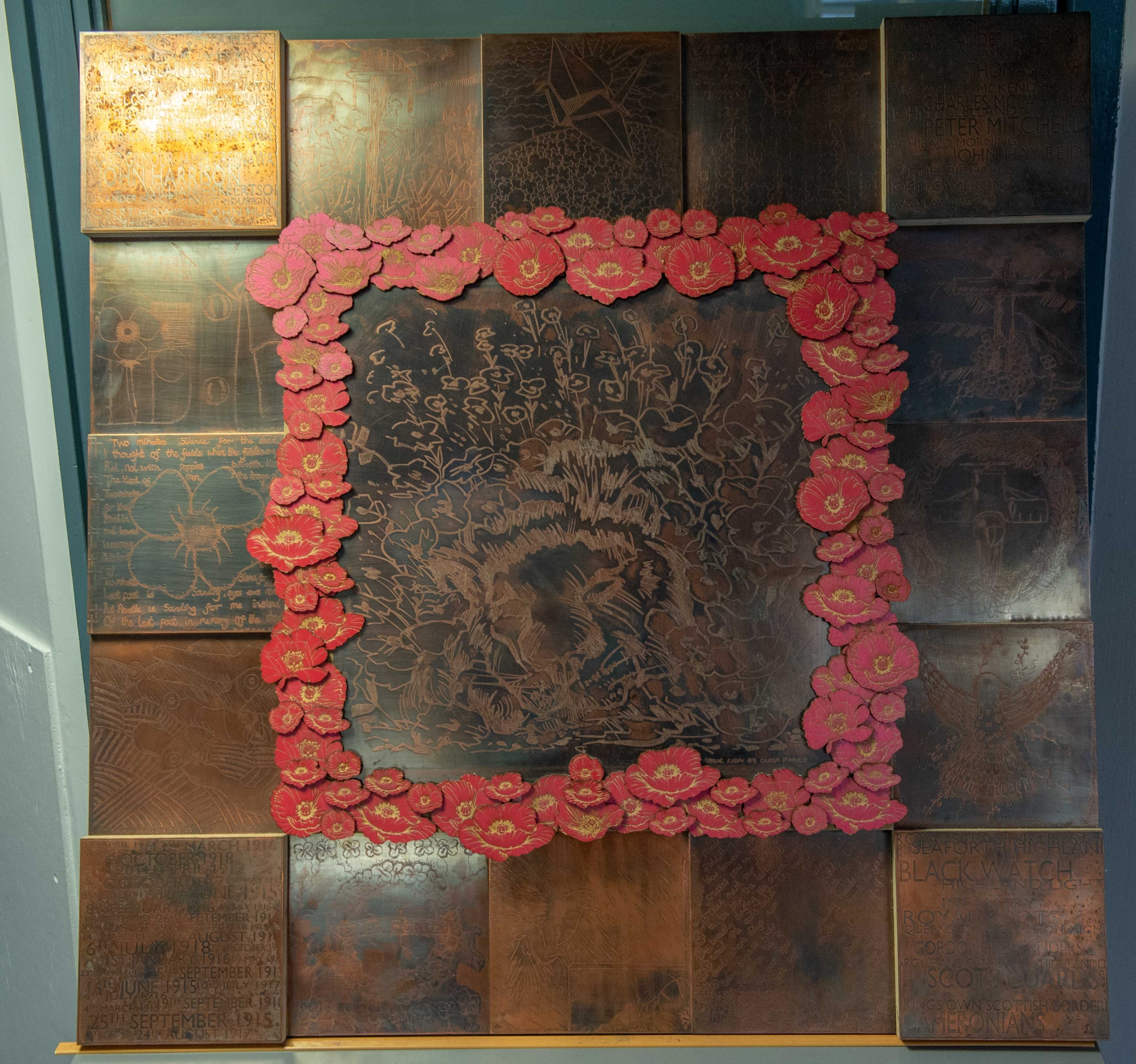 He said: “I researched the names of former pupils who had died after the local business community led by Councillor John Hood raised money to get a memorial with all the pupils named on it.

“I used historical and military websites and cross-referenced names with the online census, and also spoke with local people.

“It took a couple of years to come up with a list of the school’s war dead and their regiments. It was a bit like a jigsaw.

“We now get our pupils to read out the names of the fallen at our Remembrance Service every year. “They can be shocked when we tell them that some of the soldiers died when they were younger than them.

“It was a real labour of love from everyone involved.”

S5 pupil Nicole Avril said: “I was happy to be involved in the design as it was for the school and the memory of the fellow pupils who gave their lives.”

An original plaque is thought to have been destroyed in a fire at the original high school building in 1960.

Seaman Samuel Collins Ord was the first soldier to perish just months after the war started on 26 September, 1914.

Poignantly, the last death was just three weeks before the end of the war. Private William Armour of the Argyll and Sutherland Highlanders died October 20, 1918. The war ended on November 11 that year.

The regiments range from the King’s Own Scottish Borderers and the Highland Light Infantry and the Royal Flying Corps, with ranks from Private to Major.

When conscription began in 1916, men were sent to fill in the gaps in any regiment that required replenishing. There were initially so many volunteers that the army had more men than they actually needed at that point.

It wasn’t until the wholesale slaughter of the Western Front kicked in that the ranks became perilously thin.

The Argyll and Sutherland Highlanders features heavily, thought to be because there was a Territorial battalion based in Paisley at the time.

The school’s Head of Art, Andrew Sheppard who has an interest in military history, designed the war memorial with pupils.

He said: “I worked with several year groups on the plaque.  The centre piece is a lion sleeping in a field of poppies and was based on a drawing by one of our former pupils which I then then turned into etched copper work. There are 12 pupil pieces around each side on smaller copper plates and each is the pupil’s own response to the idea of commemoration and sacrifice. “

One shows the outline of a soldier wearing the classic Brodie tin helmet, with the figure made up from jigsaw pieces. Another shows a dove about to land on the side of a cross in a war cemetery.

Graham Munro added: “We would welcome hearing from anyone who had a family member who was a former pupil and that died in the First World War to contact us if their names not on it and we’ll add it on to the plinth.”