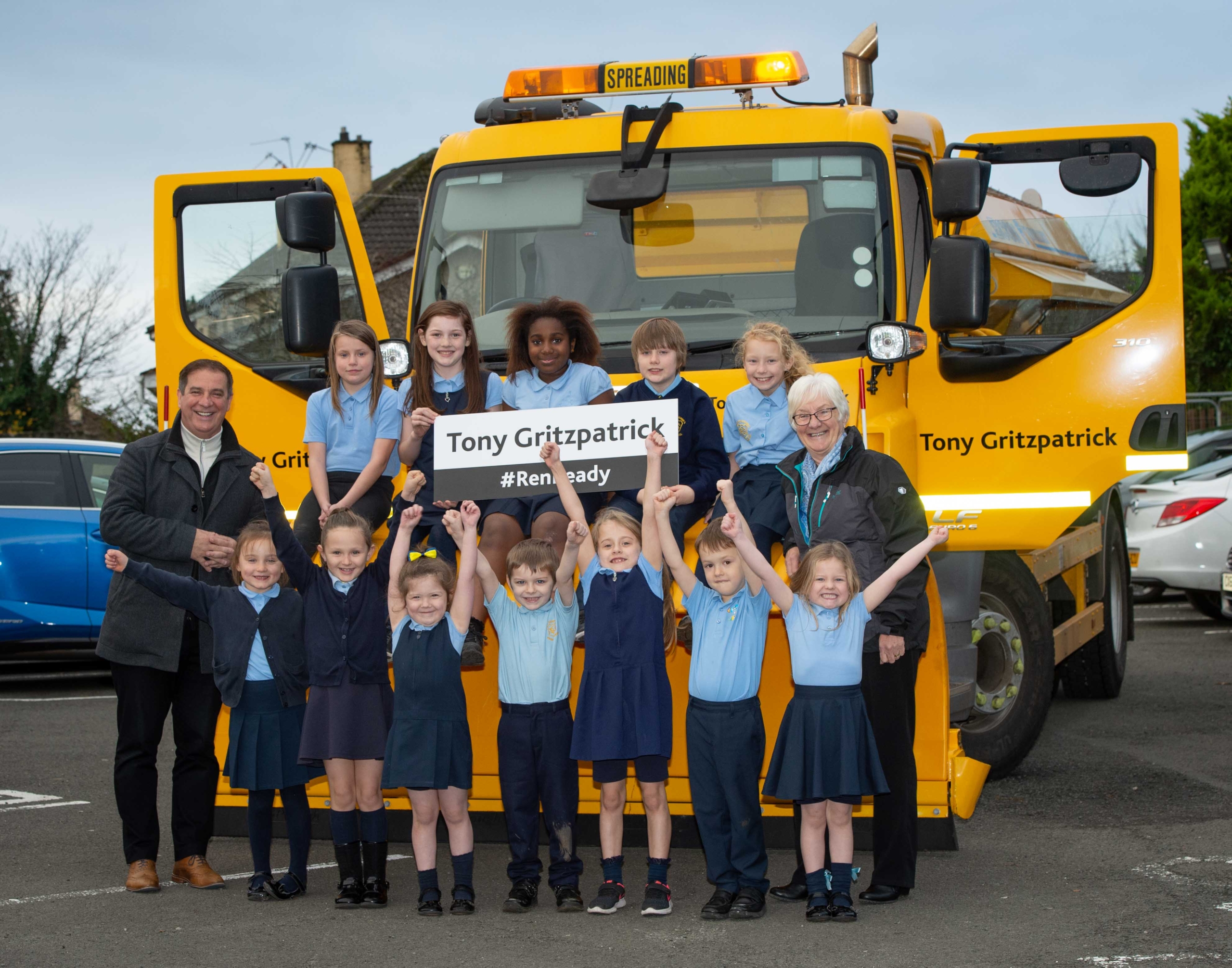 Pupils at St Catherine’s Primary in Paisley were delighted to receive a visit from Renfrewshire Council gritter ‘Tony Gritzpatrick’ yesterday after the name they submitted was voted to be one of nine famous names for the gritting machines. 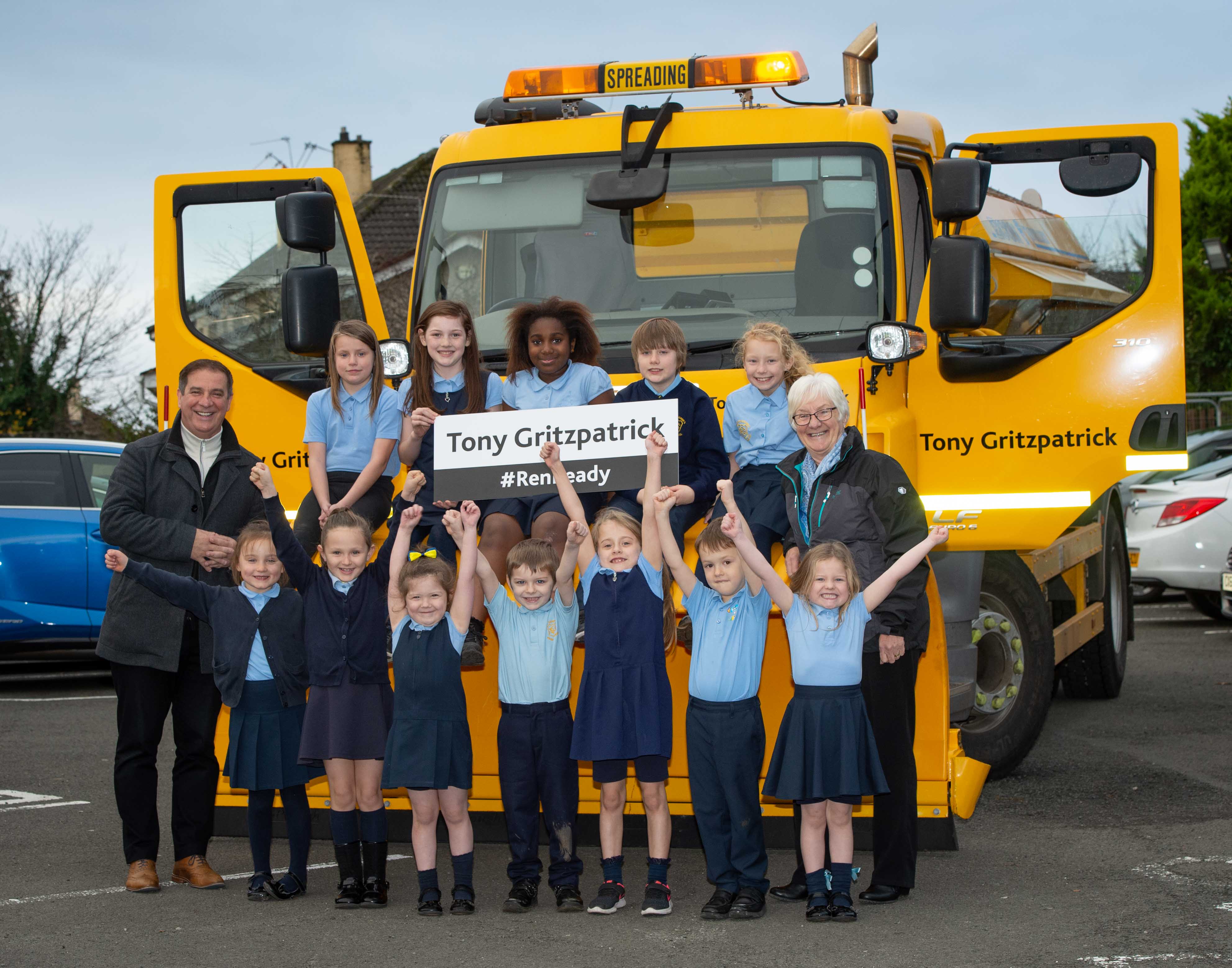 Pupils from the school’s Citizenship Committee wanted to honour friend of the school and St Mirren legend Tony Fitzpatrick, and the man himself took the time to pay them a visit and meet his winter namesake.

Tony said: “It’s fantastic that the young people at St Catherine’s Primary put my name forward for one of the gritters and I’m humbled to have been chosen. 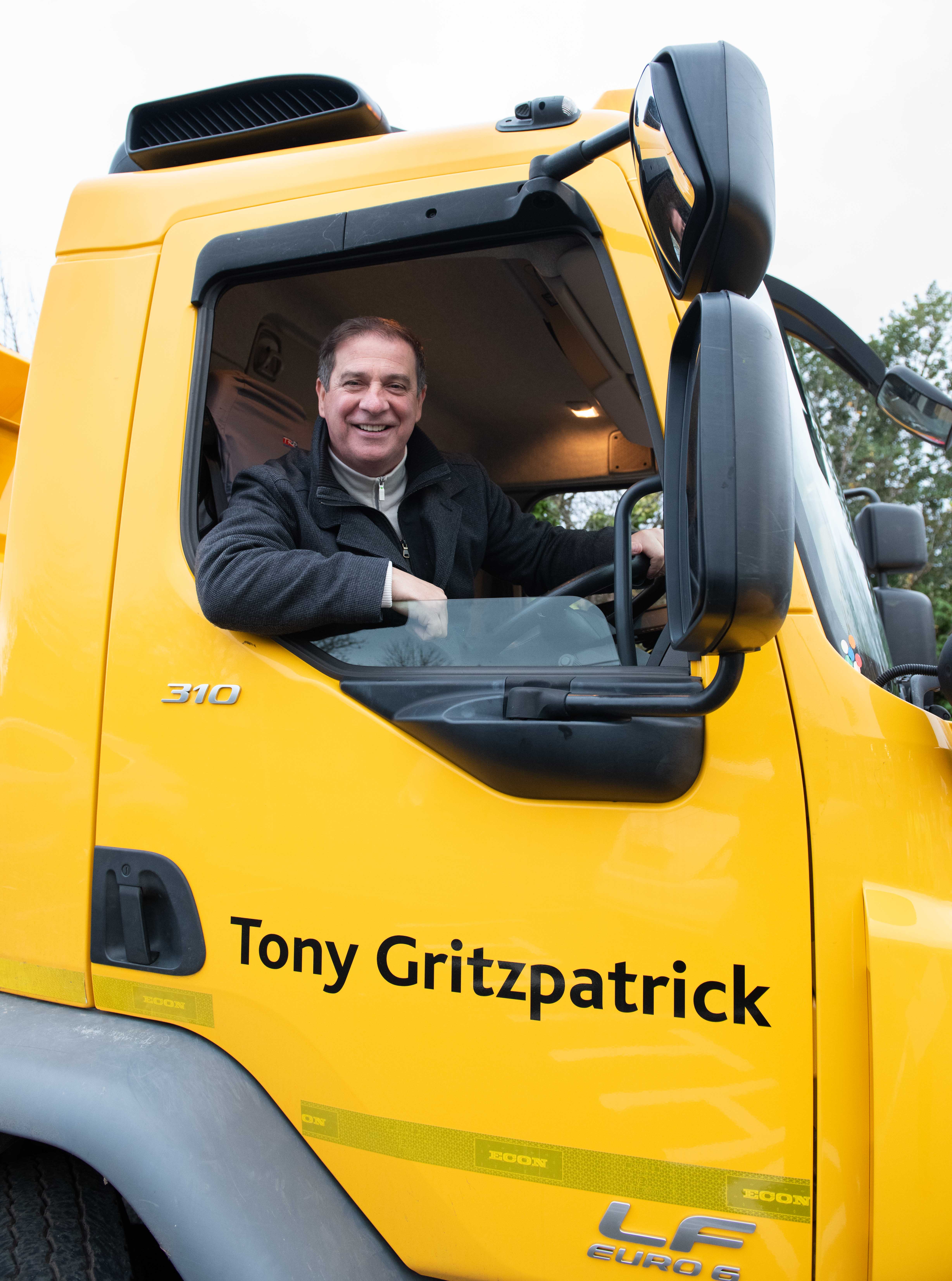 “The competition caught the imagination of everyone, for all the names, and I just want to again say thank you to everyone who voted, and especially to the pupils at St Catherine’s.”

The pupils had taken part in the council’s #NameOurGritters competition which set out to recognise the local heroes within Renfrewshire who keep the area moving throughout the winter period.

Famous faces, places and landmarks were sought for their new names and Tony’s gritter will be joined by names such as Ploughlo Grittini, Fridge of Weir and Paisleigh. 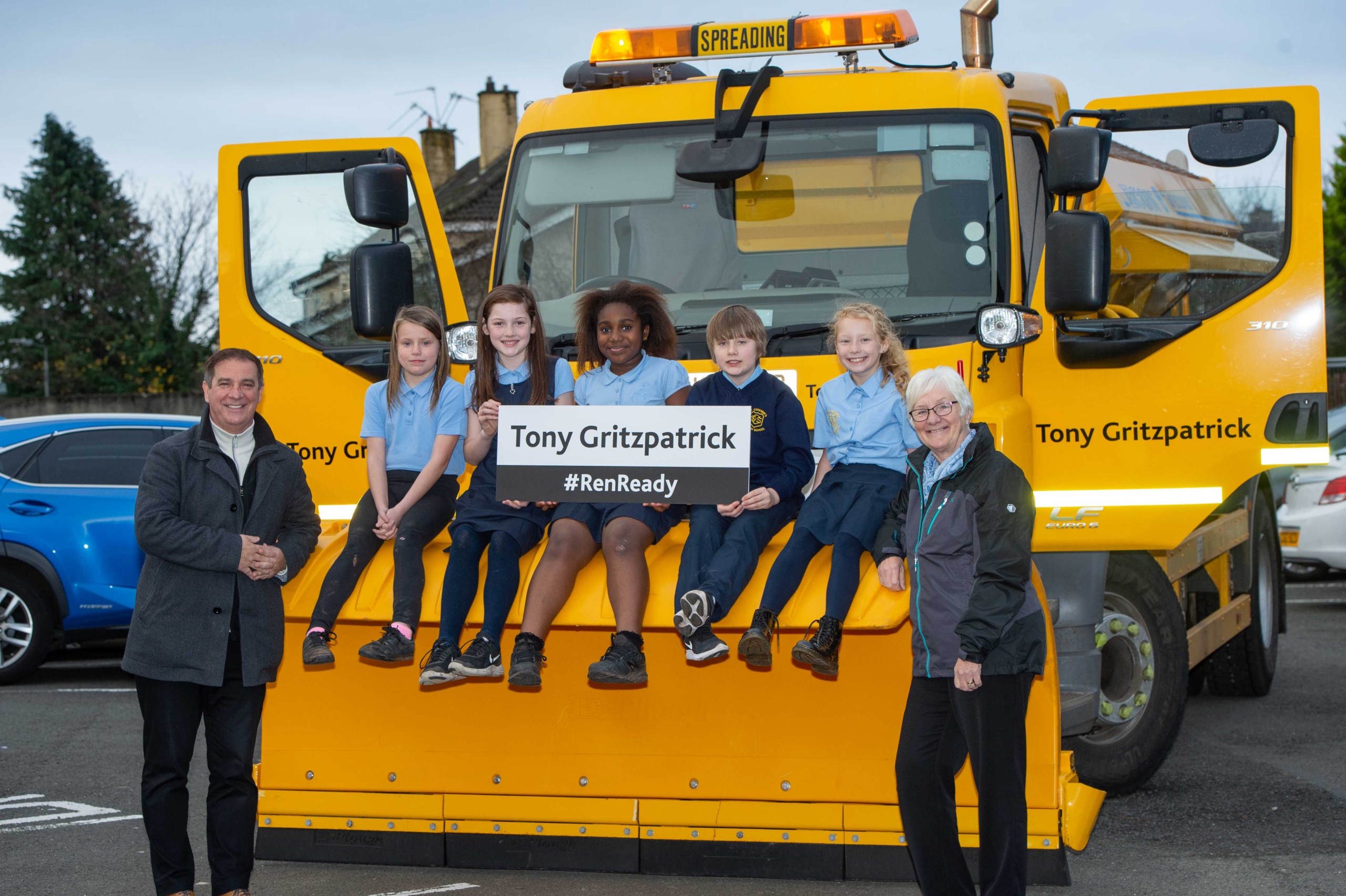 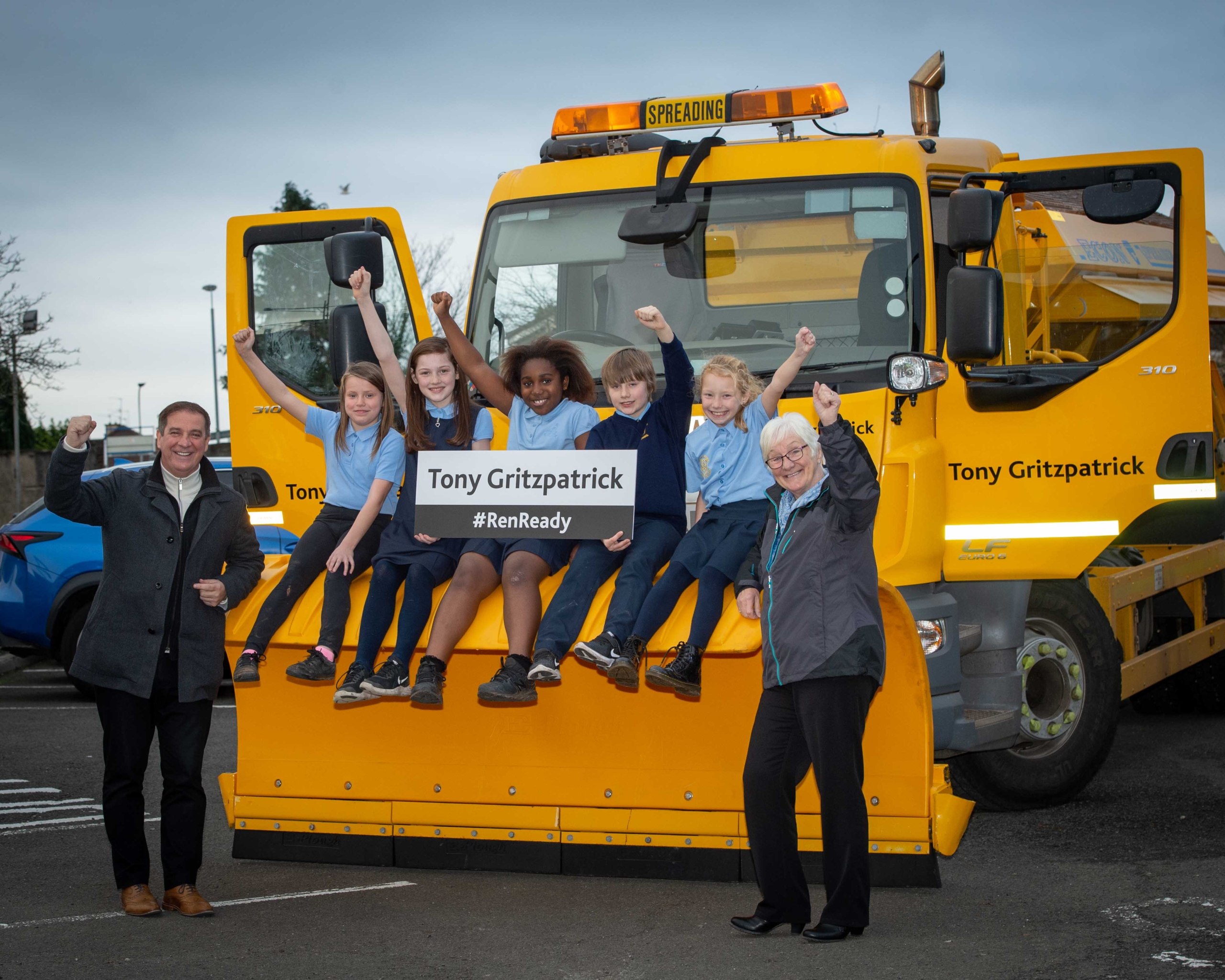 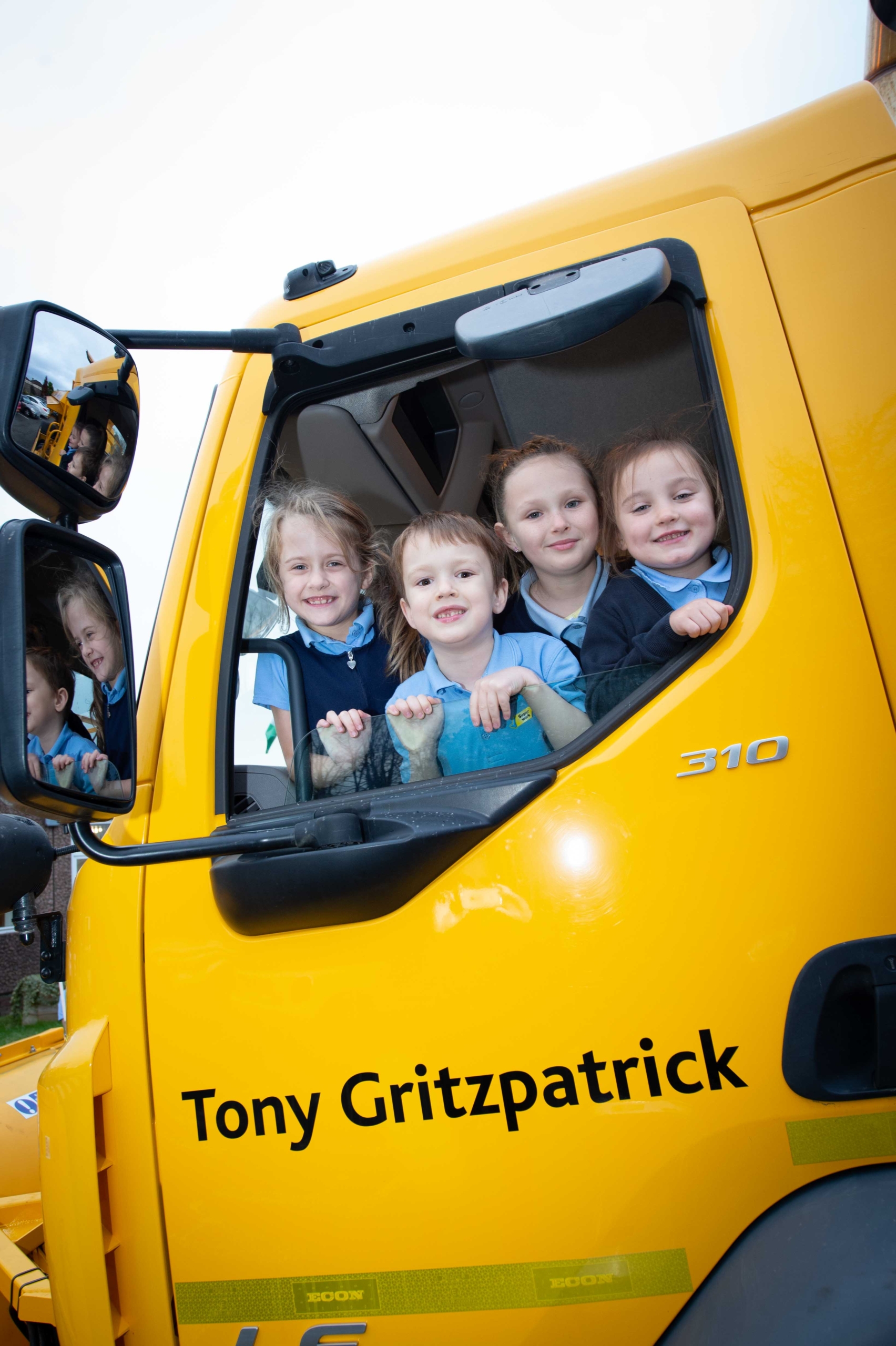 Lauren Berry, Head of St Catherine’s Citizenship Committee, said: “The pupils were delighted to take part in the competition and had fun coming with ideas and learning about what happens to prepare for winter.

“They’re all big fans of Tony and they’re thrilled that their suggestion was chosen as one of the winners and that they got to meet the newly-named gritter alongside their hero!”

The competition was part of the annual #RenReady campaign which aims to prepare local communities, groups and businesses for the effects of winter weather.

Councillor Cathy McEwan, Convener of Renfrewshire Council’s Infrastructure, Land and Environment Policy Board, said: “The competition reached people of all ages and we received more than 1600 suggestion and over 8000 votes in the final polls which is fantastic.

“We need to celebrate the people who work in our gritting teams, our Care at Home staff and our homeless support team as these are the people keeping Renfrewshire going throughout the winter, and this competition gave us the chance to highlight that.

“We saw last year the trouble an unexpected weather event can cause so it’s important that we are all #RenReady to cope with anything winter can bring.

“Please check our website for advice and guidance on how to keep safe this winter.”