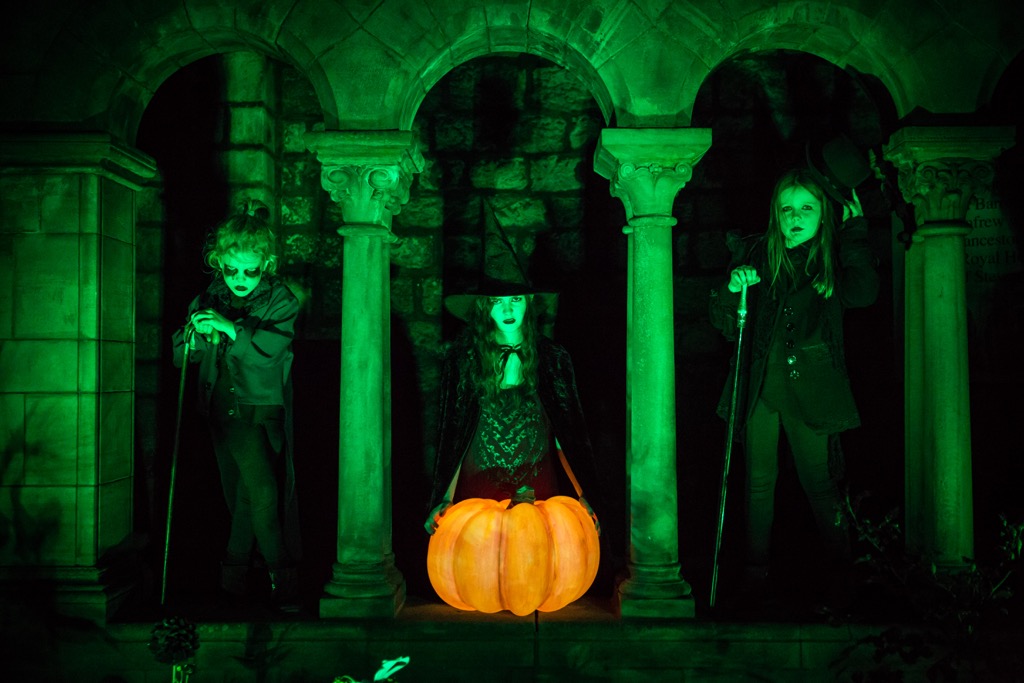 It is one of the most infamous witch trials in history which saw Paisley the last town in western Europe to conduct a mass execution in 1697.

Four women and three men were sentenced to death after series of events which started when the  11-year-old daughter of a local laird mysteriously fell ill.

Christian Shaw suffered fits, similar to demonic possession, and accused several people of bewitching her.  Witchcraft was against the law in Scotland and seven people were tried as witches and executed at Gallow Green.

Hugh, who researched the 1697 trials extensively and is editor of ‘The Kirk, Satan and Salem: A History of the Witches of Renfrewshire’, says that far from being a malicious accuser, she was unfairly maligned.

Hugh, who first became aware of the case as a young research assistant at Glasgow University, said: “Christian Shaw has had a very bad press with the notion that she was a particularly bad, evil child who was able to fool the courts and local dignitaries for malicious purposes.

“This seemed to me be not very plausible and grossly unfair so my interest was aroused at the potential injustice.

“The alternative view point that she was suffering from a hysterical malady or mental illness seemed to me to be even less likely, so I researched the case.”

Hugh says the case was different from other witchcraft trials in that a child was the main accuser.

He also believes the story was influenced by what happened in Salem in Massachusetts just a few years later.

He added: “The actual evidence didn’t suggest that Christian Shaw was either mentally ill or malicious, but rather she was actually peripheral to the case.

“If you look at the accusations against the people who were charged with witchcraft, if you removed what they were said to have done to Christian Shaw, they would still have been executed.

“It wasn’t crucial to the case and it’s not clear if she even gave evidence at the trial.”

He says that he believes the story was influenced by a book later written on the case by local minsters.

He said: “When people consider her role in all of this, they weren’t considering her evidence at the trial but this book.

“It was written be local ministers who were very well aware of Salem witch trial and wanted to make a theological point. Witches renounced Christ and the fear of witchcraft centred on that and the Devil.

“But if the Devil existed, so did God, and they were trying to encourage atheists to repent.

“It was 1697 and they were looking to the turn of the century and it was a period of great turmoil.

“The local ministers thought the world was coming to an end.”

After the trial Christian Shaw’s story took another sensational twist when she became a prominent businesswoman who founded the Bargarran Thread Company along with her mother.

It transformed into the cotton company on which Paisley’s fame and wealth was founded.

Hugh added: “I think even today her role in the witchcraft trials is misinterpreted. I don’t think Christian Shaw was a malicious child and that she should instead be celebrated as a successful entrepreneur.

“Women often get a rough deal in history and are written out. This is only one interpretation, but the one that I believe. But I think the other stories should still be told, they live in contradiction and conflict with each other.”

Paisley’s annual Halloween Festival ‘Something Wicked this Way Comes’ returns on Saturday 27 October, with a Friday Fright Night on 26 October, and features an animated parade, sound and light installations and performances.

The festival, supported by the Year of Young People 2018 event fund managed by EventScotland, part of VisitScotland’s Events Directorate, has been developed with the help of young people. It is celebrating their talents both as performers, as well as contributors to the management of the event behind the scenes.

Part of this is a new production starring a 50-strong cast of young people who will take part in a breathtaking aerial show.