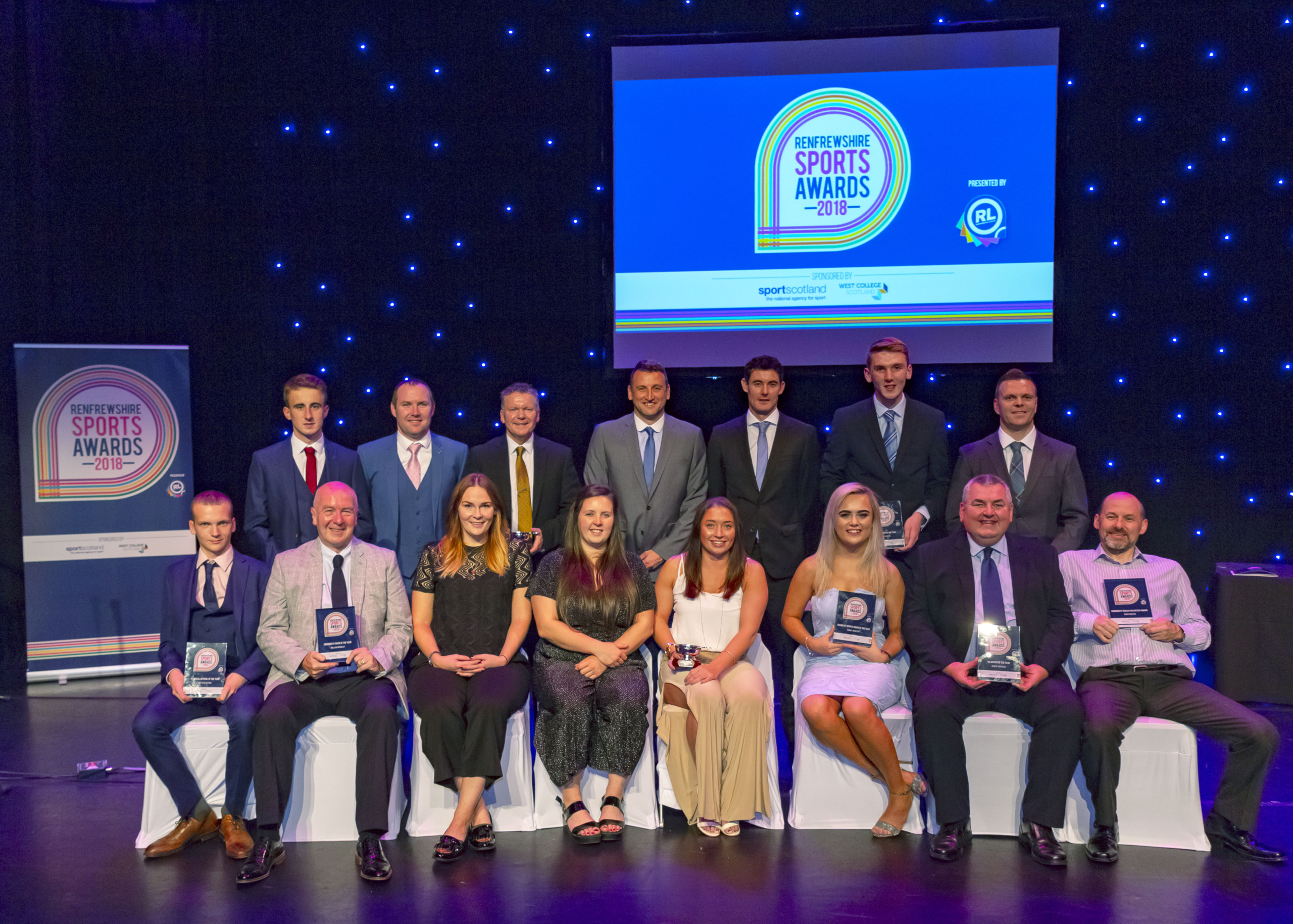 The people who deliver the wide variety of sports activities locally have been honoured at a special ceremony.

The annual Renfrewshire Sports Awards were presented to the coaches, volunteers and officials who help run clubs and sports for the benefit of others. 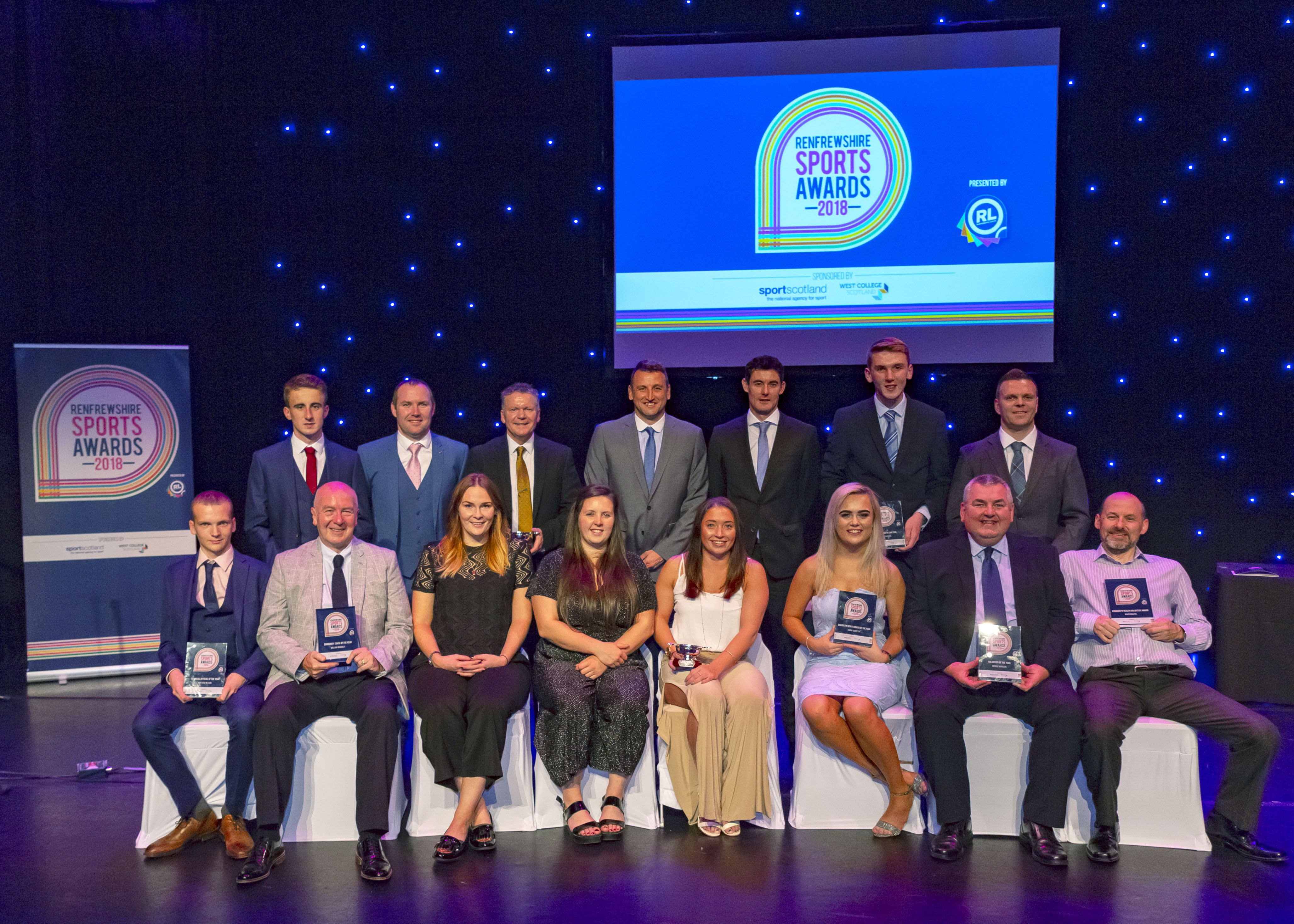 The awards are organised by Renfrewshire Leisure, in partnership with Sport Scotland and West College Scotland and were presented at a dinner held in Johnstone Town Hall.

The Community Coach Award was won by William Broadley, who started the Houston Soccer Academy, in 1996; Disability Sports Coach of the Year was Tammy Johnston, one of the lead coaches at Fit 4 Sport and Ben Harwood, football coach at Park Mains High School, won the Young Coach of the Year.

Volunteer of the Year Award went to George Morrison, who is currently chairperson of Bishopton FC; Young Volunteer of the Year was won by Craig Kennedy, who is a Young Ambassador, at Park Mains High School and David Coulter, peer volunteer at the RAMH Saturday football group, lifted the Community Health Volunteer Award.

The Technical Official of the Year Award went to Matthew Retson, who is one of the lead officials for the Renfrewshire School’s Hockey League and Mark Fulton, current President of Kelburne Hockey Club, won the Dedication to Sport Award.

School Recognition Awards for giving young people a chance to take part in sport were presented to Renfrew High and Castlehead High Schools.

Chairperson of Renfrewshire Leisure, Councillor Lisa Marie Hughes said: “Our awards showcase the talent, dedication and commitment of individuals in our community.

“The variety of award categories is excellent and I’m thrilled to honour our winners and nominees who dedicate their time to make sport happen across Renfrewshire.”

Joyce McKellar, in her final annual sports awards event before she retires added: “Along with our partners we’re proud to celebrate the outstanding contribution to sport from individuals across Renfrewshire.