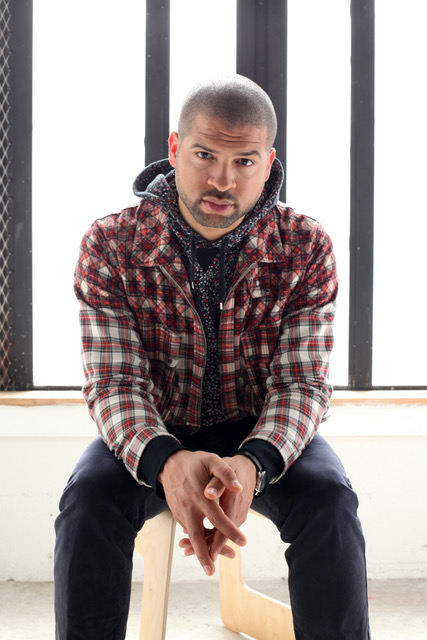 JASON MORAN – THE HARLEM HELLFIGHTERS (only Scottish performance is at Paisley Town Hall)
James Reese Europe and The Absence of Ruin
Bravery, race and the explosive arrival of jazz in war-torn Europe as Jason Moran creates an original response to the extraordinary story of James Reese Europe and the Harlem Hellfighters.
‘We won France by playing music which was ours and not a pale imitation of others, and if we are to develop in America we must develop along our own lines.’
James Reese Europe (1919).
The renowned composer, pianist and visual artist Jason Moran – ‘shaping up to be the most provocative thinker in current jazz’ (Rolling Stone) – celebrates and reflects on the legacy of James Reese Europe (1880-1919), an iconic figure in the evolution of African-American music who introduced France to the sound of jazz in the closing year of World War 1.
Jointly commissioned by 14-18 NOW, the Kennedy Center, Washington; and Serious, the performance will take place on Sunday 4 November at Paisley Town Hall, 7.30pm.
In this multi-dimensional performance, members of Moran’s long-established trio, The Bandwagon (described by the NY Times as ‘the best rhythm section in jazz’) and a highly talented group of young British players, will perform new music by Jason Moran inspired by James Reese Europe’s original compositions. In this new commission for the final year of 14-18 NOW, the performance will also include contributions from filmmaker John Akomfrah and cinematographer Bradford Young,

The musicians include talented young players from the extraordinary pool of talent that marks today’s British jazz scene.  The UK musicians are all young British players from the Tomorrow’s Warriors stable – Ife Ogunjobi (trumpet); Joe Bristow (trombone); Hanna Mubya (bass trombone, tuba); Mebrakh Johnson, Kaidi Akinnibi, Alam Nathan (reeds) plus the long-established tuba player Andy Grappy;  and the rhythm team that has been at the heart of Jason Moran’s music for many years, Tarus Mateen (bass) and Nasheet Waits (drums).

James Reese Europe and The Absence of Ruin follows other recent projects, created by Moran, that have offered a profound and entirely contemporary insight into the creative world of key figures in jazz history, including Fats Waller and Thelonious Monk. His most recent UK performances included a two-night residency at Tate Modern with his long-term collaborator, performance artist Joan Jonas, and a duet with fellow pianist Robert Glasper at a sold-out Royal Festival Hall.
Alongside the concert performances, UK teacher and tuba player Andy Grappy is creating new arrangements of Europe’s music to be played by locally recruited ensembles of young people, playing before each concert.  The project also links into the British Library’s symposium, ‘Revisiting the Black Parisian Moment: transnational black military, musical and intellectual histories, 1918-19’ on October 26; and the project is developing a dedicated website/blog – jasonmoranharlemhellfighters.com.
Background
On New Year’s Day 1918, James Reese Europe – an iconic figure in the evolution of African-American music – landed in Brest with the 93d Division’s 369th Infantry Regiment. Alongside their achievements in combat, Europe’s crack military music ensemble popularised the new spirit of jazz to a war-torn French nation fascinated with black culture. Nicknamed the Harlem Hellfighters, the 93rd Division’s 369th Infantry Regiment from New York first garnered notoriety for its world-class band, led by acclaimed composer and bandleader James Reese Europe. Made up of top musicians from the United States and Puerto Rico, the band famously played a swinging, yet initially unrecognisable, version of the Marseillaise upon disembarking for the first time on French soil. Documented as marching across No Man’s Land playing Memphis Blues, Europe’s band – along with other black regimental ensembles – toured France in between tours of the Western Front, sparking an enduring fascination with black culture.
The 369th received equal acclaim for its performance on the field of battle. Two soldiers of the 369th, Henry Johnson and Needham Roberts, were the first American soldiers to receive the French Croix de Guerre. The regiment served for 191 days and ceded no ground to enemy forces. While they returned to the United States as national heroes, The Harlem Hellfighters had not been permitted to serve under American command during their time on the Western Front. Throughout 1918, the regiment served under French command, wearing French uniforms. Following a posthumous award of a Purple Heart in 1996, in 2015 President Obama awarded the Medal of Honour to Henry Johnson.
On the 17 February 1919, the 369th Infantry Regiment famously marched up Fifth Avenue and into Harlem before some 250,000 onlookers. A spirit of determination, inspired by the war, surged throughout black America. James Reese Europe himself came to an untimely end later that year, murdered by one of his fellow band members, widely reported across the USA.
‘Jazz may be American music, but it is African American Music’
James Reese Europe
JASON MORAN – THE HARLEM HELLFIGHTERS is co-commissioned by 14-18 NOW: WW1 Centenary Art Commissions,  Serious and the John F. Kennedy Center for Performing Arts, with support from the National Lottery through Arts Council England and the Heritage Lottery Fund, from the Department for Digital, Culture, Media and Sport.  Producing partners are Berliner Festspiele / Jazzfest Berlin and the Federal Agency for Civic Education, Germany and Renfrewshire Leisure.
https://www.paisley.org.uk/wp-content/uploads/2018/10/JasonMoran.jpeg 640 427 Brian McGuire https://www.paisley.org.uk/wp-content/uploads/2015/09/paisley-logo-trans.png Brian McGuire2018-10-11 09:54:432021-05-14 06:17:26ONLY SCOTTISH DATE: SERIOUS PRESENTS JASON MORAN – THE HARLEM HELLFIGHTERS AT PAISLEY TOWN HALL (PART OF 14-18 NOW)

Glasgow News? Daily Updates part of our network
AIRPORT PASSENGER NUMBERS SET TO SOAR THIS WEEK AS OCTOBER BREAK GETS UNDER...

Awards for all the good sports
Scroll to top