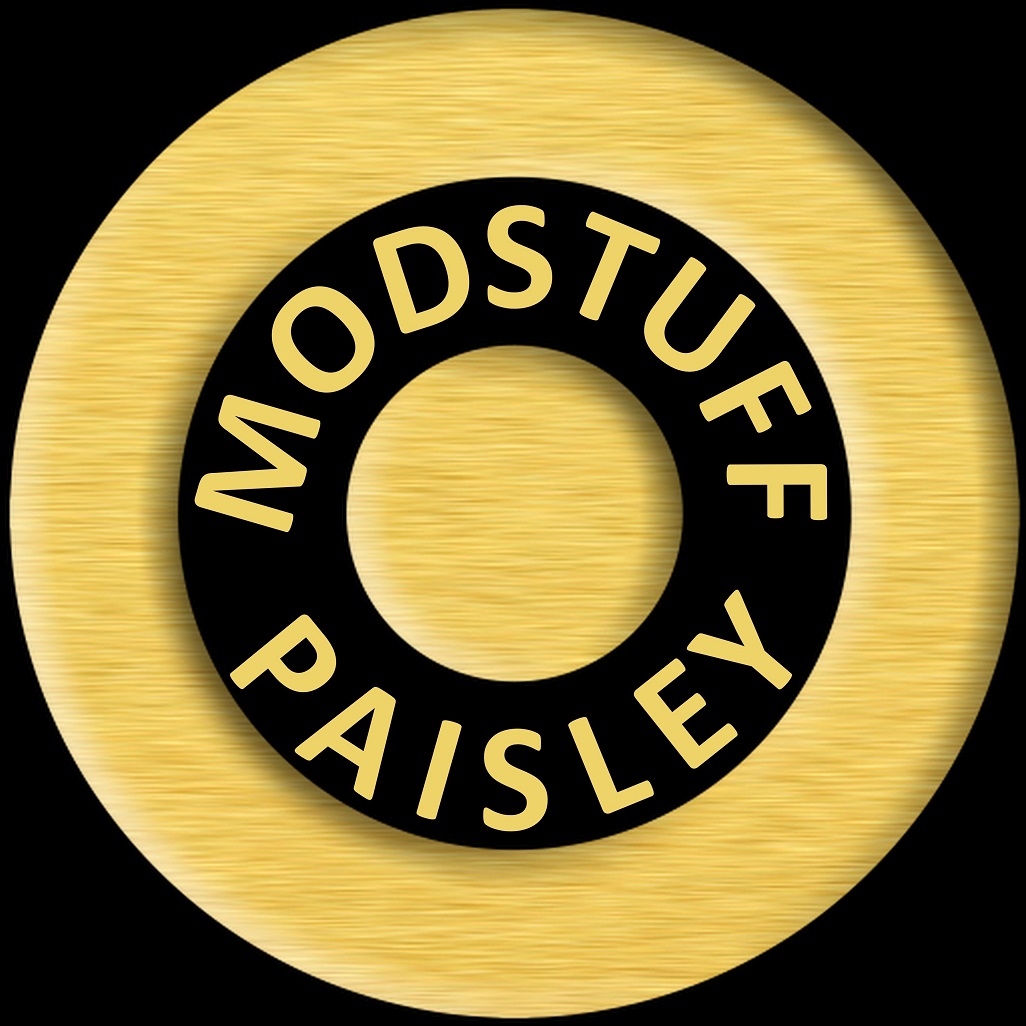 We love ModStuff here at Spree HQ, so we’re all kinds of happy to say that it’s coming back again for this year’s festival!

The team at LNP Promotions always bring a cracking line-up with them on Saturday 20 October, and it’s no different this year. They’ve also teamed up with the Paisley Vespa  Club to raise funds for the Renfrewshire Carers Centre with the Scooter Ride-out and Afternoon Show – so you’ll also be helping a very worthy local cause as well as having an absolutely top afternoon in the Spiegeltent…

LNP Promotions organises high profile gigs in Paisley to raise money in support of  many charitable projects (they’ve supported Loud ‘n’ Proud since 2013). Give them a like over on FACEBOOK.

Paisley’s own Gerry McGuire will be DJ for ModStuff, playing the best in Mod, Northern Soul and R&B all day and evening in the Spiegeltent, and this is your line-up of bands…

Lemon Soul rose from the ashes of punk (then 80’s indie) covers band The Lemons. Three new vocalists were recruited: Charlie McFadden, Stephanie Green and Julie Castro Standen (all from Paisley) and a new direction taken. To the surviving rhythm section of John Wilkie, bass and Tom Docherty, drums were added Ally Wilson, guitar, Jim McCann, sax and Grant Urquart, keys. Lemon Soul have been together for over two years building up their set and their gigging profile across the west of Scotland.

START! were formed in January 2016, brought together by a love of all things relating to Mod.

They play a fantastic set of tunes from The Small Faces, The Kinks, 60’s soul and tunes from the Mod revival of the late 70s. Start! have been building their reputation with plenty of gigs around Glasgow, Ayrshire and Renfrewshire. Most of the band come from the Paisley area and are delighted to be playing Modstuff in their home town.

The world’s only Dexy’s Midnight Runners Tribute band. This is not a couple of guys with midi files, this is a full blown, 8-piece HUGE sound, faithfully re-creating the halcyon days of all incarnations of Kevin Rowlands imagination including a 3 piece horn section, banjo, accordion, organ, piano, guitar, bass, fiddle, and drums. Once seen never forgotten, and a fistful of songs that will take you back to the days when you were Searching For the Young Soul Rebels!!! Now for the caper.

The Absolute Jam capture the authentic raw energy and sound of The Jam – from their early punk roots, to topping the charts in the 80’s. The band play a full range of songs from The Jam’s back catalogue – everything from In The City, Going Underground, Town Called Malice, Eton Rifles and The Modern World to album tracks and B sides.

They are guaranteed to please both the avid Jam fan as well as those only familiar with the hits. This is one show you do not want to miss. That’s entertainment!

After years as a musical enemy number one of the town council of Marseilles, Laurent Mombel estimated that his talents were ignored and wrongfully punished. In exile in the United Kingdom, Laurent, put himself about to find the musicians of Garage that were most endowed within their neighbourhoods – unfortunately they all were occupied and thus decided to make do with a few old tearaways met in the wild regions of Scotland – Thus Les BOF! were formed and after that, a series of concerts left them in the not very enviable situation of premier garage rockers of French language in Great Britain.

‘BOF!’ literally translates as ..don’t care!’ or ..not interested!’ but do not see there a group for which one would not have to be interested, but rather a group universally rejected by the established order – a situation, we are sure, you all know too well and with which you can only sympathize. Vive Les BOF!

The band can be seen at many scooter rallies across the UK, along with hosting Northern Soul nights in collaboration with many Northern Soul/ Motown DJ’s.