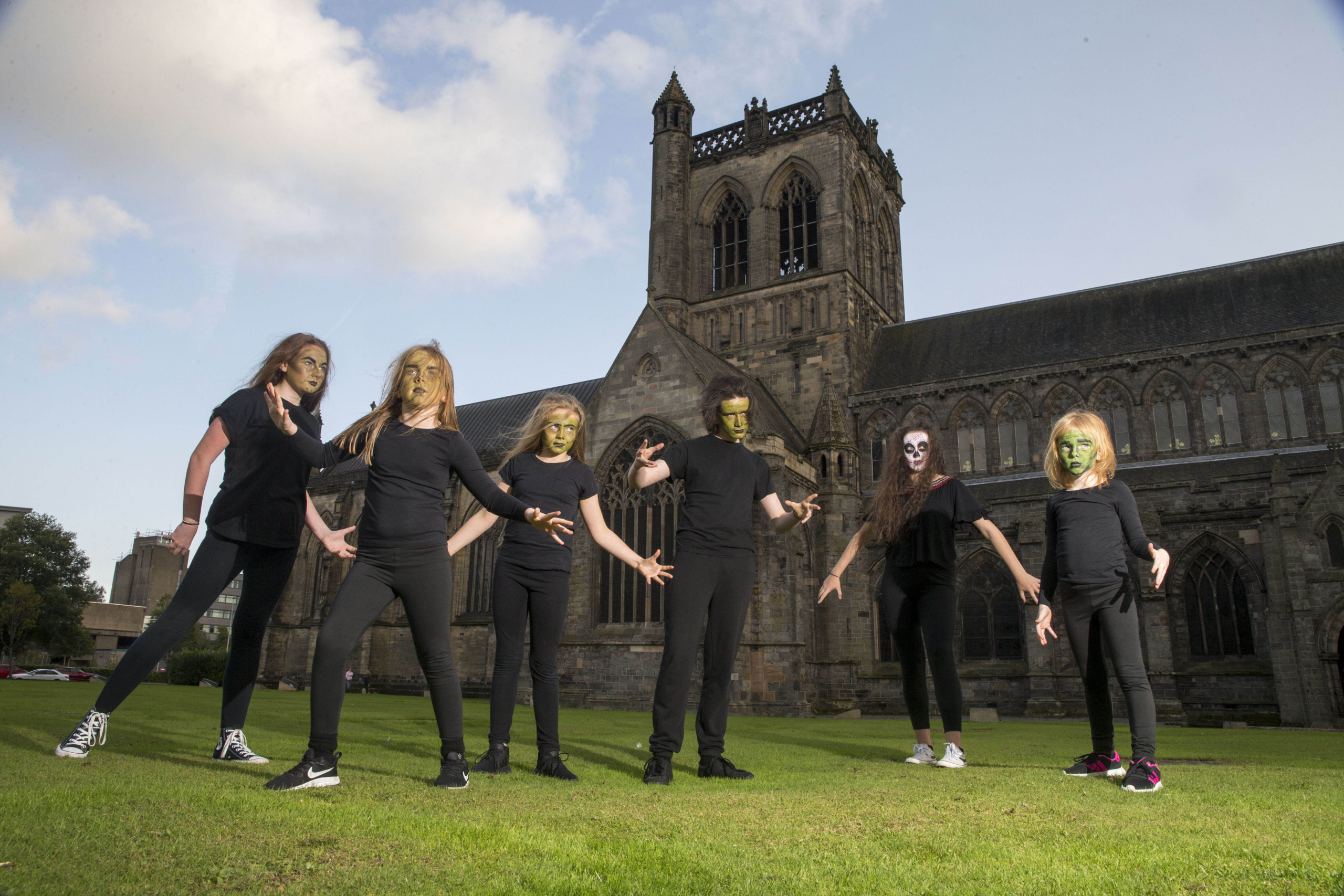 Paisley town centre will host a free Halloween spectacular featuring pyrotechnics, parades and performances – including a new finale production starring a 50-strong cast of young people who will take part in a breath-taking aerial show. 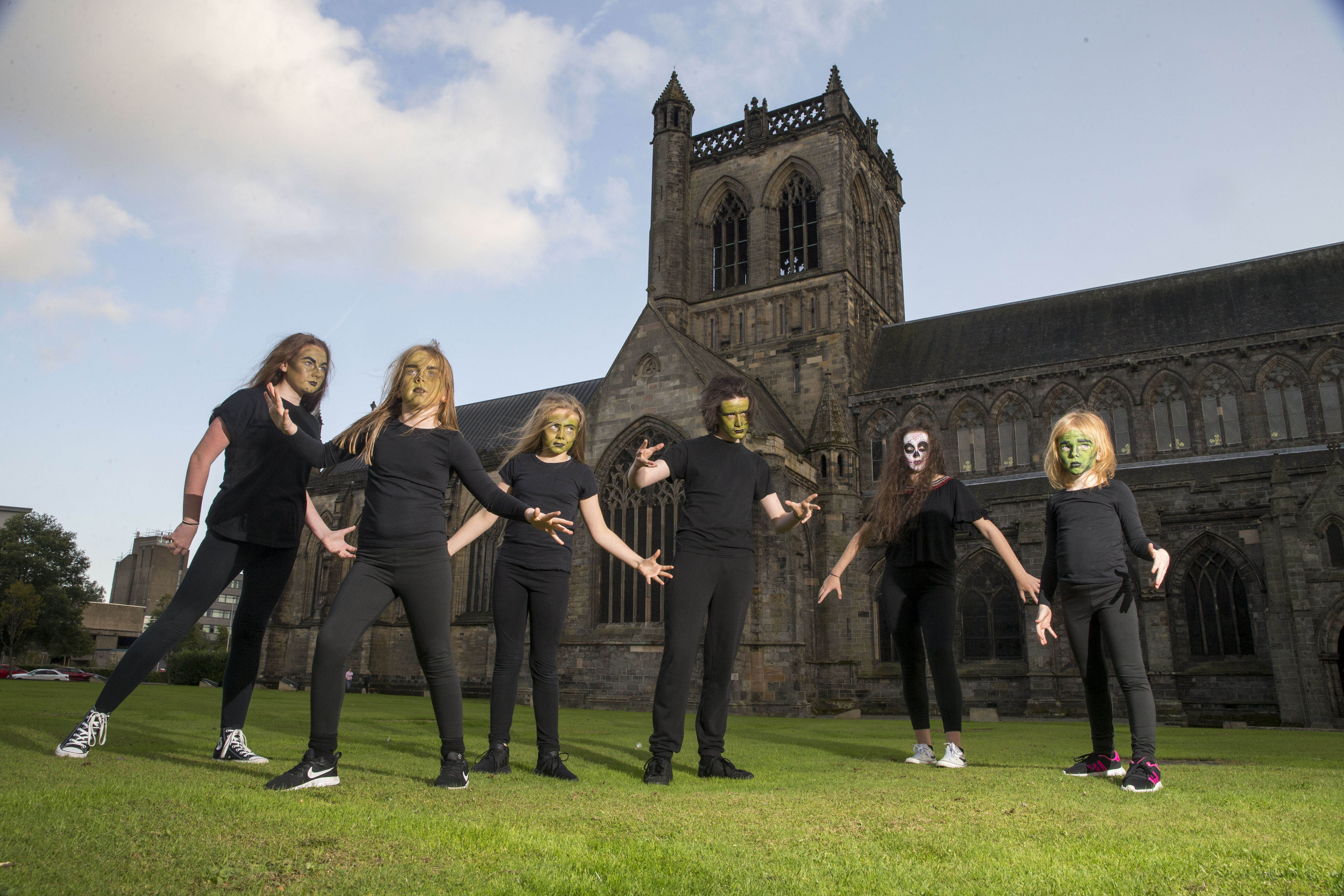 The town’s annual Halloween Festival returns on Friday 26 and Saturday 27 October and the ever-popular family event – which typically attracts a crowd of tens of thousands – will be the biggest yet.

This year’s event – run by Renfrewshire Council – is enhanced by Year of Young People event funding, managed by EventScotland, part of VisitScotland’s Events Directorate, and will be one of the major events as part of the year, with the performances shaped by young people. 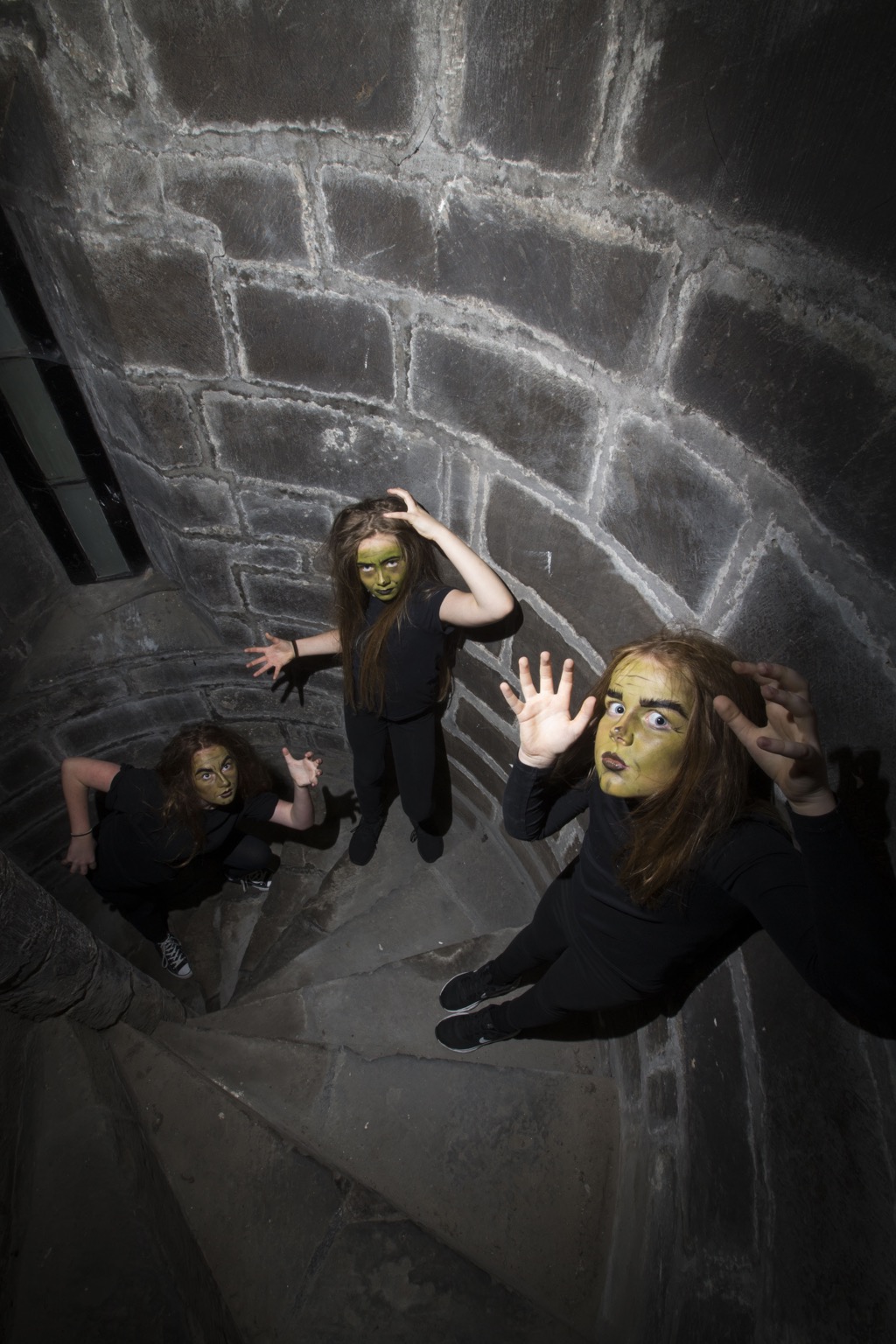 Highlights over the weekend’s free frightfest – launched at Paisley Abbey by young people from PACE Theatre Group and assisted by make-up students from West College Scotland – include: 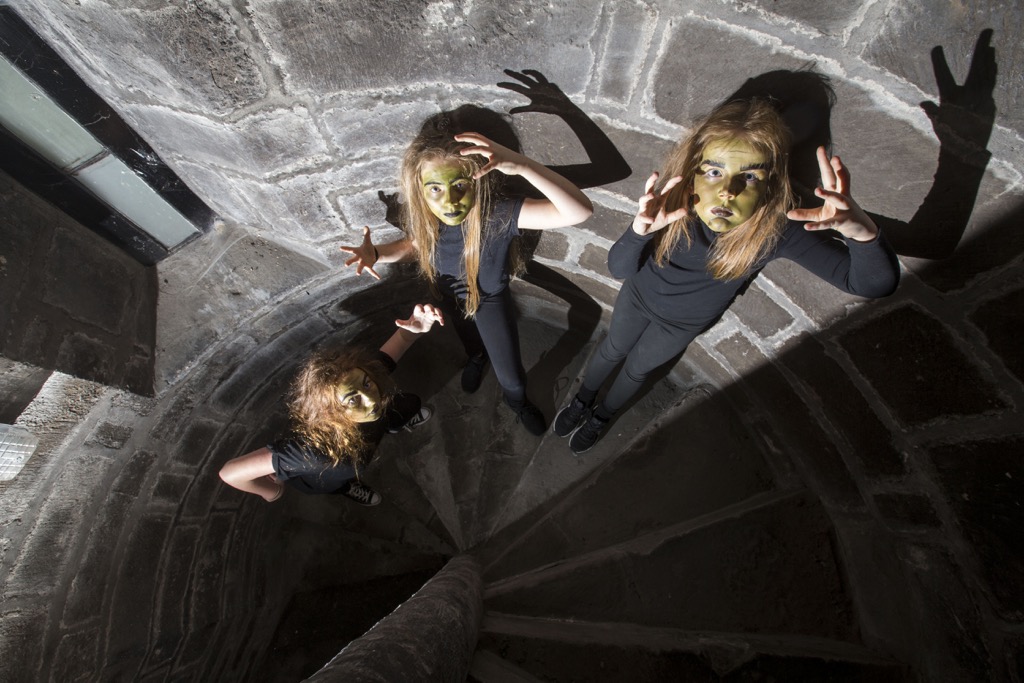 – the Flying Witches performances, which follow the parade and sees a cast of young people work with Scotland’s leading aerial dance company All or Nothing for a show inspired by the town’s 17th-century witchcraft trials – the last mass hanging for witchcraft in Western Europe – 40 foot in the air above Paisley Abbey and Town Hall; 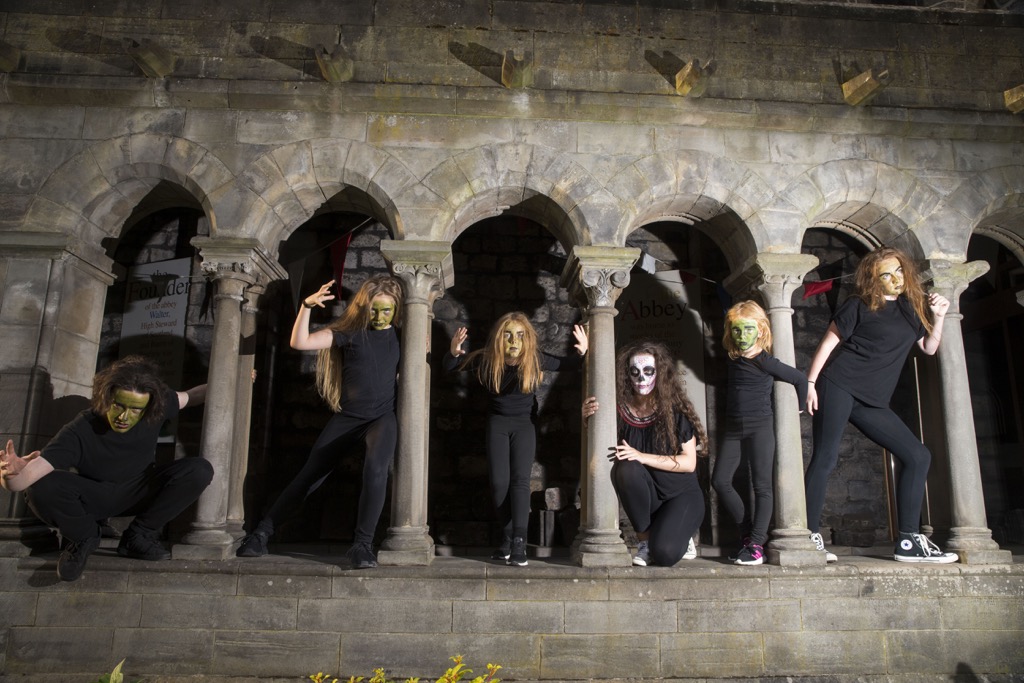 – a Halloween Ball and Prom Night in Paisley Town Hall on the Friday with live performances and music (note: ticketed event)

The Year of Young People 2018 is a Scottish Government initiative consisting of a year-long programme of events and activities aimed at inspiring all ages of young people by celebrating their achievements, valuing their contributions to communities, and creating new opportunities for them to shine on a local and global stage.

Much of the Halloween Festival activity will be driven by a specially-convened 20-strong youth panel, who will take a lead role in the design and delivery of the event.

Year of Young People funding will also provide 180 young people with the chance to take part in a new youth training programme offering a unique learning experience through masterclasses and workshops in all aspects of event delivery and performance from circus skills to technical production, and support a volunteering and internship programme.

Renfrewshire Council leader Iain Nicolson said: “The Paisley Halloween Festival is now in its fifth year and has grown into one of the biggest events of its kind, bringing tens of thousands of people to the town and helping establish Paisley as one of Scotland’s key destinations for major cultural events.

“The programme for this year is the biggest and most ambitious yet – and will see two days of entertainment across the town centre, almost all of which will again be free.

“And thanks to the involvement of EventScotland, we are delighted hundreds of young people will get the chance to help shape or take part in the event as part of the Year of Young People 2018.”

Paul Bush OBE, VisitScotland Director of Events, said: “We are delighted to be supporting Paisley Halloween Festival to expand its offering as part of Scotland’s Year of Young People 2018 celebrations.

“Young people will have the chance to showcase their own unique skills and talents while getting invaluable hands-on experience.

“It is a great opportunity for young people to take a leading role in designing and delivering a fantastic event within their local community, further reinforcing Scotland as the perfect stage for events as the youth training programme will educate the event organisers of tomorrow.”

Valerija Tkacenko, who will be working on the festival as an intern with Renfrewshire Council’s events team, added: “I will be co-ordinating the work of the youth panel, who will be helping to co-design the event.

“I’m really looking forward to that as it will help me develop new skills. The Halloween festival is going to be a great event for all the family.”

The full programme for the Paisley Halloween Festival 2018 is available at www.paisley.is

• A global first, YoYP 2018 is a part of the Scottish Government’s themed year programme which focuses on celebrating Scotland’s greatest assets.

• A year-long programme of events and festivals are taking place across the whole of the country for all ages to enjoy, led by EventScotland part of VisitScotland’s Events Directorate. More information at www.visitscotland.com/yoyp2018

• Paisley Halloween Festival is supported by the Year of Young People 2018 Event Fund, managed by EventScotland, part of the VisitScotland Events Directorate. EventScotland is working with the events and festivals sector to develop an exciting portfolio of Year of Young People 2018 public-facing events which provide opportunities for young people to express themselves through a wide range of activity.

• Local authorities, schools, youth groups and organisations are running their own YoYP 2018 activity. Search #YOYP2018 on Twitter for the latest news.

• Young people co-designed the Year. A group of young leaders, Communic18, lead on all key decision making. More than 380 Ambassadors are championing activity.

• The Year is delivered in partnership between the Scottish Government, VisitScotland and EventScotland – part of the VisitScotland Events Directorate, Young Scot, Scottish Youth Parliament, Children in Scotland, YouthLink Scotland and Creative Scotland.

Mackay – Make Sure Your Defibrillator is Registered
Scroll to top