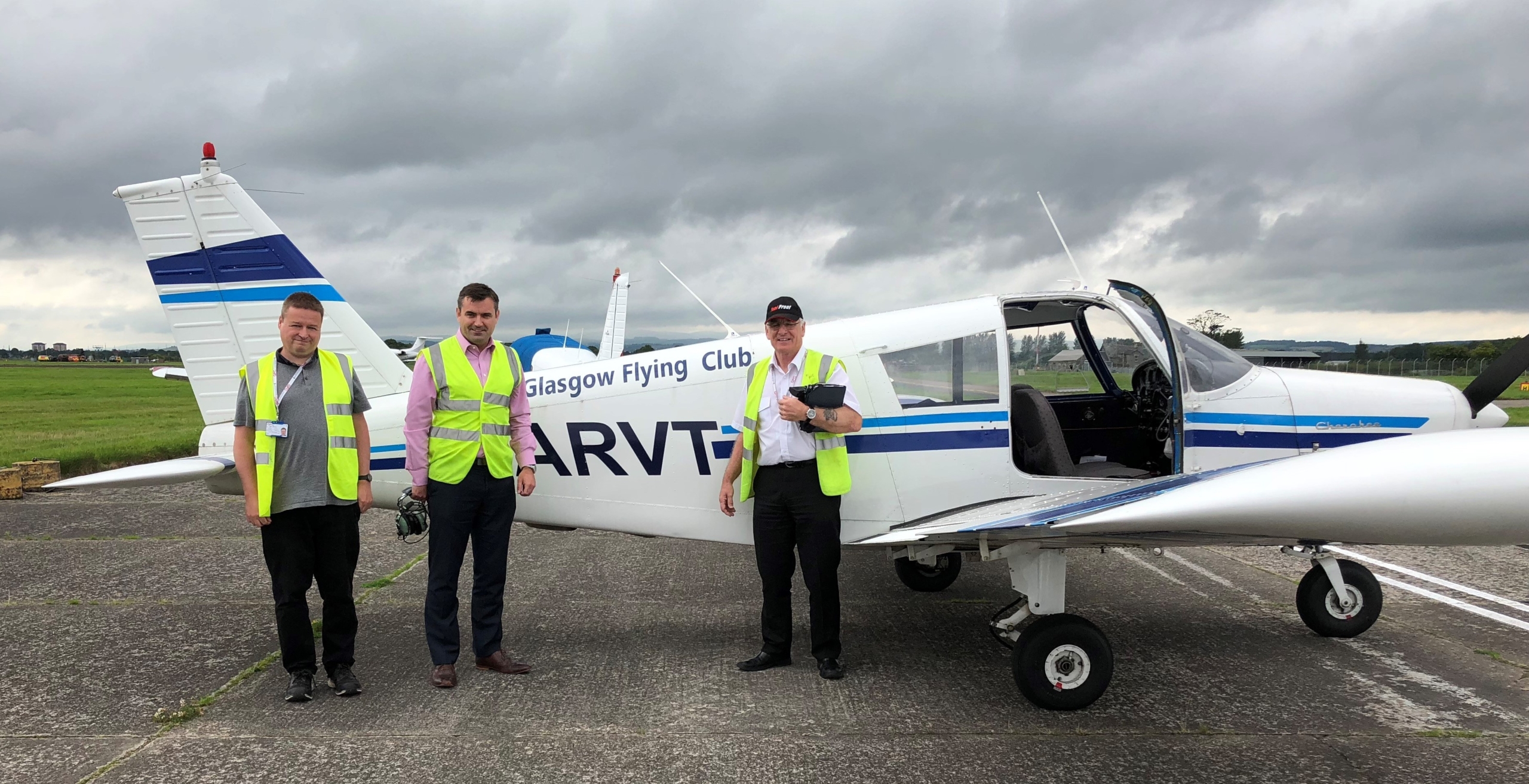 Gavin Newlands, SNP MP for Paisley and Renfrewshire North, took to the skies as he visited one of the oldest flying clubs in the UK.

The Member of Parliament for Paisley and Renfrewshire North visited the Glasgow Flying Club which was founded in 1963 while based at Renfrew Airport. The flying club is located at the north side of Glasgow International Airport where it has been for the last 52 years.

Gavin was invited to the club to meet with club representatives to discuss the issues that general aviation faces in the UK and the proud history of pilot training the club provides which has also helped commercial aviation in Scotland with a high proportion of Loganair pilots having come through Glasgow Flying Club. Another issue high up the agenda was the work of the General Aviation APPG, of which Gavin is a member. Many people involved in General Aviation (GA) feel that the CAA – the UK aviation regulatory body – has solely concentrated on commercial aviation, to the detriment of the concerns of private pilots and others involved in GA.

“As someone who has always been interested in aviation, I’m proud of Renfrewshire’s aviation history, be it commercial, RAF, or the fact that Scotland’s first flying club was established at Renfrew in 1927. For well over 50 years, Glasgow Flying Club has helped to train a generation of private pilots, many of whom have gone on to become commercial pilots. As one of the oldest flying clubs in the UK, with a glowing reputation, they are sought out by aspiring pilots from across Scotland and beyond.

“It was great to meet Iain, Archie and Jim from Glasgow Flying Club to learn more about the club’s history and the range of the issues that they face. I even got to go up in the air, and take the controls, on a trip down the Clyde on what was a blustery and cloudy day. Despite the weather it was still one of the most thrilling visits I’ve made during my time as the local MP.

“Aviation is obviously crucially important to Renfrewshire’s economy but also significant to Scotland’s national economy. Brexit will undoubtedly pose a number of challenges to the aviation sector and like with most other sectors, greater clarity is urgently required.

“However, putting that to one side for the moment, it’s clear that we could all do more to support and encourage the growth of general aviation. Clubs like Glasgow are doing great work and we need to build on that to help support this vital sector.”