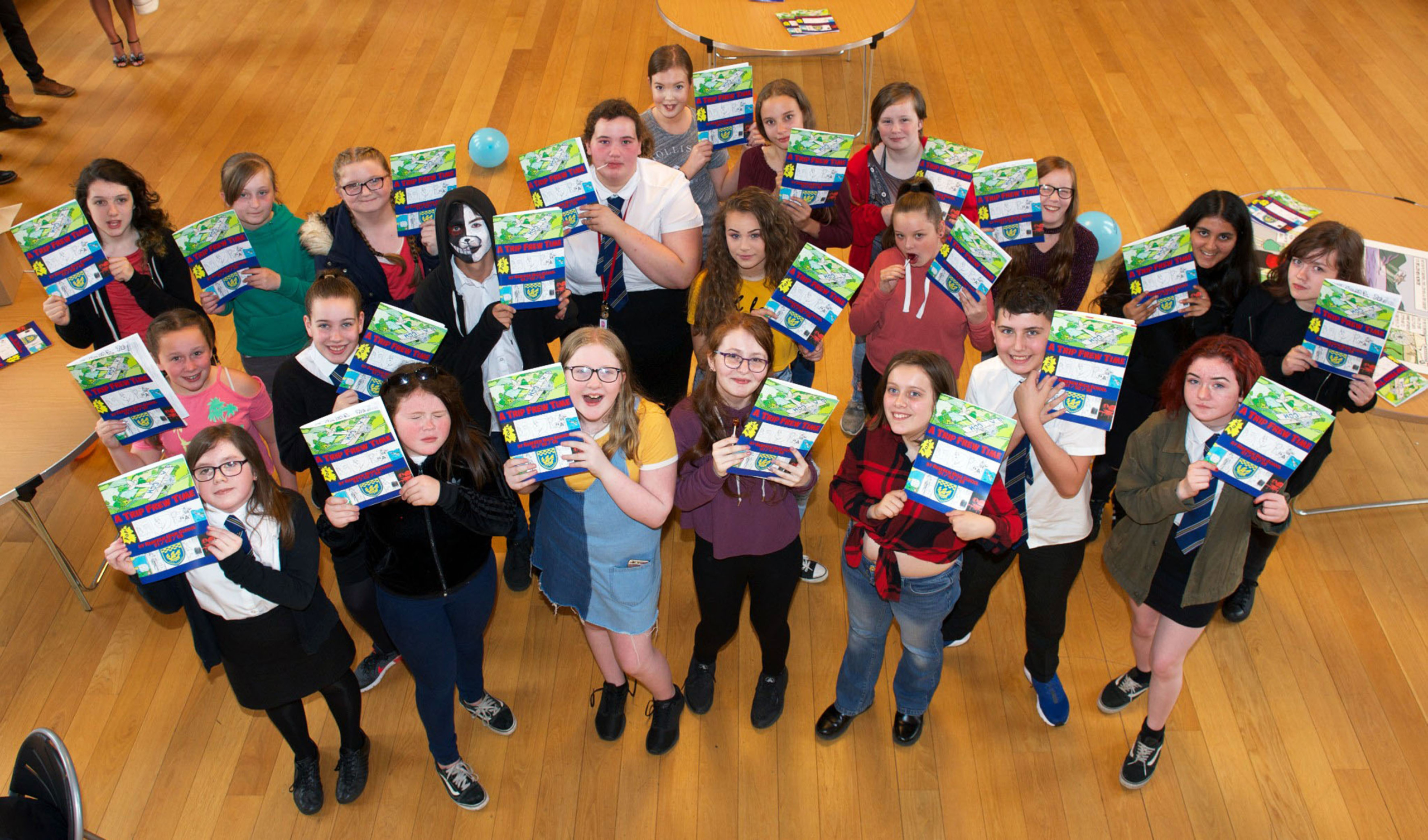 PUPILS at Renfrew High have created their own comic book with storylines inspired by the town’s rich history. 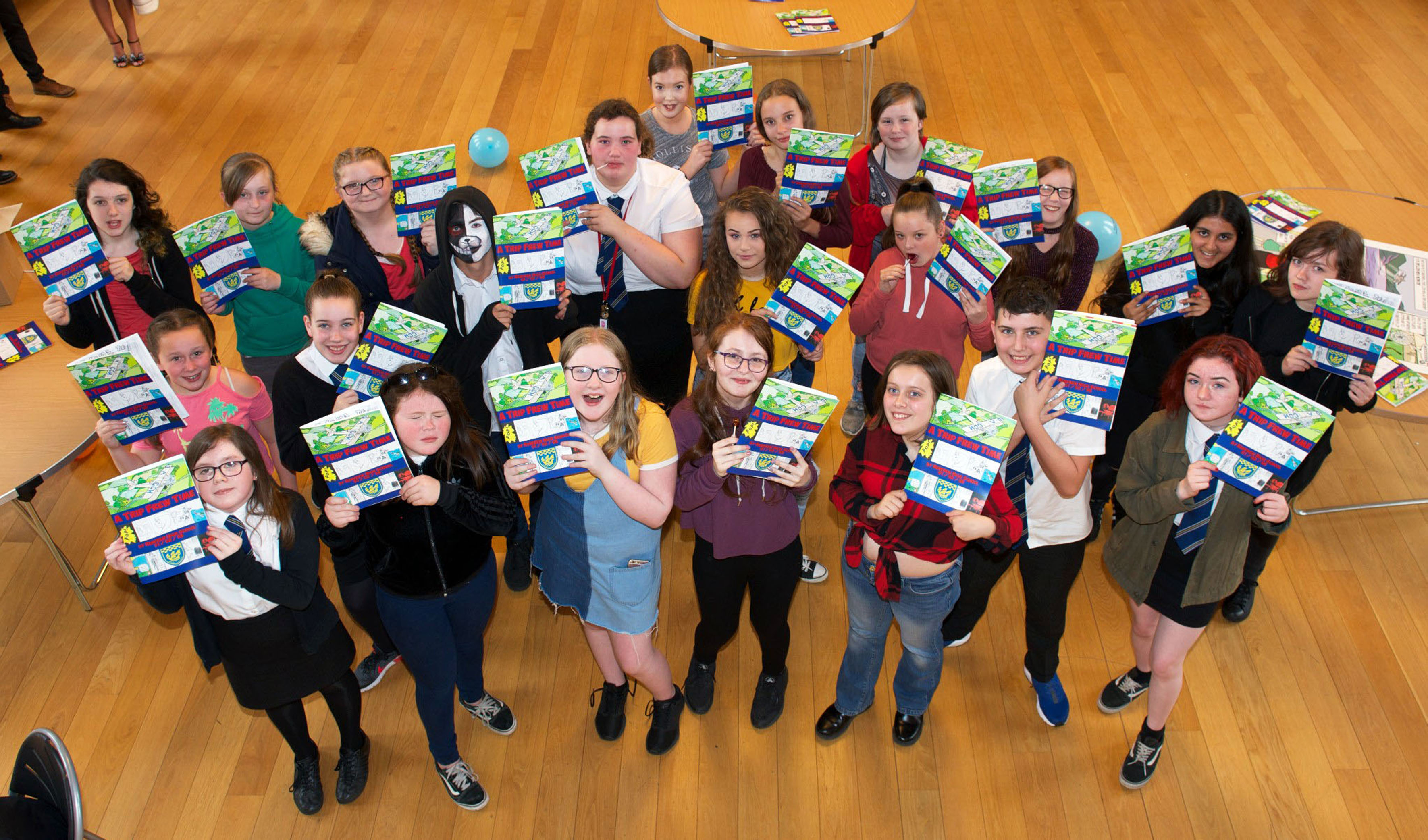 Now they have seen their work, called ‘A Trip ‘Frew Time’ printed and published with a special launch event at the school.

The project was in collaboration with Renfrewshire Leisure’s school libraries attainment and creative learning teams, along with West College Scotland and the Scottish Book Trust who provided funding. 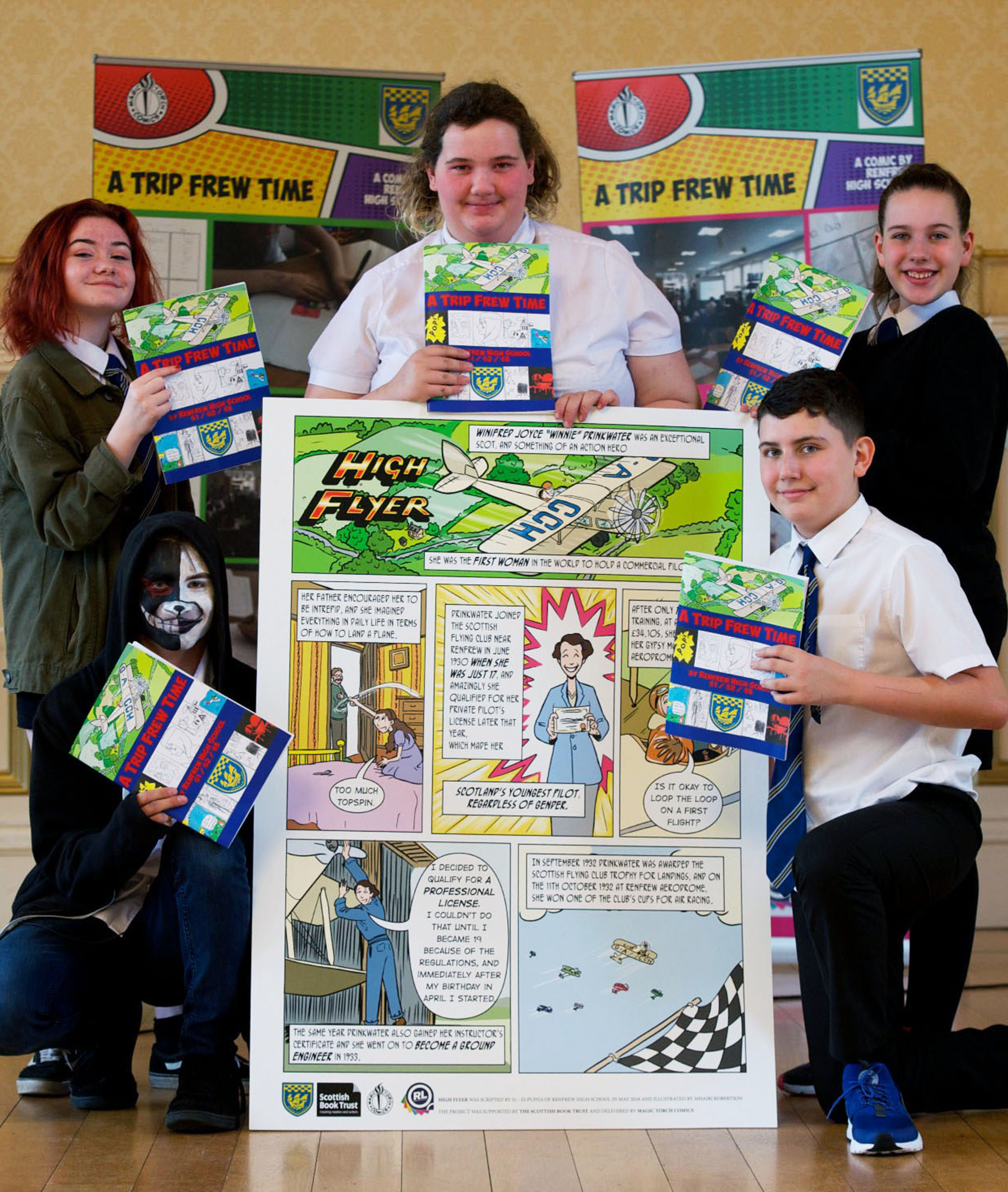 The comic book’s fictitious stories written by 30 pupils and accompanying illustrations were based on events and historical places in Renfrew and was part of the school’s participation in the First Minister’s Reading Challenge pilot project, at Renfrew High.

Pupils were helped to produce the comic book by Magic Torch Comics, who held a series of workshops in the school.

As well as having a copy of their own comic book creation, pupils will also receive an accredited qualification from West College Scotland to add to their school record of achievement. 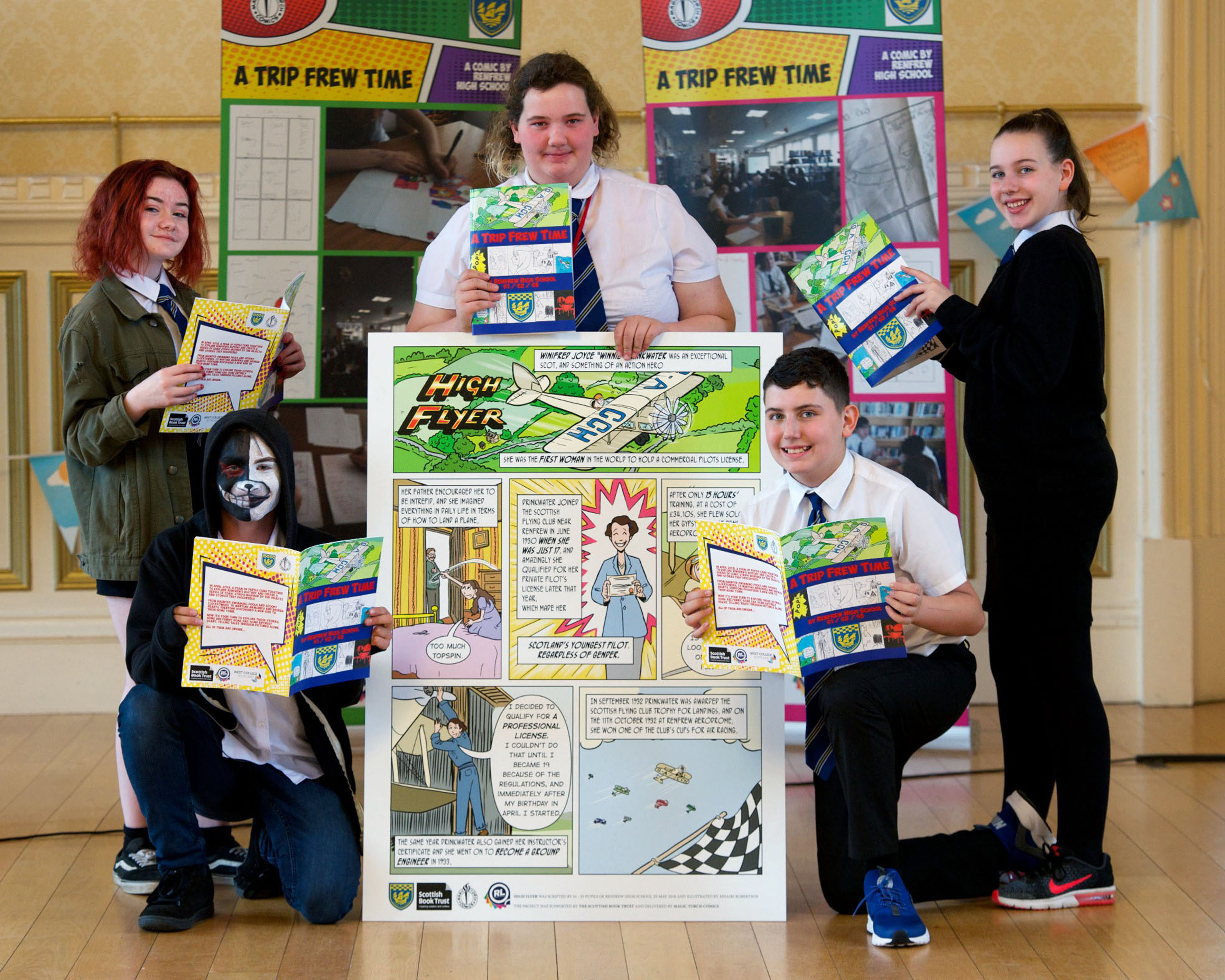 Renfrewshire Leisure’s chief executive, Joyce McKellar said: “The pupils have done a tremendous job in creating not only the storylines, but the publication of the comic book itself. It’s something they can be proud of.

“As well as learning about their home town, the project has also stimulated the pupils’ enthusiasm and engagement in reading for pleasure.”

Glasgow News? Daily Updates part of our network
Provost joins in with Carers Centre choir to give shoppers a song