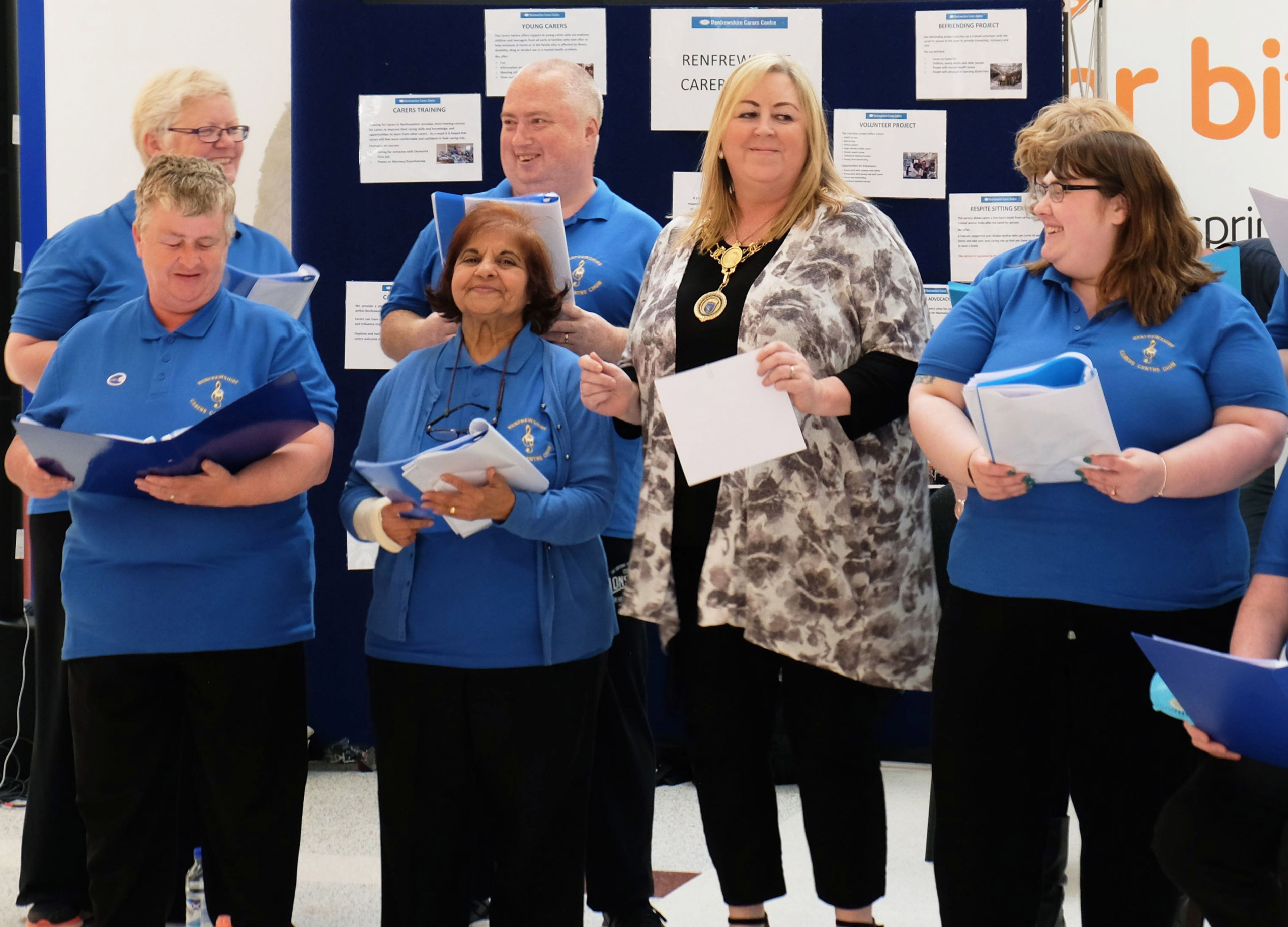 PROVOST Lorraine Cameron helped make sure the malls were alive to the sound of music when she joined in with the Renfrewshire Carers Centre Choir for an impromptu rendition of a classic ABBA song. 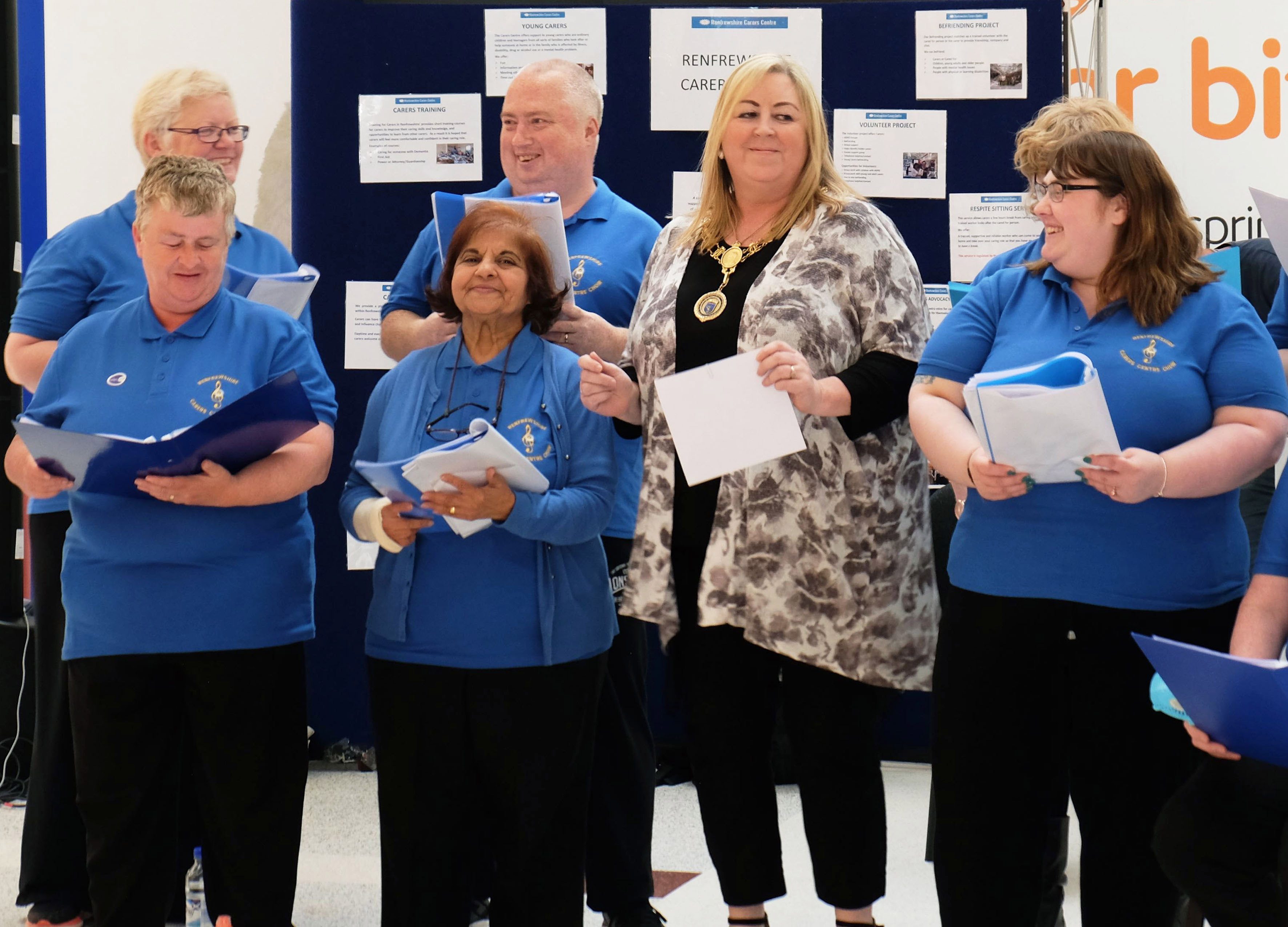 The Paisley-based carers group had been given free space at the intu Braehead shopping centre to raise money and awareness of the work they do and then be treated to a slap-up lunch by mall management to help celebrate Carers Week.

Provost Cameron was due to present certificates to volunteers from the Carers Centre and when she arrived at the mall, the choir was in full voice entertaining shoppers. 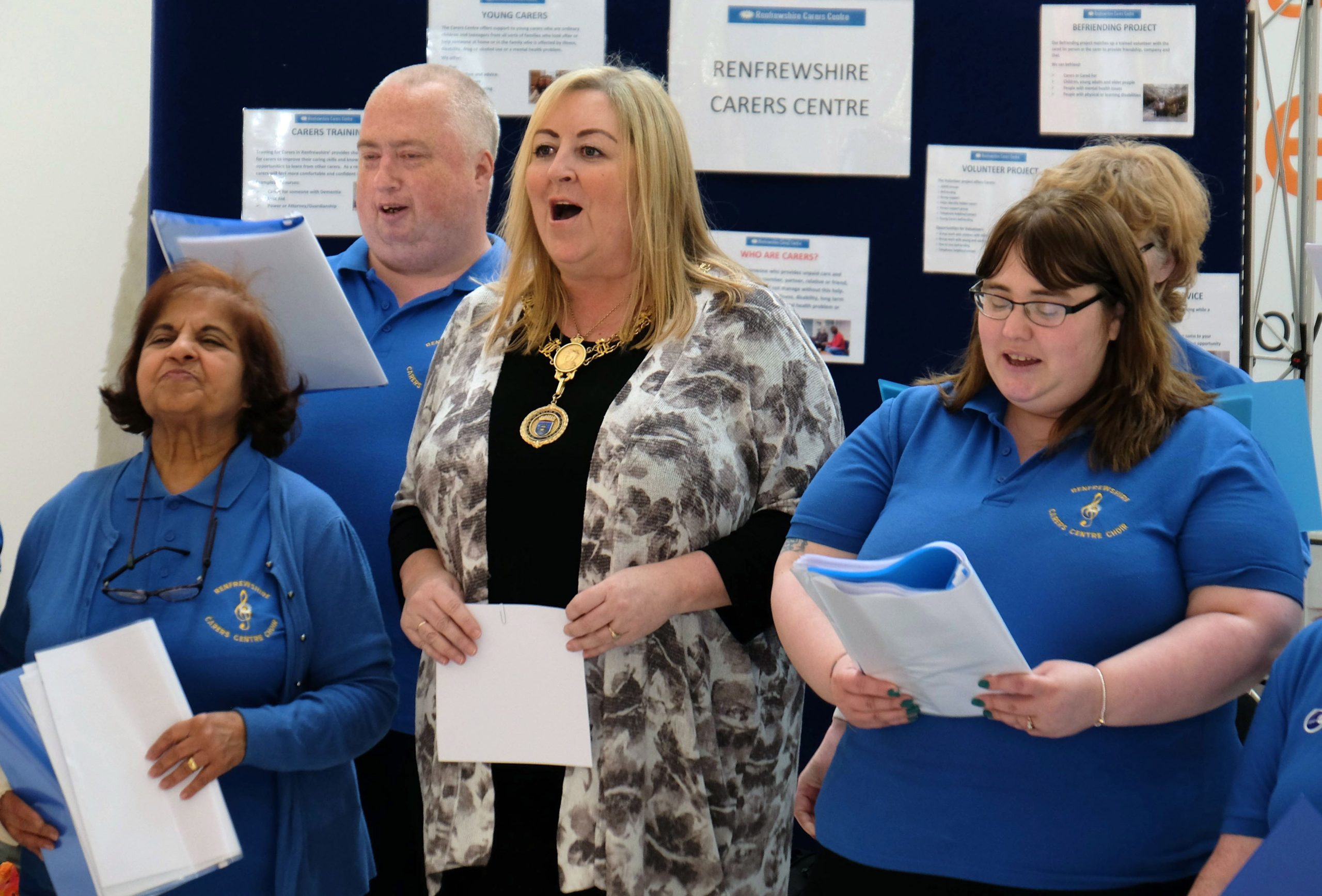 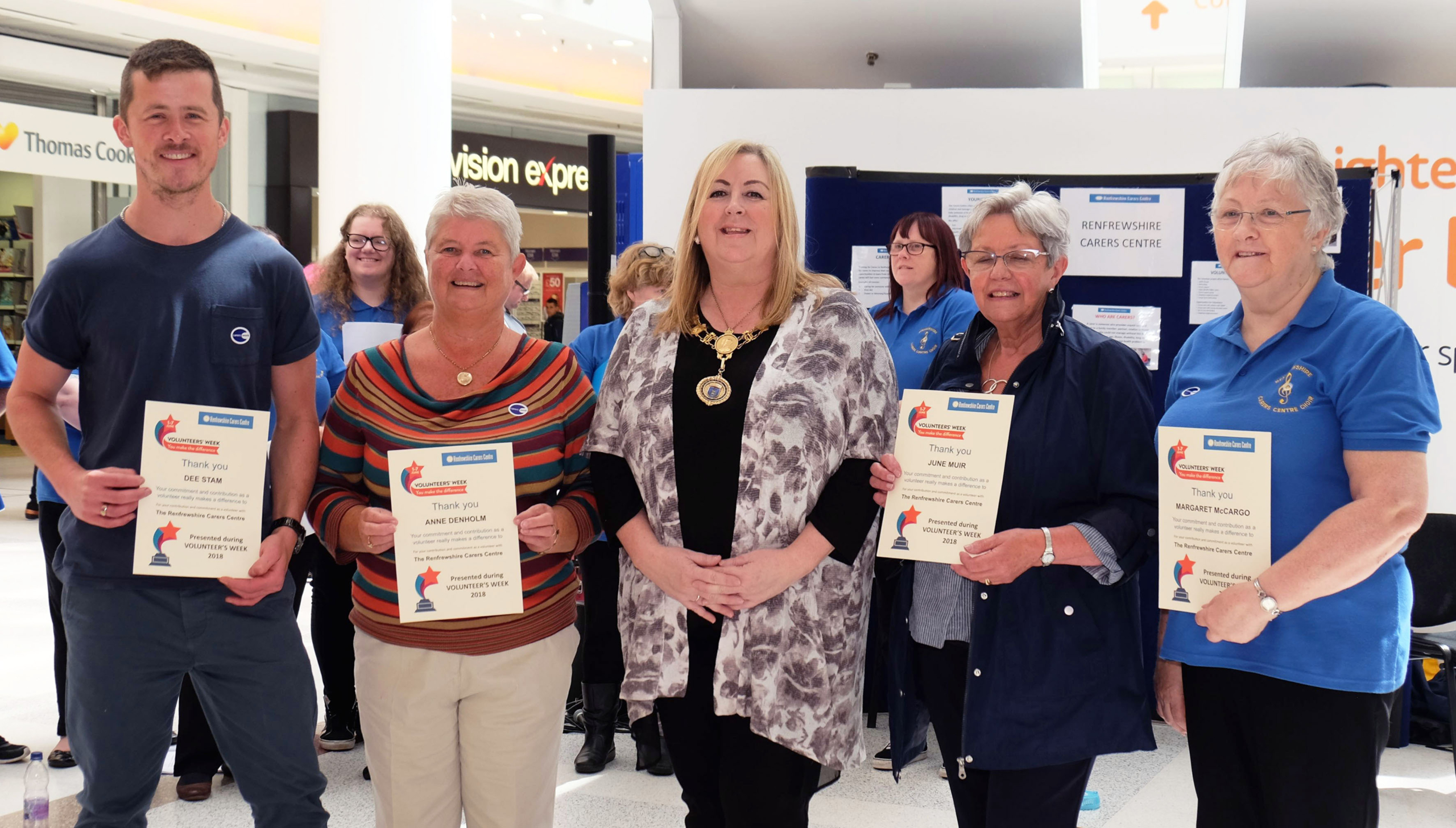 The Renfrewshire Provost was asked to join the choir for a song and she immediately agreed, belting out a version of ABBA’s Super Trouper along with the other singers.

As Provost Cameron handed out certificates she told the carers and volunteers: “I’m delighted to be here today to recognise the essential part you all play in the Renfrewshire Carers Centre. It gives me great pleasure to present you with these certificates of thanks.”

Christine Macdonald, intu Braehead’s marketing manager said: “The carers and volunteers at Renfrewshire Carers Centre deserve huge credit for the work they do.

“Giving them a lunch and mall space to have a display stand giving people advice and raising funds is just one way we can pay tribute to the vital work they do.

“The Carers Centre Choir gave shoppers some great entertainment and well done to Provost Cameron for joining in with the singing.”