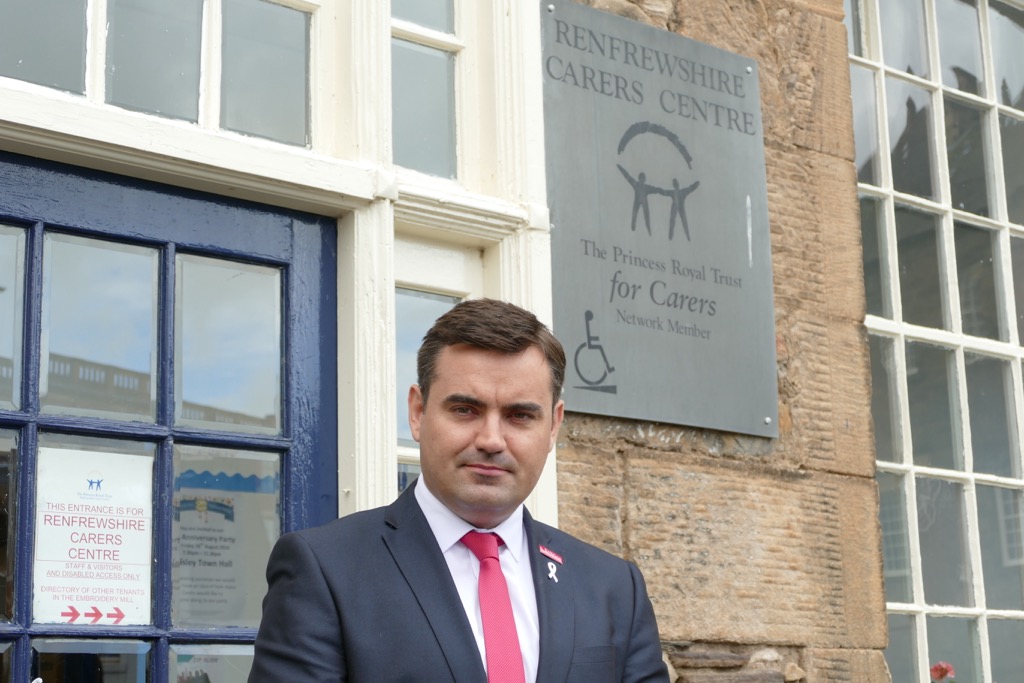 SNP MP for Paisley and Renfrewshire North, Gavin Newlands, has pledged his backing for Carers Week which begins next Monday, by committing to support local carers across Renfrewshire.

Gavin Newlands MP has signed up to the Carers Week pledge to take carer friendly action – highlighting the tireless work of the 6.5 million unpaid carers across the UK and offering them any support they need. There are an estimated 788,000 unpaid carers across Scotland – with 44,000 of them under the age of 18.

The Scottish Government has taken decisive action to support unpaid carers – investing over £135 million in a range of programmes and initiatives to support carers and young carers, as well as passing a new Carers Act, which has come into force this year, which extends the rights of carers and ensures better support.

Mr Newlands also hosts a Carers’ surgery in Renfrewshire Carers Centre on the last Friday of every month.

“I am always delighted to have the opportunity to support the wonderful work that carers do in our communities in Renfrewshire and across society.

“Across Scotland, there’s an estimated 788,000 unpaid carers, with tens of thousands of them being under the age of 18. It is our duty to support them in whatever way we can.

“The Scottish Government has been leading the way in providing this support for unpaid carers – investing over £135 million, as well as passing the new Carers Act in 2016, which came into force this year.

“And through the new Social Security Agency, the Scottish Government plans to increase Carers Allowance to the level of Job Seeker’s Allowance, giving carers that little bit extra support that can go a long way.

“Carers Week gives us all the chance to show our support and appreciation for the work carers do in our local communities – and I am committed to playing a positive role in this inspiring annual event.”