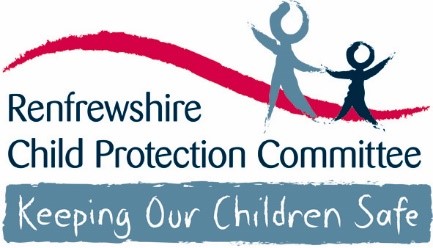 Everyone in Renfrewshire should keep their Eyes Open for children at risk during the school holidays.

As Renfrewshire schools prepare to sound the end of term bell, Child Protection Committees across Scotland are encouraging the public across the whole country to be extra observant to help protect potentially vulnerable children when school’s out for summer.

Child Protection Committees Scotland, a nation-wide grouping of child protection professionals, hopes their ‘Eyes Open’ campaign will raise awareness that members of the public can play an important role to keep children safe from harm in the holidays. The group believes that everyone is responsible for child welfare in Scotland.

CPC Scotland Chair Anne Houston said: “Renfrewshire children are about to be away from the usual school routine for a few weeks. For most local children this is a time of year filled with fun and free time, but for some families the summer holidays are a time of increased stress and pressure. In some cases, children are not supervised or cared for adequately, others might even experience serious neglect.”

By taking an ‘Eyes Open’ approach, Renfrewshire’s own Child Protection Committee hope that members of the public will take a more active, watchful role when it comes to protecting children in the area, and take action if they’re concerned for a child’s wellbeing.

John Paterson, Renfrewshire’s Independent Chair, is clear that each and every one of us has a role to play in keeping our youngsters safe and said: “By keeping our eyes open and our other senses tuned in, we might spot the telltale signs that a child is at risk. These signs include seeing children wandering about at all times of day and night, children who are very dirty or unfed, unsupervised children going into “party” flats, or whose parents are drunk in charge of them. However, spotting the signs isn’t enough. If something doesn’t seem quite right for a child, or a family of children, it’s better to say something than do nothing.”

As well as supporting a public ‘Eyes Open’ approach, the campaign also encourages us to speak up instead of staying silent. Anyone who has concerns about a child or children can ask the child if they’re okay, offer the family some support, or contact Renfrewshire Council Children’s Services Department or the police.