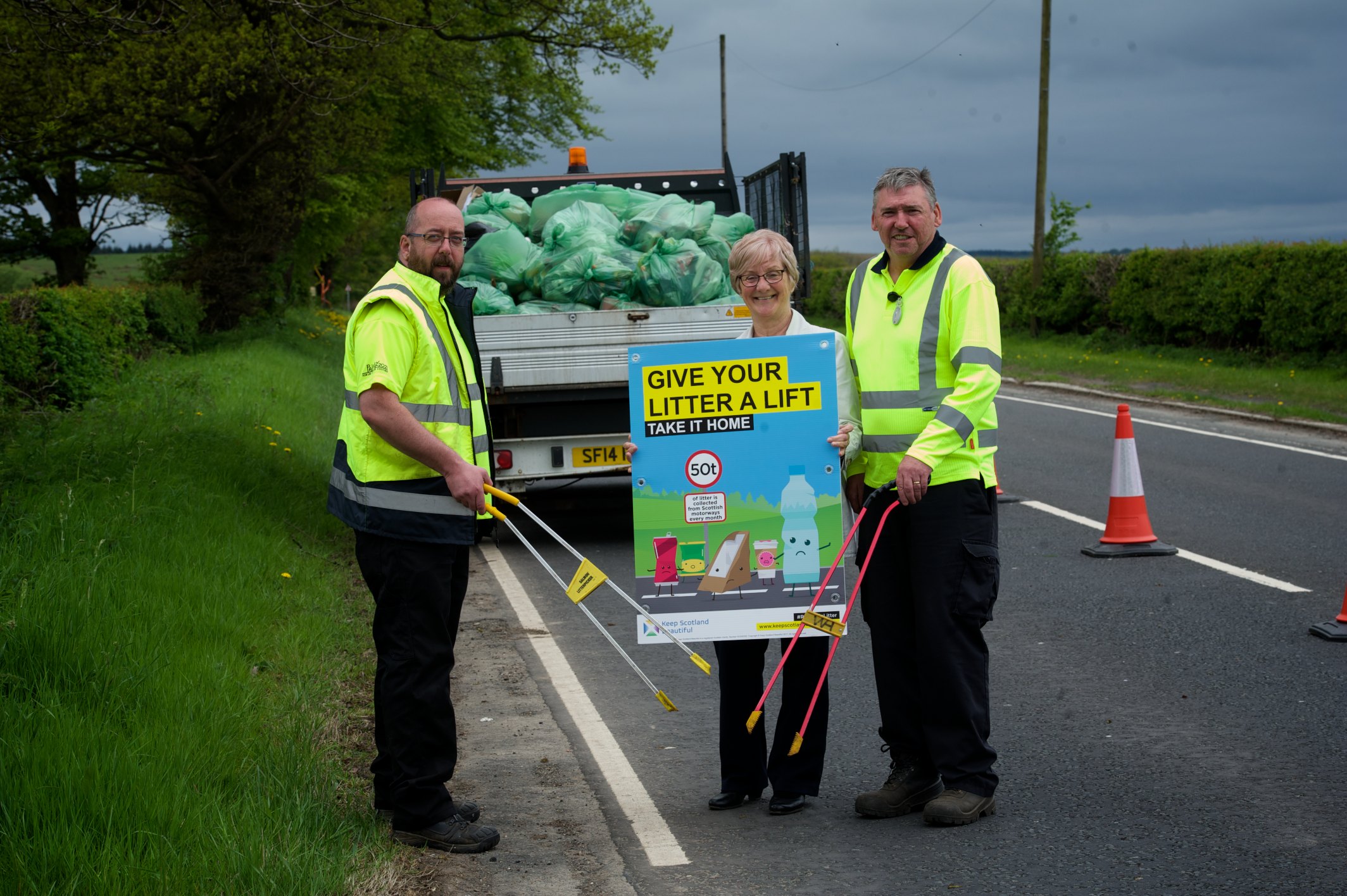 Road users in Renfrewshire are being reminded to give their litter a lift home as part of a national campaign this week.

The Council has joined forces with national environmental charity Keep Scotland Beautiful to support their Week of Action, which aims to make motorists recognise the effect littering can have on the environment. Running from 12-20 May, it encourages everyone across Scotland to take action to help tackle roadside litter by getting involved in roadside litter-inspired clean ups and sharing the message on social media.

Councillor Cathy McEwan, Convener of Renfrewshire Council’s Infrastructure, Land and Environment Policy Board, said: “It is unacceptable for roads users to discard their litter at the side of the road and it is important that people recognise the seriousness of their actions. “It is not only a blight on the attractiveness of our area but it can have a severe impact on the local environment.

“We are getting set to introduce a Roadside Litter Rapid Response Team as part of our Team Up to Clean Up campaign which outlines our commitment to tackling this issue in Renfrewshire and it will be a key strand of our work moving forward.

“We’re pleased to be working closely with Keep Scotland Beautiful to promote this campaign and I would encourage everyone to show their support and give their litter a lift home.”

National charity Keep Scotland Beautiful campaigns, acts and educates on a range of local, national and global environmental issues to change behaviour and improve the quality of people’s lives and the places they care for.

Carole Noble, Operations Director at Keep Scotland Beautiful, said: “Our latest figures show that the amount of litter and flytipping in Scotland is at its worst level in a decade, with 82.8% of motorways and A class roadside verges recording a presence of litter in 2016/17. Our Roadside Litter Campaign aims to address this problem at its source.

“We recognise that each piece of litter on our roadsides, in our parks and on our streets, was discarded by a thoughtless individual. Those who clean litter up, the local authorities staff, the road operators and the volunteers are not to blame. Littering is illegal.  We need individuals to do the right thing; to use a bin or to take their litter home.”

For further information on the Team Up to Clean Up campaign, visitwww.renfrewshire.gov.uk/teamuptocleanup and for the Week of Action, visitwww.keepscotlandbeautiful.org.