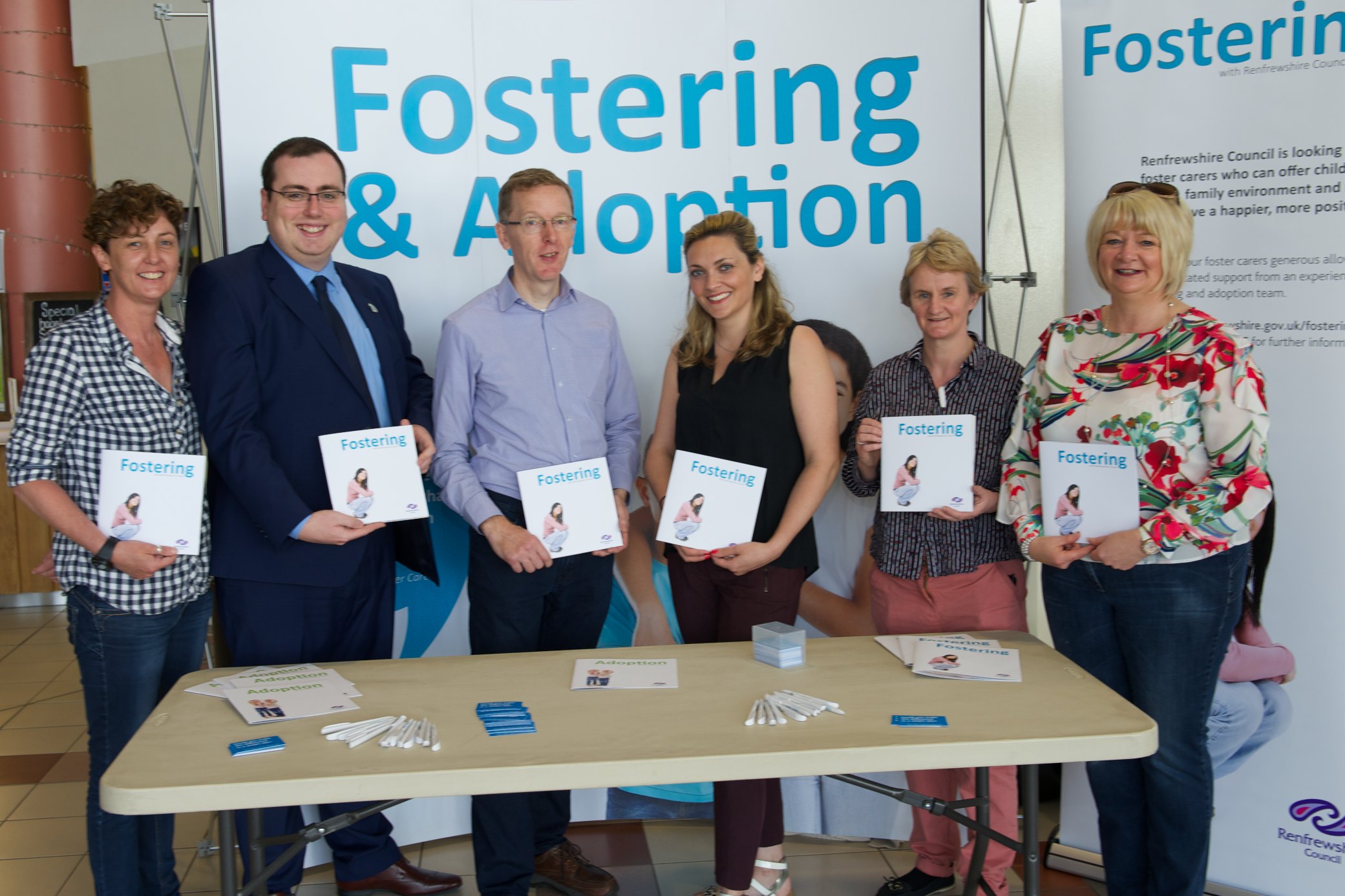 A campaign to boost foster carer numbers in Renfrewshire is asking  ‘Can you help us reach 100?’

Renfrewshire Council is aiming to increase numbers of foster carers by almost a fifth, from 81 to 100. A series of drop in events were set up to allow anyone who thinks the role may be for them to meet the Council’s specialist team, as well as existing foster carers.

Education and Children’s Services Convener, Councillor Jim Paterson, visited one of the information and advice sessions at Paisley’s Lagoon Centre, held to mark Foster Care Fortnight which runs until 27 May.

He said: “It was great to come along today and meet some of our foster carers and hear what amazing work they do. 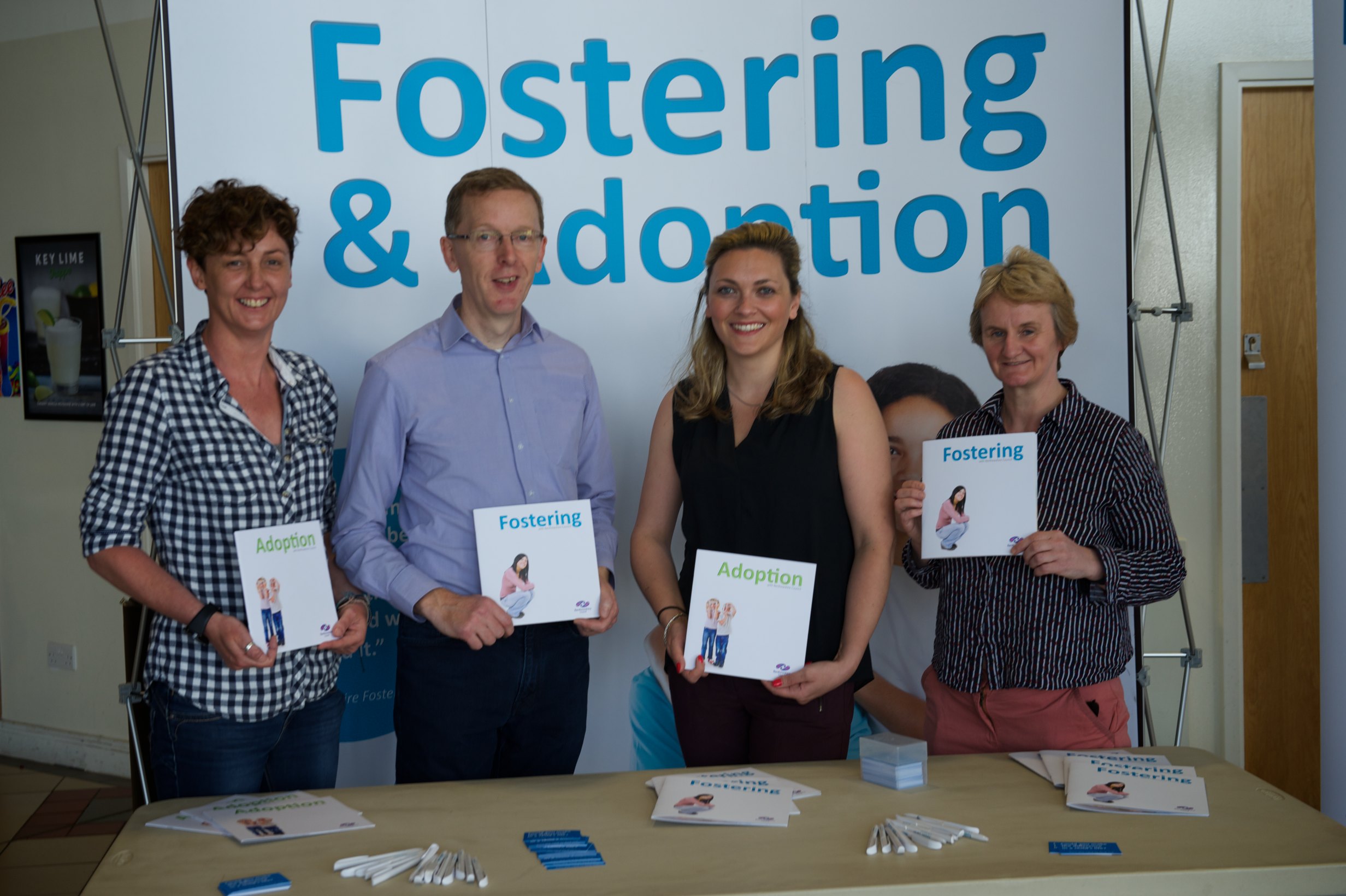 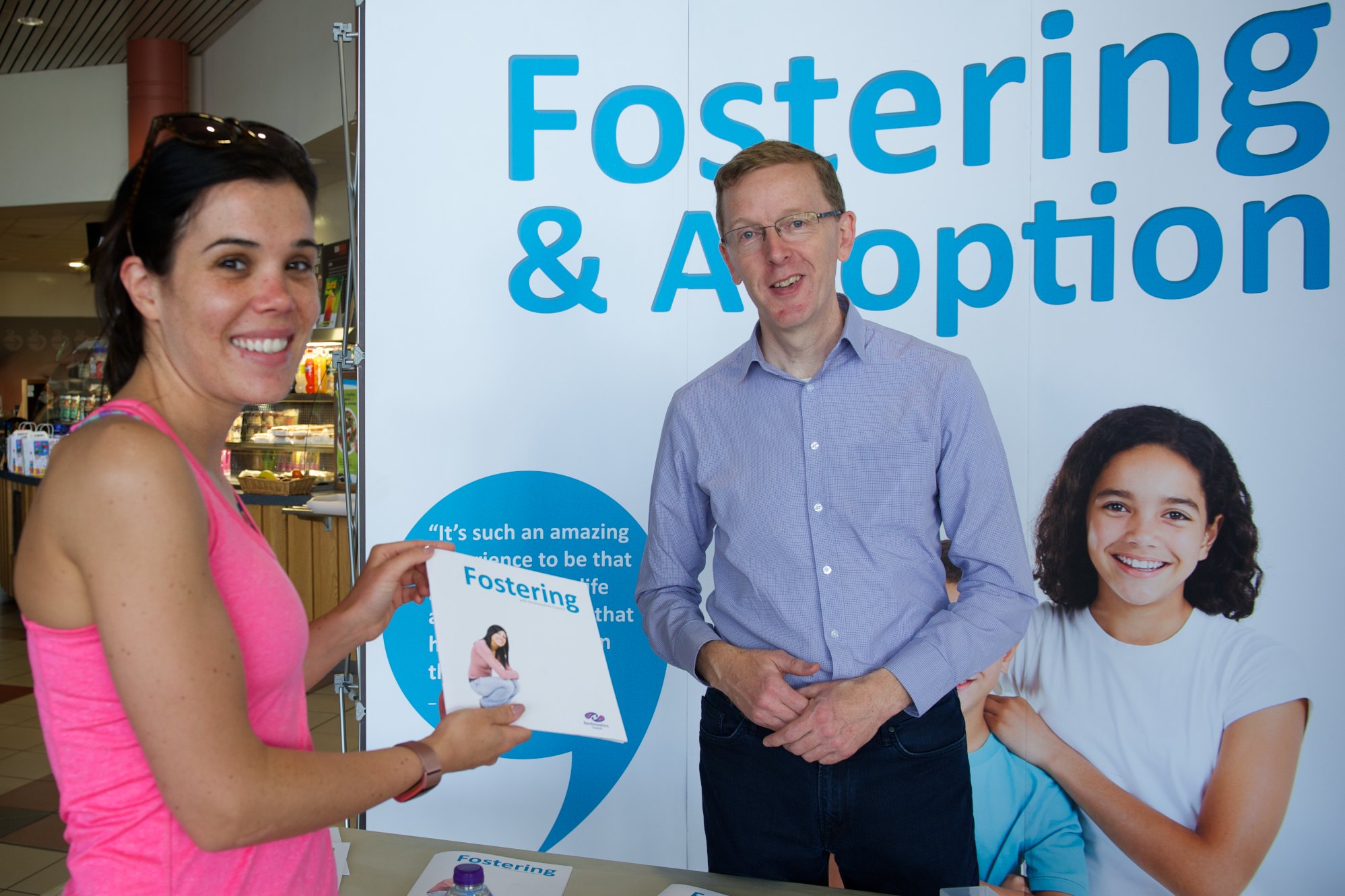 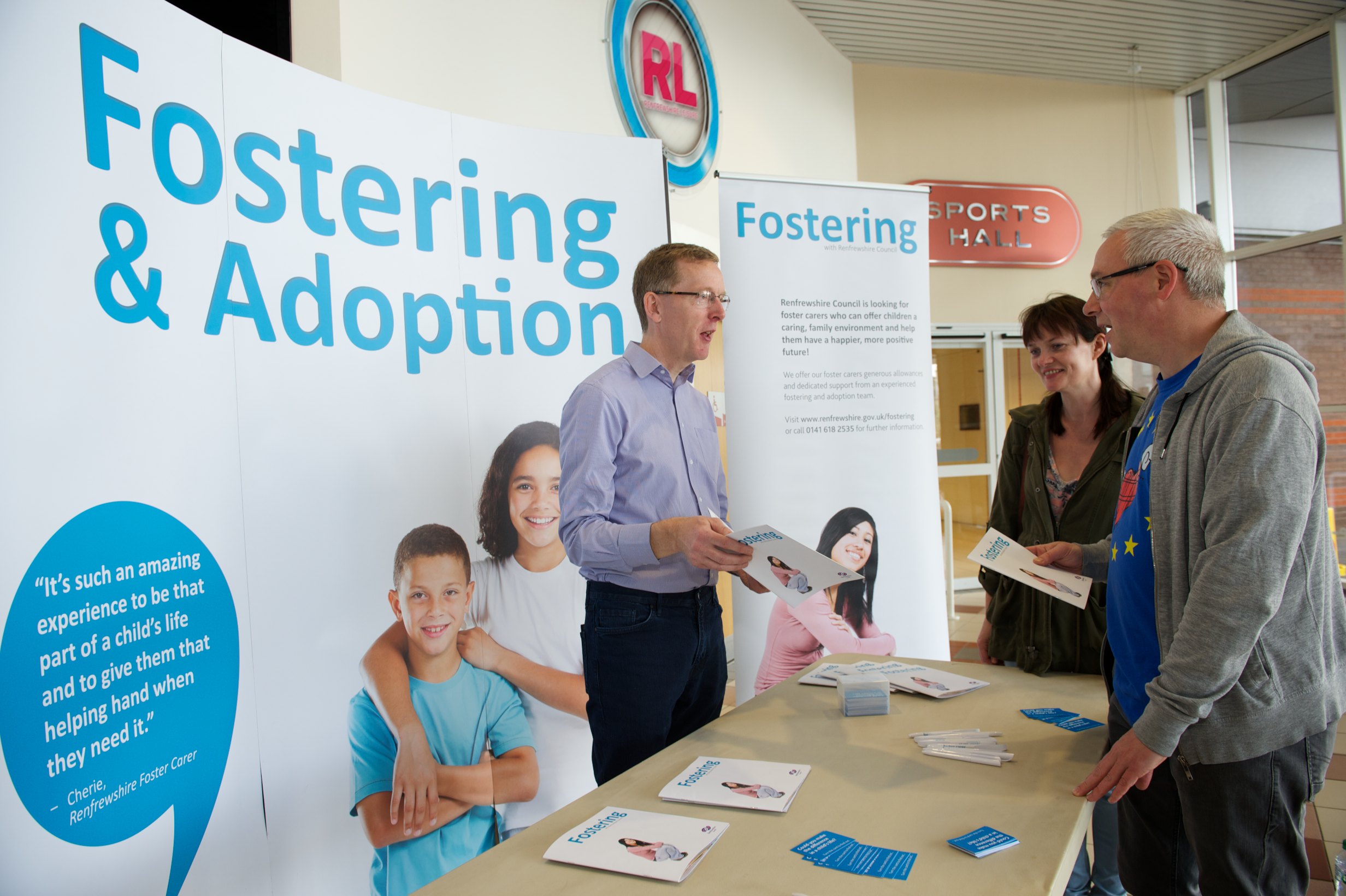 “By becoming a foster carer you could make a positive difference to a child or young person’s life.

“What is also apparent is how much that the foster carers themselves personally get out of the role and how rewarding it is.

“We want to encourage people who think that becoming a foster carer could be for them to get in touch.

“You will be fully supported, with specialist training and also support from your peers.”

Foster carers can be in work or unemployed, be single, married or in in a same sex or heterosexual relationship and can own or rent the property they live in.

As well as training and support, carers receive an allowance.

Anyone interested in more detail can call the team at Renfrewshire Council on 0300 300 1199 or email at childrenandfamilies@renfrewshire.gov.uk