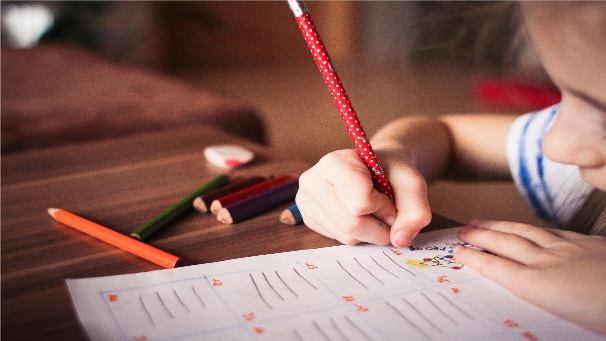 Imagination is a key component of the creative process, which allows you to create new images, tasks, and solutions based on past experience. Fantasy is always an emotional process for kids, an opportunity to go beyond reality and a way of learning the world without any restrictions.

If a kid is intelligent, he learns well and quickly and applies his knowledge in everyday situations. People appreciate and admire the ability to create anything unusual, whether original pieces of art, a non-trivial storyline or an invention that makes life easier for others.

Writing skill is a rare talent. Otherwise, the interesting creative writing prompts presented here will help not only to disclose but also to develop it. At first glance, they may seem complicated, but just try by yourself and ask your kid to perform one of the proposed games, and you will get a quick result.

The teacher tells that once upon a time, on the way to the forest a frog, a hedgehog, and a cockerel found four different wheels. At first, the friends were very happy, they wanted to build a cart, but they did not succeed. They began to think, what should they build on four different wheels? Children in the classroom are encouraged to help their animal friends with something to come up with by drawing it.

Ask a youngster to draw a fiction animal or plant from another planet. Fantasize, what his name is, how it can live, what to eat and what benefit it is able to bring to the planet. Other options: a fairy forest, a good wizard, a house from the future.

The task of this interactive game is to see a specific image behind the blurred outlines of some objects. You can consider natural objects: clouds, puddles, fountains, a shade of trees, forms of shrubs; or artificial objects.

Paint kid’s palms and give him an opportunity to leave prints on a piece of paper. Fantasize together what marks of palms are like. Draw necessary details to make the drawing complete. After all, operations, make up an essay about the life of those creatures. Try to teach them to write an essay on their own, because when they grow up, they can take the habit of ordering them on various services, such as Eduzaurus.com . Develop their creativity.

Another simple but funny variant is to put lots of different colors on paper and fold the sheet in half so that the blots are printed. What images did you get?

Draw two similar geometric figures on a sheet of paper and ask the child to turn them into a kind and evil wizards with the help of a pencil. Happened? Now we come up with a great story in which it is necessary to tell: where the wizards get acquainted with magic, what they did good and bad and how a good wizard defeated the evil one.

Draw ten circles and ask your child to make each of them a part of the drawing. For example, one circle can turn into a sun, another – into a flower, a person’s face or a part of an alien ship, an apple, a pizza, etc. The same can be repeated with other figures: squares, triangles, rectangles.

One more popular creative writing exercise is to invite the child to compose his own tale. Moreover, the whole family would be interested to take part in such activity. You just need to choose heroes from famous tales and help to unite the characters in a general story. A more complex task is considered when one new hero/object is added to a well-known fairy tale. For example hare, fox, rooster, dog, wolf, bear, and airplane. The child understands what fairy tale is talking about, but how to put a plane into the plot – this is a question. Chain sword is a fun prompt in which a group has to invent words that begin with the letter that ended the previous word. In the proposed game, you need to use this rule and compose phrases-chapters about heroes of fairy tales, but with one condition: the sentence must consist of five words and begin with the name of the hero. For example, “Cinderella accounts special liquid dimes.

A judge who gives the assignment and examines the work is selected. Players must, within a certain time, come up with a story on the beginning and last line. The two sentences look unconnected with each other without a middle. For instance:

– The snow is falling harder … A jackhammer laid on the bed.

– A fire grew stronger … The spider caught the fly.

– The woodpecker looked out of the hollow … The balcony was painted blue.

Another one of fun creative writing exercises is a making of the longest coherent story from words beginning with one letter. eg:

Memoirs are usually written by people who have lived a bright and interesting life. Participants of the game are invited to write a list of memoirs on behalf of:

Memoirs should be small, interesting and well represented.

Glasgow News? Daily Updates part of our network
Tips For Making A Good Instagram Even Better