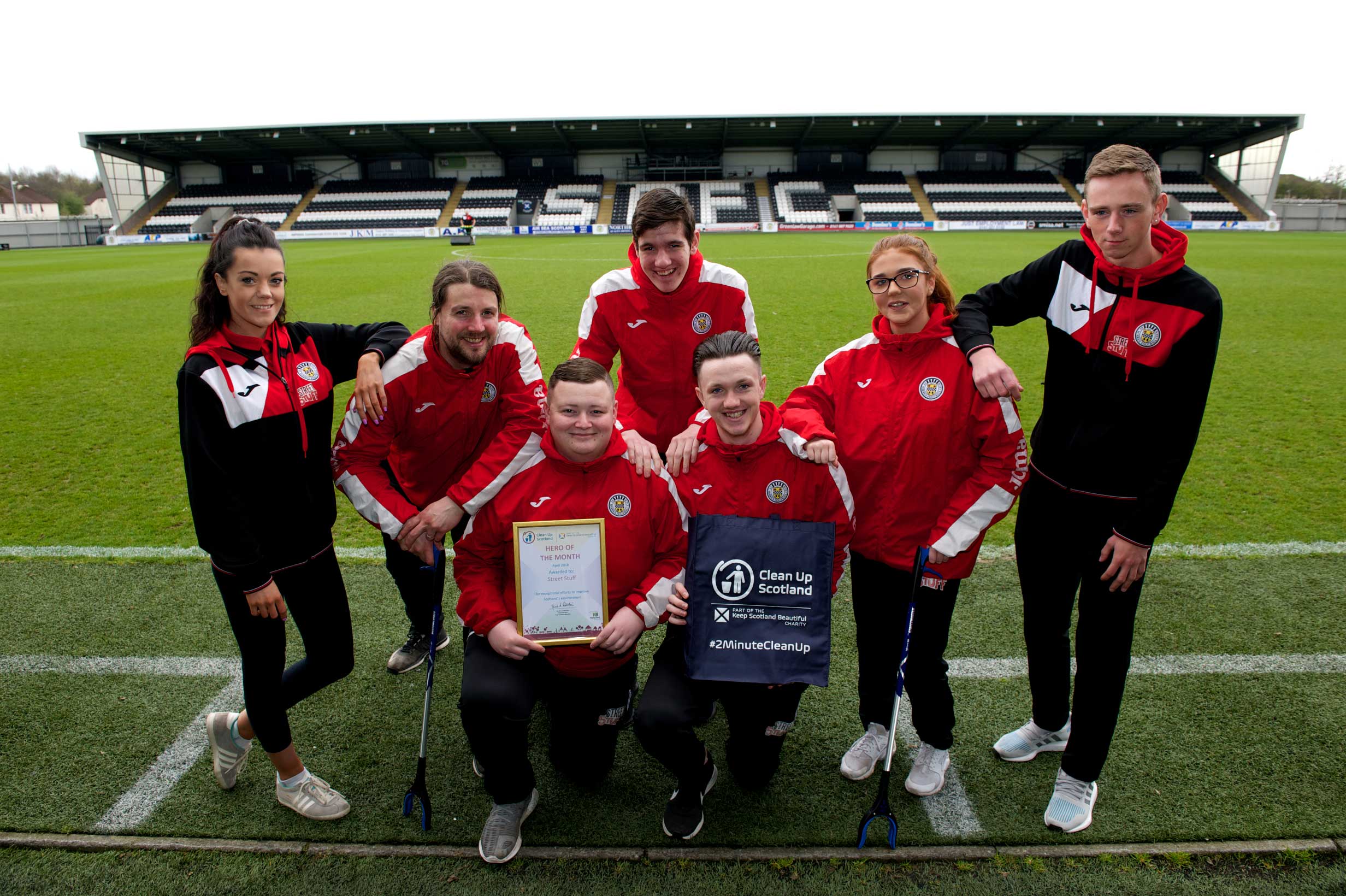 Renfrewshire’s award-winning youth diversionary programme Street Stuff, has been presented with the prestigious Clean Up Scotland ‘Hero of the Month’ award in recognition of its efforts to support the Team Up to Clean Up campaign. 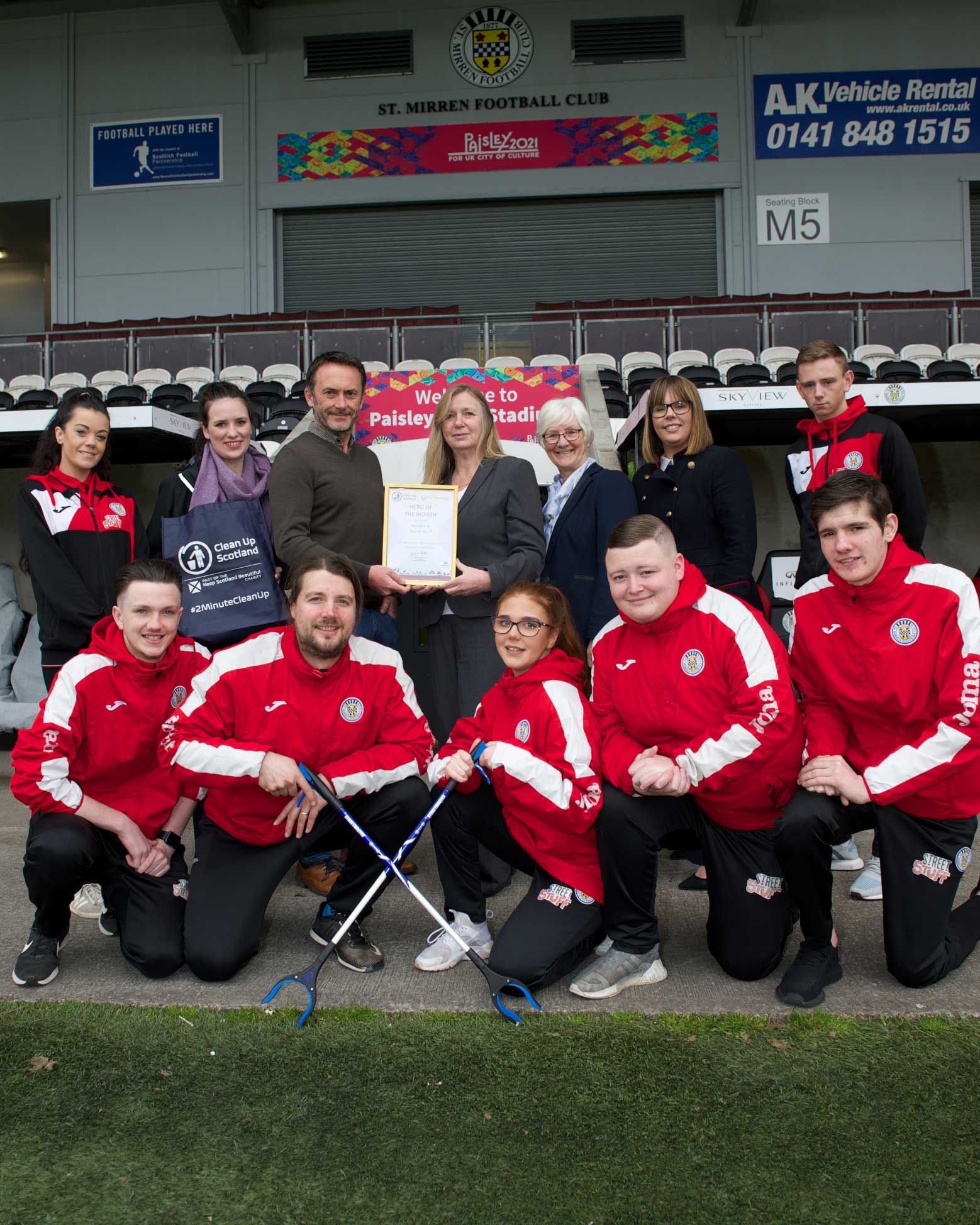 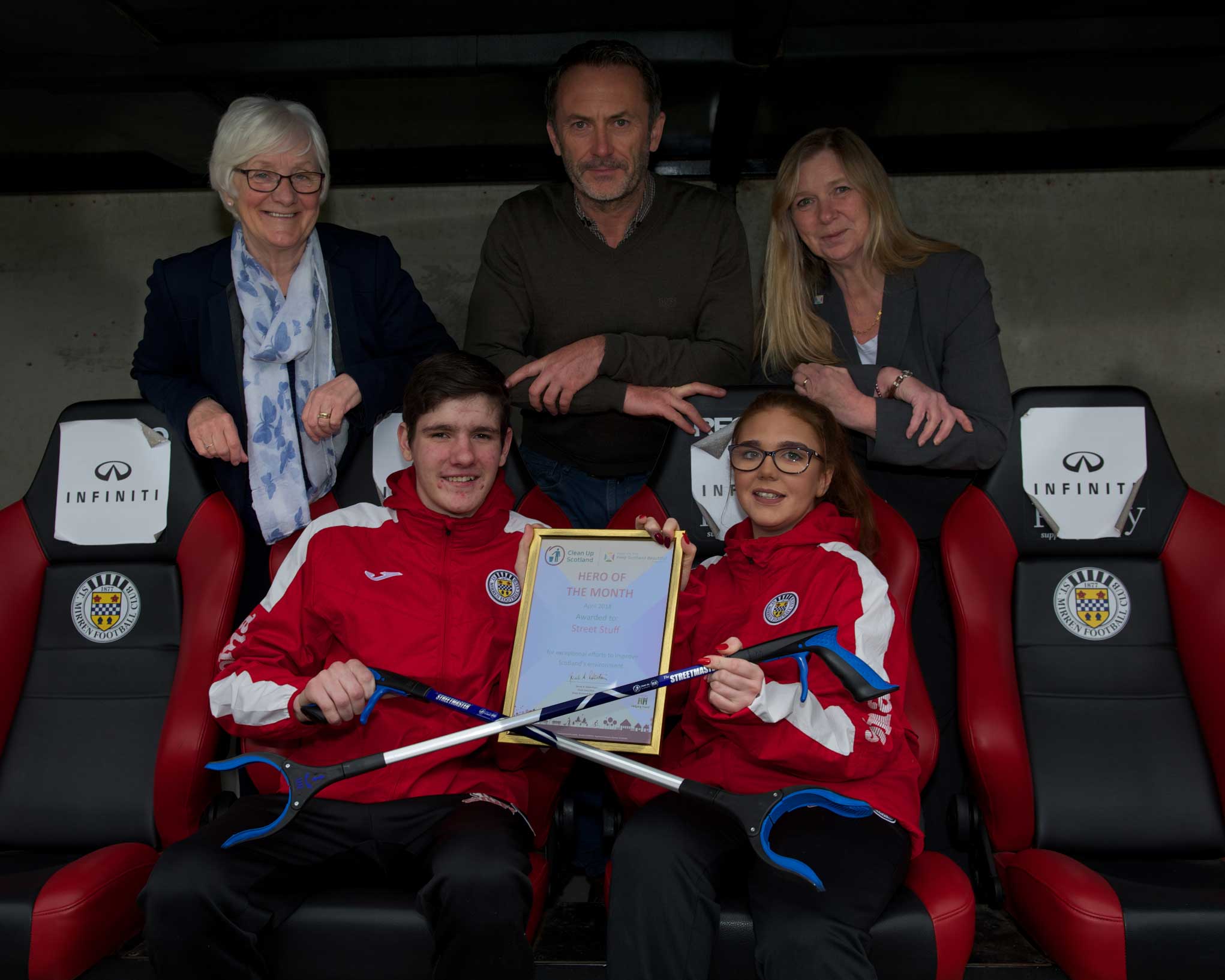 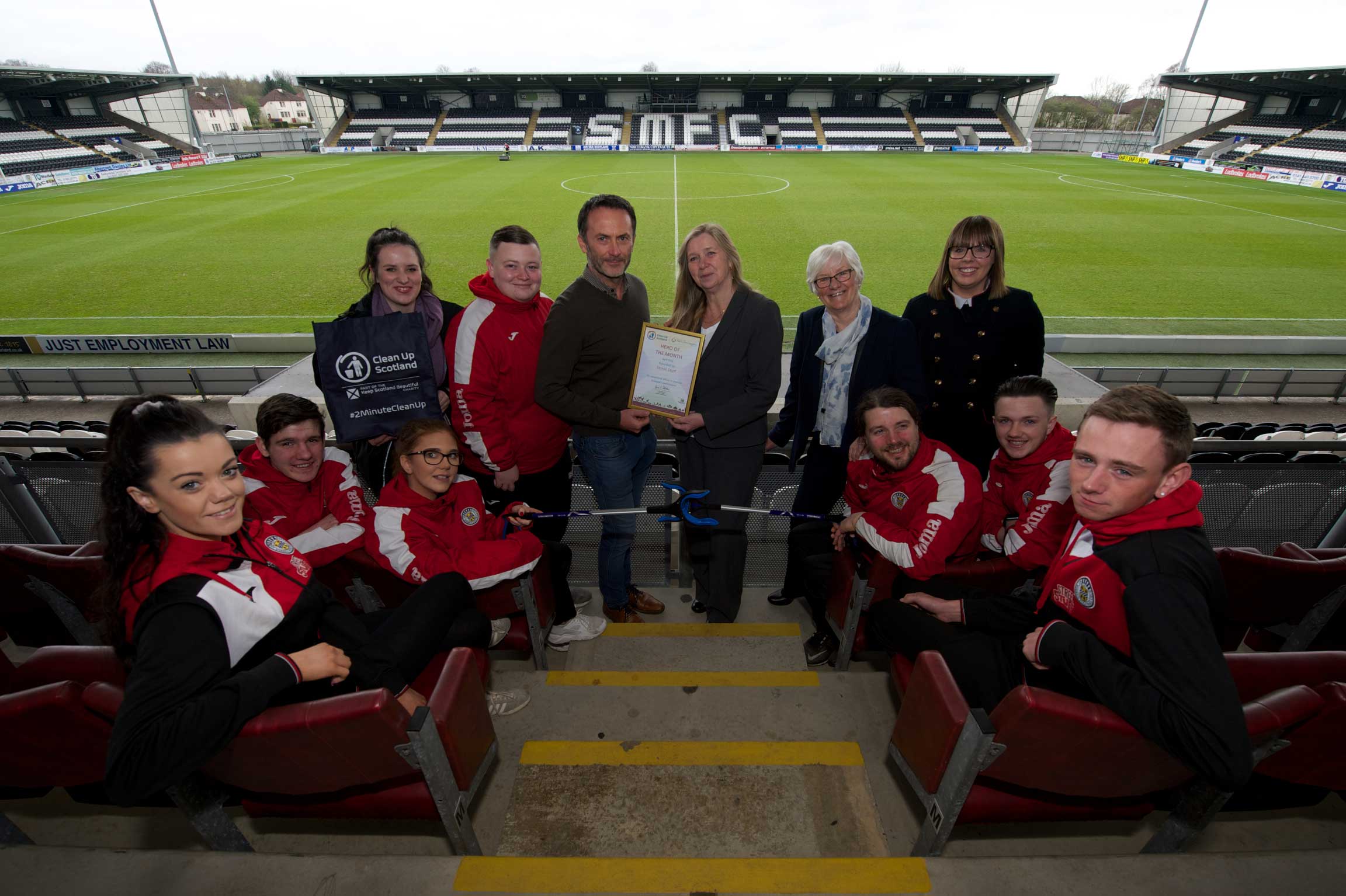 Councillor Cathy McEwan, Convener of Renfrewshire Council’s Infrastructure, Land and Environment Policy Board, said: “We are delighted that Street Stuff have been named as the 50th recipient of the Hero of the Month Award.

“The work volunteers and staff do to engage local children and provide them with activities they may not normally have the opportunity to undertake is fantastic, and has been extremely successful since its inception in 2009.

“They are making a real difference to the local community through participating in litter picks, removing graffiti from shop fronts and supporting the Team Up to Clean Up dog fouling initiative.

“With £2.5million being invested across the next five years, we hope that many local community groups will be able to follow in Street Stuff’s footsteps as we continue to advance the Team Up to Clean Up campaign and make a tangible improvement to the quality of Renfrewshire’s environment.”

Street Stuff works as a partnership between St Mirren FC and Renfrewshire Council delivering a youth activity programme including dance and football, as well as volunteering and employment opportunities for young people.

Gordon Scott, St Mirren FC Chairman, said: “We’re delighted to have been chosen as Keep Scotland Beautiful’s Hero of the Month and it’s testament to the work of the Street Stuff volunteers and staff.

“We’re proud to support the Team Up to Clean Up campaign and will continue to work hard to improve Renfrewshire’s environment for the benefit of the entire community.”

Heather McLaughlin, Community Project Officer with Keep Scotland Beautiful added: “High levels of graffiti, litter and flytipping are closely linked to community safety. By helping to tackle litter in their local area, Street Stuff, its participants and volunteers have all helped to make their local area both cleaner and safer for all of its residents.

“Keep Scotland Beautiful recognises that there are armies of volunteers all across Scotland working very hard to clean up and green up their local area. Clean Up Scotland can help to support their efforts as well as recognising the contribution made by individuals with our Hero of the Month award.”

Lindsay Richmond-Kearns, Communities Manager at Helping Hand Environmental, which provides a clean up kit to each monthly hero, commented: “We are delighted to present Street Stuff with this award. I would like to commend them for successfully improving and delivering significant local environmental improvements in Renfrewshire.

“Helping Hand has been privileged to sponsor the Hero of the Month award in partnership with Keep Scotland Beautiful since 2014, and have rewarded 50 Scottish Heroes to date. If you know a Scottish volunteer who is making a difference to their local environment – you can nominate them for this prestigious award.”

For more information on Renfrewshire’s Team Up to Clean Up campaign visit: www.renfrewshire.gov.uk/teamuptocleanup.

Keep Scotland Beautiful is encouraging everyone to organise or take part in a clean up this spring www.keepscotlandbeautiful.org/cleanupscotland.