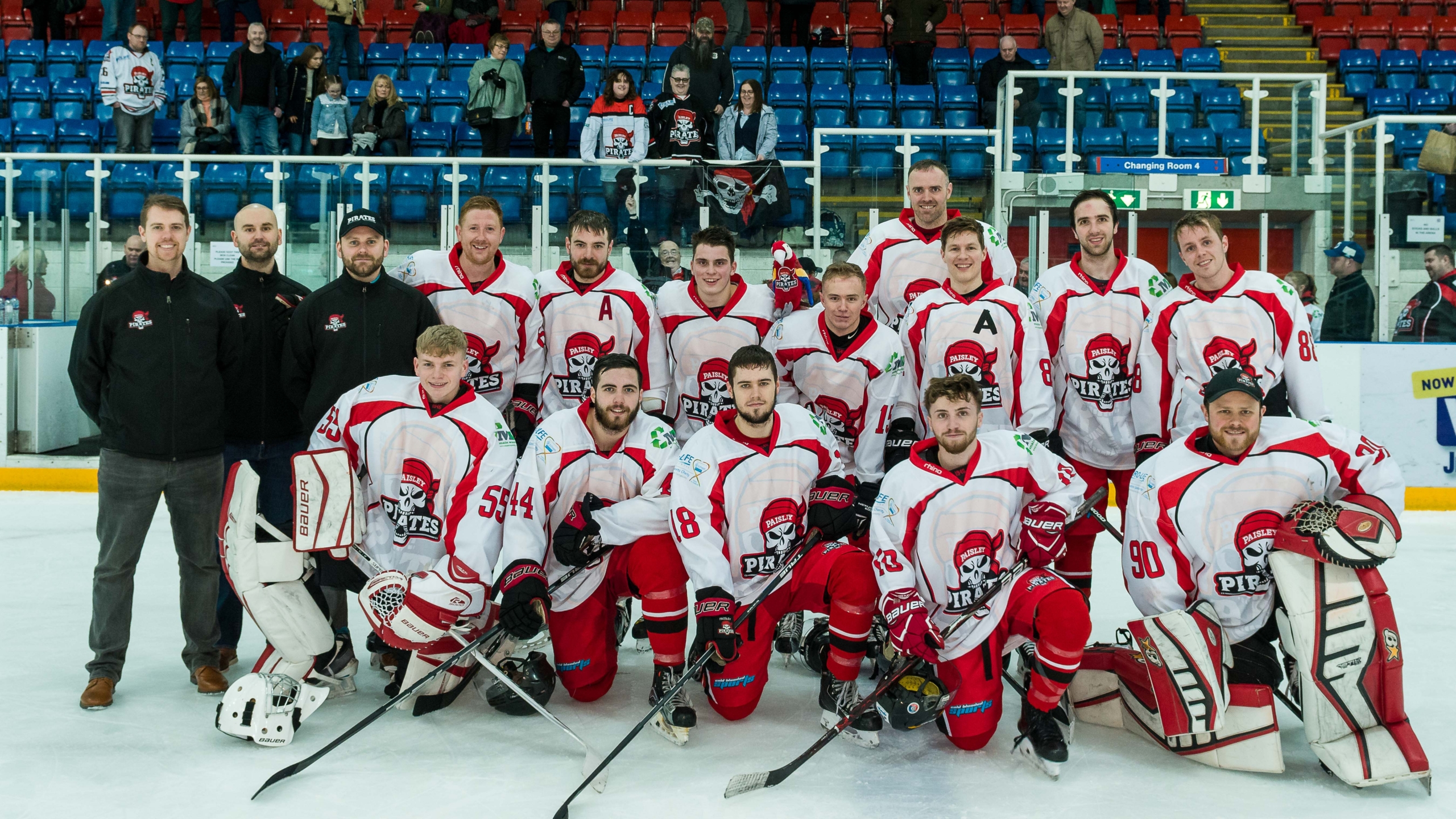 Pirates are through to the Play Off Finals in Fife, after recovering from a 1 goal deficit in Elgin on Saturday 31st March in the 1st leg of the quarter finals.  Pirates 2ndleg ‘HOME’ game the following day was played in Dundee due to an ice plant failure in the Braehead Arena.

Paisley Pirates defeat the Moray Typhoons 12-1 (13-3 on aggregate) in the 2nd “home” leg of the play off quarter finals and progress to the POFW. The game was played at Dundee Ice Arena due to ice plant problems at Braehead. on 1 April , Picture: Al Goold (www.algooldphoto.com)

Pirates defeated the Typhoons 12-1 (13-1 on aggregate) and now face Kirkcaldy Kestrels on Saturday 7th April in the semi final at 7.30pm