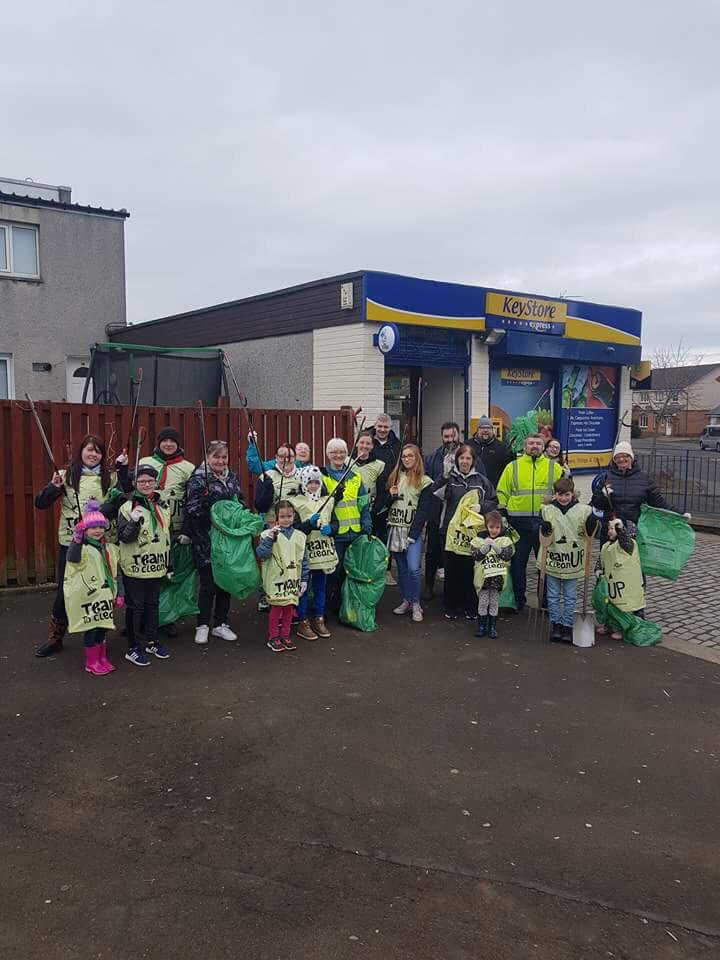 MP for Paisley and Renfrewshire South Mhairi Black has given her full support to Renfrewshire Council’s Team Up to Clean Up campaign. The SNP MP, recently joined the Corseford Community Clean Up in their most recent litter pick, along side local Councillor for the area Andy Steel and Convenor of the Infastructure Land and Environment Board Councillor Cathy McEwan, to help tidy up the streets of Corseford.
Mhairi Black MP said
“It was a pleasure to join the Corseford Community Clean Up. I have been impressed by the Team Up to Clean Up campaign so far, it is refreshing to see local people gathering to make sure their area is looking tidy. 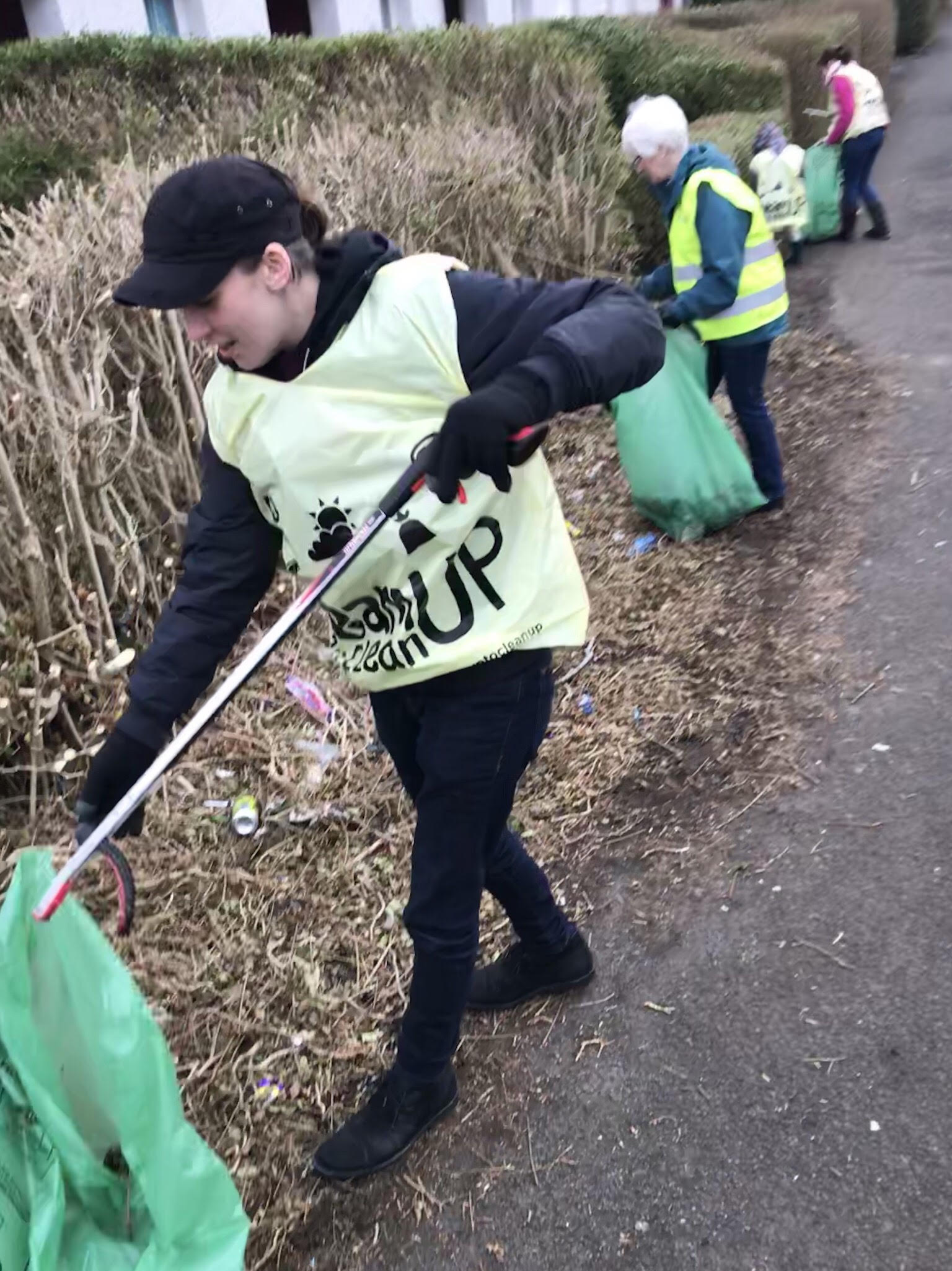 “Well done to all the local people in Corseford and across Renfrewshire who are engaging with the campaign and making Renfrewshire a cleaner place to live.”
Cllr Andy Steel added
“The clean ups in Corseford show Team Up to Clean Up in action – locals are taking a real pride in where they live, and by involving young people we will hopefully see a behavioural change in years to come that will benefit our environment.
“It has been fantastic to see the effort and community spirit that local people have put into the Corseford clean ups. The group have done an excellent job for the area.
“The SNP budget recently doubled the funding for the Team Up to Clean Up campaign so while it is fantastic to see the effort being put in by local communities, this investment will also allow Renfrewshire Council to step up their environmental efforts.”
The SNP administration’s Team Up to Clean Up campaign has been hugely successful so far, with Renfrewshire Council increasing their environmental efforts while the voluntary side of the campaign moves from strength to strength. Over 50 community clean ups have already taken place within Renfrewshire since the campaign started and the dedicated Facebook group continues to grow, with more people getting involved and interacting with each other. You can get involved by contacting Team Up to Clean Up on 0300 300 1375 or by emailing wardens.es@renfrewshire.gov.uk
04/04/2018/by Brian McGuire
https://www.paisley.org.uk/wp-content/uploads/2018/04/mhairi2.jpg 960 720 Brian McGuire https://www.paisley.org.uk/wp-content/uploads/2015/09/paisley-logo-trans.png Brian McGuire2018-04-04 15:37:052021-05-14 06:53:02Mhairi Black Backs Team Up to Clean Up

Flyer printing: the tradition that becomes innovation
Scroll to top