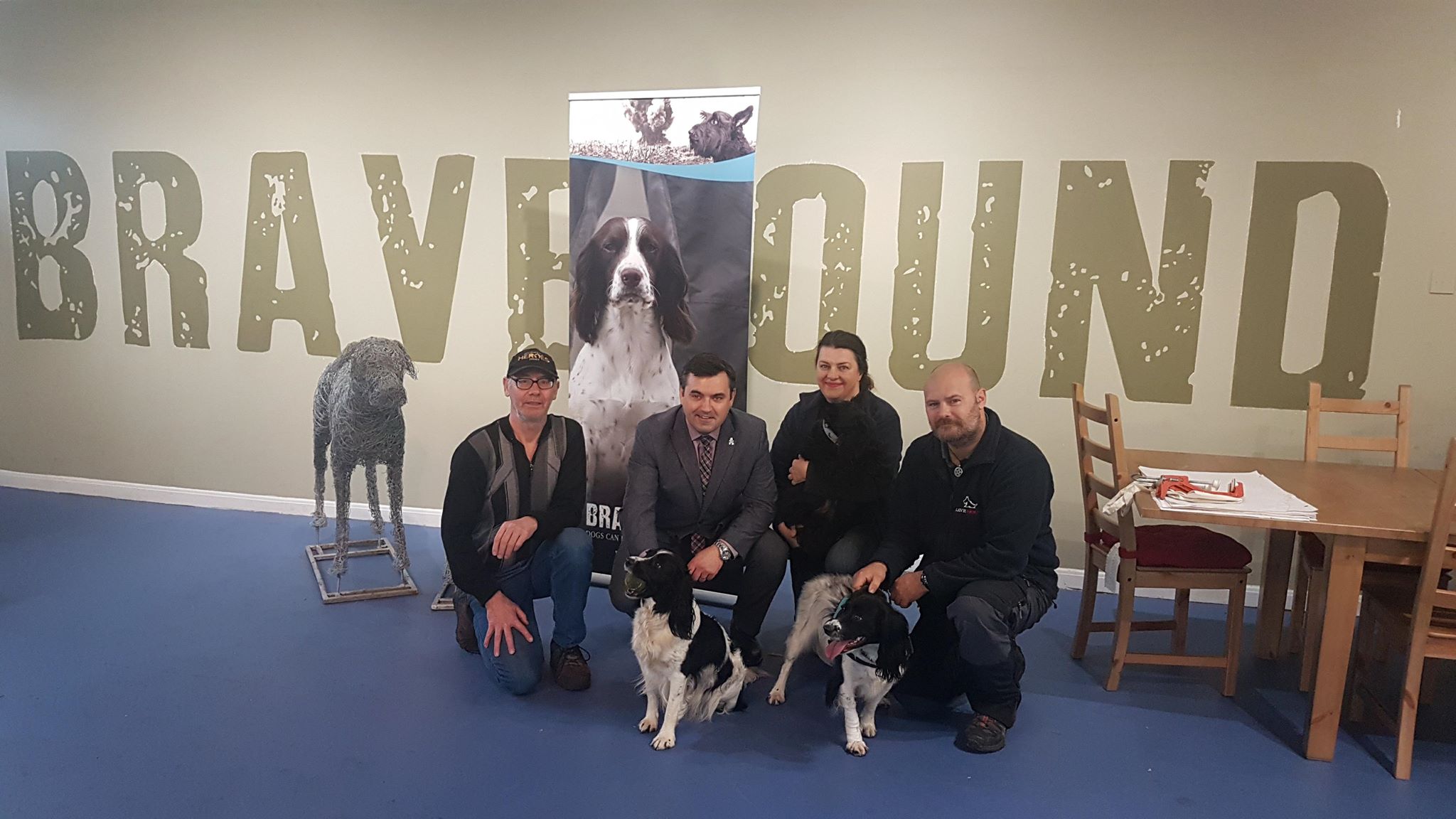 Gavin Newlands, SNP MP for Paisley and Renfrewshire North, is backing a local charity as they seek to win a public vote and help secure funds from the National Lottery’s Big Lottery fund. Bravehound are based at Erskine Hospital and provide a range of support to former servicemen, women and their families, this includes providing companion dogs to veterans as a means of helping to support their transition into civilian life.

The charity is now competing for The People’s Project public vote and if successful, will receive £50,000 of National Lottery money to create a permanent exhibition on the role of military dogs from their base at Erskine House.

Five local community groups across STV West are set to compete for up to £50,000 of National Lottery funding each. The People’s Project is giving these groups a chance to go head to head to compete in a public vote to help them make an extraordinary difference to their community. People can vote once per region and will need an email address to vote. To vote please visitwww.thepeoplesprojects.org.uk

“People in Renfrewshire are extremely proud of its veterans and of the area’s heritage in supporting  serving and ex-Service personnel. Bravehound is a fantastic local charity doing great work to support ex-servicemen and women.

“Bravehound support’s former servicemen, women and their families by providing companion dogs to help them make the transition into civilian life, some of these will be suffering from post-traumatic stress, mental health issues and physical injury.

“It’s great to see their fantastic work being recognised and that they’re now in with a chance of securing funds to allow them to set-up an exhibition, in Erskine House, on the role of military dogs from their base at Erskine House. This is a fantastic and I would encourage everyone in Renfrewshire to vote for Bravehound.”

“We’re so grateful to Gavin Newlands for making the time to visit us. The People’s Project Award will help us to provide more support for veterans with their amazing BRAVEHOUND companions, and to organise events for the whole community to join, as well as to create an exhibition of the role of military dogs from the Western Front through to Helmand Province, and we would be incredibly grateful for your vote.”