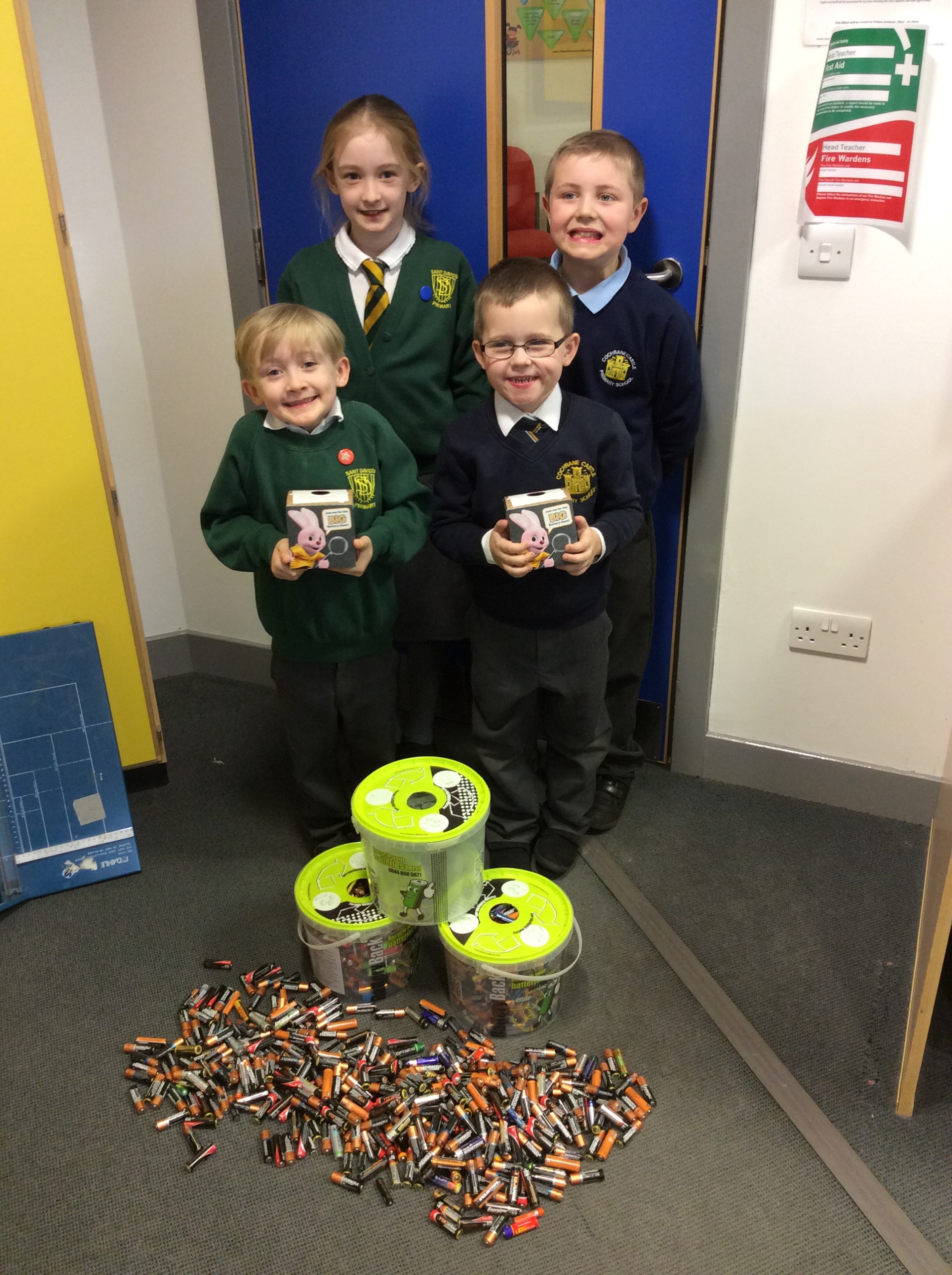 Pupils from St David’s and Cochrane Castle Primary signed up for the ‘Big Battery Hunt’ in January, joining more than 1,800 schools across the UK in raising awareness of recycling.

School Eco Coordinator and P1 teacher Stephanie Mackenzie said she was delighted to see the pupils embrace the challenge so enthusiastically.

“All pupils have their own battery box at home which they fill up and bring back to school to empty into our recycling buckets,” she said.

“Several children have been very proactive in building up their battery numbers.

“For example, two of our St David’s pupils have a dad who works with the police and they’ve been bringing in old batteries from items that the forensic team uses such as torches and cameras.

“It’s been great to see the children so interested in this initiative and developing their understanding of how recycling can help the environment.”
Here’s what some of the pupils had to say:

“I enjoyed looking for batteries. My dad collected a full tub of them and then he got a massive box of them and brought them to school” – Iain (5)

“I found batteries from my old pretend computer. I would usually bin them but I now know that I can recycle them so that I can help the planet” – Eilidh (6)

“I got my batteries from old toys in the house. It is good that we are recycling at our school and telling other people about it” – Cameron (5)
Councillor Cathy McEwan, Convener of Renfrewshire Council’s Infrastructure, Land and Environment Policy Board, said: “The pupils from St David’s and Cochrane Castle Primary are proof that you’re never too young to start recycling.

“Teaching our young people about helping the environment is a positive move toward changing the recycling behaviour of our generations to come.

“With Global Recycling Day being celebrated this month, it’s timely to congratulate all the Renfrewshire primary schools taking part in the ‘Big Battery Hunt’ challenge.”

Entries to the ‘Big Battery Hunt’ competition close on 26 April when all batteries will be collected and recycled.