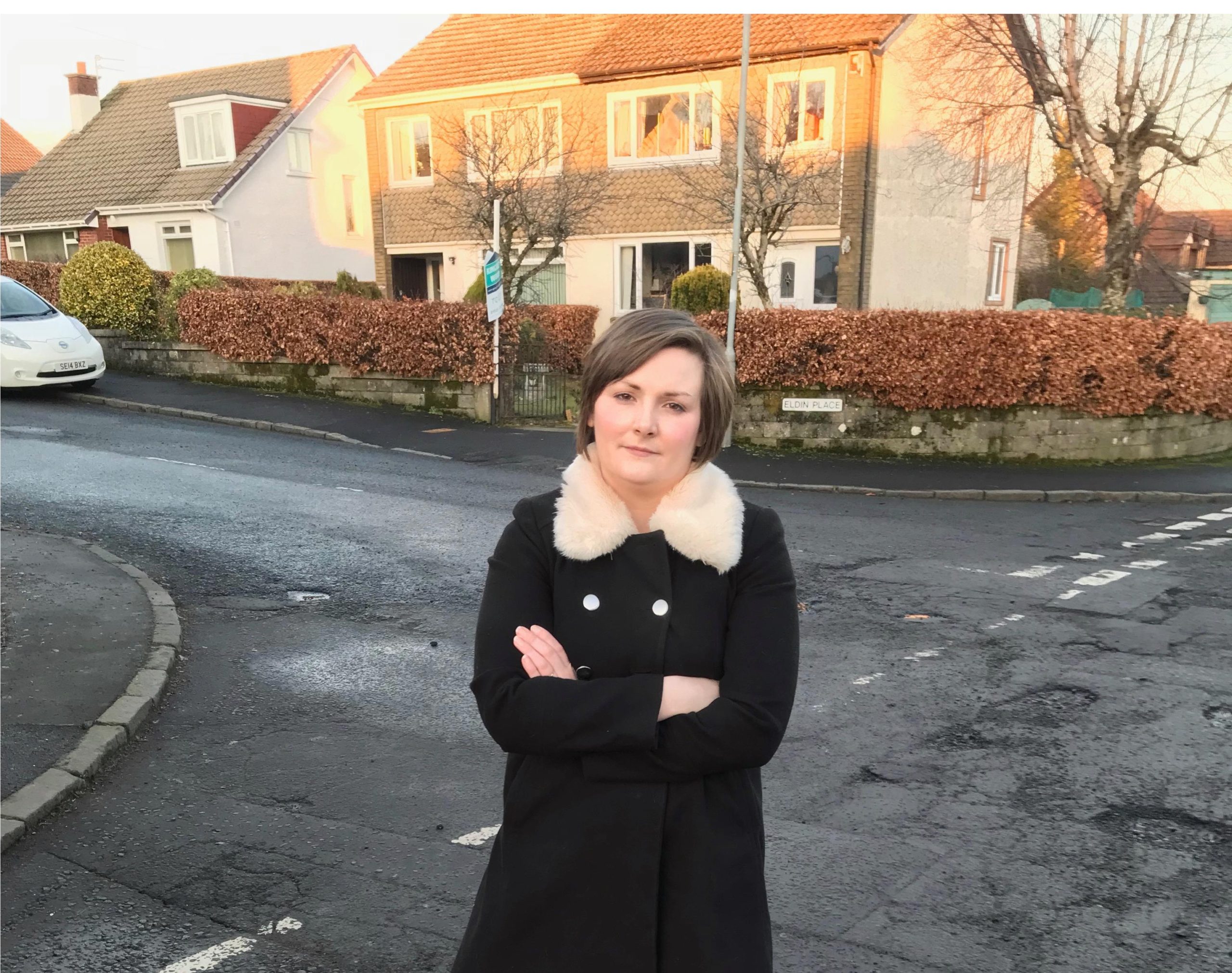 Roads across Renfrewshire are the talking point of every local community at the moment. The volume of potholes and repairs needed over the winter has seen motorists reach breaking point. Renfrewshire Council have been swamped with complaints as outraged drivers have seen the roads reach dangerous levels with burst tyres and vehicle repairs becoming a common occurrence for motorists.
This issue is impacting all areas of Renfrewshire as the bad winter weather has taken its toll on our roads. SNP Councillor for Bishopton, Bridge of Weir and Langbank, Natalie Don has spoken out however, as she explains it is not just down to the bad winter that we are seeing our roads in need of such repairs. Councillor Don believes that we are now seeing the impact of years of neglect to the roads budget from the previous Renfrewshire Council Labour administration.
Councillor Don stated,
“Although the bad weather has obviously been a contributing factor, the current situation we are experiencing is the result of the previous Labour administration’s mismanagement and years of neglect of our roads. Labours inability to effectively invest in our roads during their last five years in administration has seen our roads gradually deteriorate and the recent bad weather was the final straw. The current SNP administration are still running on the previous administrations budget and I think it is both hypocritical and patronising to see Labour councillors complaining about the state of the roads, when it is down to their current and previous budgeting decisions over the last 5 years that the roads are in the state that they are now.”
Councillor Don, also Depute Convener of the Infrastructure Land and Environment Board, has assured residents that Renfrewshire Council is dedicated to seeing our roads improve and urges constituents to get in touch and report any damages that they encounter while commuting.
“I understand that roads across Renfrewshire are causing a great deal of concern for many local people. The number of complaints I have received regarding roads within my ward of Bishopton, Bridge of Weir and Langbank alone, has been high but I understand that this problem is affecting residents across Renfrewshire. I want to ensure all residents that your local SNP councillors are working extremely hard with Renfrewshire Council roads department, around the clock, to ensure that your complaints are dealt with and poor conditions are reported and repaired swiftly.”
On 1st March the SNP council group will put forward their first budget since taking over the administration in May last year. The current budget for roads was set by the previous Labour administration for the 2017/18 financial year and Councillor Don has emphasised that investment in Renfrewshire’s roads will be seen as a top priority when it comes to the budget in March.
“The SNP will shortly be putting our budget proposals forward and I am positive that we will see proper investment in our roads. I have certainly made it clear that it is one of my top priorities. It is time for the SNP to fix the mess that the Labour administration left Renfrewshire in and to ensure that our roads do not end up in this state again.”
https://www.paisley.org.uk/wp-content/uploads/2018/02/received_309902232865524-2-scaled.jpeg 2022 2560 Brian McGuire https://www.paisley.org.uk/wp-content/uploads/2015/09/paisley-logo-trans.png Brian McGuire2018-02-04 20:25:402021-05-14 06:54:38Years of Neglect Have Left Our Roads At Breaking Point

Glasgow News? Daily Updates part of our network
5 Marketing Lessons You Can Learn from Online Casinos