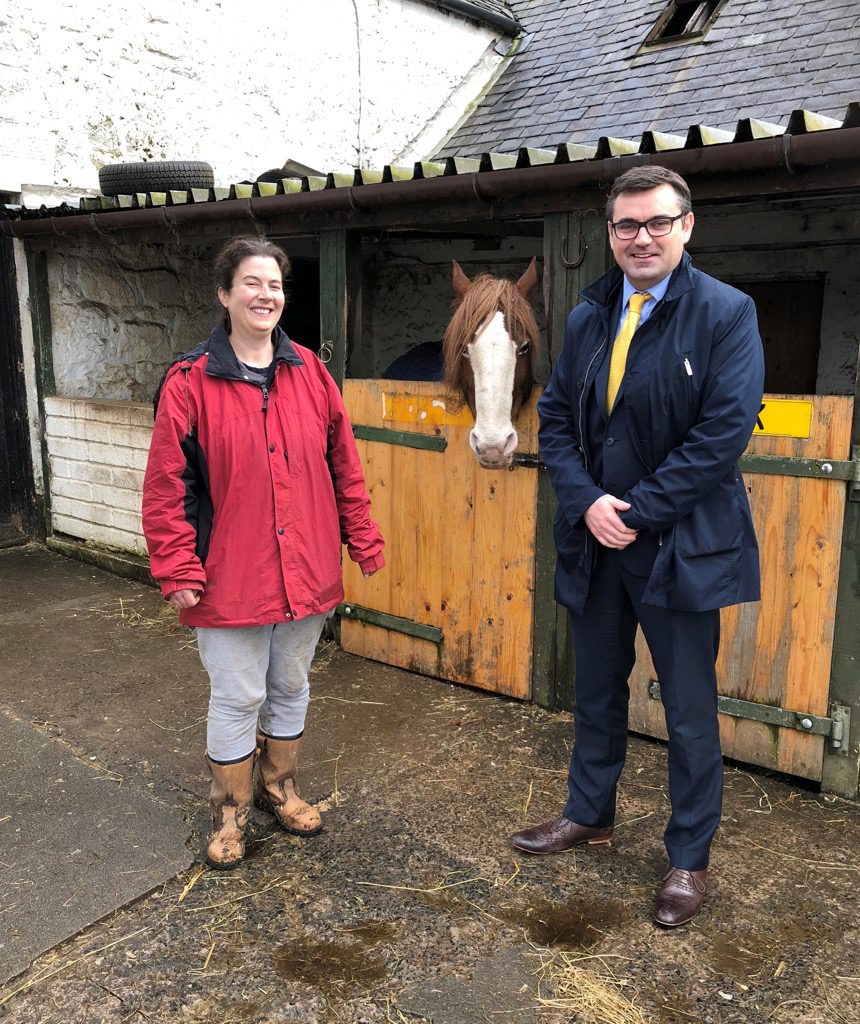 Gavin Newlands, MP for Paisley and Renfrewshire North, has praised Lamont City farm, the long-established community farm which has spent the past 41 years helping to improve animal welfare through education and helping to rescue animals at risk.

Lamont City Farm is run entirely by volunteers and provides school children and residents from Renfrewshire and beyond to meet a range of animals, from horses and llamas, to exotic reptiles and small furries.

The Farm run workshops on animal care, welfare and husbandry. Unfortunately, last week, the farm building was targeted by vandals who caused a significant amount of damage. As a result, the volunteers have launched a crowdfunder to help repair the damage that was caused.

“Lamont City Farm is a well-established part of the wider Renfrewshire community. They have provided opportunities for countless school children over the years to see some fantastic animals and it’s an outrage that they’ve been targeted by senseless vandals.

“They provide a fantastic resource to Renfrewshire and help educate kids about the importance of animal welfare. In addition many of its residents have been saved from a life of neglect, abuse and suffering. To hear that this organisation has recently been targeted by vandals is especially distressing. I hope all those who have visited Lamont City Farm over the years, and have seen witnessed the excellent job that they do, will contribute to this fundraiser if they are able to. ”