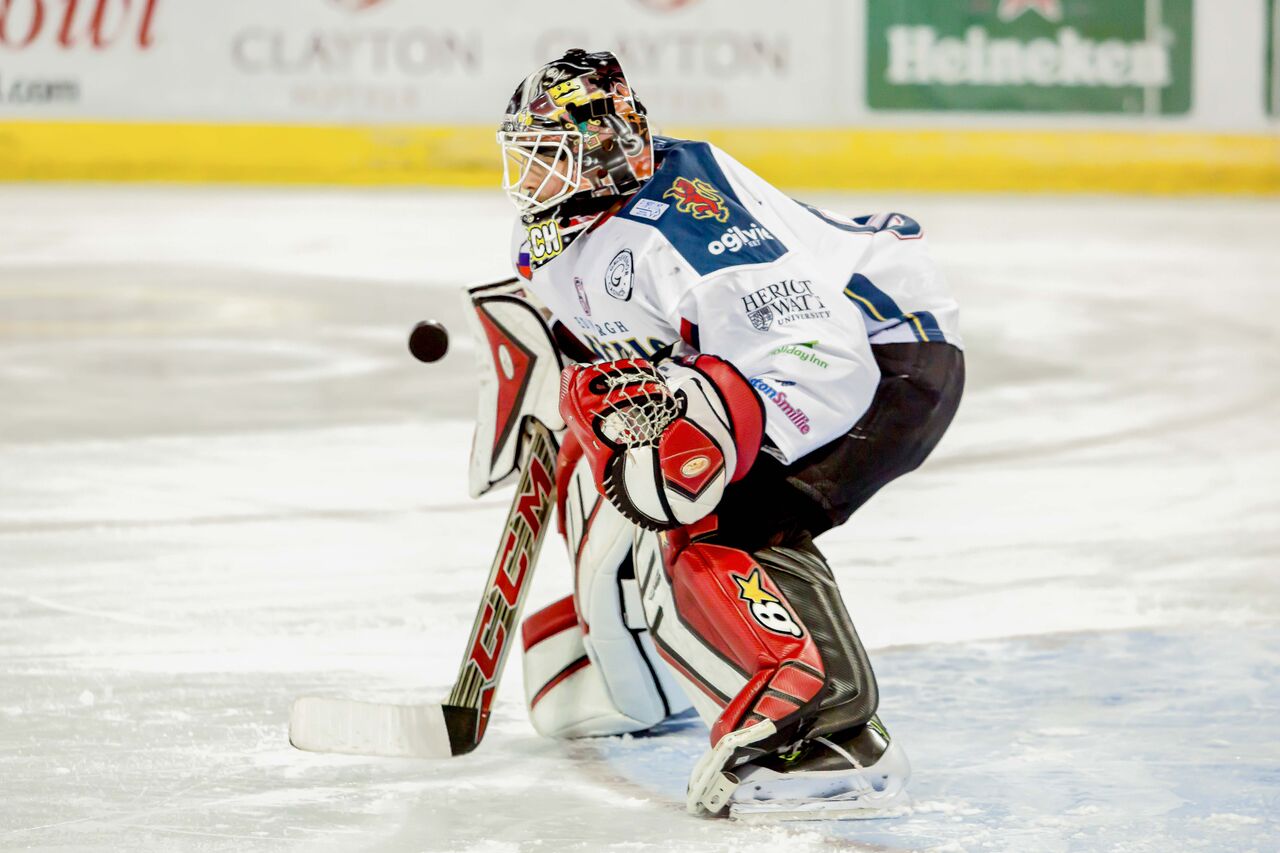 Paisley Pirates received a welcome boost at the end of the old year as netminder Graeme
Meechan was called up by the Elite League side Edinburgh Capitals to provide cover for
them when they took on the Belfast Giants on the last Friday of 2017. “It’s not uncommon for an Elite League side to look for cover if one of their regular
netminders picks up a knock, or takes ill, or, in fact is going to miss out on a match for any
reason at all,” said Head Coach Ian Turley. “In this instance, as we always are, we were
delighted to help out a fellow Scottish club and the Caps were extremely grateful to both
ourselves and Graeme for getting them out a tight spot. We’ve already done the same favour
for the Braehead Clan this year when we allowed them to borrow John Russell, another of
our netminders, when they were shorthanded.”

He continued, “It’s great experience for our boys to get this kind of exposure at the top level
of the sport, whether or not they actually get to ice, and it’s another boost for all of the
players at the club to see team mates getting the call. We may be a younger side this year,
but our guys all have ambition to play at the highest level possible and a wee boost like this
does them absolutely no harm at all. I can’t actually imagine any such request for a Pirates’
player being turned away, as we’re all about developing the natural talent that these guys
have so a chance for them to see first hand what it’s about at a higher level is one that we’d
always want them to take.”

“Graeme has only been with the squad for a couple of seasons and his progress has been
remarkable, coming from a position where he was a raw teenager and understudy, to being
an established netminder and recognised as one of the best in the league. We’re very lucky
to have two goalies of the quality of Graeme and John at the club, not to mention young
Callum Donaghy, and the fact that that the Elite League teams have also noticed the talent
we have in that position only illustrates that fact.”

Glasgow News? Daily Updates part of our network
The fight is on to save lives as Race for Life 2018 launches in Scotland