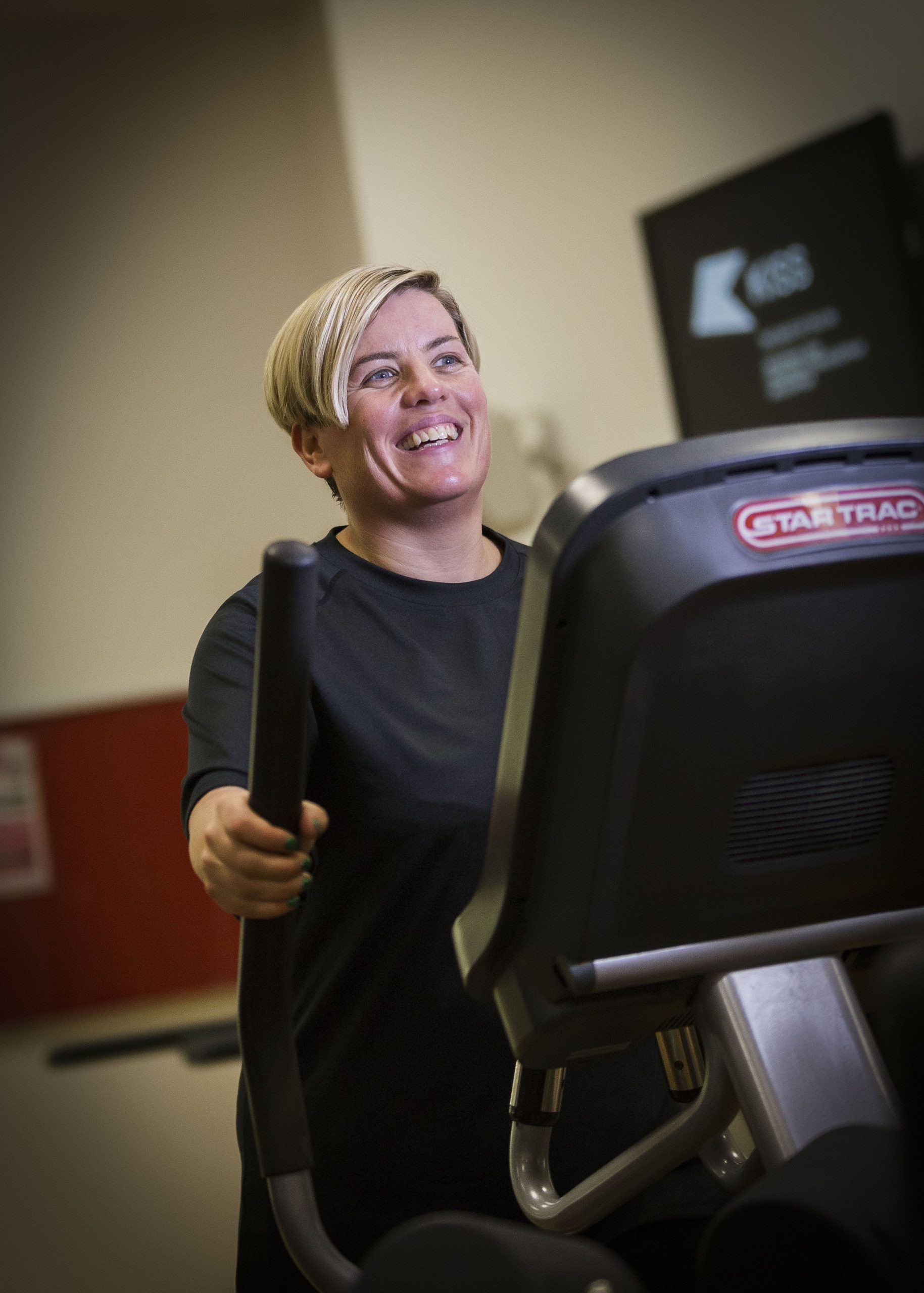 An international ball hockey player who trains at The Lagoon gym in Paisley is urging people to set goals when they set out to become fitter and healthier. Amanda Murdoch knows all about goals, as her target for 2018 is to be selected to play for the Great Britain Women’s Ball Hockey team in the World Championships, in Bratislava, which take place in 2019.

Why not put your passion to work as a personal trainer? Click here. 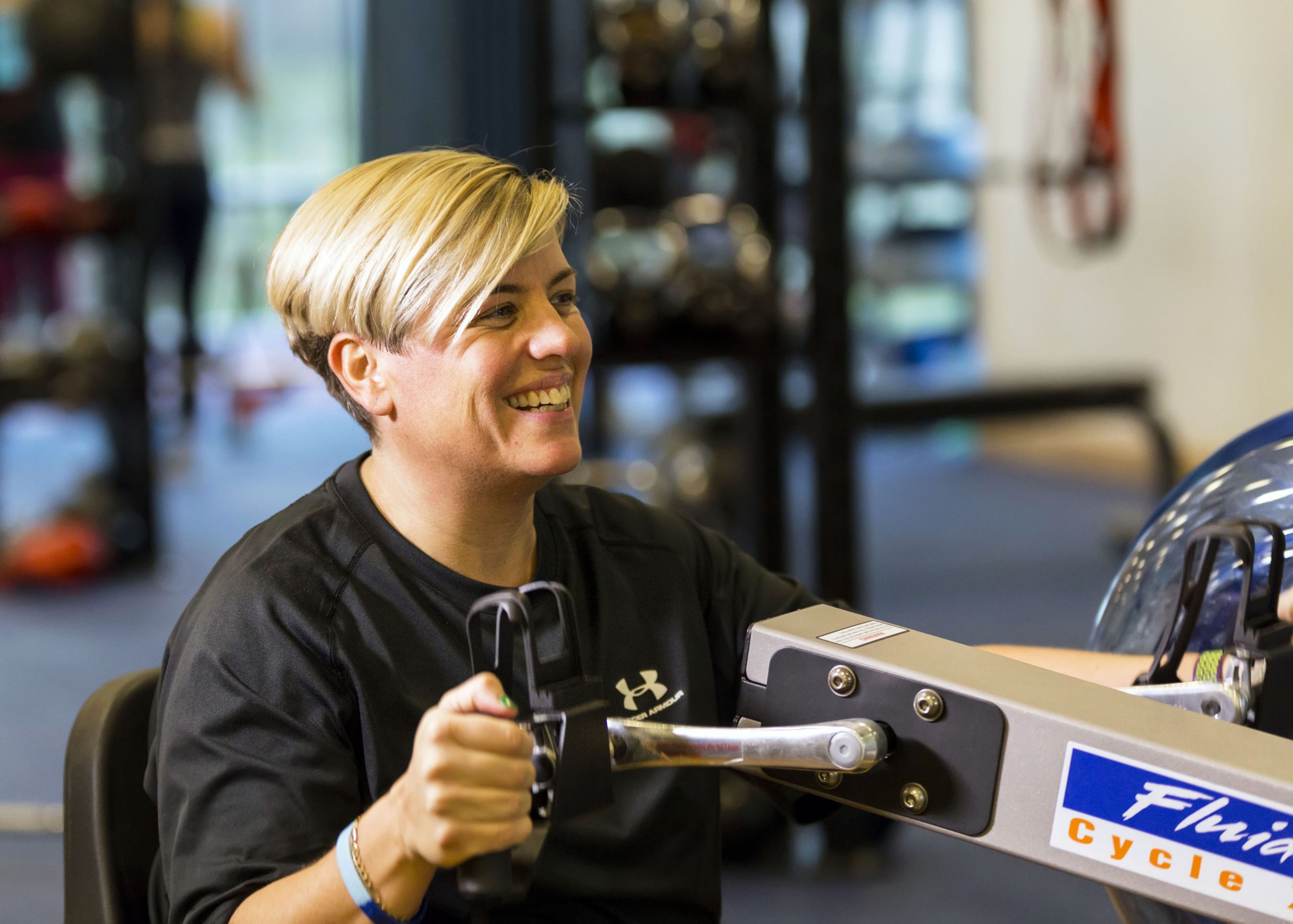 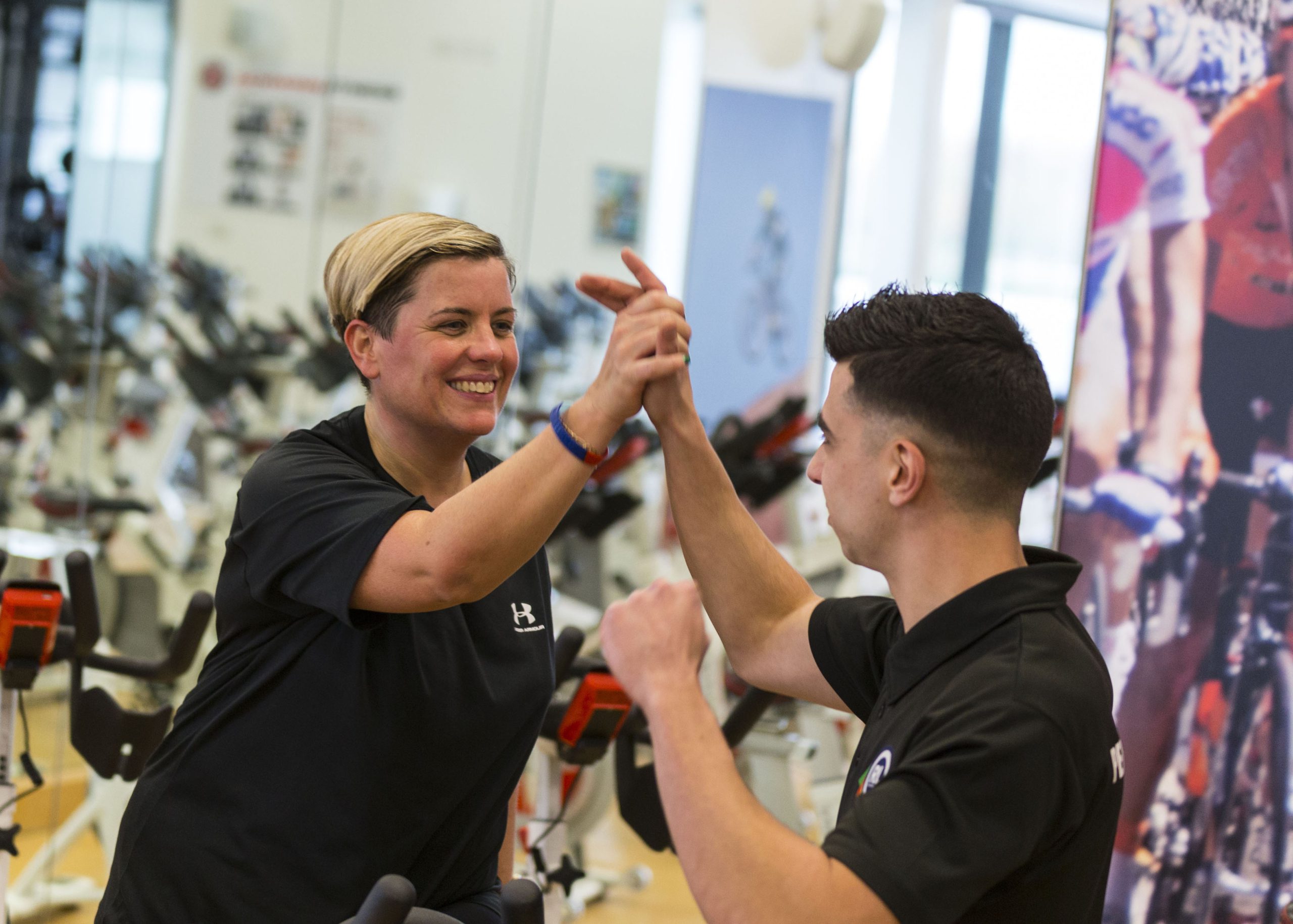 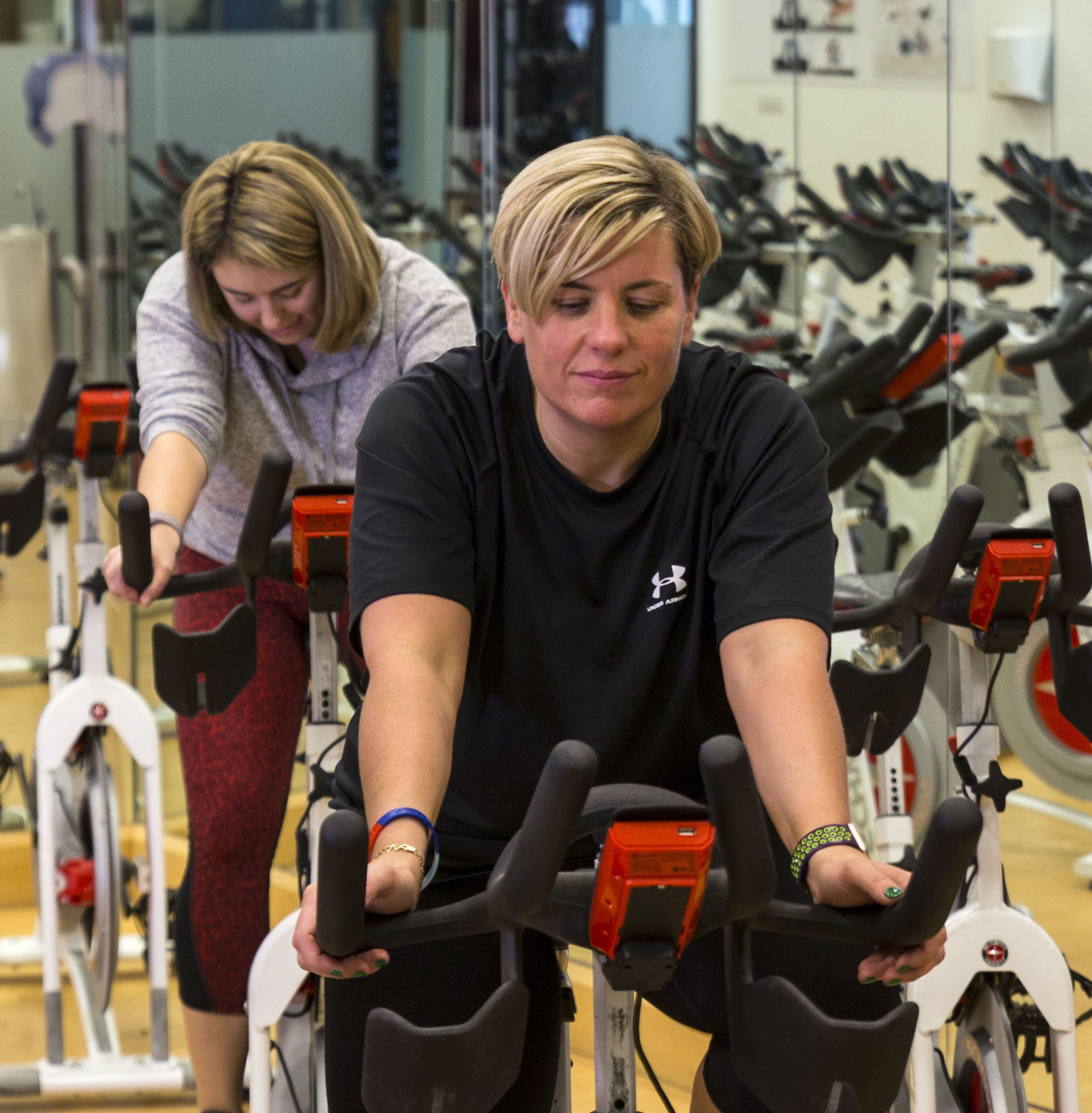 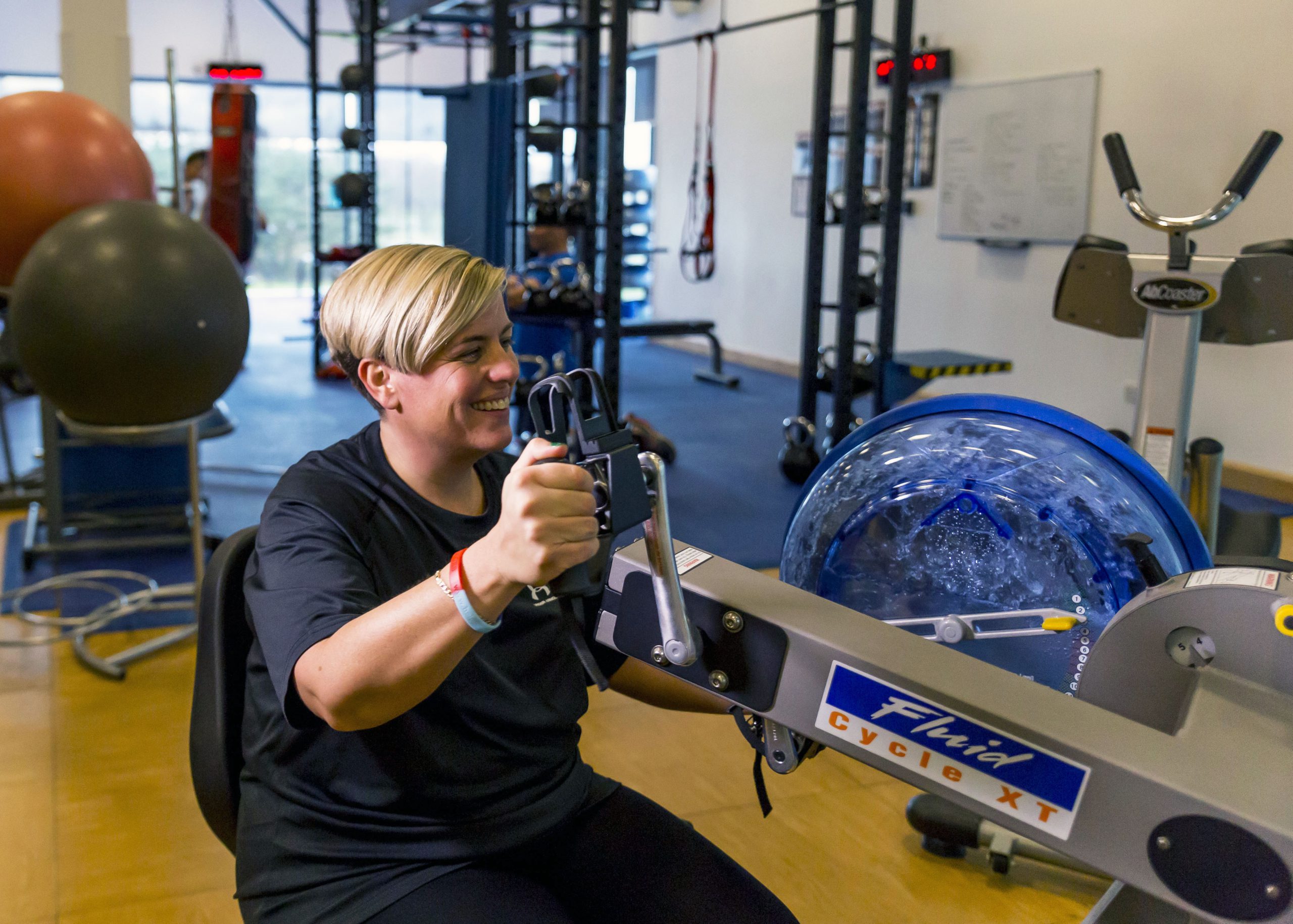 The 40-year-old mum with a teenage daughter was picked to play for Great Britain last year in the 2017 World Championships, held in Pardubice, in the Czech Republic playing against Canada, America, Italy, Slovakia and the host nation.

Ball hockey is a version of ice hockey only played on a dry sports surface with the players wearing trainers instead of skates using a ball instead of a puck.

The GB selection process means Amanda, from Paisley has to play in a series of trial matches later this year before she finds out if she’s again picked as one of the wingers in the GB squad.

She’s now training five times a week with the help of Renfrewshire Leisure gym staff, doing two spin classes and three sessions in the gym with weights and treadmill to build her core body strength and cardio fitness levels.

Amanda, who also works for Renfrewshire Leisure, reckons the organisation’s new What’s Your Goal? campaign is ideal for people who want to get fit and healthy.

Amanda says: “I’ve certainly got my goal for this year and that’s to make the GB team for Bratislava in the World Championships, in 2019.

“No matter what goals you set yourself, it makes the training much easier when you have something to aim for and that’s the case whether you’re a serious sports athlete, or you just want to lose weight and get more fit and healthy.

“I’m quietly confident I’ll make the squad, but I need to be sure I’ve got a high level of fitness, as you’re playing six games in seven days in the World Championships.”
Renfrewshire Leisure’s new campaign has something for everyone; from their Yearly Saver membership, offering 12 months for the price of ten, to six personal training sessions for the price of five.

Once they have joined, members set their goals with trained gym staff who help them create a tailored individual fitness plan.

Then it’s about taking action by heading for the gym and fitness classes for their regular workouts.
The third part is tracking progress and every four weeks gym staff check with members that they’re still on track to achieve their goals and give them any help if needed.

And once they reach their goal, members are encouraged to set new goals, either to maintain their fitness levels, or take it to the next level.

Amanda added: “Everybody needs to set a realistic goal, as that gives you something to aim for and encourages you not to give up. And when you reach your goal, you’ll get a great sense of achievement.”

For more information about Renfrewshire Leisure’s What’s Your Goal? campaign, log on to www.renfrewshireleisure.com or call 0300 300 0250.

How to enjoy success as an entrepreneur
Scroll to top