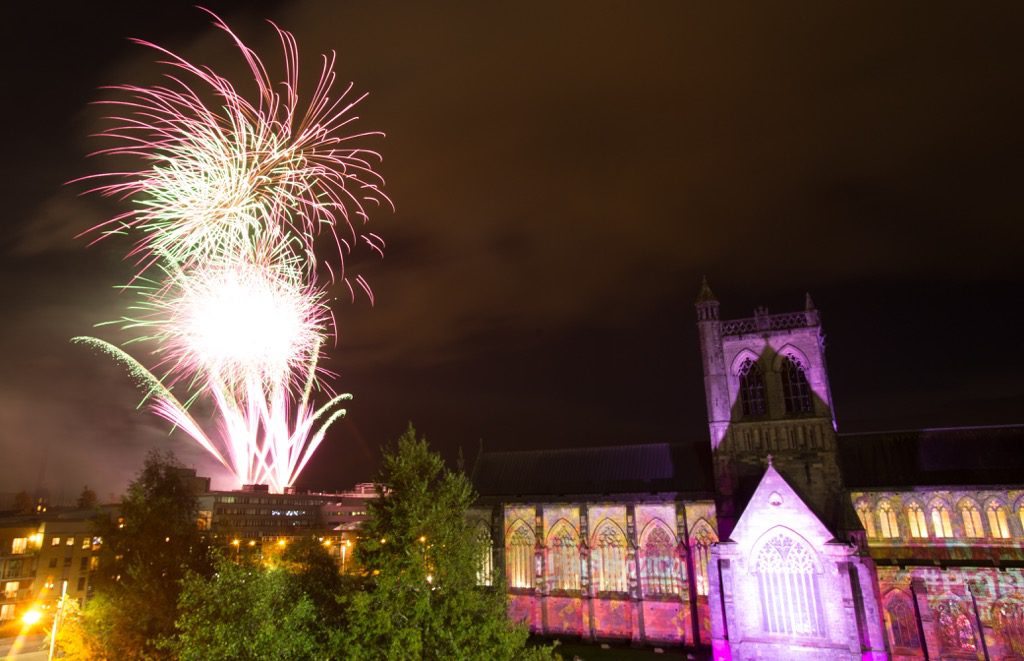 New figures show visitors to Renfrewshire rose by 25% in 2016 – with the news hailed as proof Paisley’s UK City of Culture 2021 bid boosted the town. Paisley missed out on the cultural title last week after a two-year campaign – but the stats, contained within a new masterplan aimed at turning the area into one of Scotland’s key tourist destinations – show the positive impact the bid had.

The sharp rise – with 1.7m visitors last year – means Renfrewshire increased its visitors at a faster rate than other areas with the Glasgow region. The new Renfrewshire Visitor Plan aims to build on that, setting a series of actions aimed at bringing an extra 590,000 day visitors to Renfrewshire by 2020.

The report – rubber-stamped by members of Renfrewshire Council’s Leadership Board – includes the following key achievements:

– a new destination brand and website will be launched in early 2018, having been developed in consultation with local people and leaders across Renfrewshire;

– Paisley’s UK City of Culture 2021 campaign took awareness of what the area has to offer to new levels – with a media reach of 277 million people, including visits by foreign journalists;

– more than 1.1m people attended events or festivals in Renfrewshire over the past five years, with numbers growing by 25% and 23% in 2016 and 2017. This year saw a third of attendees from outwith Renfrewshire, a 93% satisfaction rate, and £1.3m pumped into the local economy;

– new partnerships have been developed with regional and national agencies and detailed work has taken place to better understand the area’s target market;

And key actions listed to help take the area’s visitor economy forward over the next three years include:

– expanding the area’s events programme, with Renfrewshire already due to host the British Pipe Band Championships each year until 2021, and the Royal National Mod in 2021 or 2022, growing existing events such as the Halloween festival and The Spree, and bidding for new events;

– targeting Renfrewshire’s unique cultural and heritage assets to potential visitors, and working with partners to make sure Renfrewshire’s offer is included in national campaigns;

– supporting a growth in new accommodation, working with transport agencies to make it easier to get here and get around, and working with partners to share data, knowledge and training;

Councillor Iain Nicolson, chair of Renfrewshire Council Leadership Board said: “Our disappointment at missing out on the UK City of Culture 2021 title was eased by the knowledge the area is in a stronger position for having bid.

“The new Renfrewshire Visitor Plan shows work to build a new visitor economy is already well under way and gives a clear plan for how the public and private sectors can work together to build on that.

“There’s no question Paisley and Renfrewshire have had their challenges in recent years – but we can address that by promoting the things that set us apart to bring new footfall into our town centres.

“The Paisley 2021 bid was part of a wider plan to do that – the area’s profile has perhaps never been better or higher and awareness of our unique cultural and heritage assets has moved to new levels.

“The area was once the centre of a global industry and the legacy of that is still around us in our buildings and museum collections – while the outlying areas of Renfrewshire offer a wide range of historical gems and great outdoor days out.

“For Renfrewshire to have already recorded a 25% increase in both visitors and event attendees in 2016 shows the extent to which the bid has already delivered results.

“That work was always going to continue regardless of the outcome of the 2021 bid – we now have a great platform on which to build.”

Paisley’s work has also been endorsed the head of Scotland’s tourism authority, with Malcolm Roughead, chief executive of VisitScotland adding: “While it is disappointing Paisley has not been named the 2021 UK City of Culture there is still much to be positive about.

“The bid has transformed Paisley’s reputation, and now Scotland, the UK and the world are all becoming more aware of its fantastic cultural offering.

“2017 saw the town host world-class events like The Spree and Weave Festival, while we can look forward to The Royal National Mòd and the British Pipe Band Championships next year.

“I’d like to say a massive well done to everyone involved for their hard work and dedication to showcase the town’s wonderful cultural offering.

“This is just the beginning of Paisley’s transformation and I look forward to the town’s continued development and all the wonderful events and activities that will come with it.”

The legacy of Paisley’s 2021 UK City of Culture bid endures with Culture,...
Scroll to top