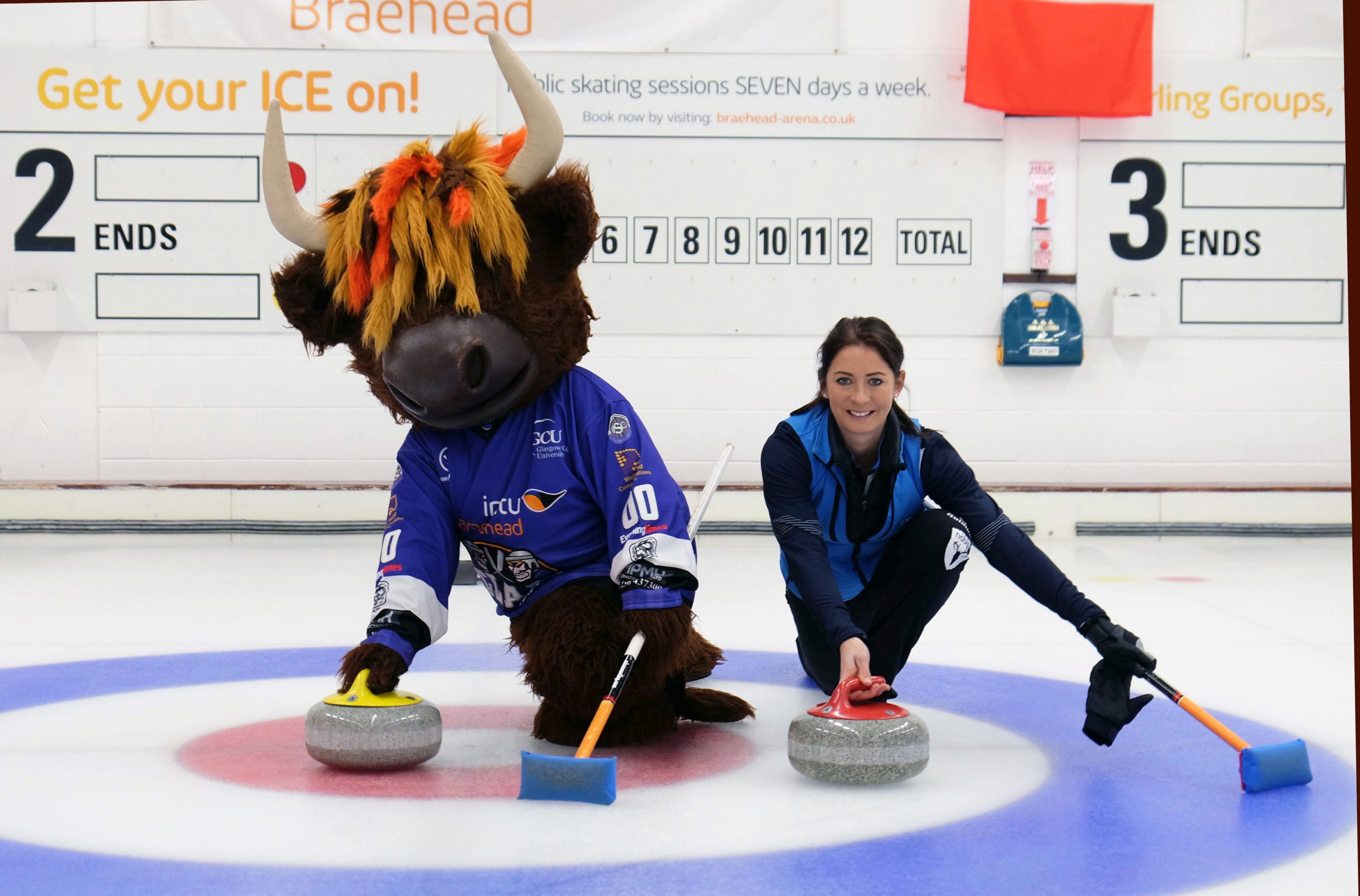 Eve has returned home after leading the Scotland women’s team to a gold medal at the European Curling Championships, in St Gallen, Switzerland, last weekend.

But it was back to grassroots for the 27-year-old, as she gave curling lessons to people who had come along to the weekly Saturday Sweep session, held at intu Braehead’s curling rink. Eve also brought along her European Gold Medal for everyone to see. 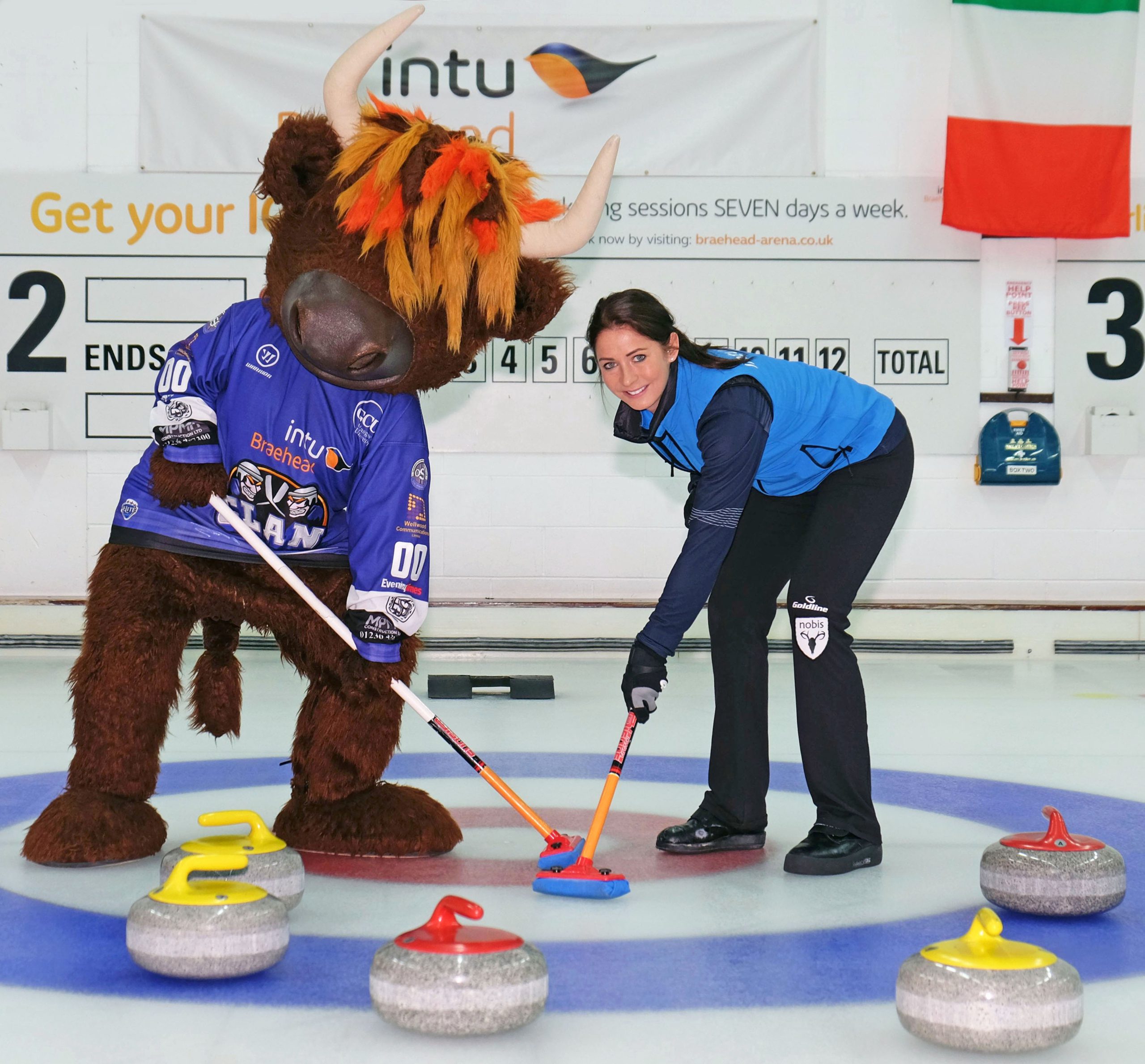 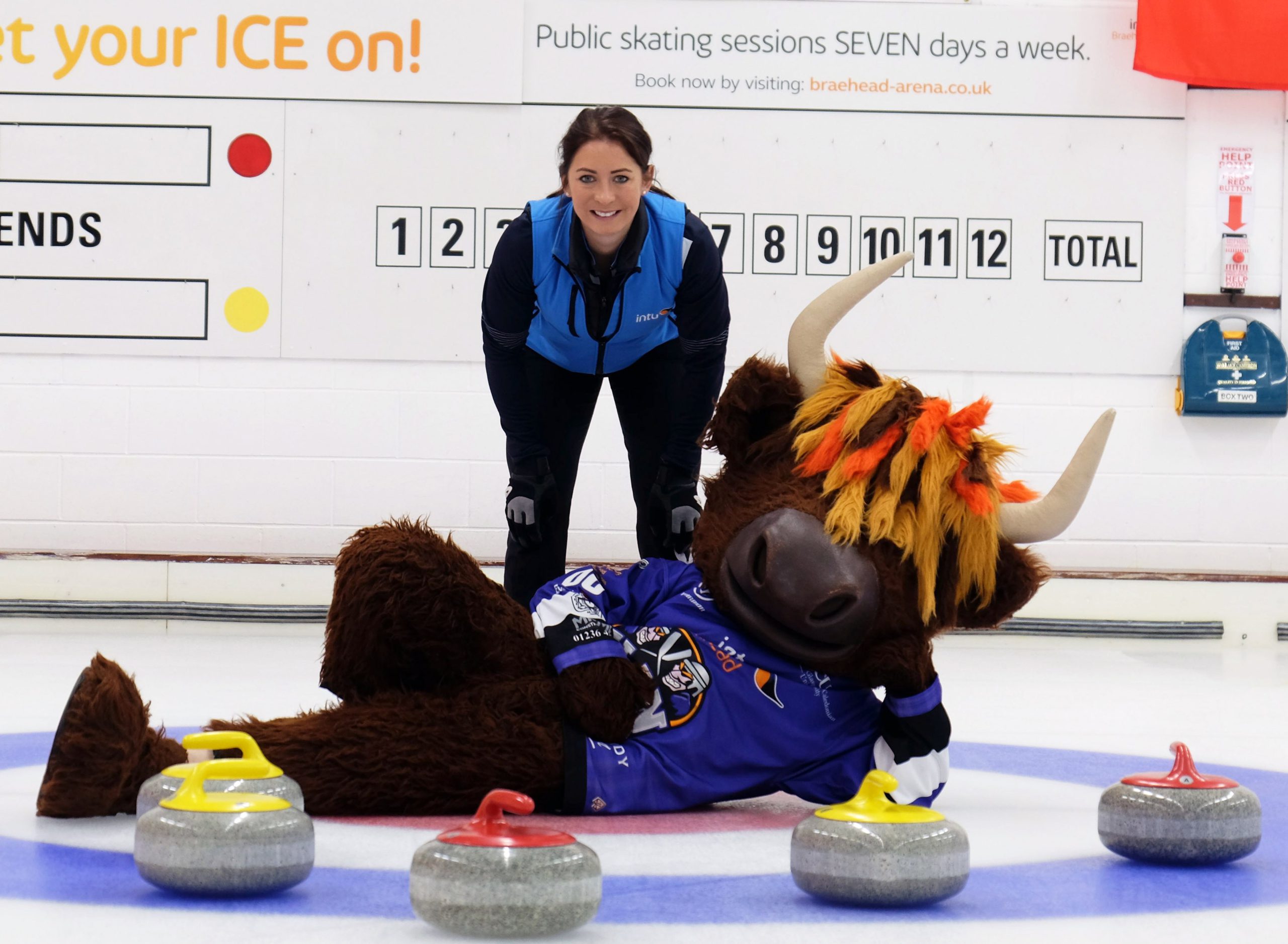 And the Braehead Clan ice hockey team mascot, Clangus couldn’t resist the chance to brush up on his curling skills with some coaching from Eve, who is intu Braehead’s Curling Ambassador.

General manager at intu Braehead Leisure, Scott Martin said: “It’s fantastic that people interested in curling, no matter how experienced they are, or if even they’re just a novice, were able to be coached by a champion curler.

“Eve and her team did us all proud by winning the European Championships and who knows, we may even have another top class curler in the making from the young curlers who come along to our Saturday Sweep sessions.

“Although I’m not sure Clangus falls into that category, as he coo-dn’t quite master the skills needed to be a curling champion.”

Log on to www.braehead-arena.co.uk for more information about the Saturday Sweep curling sessions.