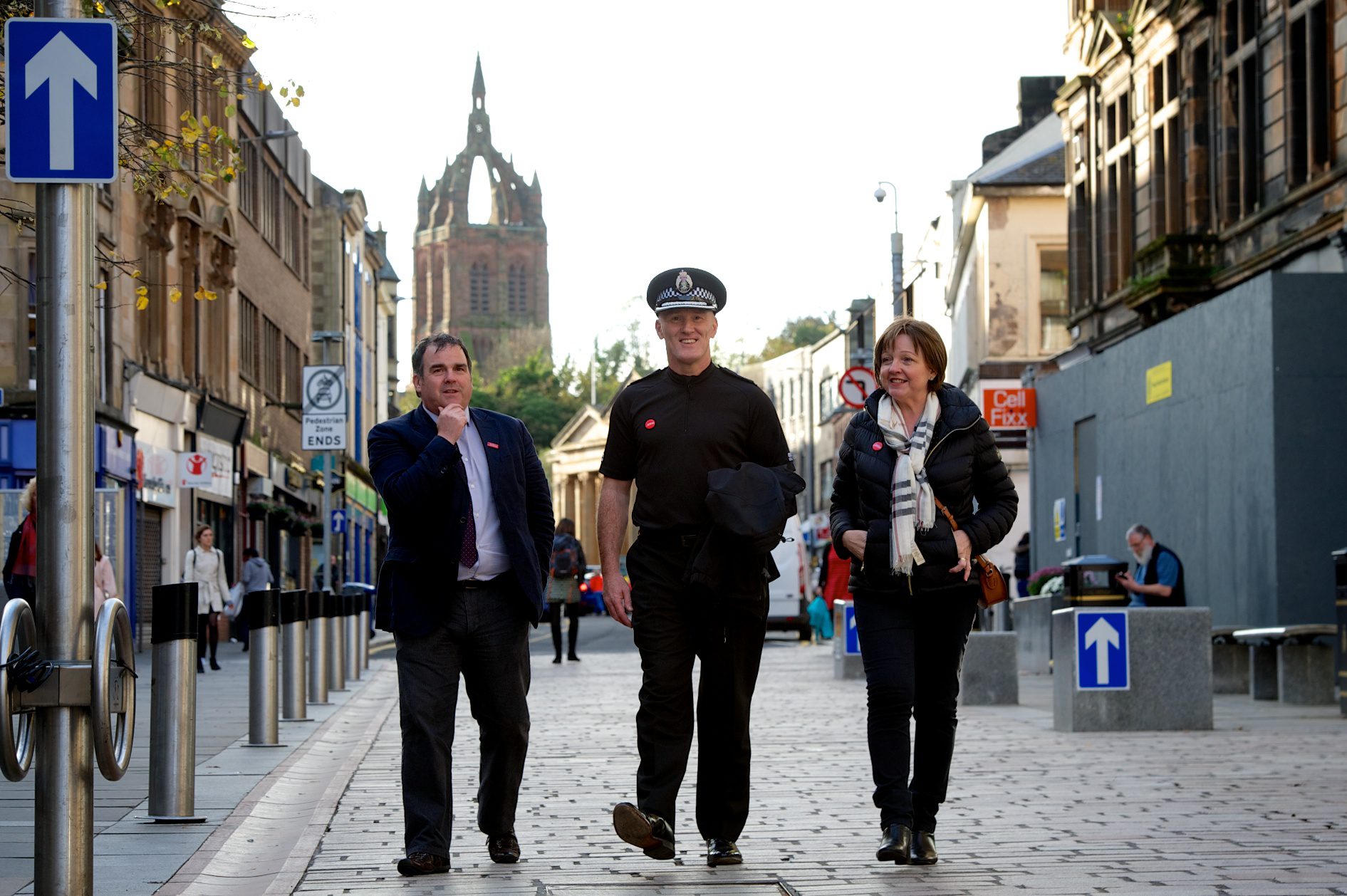 Renfrewshire’s policing plan for the next three years has been welcomed by Renfrewshire Council Leader Iain Nicolson. It has been formed following extensive public consultation and detailed discussion with the Council and its community partners to identify common issues across Renfrewshire. 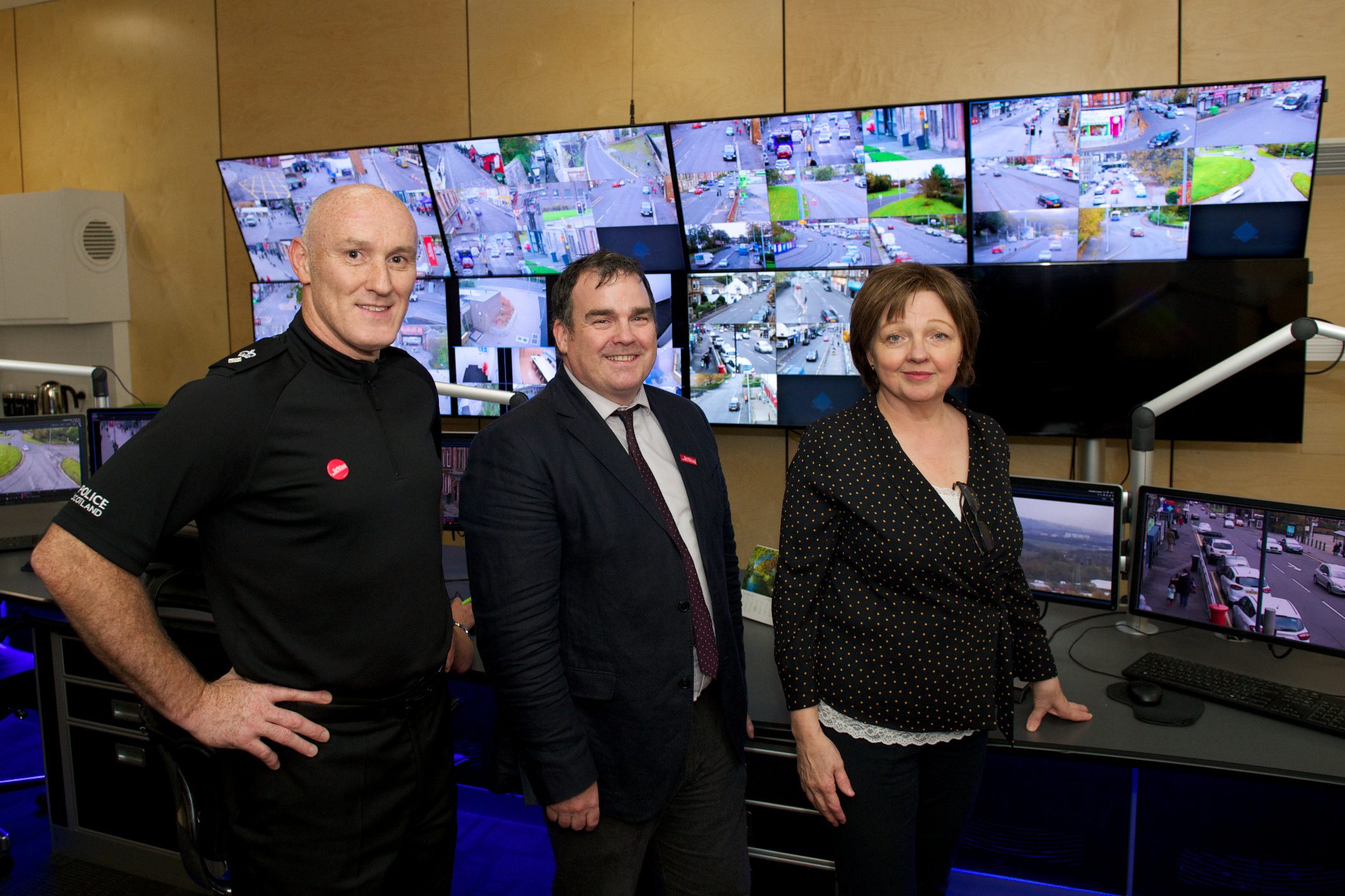 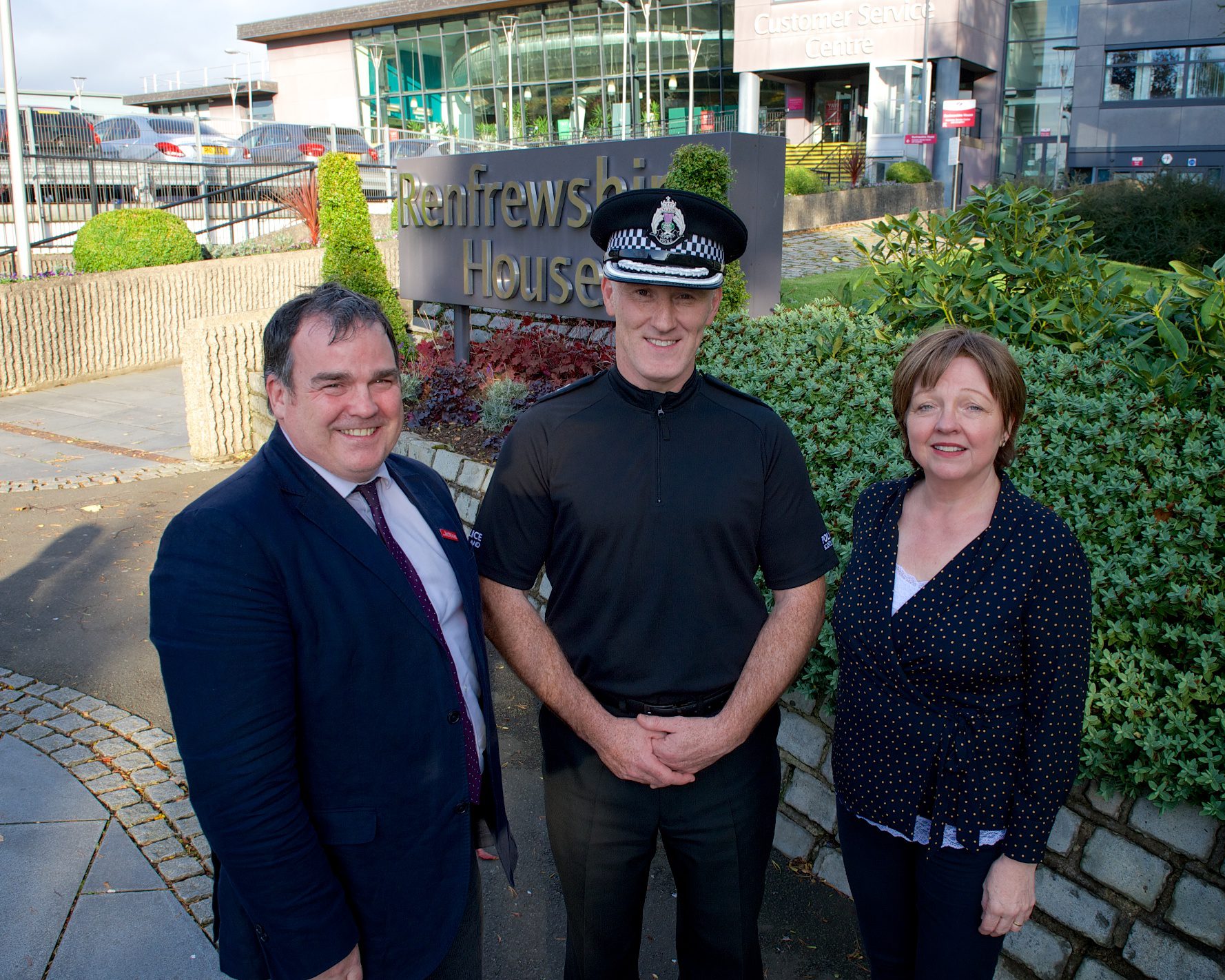 Renfrewshire Council Leader Iain Nicolson said: “Local communities are at the heart of everything the Council and local policing does.

“The policing priorities outlined in this plan are rightly formed by listening to the views of local communities and have been aligned with the new 10-year Renfrewshire Community Plan.

“This joined-up, collaborative approach being undertaken in Renfrewshire supports our aim to create a safe, strong and thriving Renfrewshire.

“I would like to take this opportunity to formally welcome the new Divisional Commander and extend the support of the Council to deliver on these policing priorities.”

The plan details enhanced training and education to protect people at risk of harm, with a growing demand on policing from mental health incidents in Renfrewshire.

Serious and organised crime will be targeted through proactive enforcement to disrupt drug dealing.

The plan will also build on the success of the state-of-the-art Community Safety Hub, which sees Council teams and police working together to identify and address community issues quickly and effectively, targeting problem areas for anti-social behaviour, violence and disorder.

Chief Superintendent Gordon Crossan, Divisional Commander for Renfrewshire and Inverclyde, said: “This key document reflects our commitment to deliver policing which is visible, accessible and responsive to the needs of Renfrewshire’s communities.

“Excellent local policing can only be achieved through a collaborative partnership approach and with the continued support of the communities we serve.

“We have achieved much success locally in partnership with Renfrewshire Council through initiatives such as the Community Safety Hub and together, we will work to ensure Renfrewshire is a safe place to work, live and visit.”

Councillor Marie McGurk, Convener of Renfrewshire Council’s Police and Fire & Rescue Scrutiny Sub-Committee added: “Scrutiny and transparency is vital as it enables us all to achieve our ambitions for Renfrewshire and support our local communities.

“I look forward to continuing the close partnership working with colleagues in Police Scotland to ensure Renfrewshire is a safe and welcoming environment.”

Glasgow News? Daily Updates part of our network
Gavin Newlands MP supports #givingtuesday, a day to do good for charities