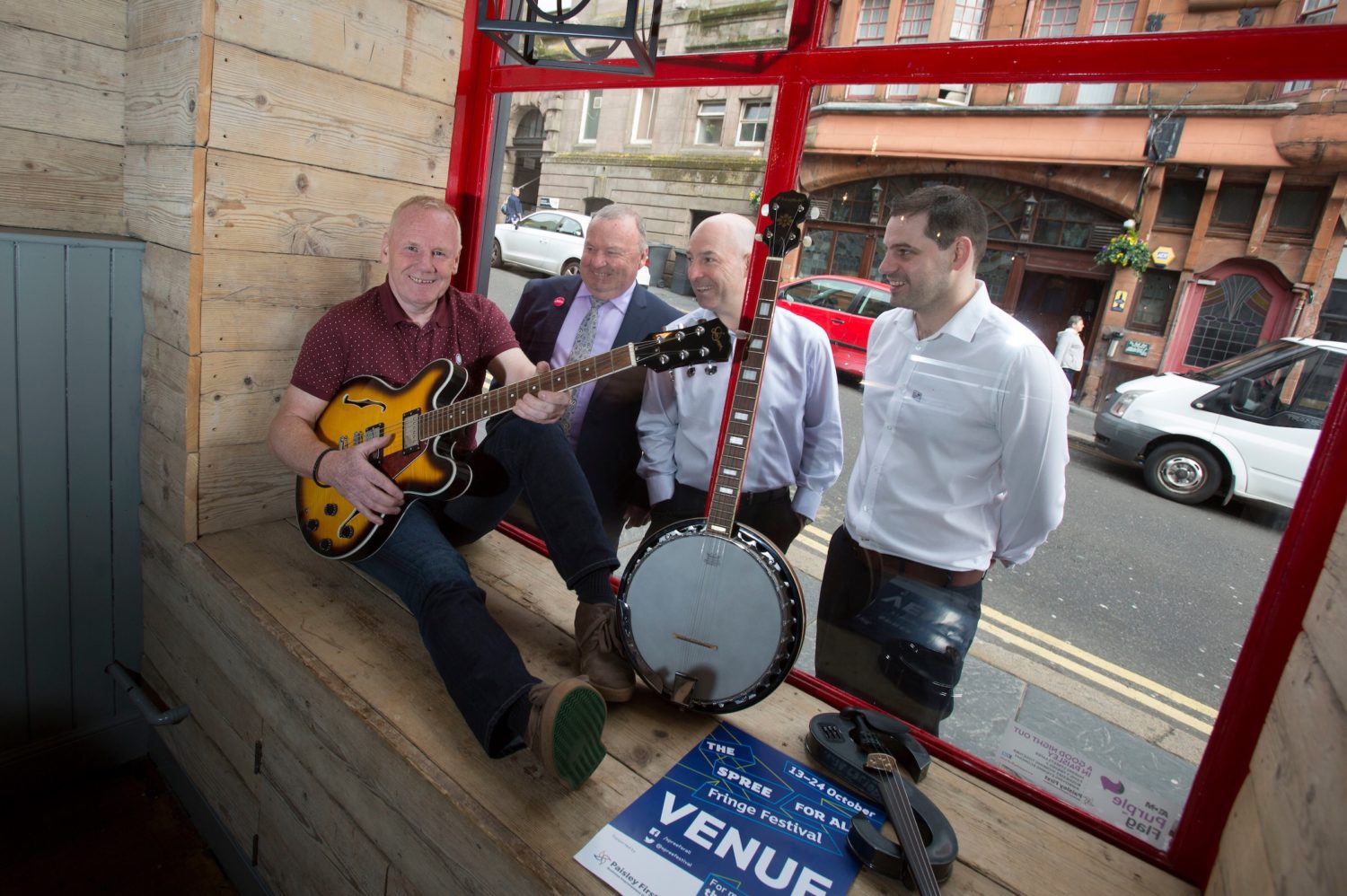 The Spree for All is gearing up to build on its debut last year and is returning even bigger and better than ever. The launch comes as part of the push towards Paisley’s bid to be named UK City of Culture 2021.

Paolo Nutini will headline this year’s main Spree event with a sold out homecoming gig at Paisley Abbey, while indie rock band Frightened Rabbit and singer songwriter  Dougie MacLean are also part of the line up.

The Spree for All, organised by local music charity LNP Promotions and sponsored by Paisley First, sees local bars, cafés and restaurants  host a string of live gigs across the town from 14-22 October. There will be a Family Zone in the High Street on both Saturdays during the event with music, magicians, balloon artists and face painters.

Interactive theatre company Mischief La-Bas will also be adding to the fun with their wacky performances.

LNP co-founder Tommy McGrory said:  “They are street artists who will perform as The Elvis Cleaning Company and also perform a pedestrian Grand Prix. They dress up in moustaches and goggles with plastic cars, it’s great fun.

“It’s all happening in and around Paisley.”

The 150-capacity venue will host top names including Paisley’s Tom Urie, who will appear alongside comic Janey Godley on Wednesday 18 October.

Other venues include the Cave, the Gantry, The Anchor Bar, the Bull Inn, Hamishes Hoose, Zambretto, The Old Swan Inn and the Wee Howff.

The Abbey Bar, Bar Pre and the Bungalow  will also host events, while CC’s features  the H-Arts Drama and Performance groups and  comedy from Gary Little & friends on Friday October 13, as well as poetry readings.

Tommy McGrory  added: “The Spree for All is the coming together of the people who put on live music and more around the town. It’s got pretty big this year and there’s something for everyone in the town. This year the quality and diversity of the programme is even bigger and better.”

The event also features also a youth stage at Paisley Cross on both Saturdays featuring local talent from 1pm – 5pm.

The Spree for All Fringe is sponsored by Paisley First, the non profit organisation set up to deliver a Business Improvement District in Paisley Town Centre.

Chairman Ian Henderson said: “Paisley has a vibrant cultural scene and we are delighted to support Spree for All in their efforts to take The Spree to venues across the town centre.

“We are hoping to encourage as many people as possible to visit the town and take a fresh look at all Paisley has to offer.”

For a full Spree for All programme of events go to: http://www.thespree.co.uk/spree-for-all/

For tickets and further  information on the Spree main festival, go to http://www.thespree.co.uk/ or call the Box Office on 0300 300 120.

Information on the Burger and Keg events can be found at https://www.burgerandkeg.co.uk/

Why South America is the Hot New Destination
Scroll to top