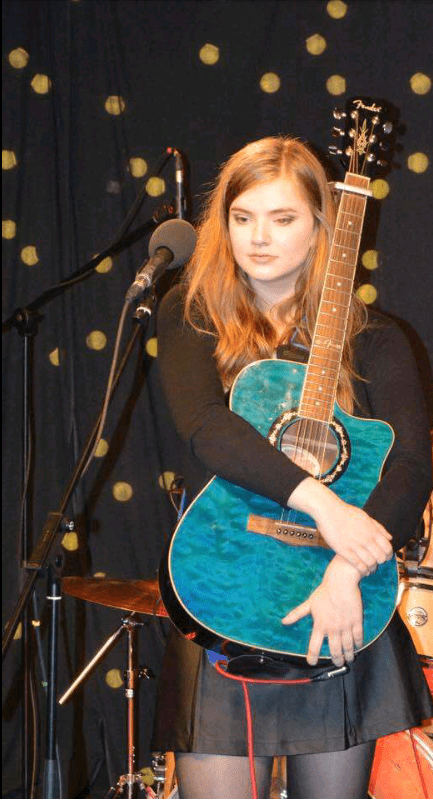 Paisley’s Lisa Kowalski has made it into the final six of a nationwide music competition.
Lisa, and her fellow 5 contestants, all pick up £10,000 each for making it though. The winner of the competition receives a no-strings-attached, top prize of £50,000.
Shortly after the results came through she took to Twitter to announce the news and to thank everyone who voted for her.
Almost instantly she received kind words of support from fans from Renfrewshire and beyond.
Lisa said: “Being recognised on a national level in such a ground breaking competition was a wonderful surprise. It means a lot that success was the result of selection by music industry professionals as well as incredible support from the public.”
The other 5 contenders who made it through are:
Fin Henderson – A million Places
Malaika – Stop For A Minute
Liam Doyle – I Won’t Let Go
Franc & Baby Pink – Erykah & Red Wine
Happi – Forever
Salute Music Makers have developed a whole new way for Music Lovers to vote and become curators in their own right. The final voting stage will be split into two rounds via the innovation interactive voting system, which utilises Facebook Messenger and a specially-designed Facebook Messenger bot.
Round one will see the Top six tracks go head to head with each other via a playlist , for one winning vote by the public, who will give their favourite track some love by clicking on the heart.
The playlist will unlock at midnight on the 29 October and voting will close at 9pm on Wednesday 1st November.
Round two will see the six finalist release a new track via a second playlist that will unlock at midnight 1st November, again the six tracks will fight for one winning vote. Voting will close at 9pm on Saturday 4th November.
The winner will be the songwriter who has the most combined votes from round one and two and will be announced to the world at 6pm on Sunday 5th November.
After round one we will release the rankings of the top six and, so it could all change once the release of the new track has been voted on.
In 2018, further opportunities await the finalists with home-town gigs arranged to champion them in their local community.
30/10/2017/by Brian McGuire
https://www.paisley.org.uk/wp-content/uploads/2017/10/Lisa.png 800 433 Brian McGuire https://www.paisley.org.uk/wp-content/uploads/2015/09/paisley-logo-trans.png Brian McGuire2017-10-30 15:15:332021-05-14 06:51:22Lisa Kowalski makes it into the final six of the Salute Music UK competition

Glasgow News? Daily Updates part of our network
Bring a friend for free