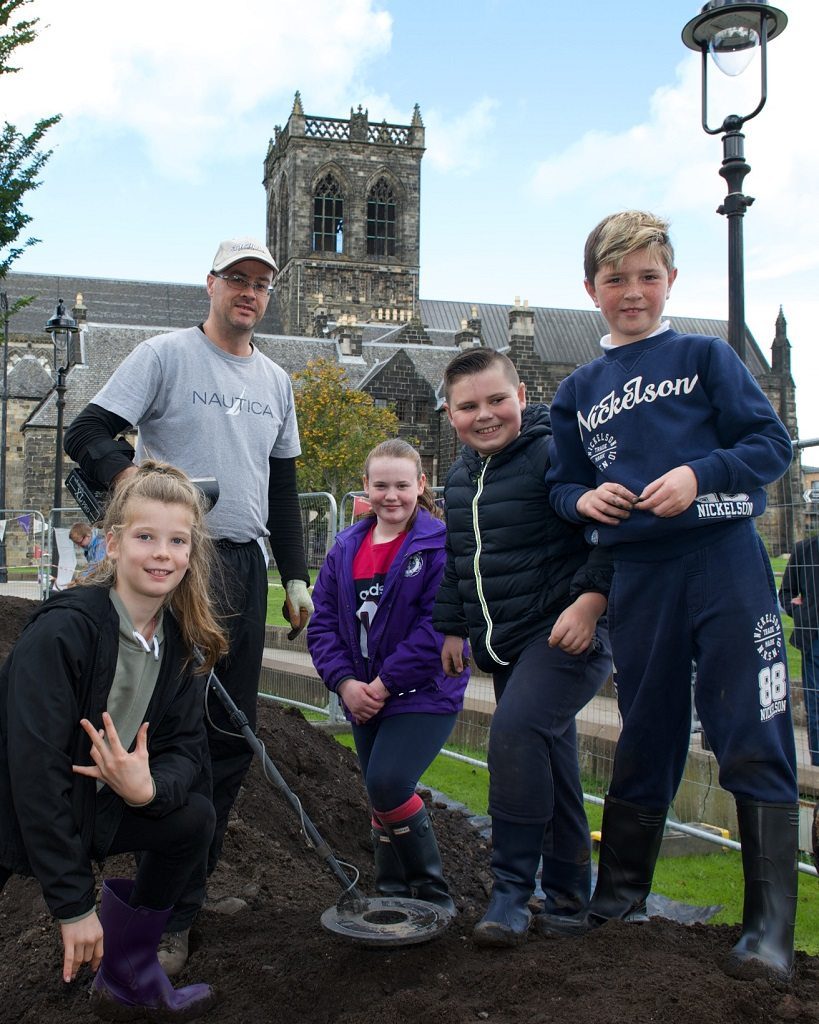 Hundreds of people came out to learn more about archaeology last week by taking part in the Wee Dig 2017.

Local school pupils, community groups and members of the public visited the dig over the course of the week to learn more about the mysterious grounds next to Paisley Abbey.

The sessions involved experiencing the dig itself, learning about various archaeological techniques and looking at artefacts from previous digs.  A film on the Paisley Abbey Drain was also shown to allow visitors to see what is under the area of the dig site.

The Paisley “Wee Dig 2017” project unearthed a previously unexplored part of the Abbey Drain site and allowed people to get involved.

The project was funded through the Heritage Lottery Fund’s (HLF) Stories, Stones and Bones programme as part of the Year of History, Heritage and Archaeology and ties in with Paisley’s bid for UK City of Culture 2021.

Paisley’s iconic 12th century Abbey is an outstanding architectural gem in the town and was also the cradle of the Royal House of Stewart as a number of the Stewarts were buried within its walls. It is also believed that Robert II, the first Stewart king of Scotland and the grandson of Robert the Bruce, was born within the walls of Paisley’s Abbey. The Abbey also has a fascinating underground history – the magnificent medieval Abbey Drain.

Leader of Renfrewshire Council, Cllr Iain Nicolson said: “There has been a great deal of interest from the public to participate in and learn more about the ‘Wee Dig 2017’. It was fantastic to see some many people get their hands dirty and get excited and enthused about the town’s rich archaeological heritage.”

The dig and supporting activities were led by archaeologist firm GUARD Archaeology Limited who managed the project on the ground, delivered the workshops and answered questions throughout the week on the project.