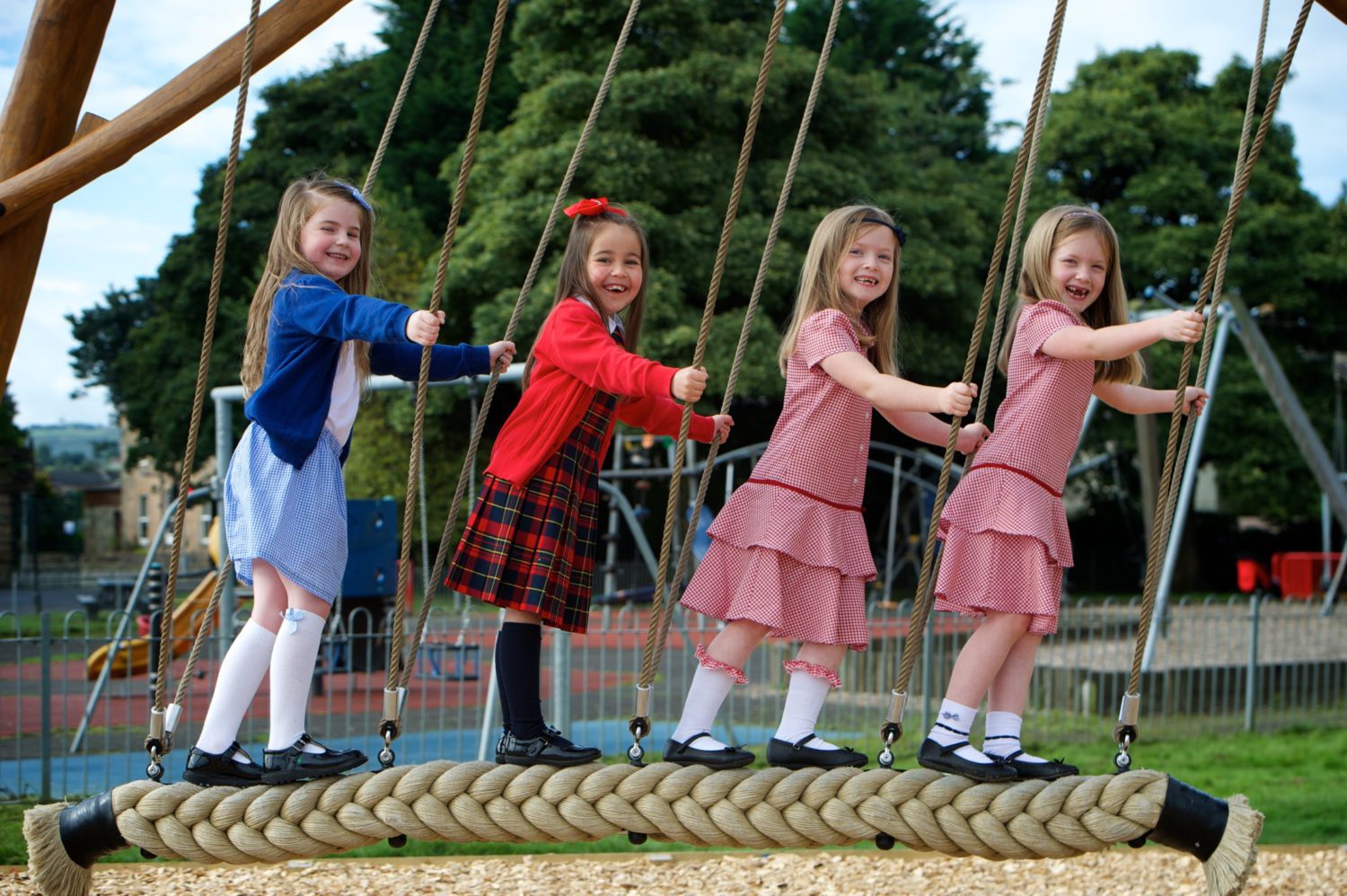 The next stage of a multi-million investment in Renfrewshire’s parks has been completed as a new, dynamic play area opens in Barshaw Park.

The new play area is part of a £2million investment in Barshaw and Robertson Park which has already seen improvements made to the pathways, roads and drainage systems.

A further £250,000 will be invested in five other neighbourhood parks to enhance the visitor experience for all who use Renfrewshire’s parks and open spaces.

Primary 2 pupils from Williamsburgh Primary completed a project on Barshaw Park during the last school year, visiting once a week to undertake inspect spotting, leaf identification and other related activities with the aim of learning how best to take care of the park. Councillor Cathy McEwan, Convener of Renfrewshire Council’s Infrastructure, Land and Environment Policy Board, joined the pupils at the park yesterday as they got the first chance to test out the new equipment.

Councillor McEwan said: “I’m delighted that the new play equipment is now open as a further enhancement to the facilities available in Barshaw Park.

“The £1milllion investment will see families able to enjoy a safe, fun and inviting environment that they can bring their children to for years to come.

“We are committed to providing the best facilities we can for our communities and the further enhancements to Barshaw, alongside the improvements to Robertson Park and the five other smaller parks, will ensure that they provide a fantastic experience for every visitor.”

Installation of new play equipment at Robertson Park is due to be completed in the coming weeks with the improvements to the other neighbourhood parks set to begin shortly after.

For further information on parks in Renfrewshire visit www.renfrewshire.gov.uk/parksandgardens